MORE than 1,500 people had a merry time at the Chinese New Year open house organised by the Tanjung and Padang Kota parliamentary and state constituencies in Penang.

Chief Minister Chow Kon Yeow, who is also Padang Kota assemblyman, was welcomed with a lion dance at the event held at the Lee Sih Chong Soo building in Burma Road.

Among the guests were members of several Chinese associations and Malaysian Indian Chamber of Commerce and Industry plus several assemblymen.

In his speech, Chow said it had been 20 months since the change of government at the federal level and many were happy with the policies carried out so far while a few had their reservations.

“It’s good for the people to air their grouses so the Government can provide better service. 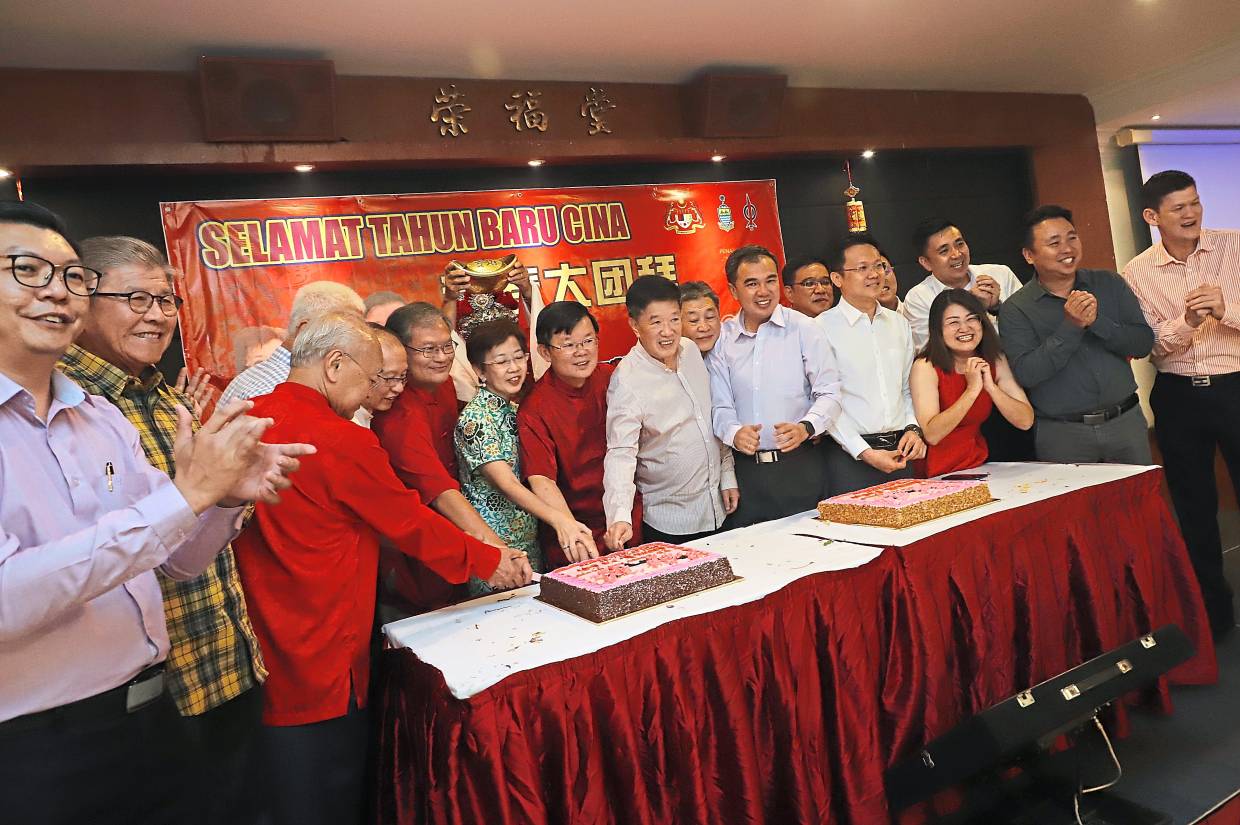 Chow (centre, in red) cutting a cake with guests.

“Feedback from the people should be given due consideration as we were the people’s choice in the last general election and definitely we will not be a one-term Government as claimed by our detractors, ” he said.

The event organised by the Greenlane Heights Village and Management Committee (MPKK) drew about 2,000 visitors.

The crowd was entertained with songs, dances and a magic show while feasting on delicious food.

“We can expect a better year ahead and people will see improvements in their economic wellbeing, ” said Ram Karpal in his speech at the event.