Kenyir dam is a pristine location for freshwater fishing.

This lake, almost half the size of Singapore, offers species such as lampam, tengas, sebarau, kelah, patin, temoleh, toman, belida, baung and kelisa.

The sebarau, kelah and toman species at this lake are known for their aggressiveness and give keen anglers a challenge on their rod and reel.

While it used to be much easier to catch the species at this lake, these fighter fish have moved deeper into the secluded and rarely explored part of the water catchment area because they are regularly hunted.

To find them, you need to secure the services of an experienced local fishing guide to take you to the prime spots deep in the lake. 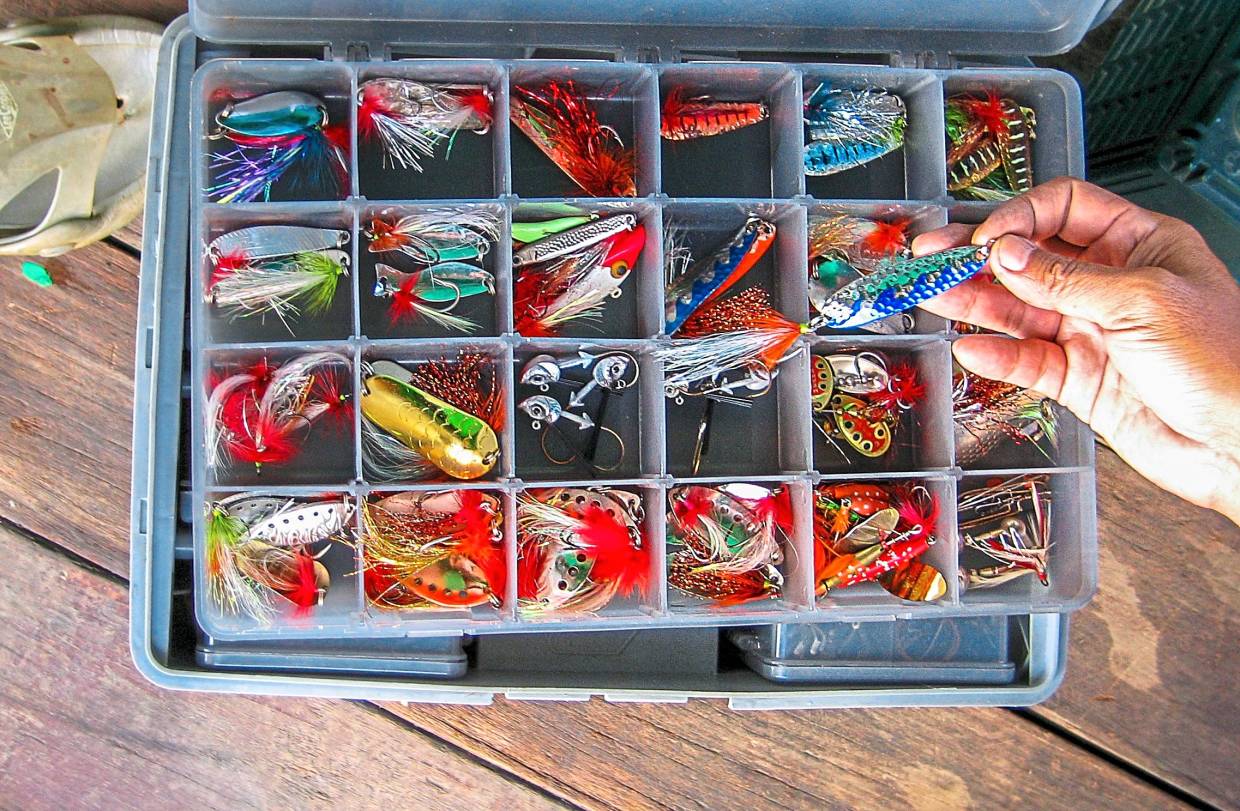 There are a handful of such guides, who are protective of their spots, offering this exclusive service but with strict conditions such as bag limit and catch and release method imposed to preserve the fishing ground.

These guides are also picky about who they bring and will only carry out such trips following recommendations or introductions by those who have sought their service before as an assurance.

The popular method to catch these three species is by using the casting method, where endurance and skills are required to perform repeated throwing and retrieving action to lure the fish.

For casting, different lures are used to attract these species.

For those who are keen on bottom fishing, they can use keli as live bait for toman and other smaller fish for sebarau and kelah.Kelah is also known to take fermented oil palm seed as bait.

For the rod, my preference is a long medium or fast-action rod fitted to a small spinning reel spooled with 20lb braided line. 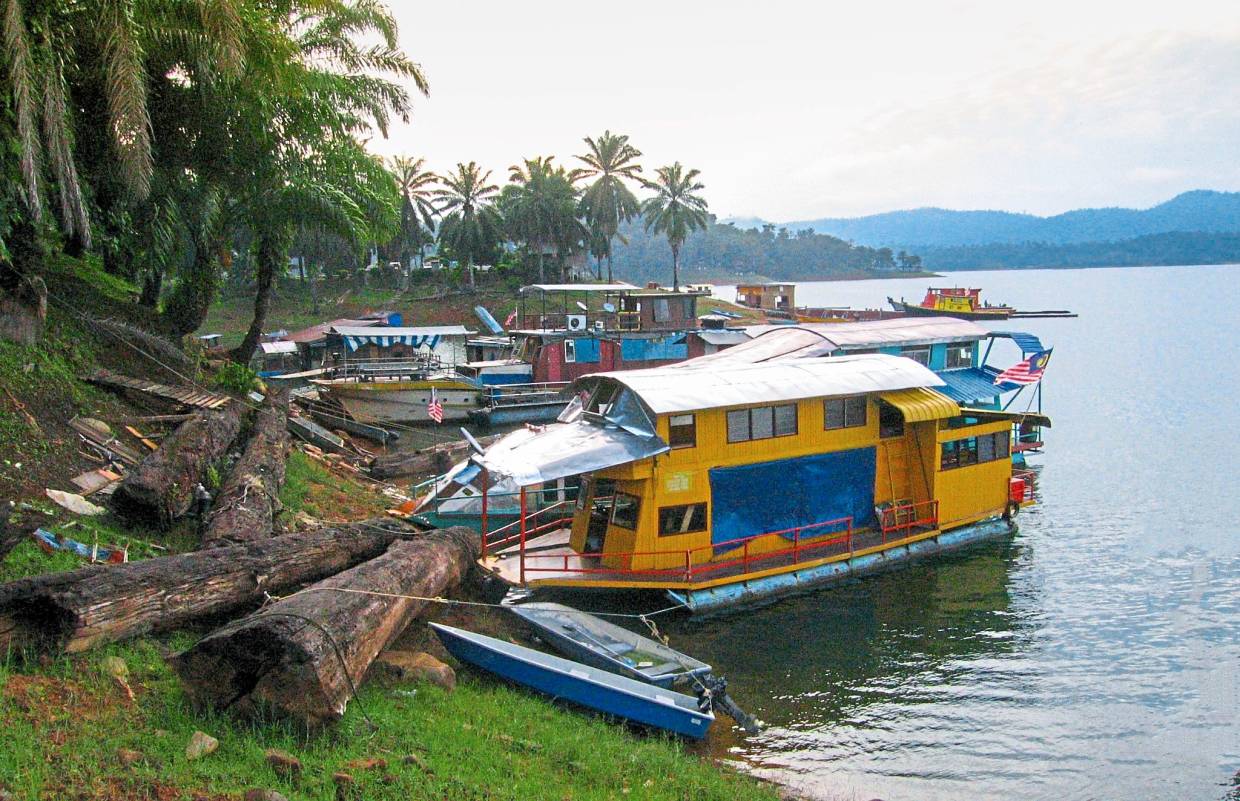 The many boathouses which anglers can charter for fishing expeditions in Kenyir.

I used braided line because it is much stronger and lighter than monofilament and it gives a much further throwing distance.

While these three species can be caught all year round, the best time to catch toman is during the hot and dry season, where it would come to the surface to play and get air.

Anglers have to be on the lookout for the ripples created by the toman to spot its whereabouts.

Using this indication, one can cast repeatedly at the spot where the fish was last seen, as it would lurk in the area for a while.

For sebarau, the rainy season would be the best time to catch them. It is easy to spot them as the fish would come out in a small school to play and hunt for food on the surface. 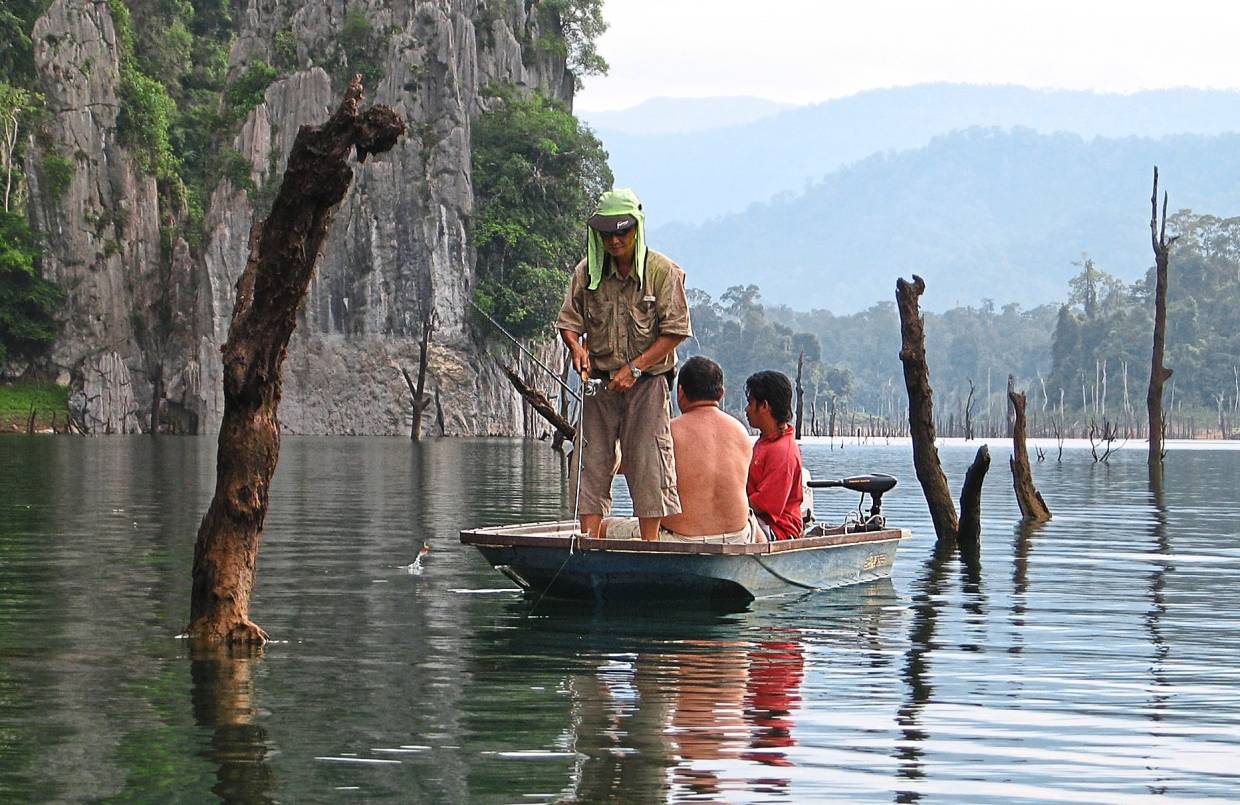 Anglers fishing for ‘toman’ near the submerged limestone hill in Kenyir dam.

Kelah, which can be found in the river and smaller streams, prefers to hide among the rock and swim nearer to the rapids.

The species is also known to take refuge in deep pools or lubuk in rivers.

Kelah moves quickly and quietly and one has to spot them in the river by looking at the moving shadows in the water. Knowing the river and where the deep pools are located also helps in the hunt for this species.

To ensure the population of the three species continues to exist in Kenyir dam, anglers must adopt the catch-and-release practice, especially with the bigger fish during its spawning period.

Keeping the location of pristine fishing spots from public knowledge can also help prevent meat hunters from harvesting the catches found there. 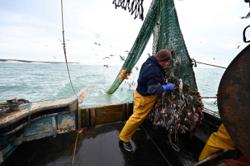 How fish-recognition tech is assisting demand for canned tuna