THE Federal Territories are in celebration mode this month.

The theme for this year Federal Territory (FT) Day is Sayangi Wilayahku, reminding residents of Kuala Lumpur, Putrajaya and Labuan to love their respective territories.

According to Federal Territories Minister Khalid Abdul Samad, it is meant to promote a spirit of togetherness.

“The choice of theme was made in line with the national integration agenda, which aims to forge stronger communal relations in this country, especially in the Federal Territories,” he said.

Various FT Day programmes have been lined up this month.

Despite the budget being slashed from RM2.5mil to RM1.5mil this year, Khalid is optimistic that the celebration will be just as memorable.

The ministry’s key task is to tackle the issue of urban poverty among city dwellers. 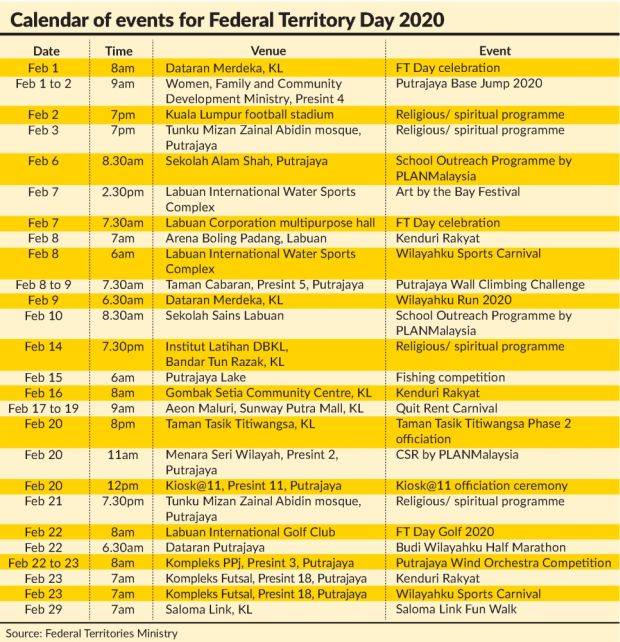 “The committee comprising experts will come up with a blueprint in June to identify effective and long-term solutions to resolve problems,” he said, adding that short-term solutions such as giving handouts were no longer viable.

Resolving outstanding boundary issues with Selangor is another matter on the ministry’s radar this year.

Khalid said the ministry had identified 18 such areas and the Kuala Lumpur Land and Mines Office had consulted its Selangor counterpart on the matter.

“Lack of clarity on the border is causing a problem because it is not clear which local authority holds jurisdiction over these areas.

“This is causing problems in the local authorities with regard to licensing, taxation, services and maintenance of facilities as well as physical infrastructure in these areas,” he said.

The third challenge for the ministry is to kick-start the redevelopment of some 20 stalled projects in Kuala Lumpur.

“The government will offer incentives to developers who are intent on taking up the task to redevelop these white elephants,” he said, adding that one of them was the Plaza Rakyat project that had been abandoned for more than 20 years. 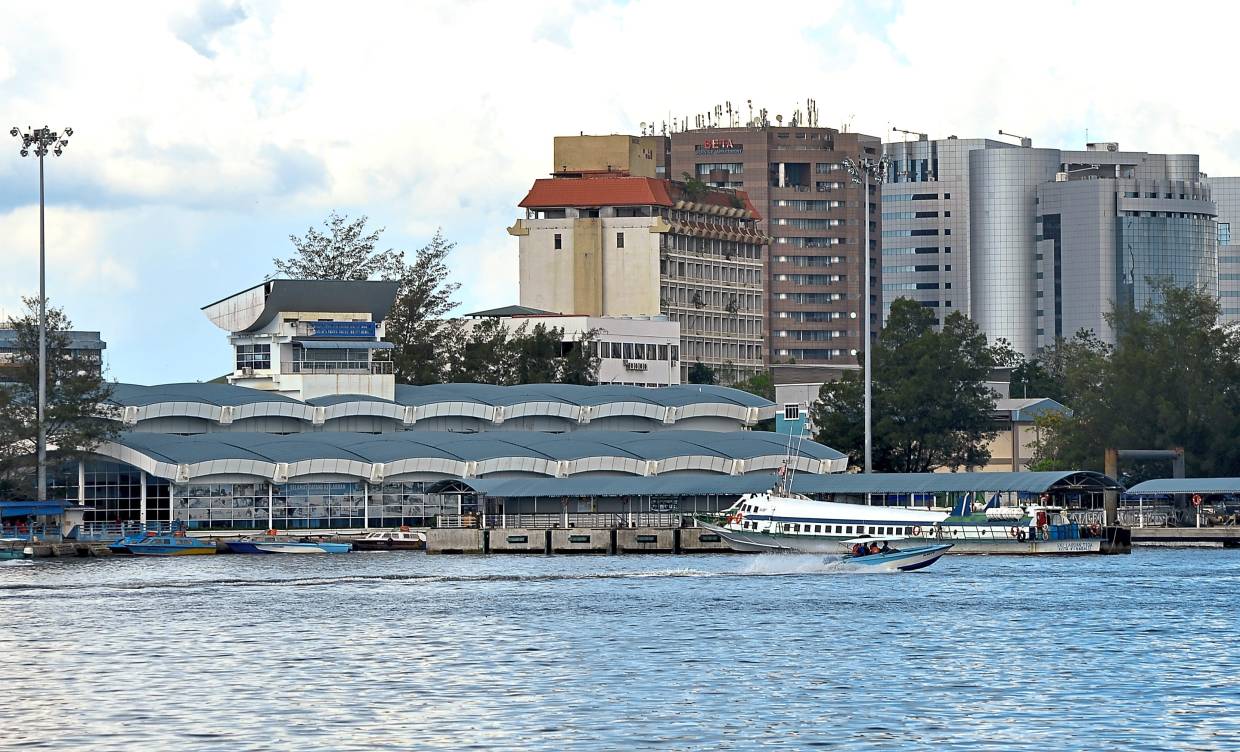 The Sabah government has agreed to proceed with the project to build a bridge connecting the mainland to Labuan.

On Nov 25 last year, StarMetro quoted Khalid as saying that the government would offer multiple incentives to any developer who was willing to take up the task to redevelop abandoned projects, including giving a 50% discount on development charges.

Khalid said the ministry would also offer incentives to private developers to redevelop old housing areas aged 30 years and above.

“However, the developers must consult residents to get their agreement first, with the government acting only as the facilitator,” he said.

Khalid added that the ministry would also step up efforts to realise its Smart City vision through the implementation of the 5G network.

“With 5G network connectivity, the speed of data transmission is higher to allow more roles to be played by artificial intelligence (AI) in the management of cities.

“With increased roles played by AI, we can expect better services in urban areas such as security, cleanliness and traffic management.

“In fact, other public facilities such as schools and hospitals would also stand to benefit from this Smart City initiative,” he said. 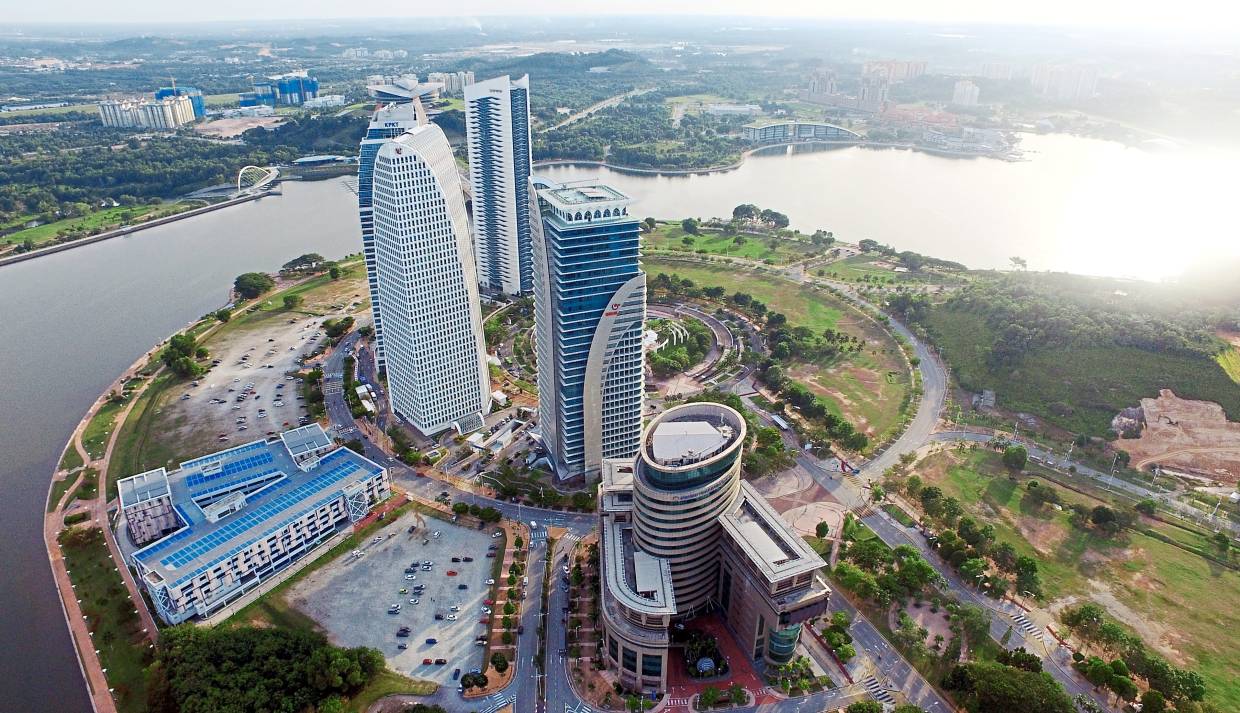 Putrajaya is known for its government buildings like these in Dataran Gemilang, Presint 4.

While much attention would be given to physical development, Khalid said the preservation of green lungs in the city was just as important.

“Pockets of greenery in the city will be identified and gazetted. Once the master plan of these greeneries are gazetted, they cannot be developed,” he said.

One mega project to be revived is the monorail in Putrajaya.

The monorail will link Putrajaya to Kajang, Nilai and Cyberjaya as well as the East Coast Rail Link.

“Because this project spans outside of Putrajaya, it will be led by the Transport Ministry, but with support from us,” said Khalid. 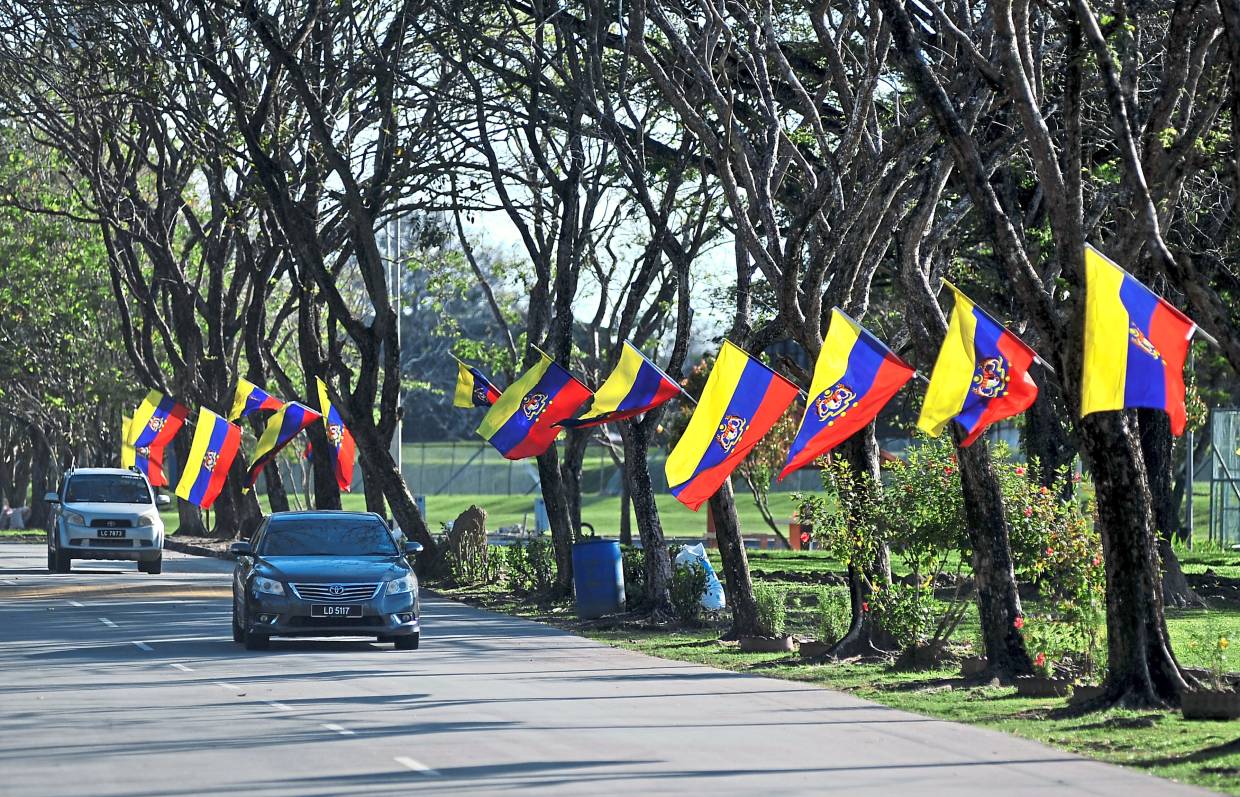 Another project that has been making waves is the proposed 10km bridge connecting Labuan to Menumbok on mainland Sabah.

“The Sabah government has agreed to proceed with the project and we expect the Public Works Department to call for proposals soon,” said Khalid.

One other issue that requires the ministry’s attention is the redevelopment of Kampung Baru.

Khalid said the government, through the Kampung Baru Development Corporation, would continue to engage with landowners to get their feedback and explain the redevelopment efforts.