Right up a shutterbug’s alley

In the span of a few years, the back lanes have been repurposed into a tourist attraction. — Photos: SAMUEL ONG/The Star

A GARDEN boutique hotel exuding the colonial vibe of a bygone era may not sound like something you would find in the heart of Bukit Bintang, Kuala Lumpur; especially considering that it is located in the back lanes of what was once a seedy part of town.

But that is exactly what one would find nestled between old shophouses in an alleyway near the Jalan Alor stretch.

A quick check on Google revealed it was called The Yard Boutique Hotel and it had a pretty decent customer rating with someone describing it as “a back lane hotel with a garden feeling”.

Read on further and you would get: “It was like staying in the countryside but inside the city”.

One cannot help but get that vibe when stepping into the place.

The yellow-orangey tiled courtyard and old trees surrounding the property give off a charming rustic feel, and it would be hard to believe that you are in the city’s bustling Golden Triangle.

But the back lanes tell a different story. It almost seems that here, time has stood still.

Or it could simply be due to the fact that since the area is pedestrianised and away from vehicular traffic, it seems like a world away.

A few steps from The Yard and located in a corner of yet another alley were the warm yellow walls of another hidden treasure, the Amethyst Love Guesthouse.

A few buzzes on the doorway button and the caretaker emerged, a friendly man by the name of Babu.

Inside was a lovely nook filled with Instagrammable opportunities.

On the floor was a small cage with the metal door ajar and a note on the top with the words: “Hi, I am Mr Antonio Banderas. And I love to gnaw your shoes. So, please be careful.”

Babu explained that it was a pet rabbit and that Antonio was often allowed to roam freely.

Now, you wouln’t find that in a regular hotel for sure.

When asked if there were any rooms available, Babu said, “We are fully booked right now and most of our customers book online, ” he said, adding that it rarely gets walk-ins.

The area had changed so much in recent years. Five years ago, it was a series of narrow sidewalks and lanes, with dingy pathways that used to be littered with rubbish.

It was also the hangout of drug addicts, drunkards, vagrants and snatch thieves, and people living and working there would avoid the area like the plague.

Thanks to Kuala Lumpur City Hall (DBKL) and the few million ringgit it pumped into a rejuvenation project in 2015, the area has been brought to life.

In the span of a few years, the old back lanes have been repurposed into a marketable tourist attraction.

And the transformation is amazing! Gorgeous murals and street art dominate most of the alleys and old buildings in the area.

DBKL’s move prompted building owners to pump money into their properties, turning them into profitable businesses.

Today, the fruits of their labour can be seen in the many little cafes, eateries, spa places, souvenir shops, juice bars and laundrette; all incorporated into the theme of the artwork and merged with the backdrop of murals and street art featuring flora, fauna and cartoon characters.

It was a brilliant idea to camouflage exhaust fume generators into giant snails and the cute little cat mural on one of the hotel buildings was a lovely touch.

“I saw the potential of what DBKL was doing when they were painting the place two years ago and decided to put some effort into my building and now, I have never seen more people visit, ” said Lawrence Tan, a business owner who runs a cafe in the area.

“It’s quite vibrant now, ” said Sally Yee, who runs a restaurant nearby.

“We get a lot of young people too and we never had that before, ’’ she said.

For those who are wondering the exact location of these places, a good place to start is Jalan Alor, and when you are there, just ask around.

You will be pointed to an alley nearby and do not worry, it is safe to take the route less travelled. 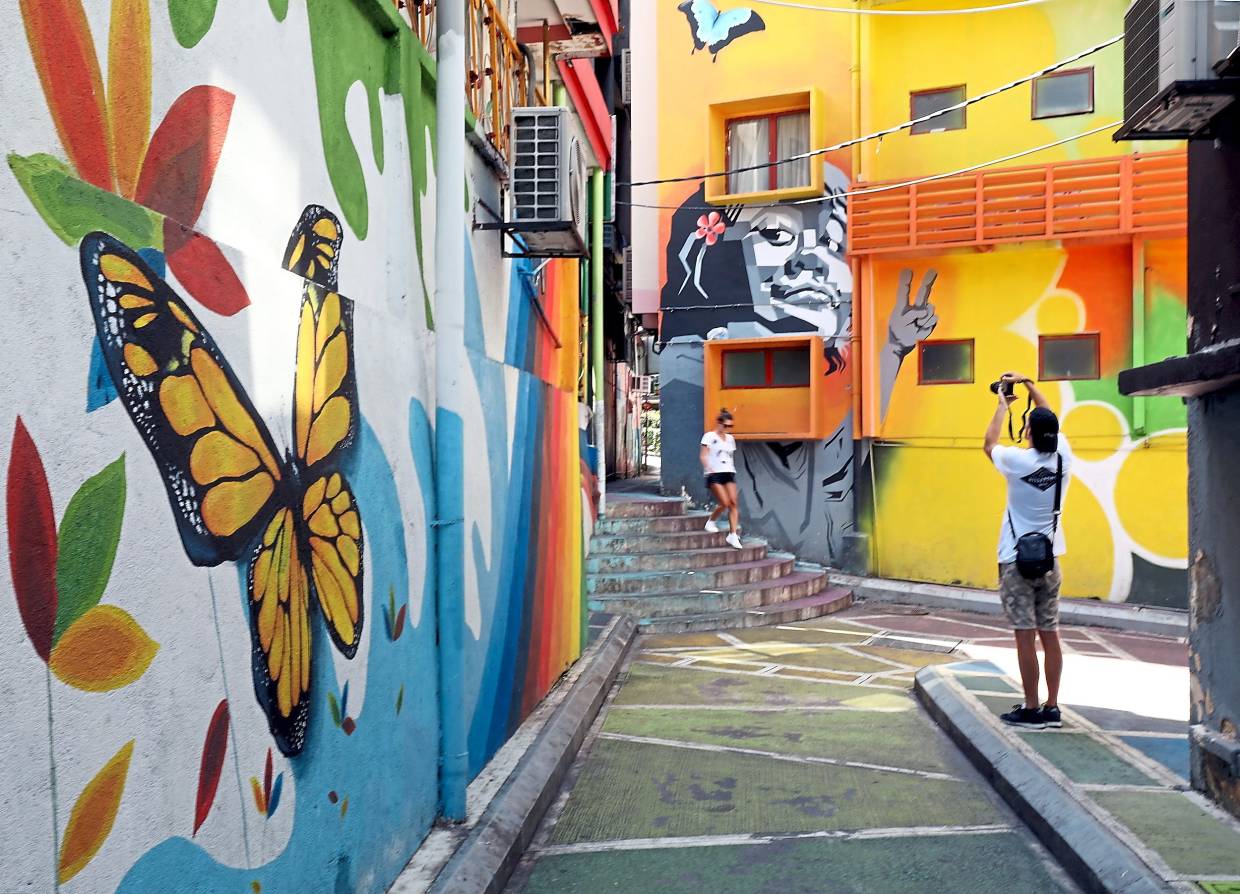 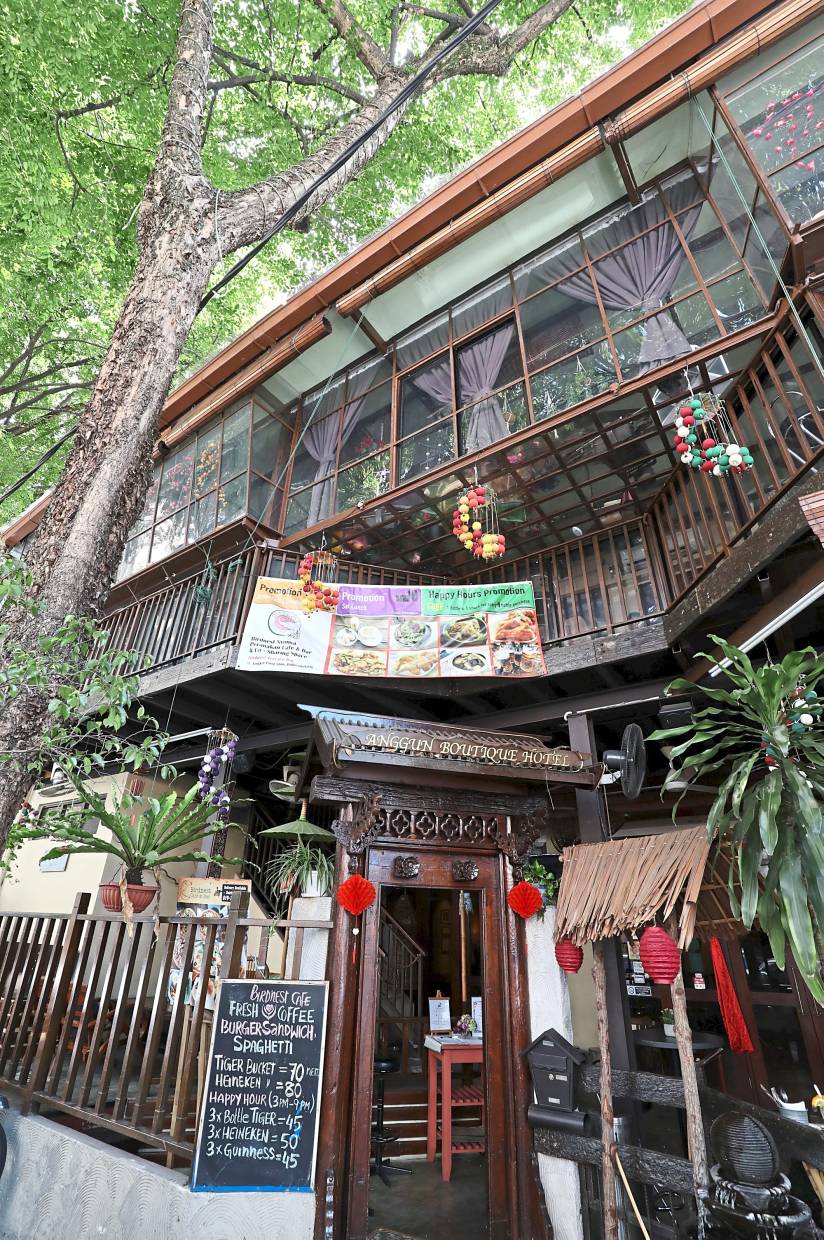 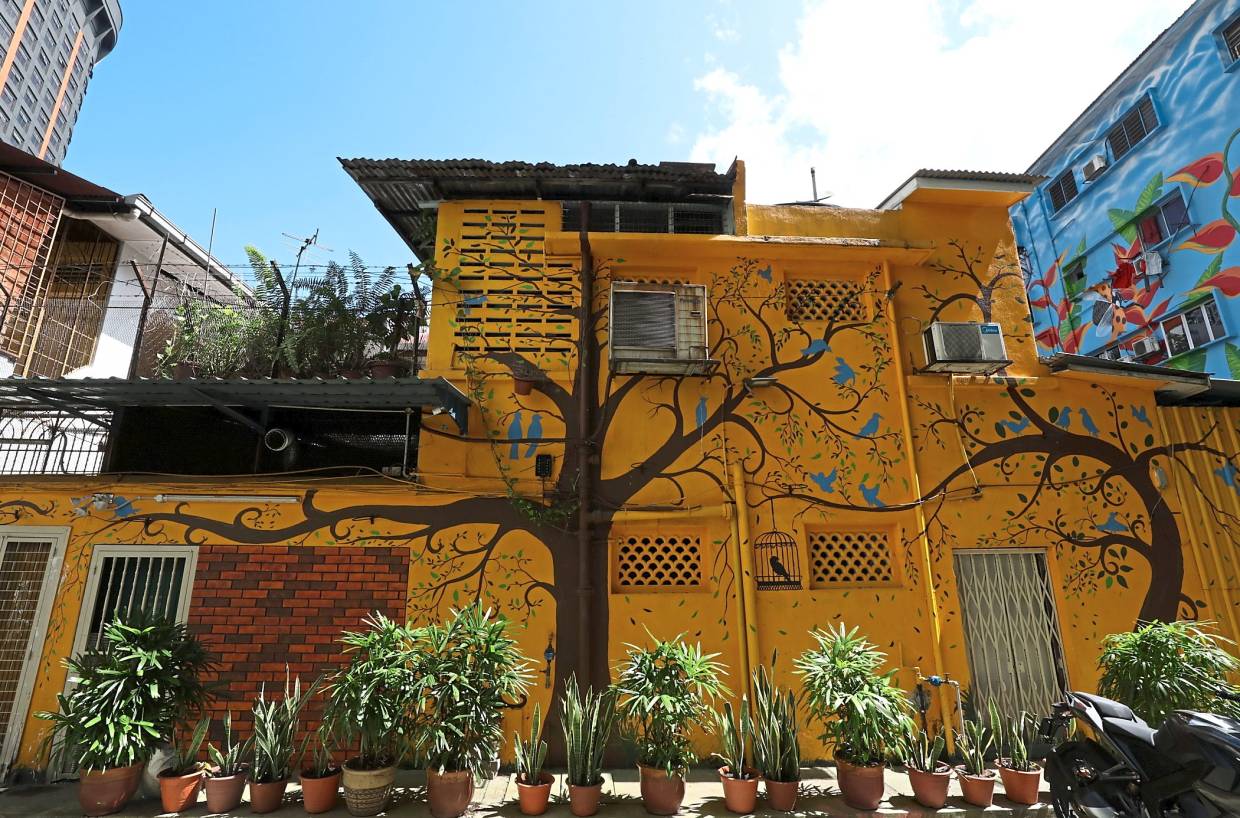 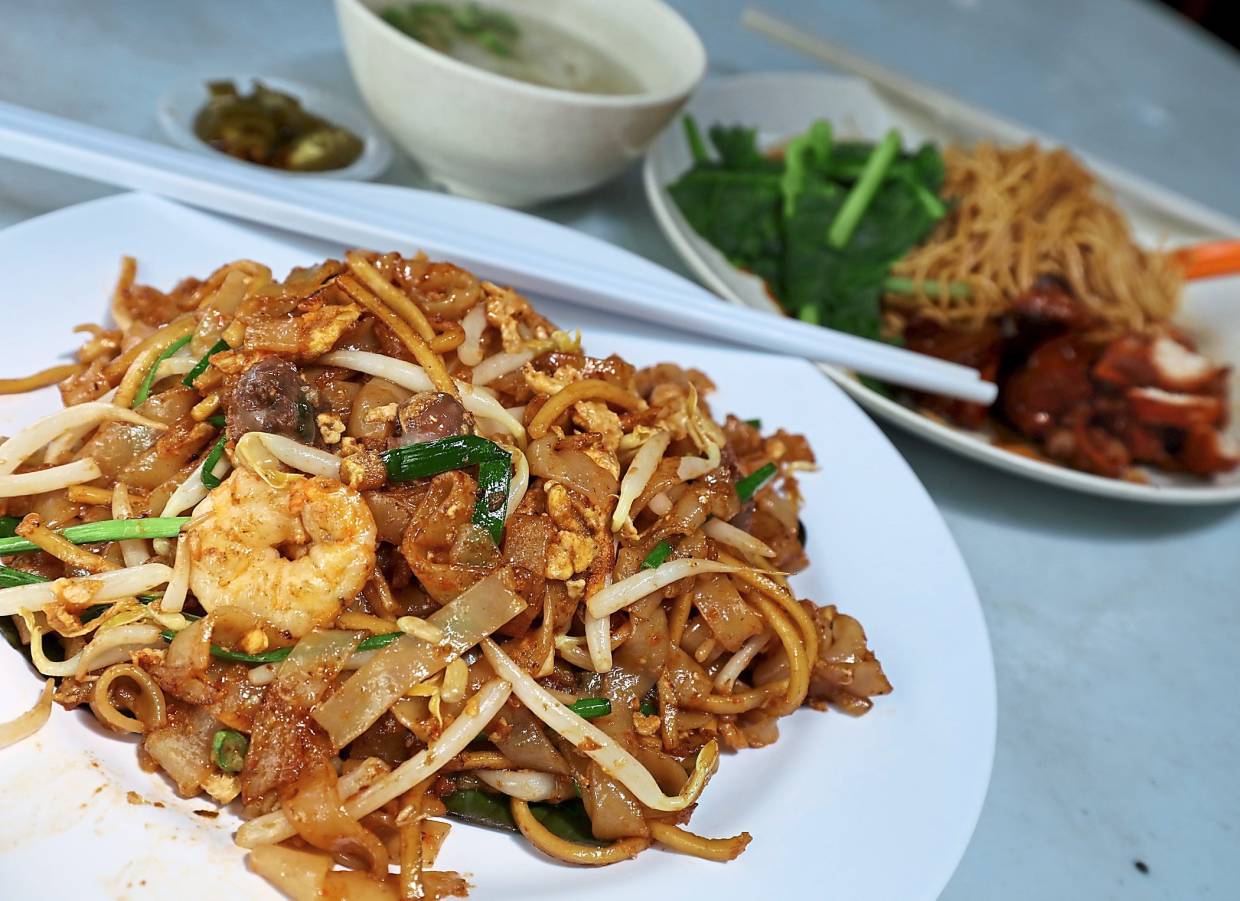 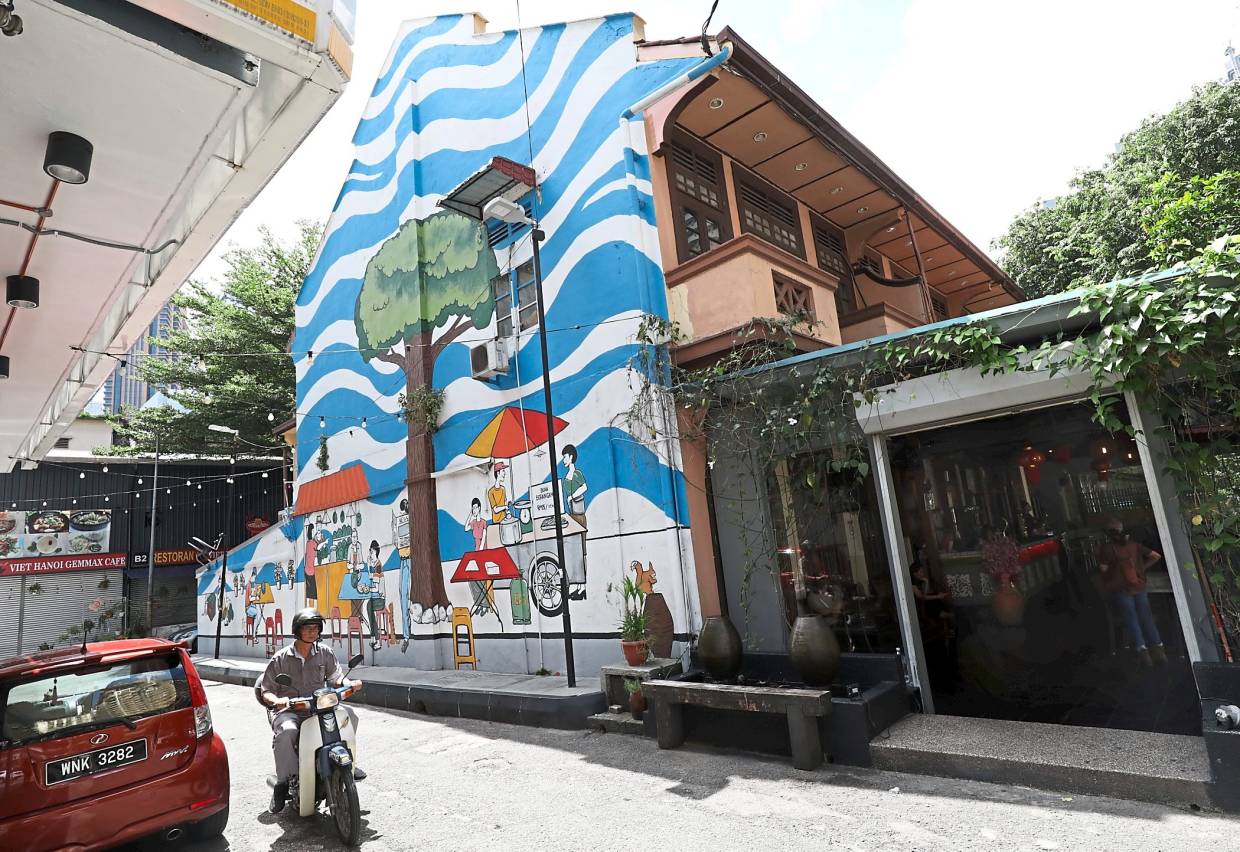 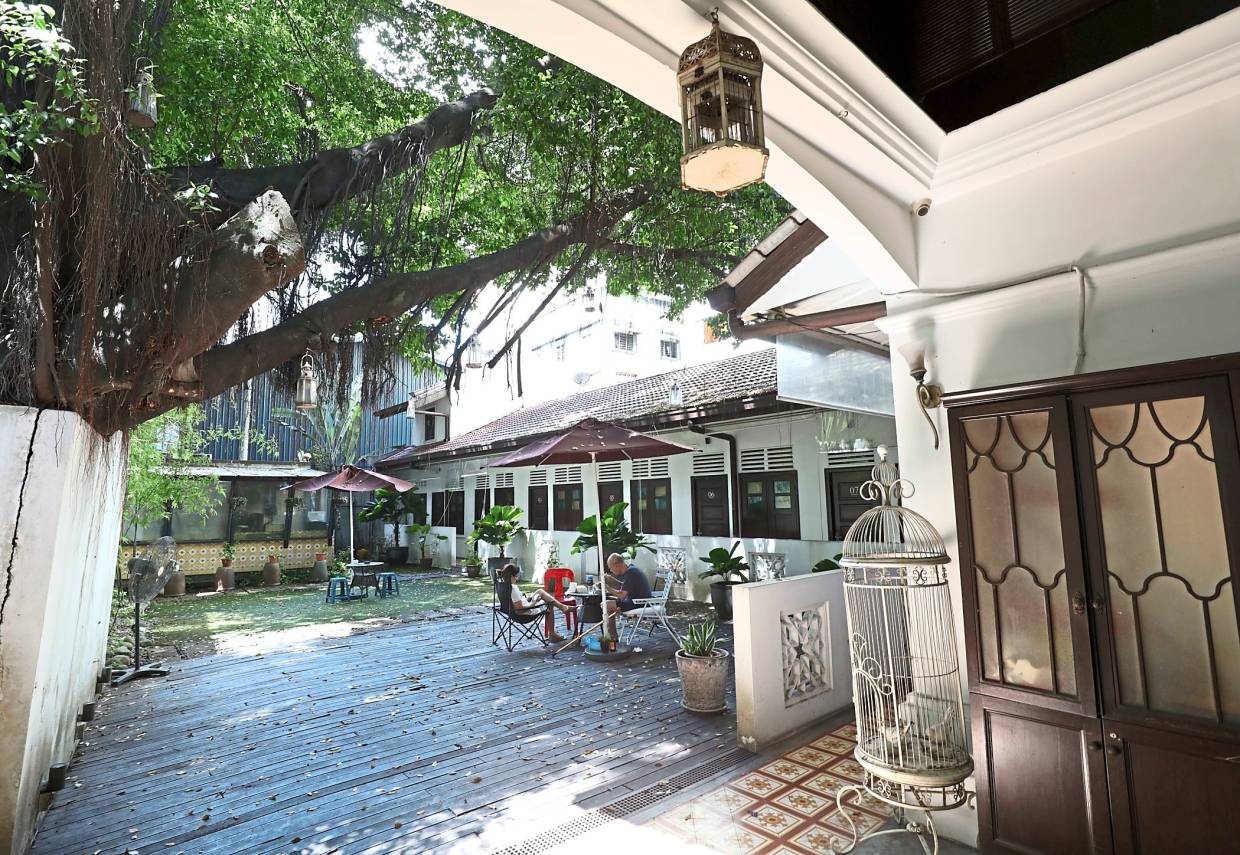 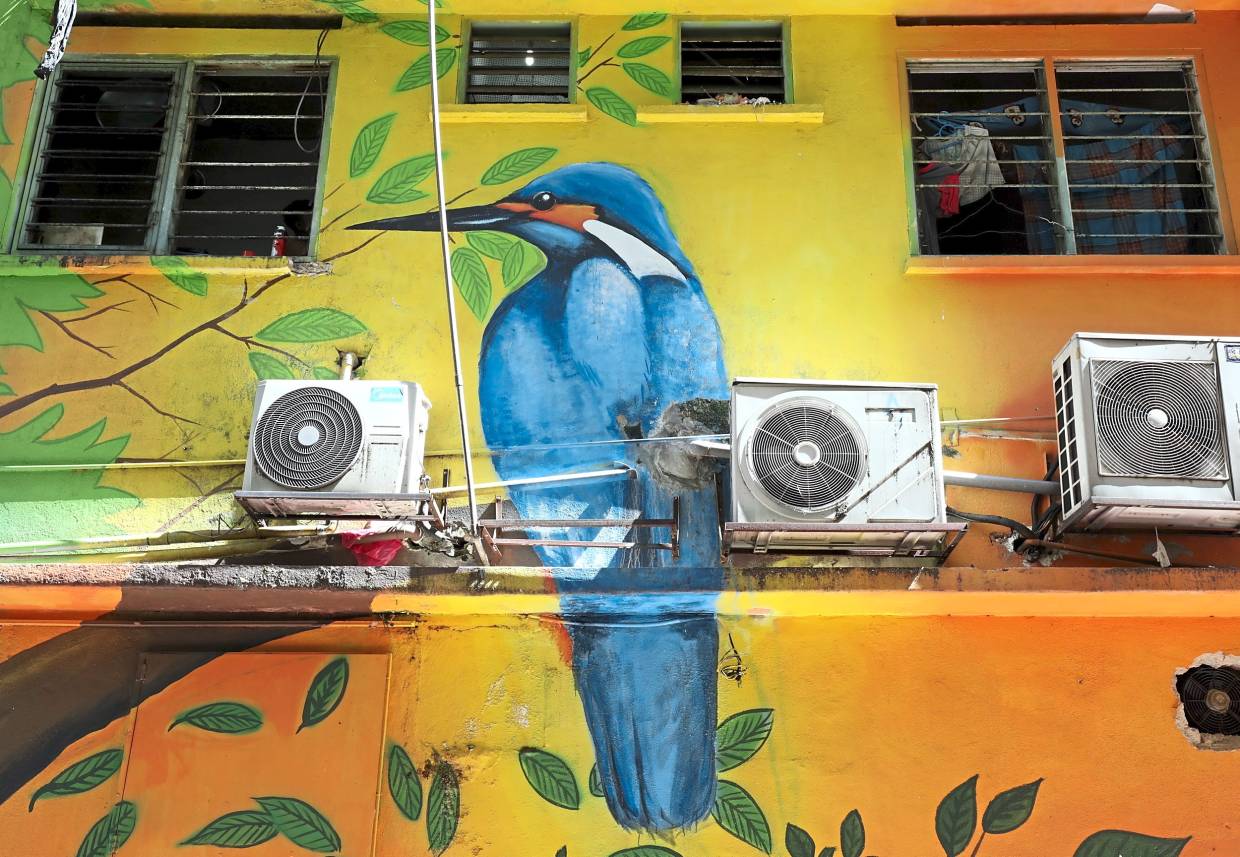 In the span of a few years, the back lanes have been repurposed into a tourist attraction. — Photos: SAMUEL ONG/The Star

A typical south Indian meal can be found near Jalan Alor.

This rustic boutique hotel may not offer the comforts of a five-star hotel, but it is charming nevertheless.

One of the older buildings that has been given an artistic makeover and is a social media lover’s dream come true.

Business owners have taken the opportunity to make their shops vibrant to match their rejuvenated surroundings.

This charming property has been turned into a boutique hotel and exudes a countryside feel.

Murals and street art dominate most of the alleys and old buildings.