From dough to delicate figurines

Keychain decorations made of dough.

Self-taught dough artist Elaine Teoh, 49, has passed down her love of the traditional art to her children.

Teoh, her husband David Loh, 50, and sons Danny, Darren and Derrick have been shaping not just traditional deity figurines but also modern characters such as Angry Birds, Doraemon, Hello Kitty and Pokemon along with superheroes such as Captain America and the Hulk.

“I want to instil an interest among the younger generation, starting with my own children, ” said Teoh at her home in Paya Terubong.

“The young ones liked the figurines based on modern characters and this generated a lot of interest in the art.

“My children followed my husband and me in picking up the art.”

Using a mix of wheat flour and glutinous rice flour, the family of five have created hundreds of different characters.

Teoh said they picked up the craft in March last year and have used over 40kg of wheat flour and glutinous rice flour.

“This is a traditional Chinese craft.

“I picked it up in hopes of passing this craft down to future generations, ” she said.

Teoh said she was invited to showcase the art to pupils of SK Balik Pulau and SJK (C) Sin Min.

“Other organisations in other states also invited me to share the art with them, ” she said.

Teoh said some people even placed orders to buy her figurines when she posted pictures of them on social media.

“We are happy to learn that people still appreciate olden-day art.”

Teoh also found a way to turn the dough figurines into practical items.

“Our figurines can be turned into pencil and keychain decorations as well as earrings.”

Teoh and her family have also created hundreds of mice figurines to welcome the Year of the Rat. 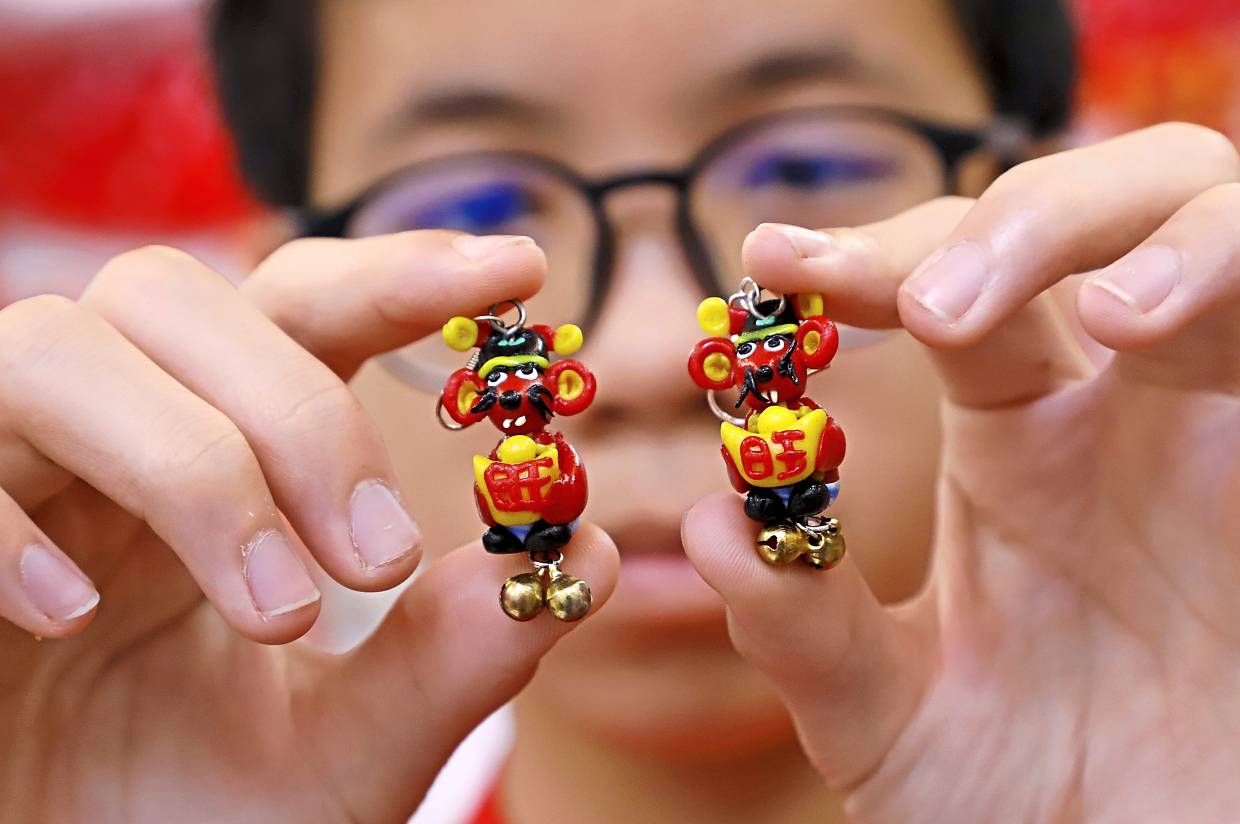 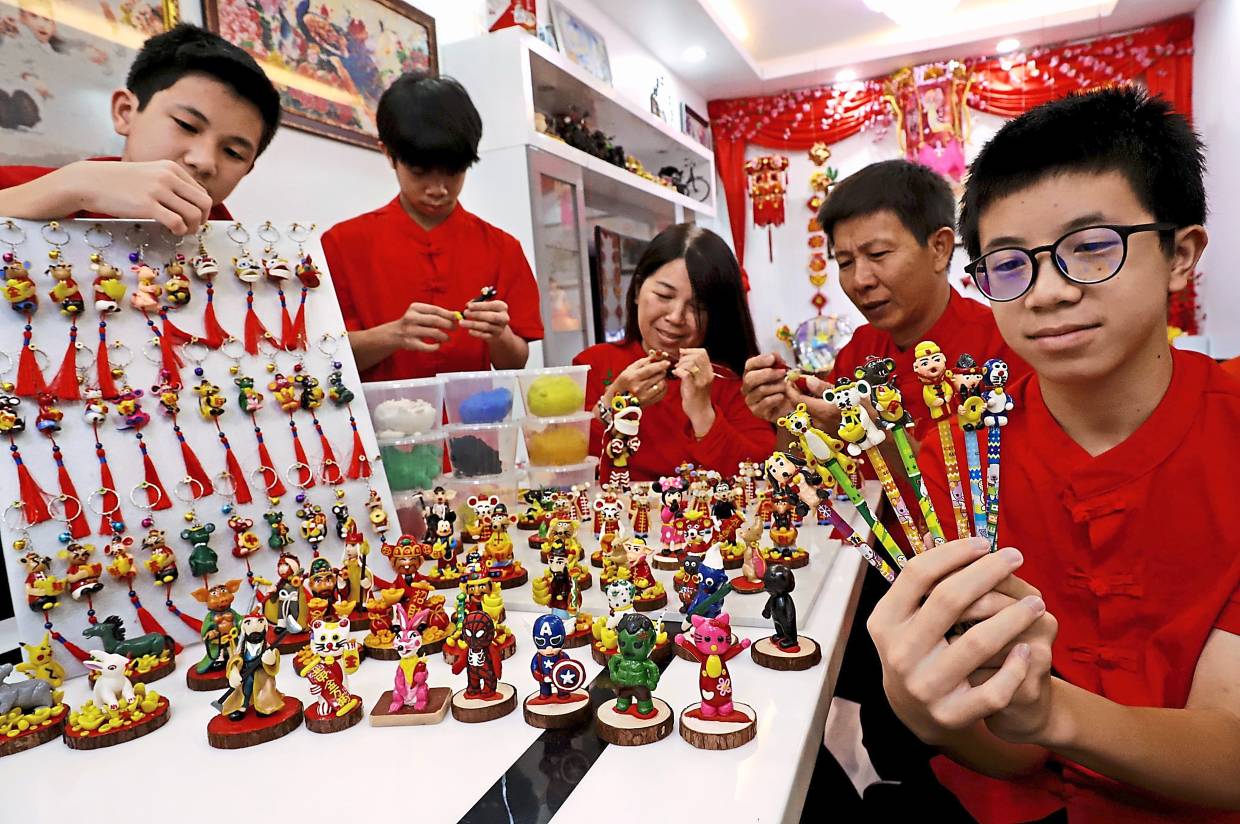 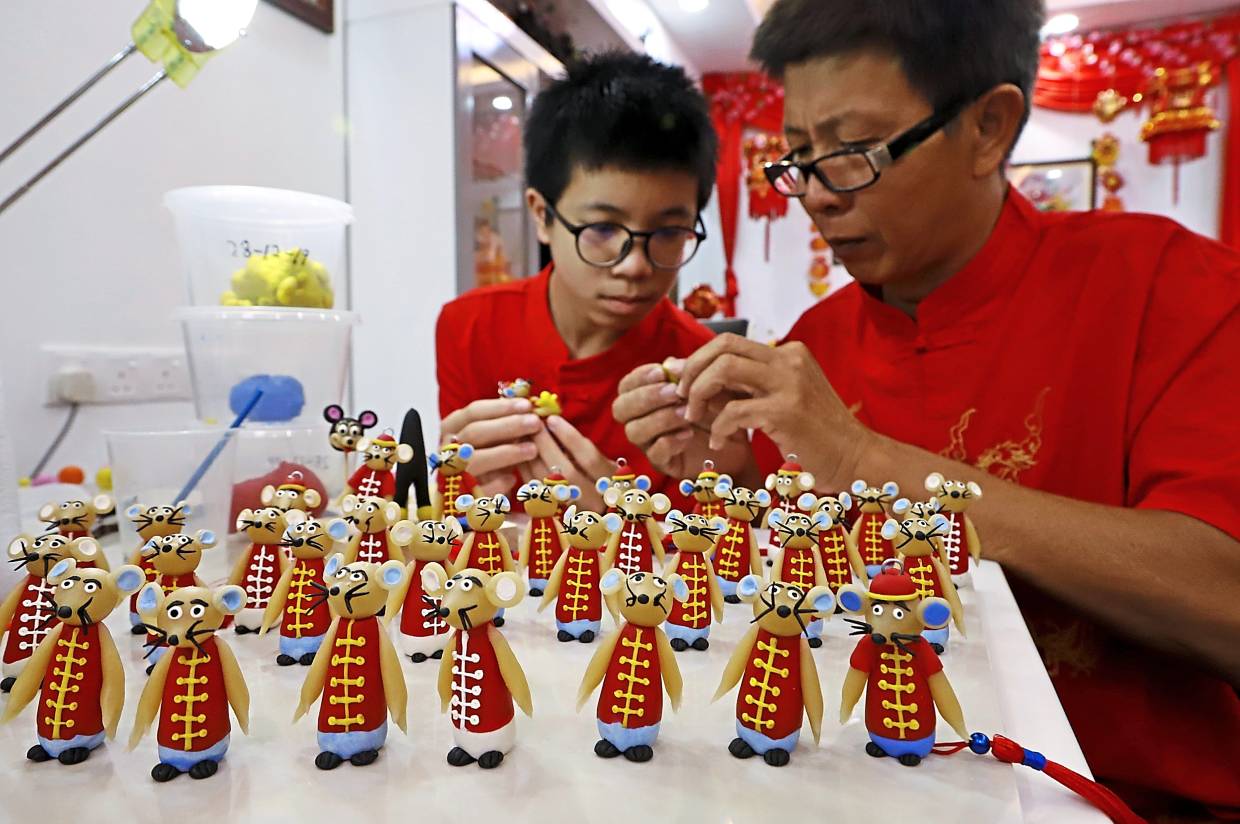 Keychain decorations made of dough.

Spain enters COVID state of emergency to much dismay