A NEW year means a calendar full of festivals and other significant occasions to commemorate.

And then we have the obscure ones that are downright kooky and created just for the fun of it, to celebrate life in general.

Among them are Belly Laugh Day on Jan 24, Backward Day on Jan 31, Old Stuff Day on March 2 where you dust off items in your storeroom and the back of your closet and put them to use again, Mew Year Day for cats on Jan 2 and Worldwide Knit in Public Day on June 13.

There seems to be a day dedicated to something and they are as random as they come, with some even sounding close to being made-up.

When times are tough, these unusual days serve as a way to distract oneselves and laugh a little. Appreciate the deliciousness of fruits and vegetables in fried batter on Fritters Day observed on Dec 2.

People all over the world have some form of fritters in their culture.

On this side of the world, banana fritters are a crowd favorite.

In the west, apple fritters and corn fritters are the preferred snacks.

Take this day to celebrate the diversity of this deep-fried food.

In celebration, look up different fritter recipes and try them out. Then throw a party to get help in finishing up all those fritters.

The day is a great excuse to indulge in a fried snack as well as learn about the food culture in other countries. Having clean toilets is something we often take for granted.

There are many people around the world who do not have access to clean toilets and proper sanitation.

Poor sanitation can lead to several life threatening diseases such as intestinal worms, diarrhoea and schistosomiasis, an infection of the urinary tract or intestines by a parasitic flatworm.

According to the United Nations (UN), 4.2 billion people live without safely managed sanitation.

World Toilet Day on Nov 19 was established in 2001 by the World Toilet Organisation and acknowledged by the UN in 2013.

It aims to encourage UN member states to implement policies to increase access to sanitation for the poor.

It also aims to raise awareness about this issue and encourage people to hold events that can encourage change.

It is a day too, to remind us to leave the cubicle clean after using public toilets. Spreadsheets have made the lives of analysts, accountants and salespeople much easier.

Celebrate the wonders of the spreadsheet on Oct 17.

This day was established in 2010 by Debra Dalgleish.

The date commemorated the day the first spreadsheet programme for personal computers – VisiCalc –was released in 1979.

People can celebrate this day by just acknowledging the importance of spreadsheets in our daily lives.

Another way to honour this day is to learn how to use a spreadsheet, as it is an important skill to have. Have you always been fascinated by the quirkiness of pirate culture? Excluding the looting and pillaging, of course.

Take Sept 19 to celebrate and remember famous pirate catchphrases and other words immortalised in movies.

The holiday was created by John Baur and Mark Summers in 1995 when, while playing racquetball, they started to give each other encouragements by speaking like a pirate.

For the next seven years, it was only celebrated by the two men and their immediate circle of family and friends, until they contacted American newspaper Miami Herald’s columnist Dave Berry who wrote about Talk Like a Pirate Day in his column and popularised the day.

Celebrate this day by exclusively speaking in pirate vernacular.

Drop the occasional “Arrr!” or “Matey” to get the day started. 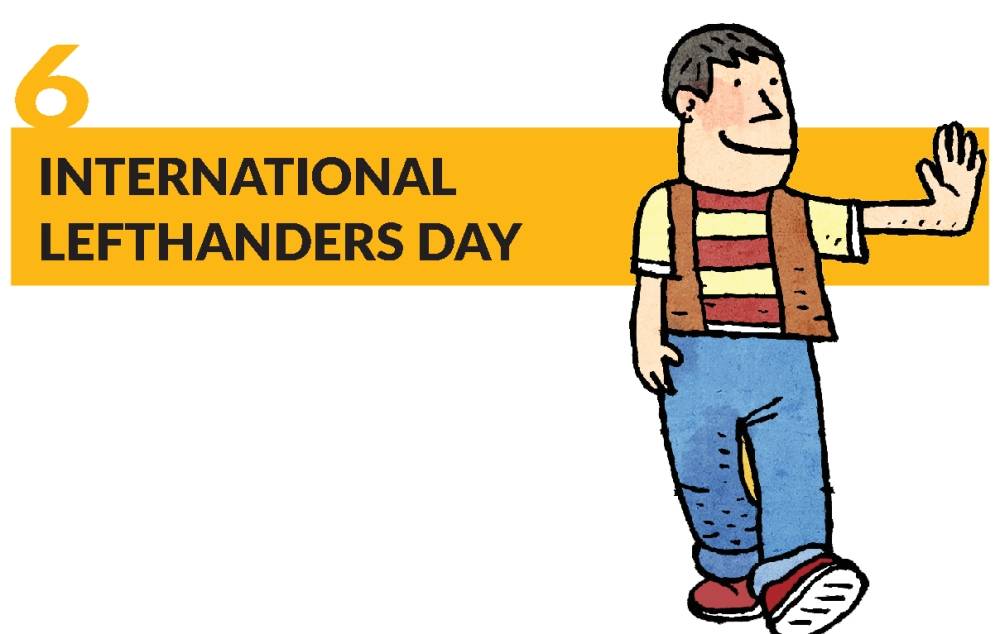 Those who are left-handed often have a hard time adjusting to daily life as most things are right-hand oriented.

Many left-handers have taken to social media to voice the obstacles they face.

Tasks such as writing, playing musical instruments and using scissors are more difficult for left-handers when they have to use tools made for right-handers because the left-handed version of them are still not as widely available as they should be.

Left-handers in medieval times were worse off because their lives were at risk as they were often accused of being possessed by the devil or associated with witchcraft.

Aug 13 is the day to remember and acknowledge the difficulties and virtues of being left-handed.

Right-handers can try to live the day as a left-hander, to experience life through the latter’s perspective. It is bound to be an eye-opener. 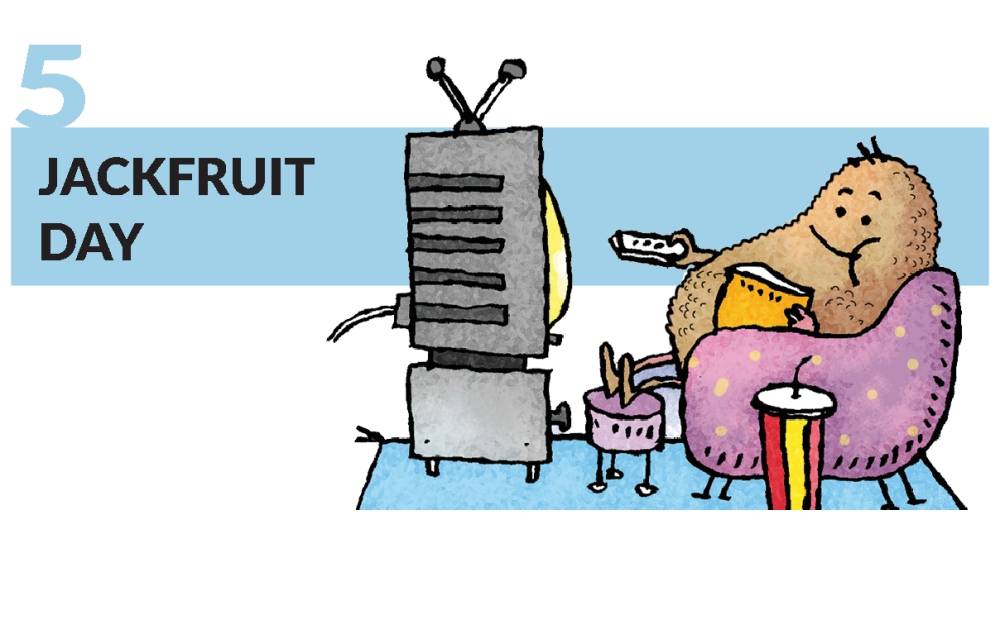 Jackfruits are a popular fruit in Malaysia.

It is sweet and can be eaten raw or cooked.

It is no wonder this delicious and versatile fruit has a day to call its own.

July 4 is dedicated to bringing awareness of jackfruit as a meat alternative.

This is done as part of the movement to reduce meat consumption around the world because animal farming is seen as damaging to the environment.

The jackfruit flesh can be used in salads and even sandwiches since it has a meat-like texture and flavour when it is cooked.

As Malaysians, we see jackfruit in our daily life and it is quite common in our diet. So on this day try out some jackfruit recipes that are more unfamiliar, like barbecued jackfruit.

Recipes to cook jackfruit can be easily found online. Often we are advised not to panic, which is why International Panic Day is so unique.

This day is marked out on the calendar to acknowledge the stresses and panic that happen in our lives.

On every June 18, people are encouraged to give in to the stress and understand that there are things in our daily life that bother us.

There are two polar ways to engage this day.

You can have a complete meltdown about the things that bother you and not hide how you feel about it.

Another way of observing the day is to take a step back from the stress and panic and treat yourself to some rest and relaxation.

The second way of celebrating the occasion is definitely safer and more encouraged. 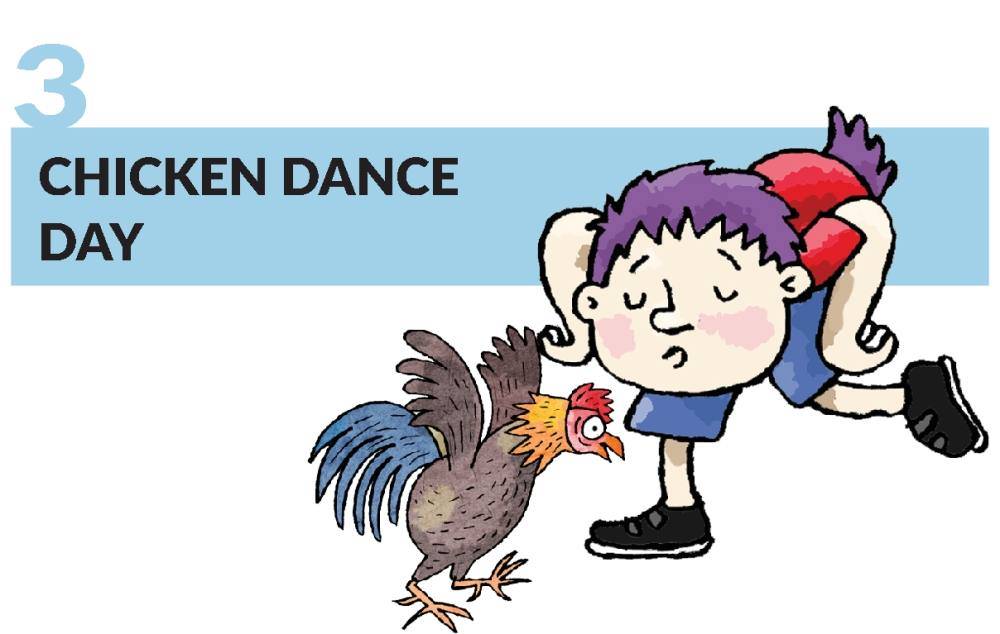 Take the time to pay homage to one of the most well-known dances.

May 14 is Chicken Dance Day to celebrate a dance that most of us have learned as children.

The fun silly dance will usually liven up any party in an instant.

The designated day highlights the dance’s origins and how it came to be the most iconic dance across generations young and old.

The dance was inspired by a Swiss song called Der Ententanz which actually translates into ‘duck dance’.

The name changed over time as different versions of the song were written and performed.

How to celebrate this day is uber-obvious – just do the dance and have fun.

And if you are so inclined, you can level up the celebration with a flash mob!‘ Do not open an umbrella indoors’ is a commonly heard superstition among Malaysian households because they believe doing so will cause bad luck.

The origin of this superstition may be due to the fact that umbrellas are big and have sharp points, so opening one up may injure a person standing nearby.

Brave souls can take the opportunity to test out this superstition on March 13 as it is Open An Umbrella Indoors Day!

This day was invented in 2003 by a man named Thomas Knibb, intended as an invitation for people to defy the superstition and find out whether the belief had any truth to it.

But one should take precautions – find an open space indoors away from people and breakable objects.

Open the umbrella then note any bad luck happening in the following days or weeks. Lounging around in sweatpants at all hours of the day may be frowned upon by your parents or significant other but on Jan 21, feel free to relax in this comfortable attire.

Sweatpants are casual trousers commonly made from cotton or polyester.

The special day was created to remind people to take their comfort seriously and be assured that hanging out in sweatpants once in a while was nothing to be embarrassed about.

Celebrating this day is no-brainer, as it basically involves putting on your favourite sweatpants and taking a break

It is also a reminder take a break from all the stresses of life.

Air Canada celebrated International Sweatpants Day last year by giving out a pair of sweatpants to each of their 250 passengers on a flight from Vancouver to Melbourne.

Read a good book (or a trashy novel) or watch a movie in sweatpants.