A drone performance at Dataran Merdeka, Kuala Lumpur, as part of the launch gambit for Visit Malaysia 2020 featuring the trishaw which is an attraction in Penang and Melaka. — Photos: FAIHAN GHANI/The Star

THE Visit Malaysia 2020 (VM2020) campaign launched with a bang at Dataran Merdeka in Kuala Lumpur with splendid shows of fireworks and colourful drone formations.

As the clock ticked past midnight, some 300 drones flew past the Kuala Lumpur City Hall (DBKL) tower before they hovered mid-air to the amusement of 80,000 visitors in the historical square.

In perfect unison, the drones formed various shapes including a hornbill, a wau, rafflesia flower, the Jalur Gemilang and the number “2020” in a technical performance lasting about 10 minutes.

The new year celebration was just one of many events to be held throughout the year as the country embarked on a mission to attract 30 million international tourists.

Calling VM2020 a national mission, he was optimistic that the increase in tourist arrival would have a spillover effect and create jobs.

“In 2018, the tourism sector employed 3.5 million workers, which was a 4.9% increase from the previous year.

“In 2019, from January to September, the spending by international tourists recorded an increase of 6.9% which was RM66.14bil compared to RM61.85bil in the same period the year before, ” added the premier.

“This national mission will not succeed without cooperation from the rakyat.

“We can all play a role in making sure the campaign succeeds, by practising good values and extending courtesy to all international tourists who arrive on our shores, ” he said.

He was hopeful that VM2020 would bring in RM100bil in tourist receipts.

The Labuan Bird Park in Labuan was recently rebranded and received a fresh cash injection of RM1mil to rejuvenate the park while also receiving 230 new birds from the ministry.

“Some 50 events and programmes by DBKL are already in the pipeline, ” he said.

Kuala Lumpur’s image received a global boost when it was named World Book Capital for 2020 by United Nations Educational, Scientific and Cultural Organisation.

Australian couple from Sydney, Jeremy Bowell, 38 and his wife Tracey Mc Kibbon, 37 said they enjoyed the various food in Malaysia.

“We just came from attending a wedding in Sri Lanka and we wanted to spend a short holiday somewhere in Asia before heading back to Sydney.

“I had my first taste of nasi lemak. I love spicy food and I had my fair share of the sambal, ” said Bowell, adding that they planned to visit Putrajaya and Batu Caves soon.

Bowell believed Malaysia had all the ingredients to be a tourists’ choice with its good hotels and infrastructure.

Programmes and attractions aside, cleanliness will also contribute to the country’s overall appeal among foreign travellers.

The celebration at Dataran Merdeka was marred by tonnes of rubbish left behind by people after the event.

The littering habit among Malaysians paint a rather unsightly image of the country, and this

will not do in view of the nation gearing up to welcome more international tourists.

Newlyweds Mohd Fazriq Asyraf, 25 and Inani Mardhia Muhd, 28 expressed dismay at the lack of responsibility among the attendees.

“This is not how we as a nation that is preparing to launch a tourism campaign, should behave.

“The abundance of rubbish in the city might deter tourists from coming back due to the lack of cleanliness, ” said Mohd Fazriq.

Chery Chan, 40 who attended the launch with her husband and two children, said Malaysians needed to change their attitude and not leave it to rubbish collectors to clean up after them.

“We have a responsibility to ensure cleanliness in our surroundings. It does not matter how good the infrastructures are if the people still retain this backward mindset, ” she said.

Chan expressed full support for VM2020, adding that more promotions especially via the media should be done to attract tourists.

Maslan Asri Mohd, 35 said events organisers should limit the number of goodies distributed to the public at their events.

“People normally do not want to carry home these items and they often take the easy way out by leaving them behind for local council workers or contractors to clean up, ” he said.

Several Alam Flora personnel and trucks were seen cleaning up the rubbish that was strewn over the large grounds after the event ended at 2am. 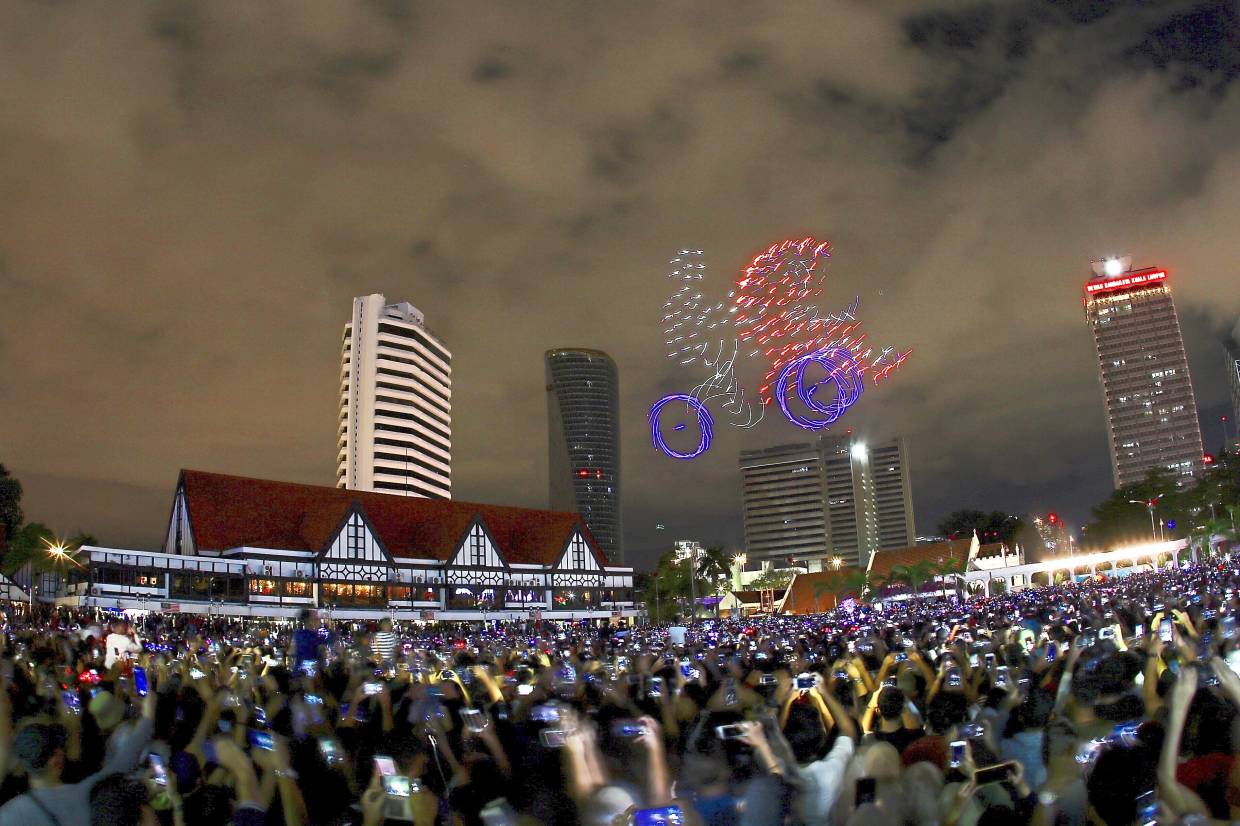 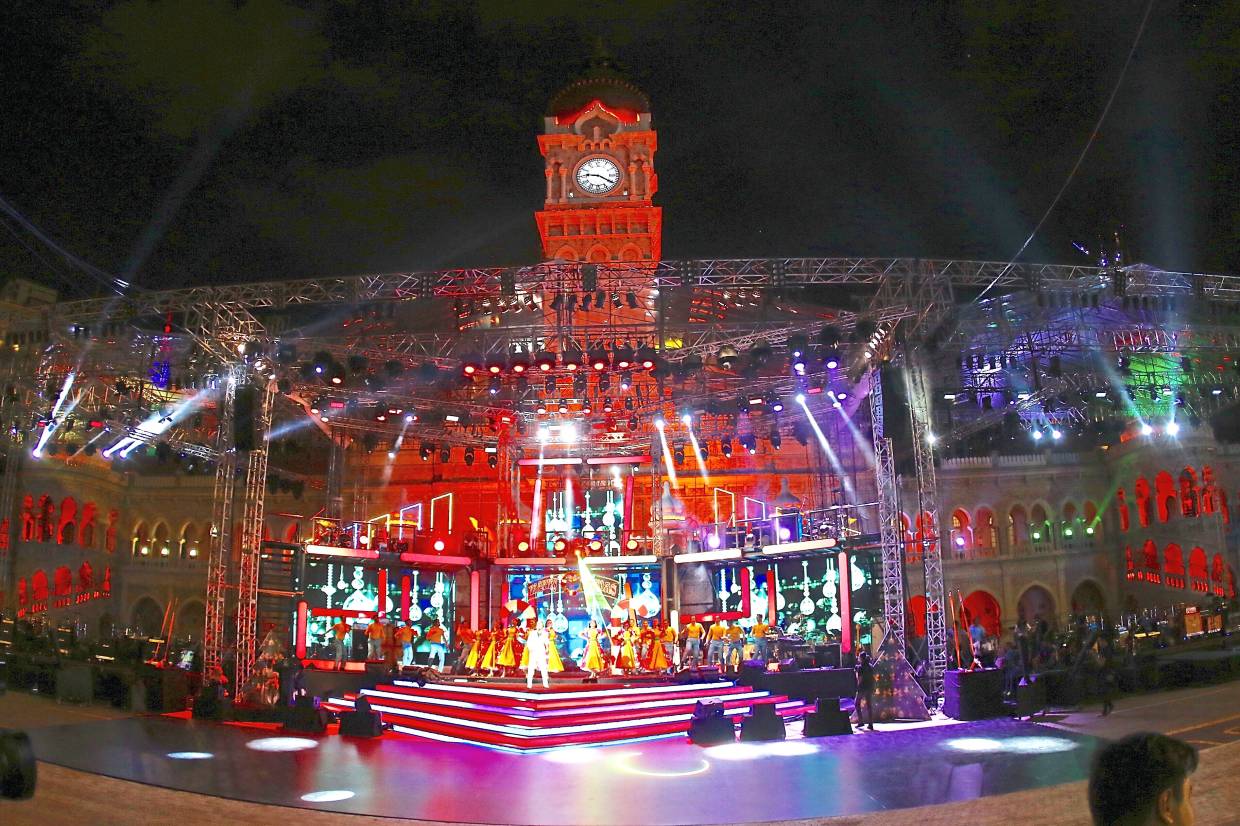 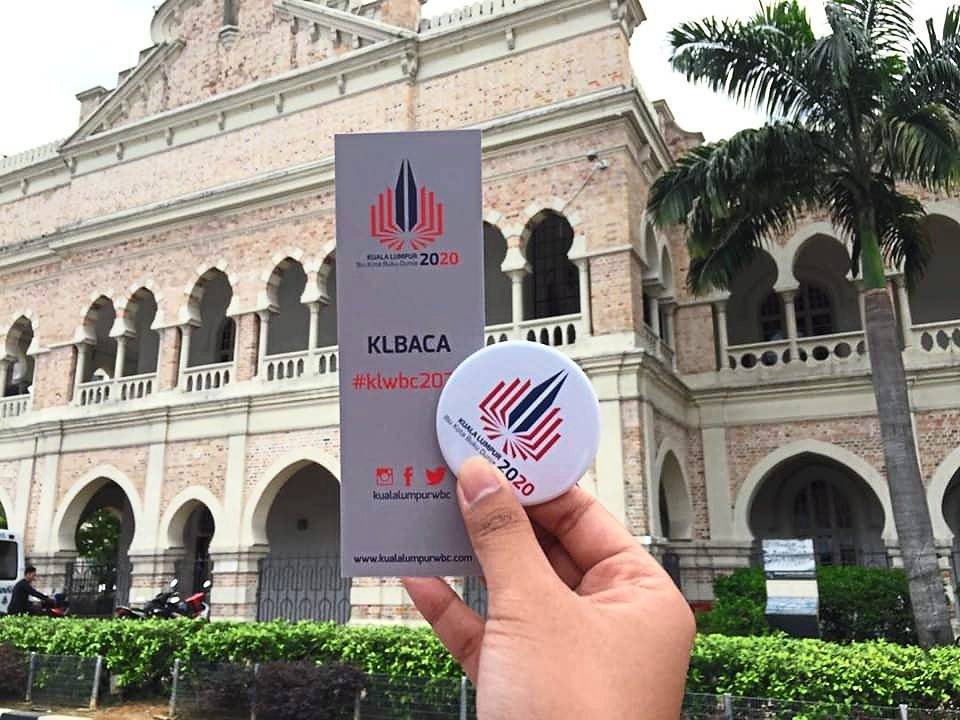 A drone performance at Dataran Merdeka, Kuala Lumpur, as part of the launch gambit for Visit Malaysia 2020 featuring the trishaw which is an attraction in Penang and Melaka. — Photos: FAIHAN GHANI/The Star

The historical Sultan Abdul Samad Building in Kuala Lumpur all aglow in conjunction with the launch of Visit Malaysia 2020.

Kuala Lumpur's image gets a global boost after being named World Book Capital for 2020 by Unesco. --- LOW LAY PHON/The Star

Rubbish strewn on the grounds after the launch of VM2020 campaign at Dataran Merdeka, Kuala Lumpur. — Photo: FARID WAHAB/The Star

Alam Flora personnel cleaning up the rubbish littered by attendees at the event in Dataran Merdeka, Kuala Lumpur.