WITH fluid movements and varied expressions, Seetha Lakshmi and her team danced their way into the audience’s hearts.

The performance at the Temple of Fine Arts Penang in Babington Avenue drew some 100 people.

A spectator who wanted to be known only as Janet said the performance offered her a wonderful and immersive experience.

“I do not know much about the Indian or Hindu culture and this dance was really very intriguing, ” she said after the show.

“Even though I do not understand the music, I could tell the dancers were telling stories through their graceful movements.”

Choreographer Ratikant Mohapatra said the dance performed was the Odissi, one of the oldest temple dances from Orissa, India.

“In this performance, the dance was choreographed to tell the story of a devotee, Shabari, who wants to meet Lord Rama, a Hindu god.

“As much as Shabari wanted to meet Lord Rama, he did not appear in front of her until she was old and unable to walk.

“When Lord Rama appeared then, Shabari was overwhelmed.

“Her happiness forms the core of the story, ” he said, adding that the performance was titled ‘Anweshanaa’ to mean ‘a search of the extraordinary’.

“This dance needs to be preserved so we are always looking forward to performing it, ” Lakshmi said.

Gowri said that even though they had told different sorts of stories through the dance, they were still hoping for more choreography to dance to.

“In this dance, it does not matter if the story is from a different culture.

“The core of the art is that we reinterpret the stories and dance to tell the audience.”

Temple of Fine Arts Penang chairman Dr M. Shunmugam said the performance was the grand finale of the year for the temple.

“We believe in nurturing the fine arts as nothing is like art in developing your personality, ” he said during a speech at the end of the show. 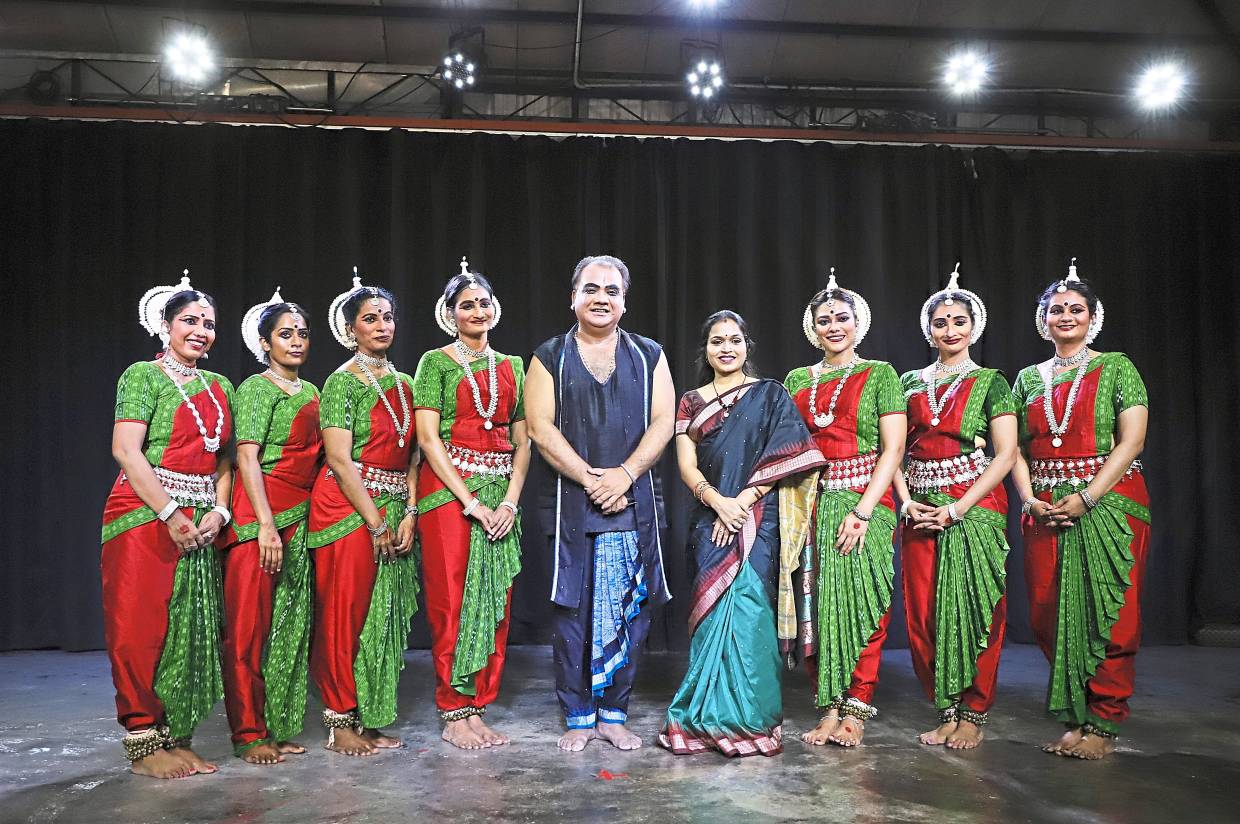 A dancer performing a move.

Ratikant (middle) and his team posing after the show.

Ratikant putting on a solo performance.