The swift and skilful movements in the mask-changing act saw the audience cheering on the performer.

ATTENDEES at the ‘Embrace China 2019’ arts and cultural show had a memorable night filled with songs, dance, magic show, and various performances such as orchestra, acrobatics and mask-changing performance, also known as ‘Bian Lian’.

They were entertained with several songs performed by well-known singers from China while the acrobatics performance kept them on their toes.

Guests were also seen cheering and clapping throughout the magic show and ‘Bian Lian’ performance.

Organised by the Federation of Returned Overseas Chinese of Jiangmen City, the show marked its first stop in Penang before heading to Kuala Lumpur and Melaka.

The delegation was in Malaysia for a five-day cultural exchange programme in Penang, Kuala Lumpur and Melaka to promote economic and cultural exchanges between both countries and at the same time, to enhance friendship for better understanding of Chinese culture between the countries.

“As we celebrate the 45th anniversary of the establishment of diplomatic relations between China and Malaysia, the relationship between both countries will be stronger and will benefit the people and businesses.

“Through the cultural exchange, we can experience the best performances from China and the relationship between both countries will definitely grow stronger,” said Ng Wei Aik, who is the organising chairman for the Penang show at Dewan Sri Pinang in George Town recently.

China’s consul-general to Penang Lu Shiwei said ‘Embrace China’ was a cultural and artistic exchange group that was introduced in 2008 to promote and spread Chinese culture besides strengthening ties between the Chinese.

“It has become a platform for Chinese and foreign cultural exchanges that conforms to the aspirations and needs of Chinese staying overseas, and the performances are loved by Chinese everywhere.

“The show also opens a window for understanding Chinese culture for this historic city of Penang.

“I am happy to see that China and Malaysia have maintained a healthy and stable development. The achievements in exchanges and cooperation in politics, economy, humanities and other fields have been remarkable,” he said.

Komtar assemblyman Teh Lai Heng, who represented Chief Minister Chow Kon Yeow, said the cultural exchange would further deepen the relationship between the two countries and also promote mutual understanding and friendly exchanges between both nations.

“Malaysia is the first Asean country to establish diplomatic relations with China.

“The cooperation in terms of politics, culture and education has strengthened over the years,” he said.

Teh said in the first nine months of this year, Penang’s manufacturing industry had attracted a total of RM13.3bil investment, which is a new high in the past 10 years.

“It also proves that Penang is a popular investment location for investors in Malaysia. 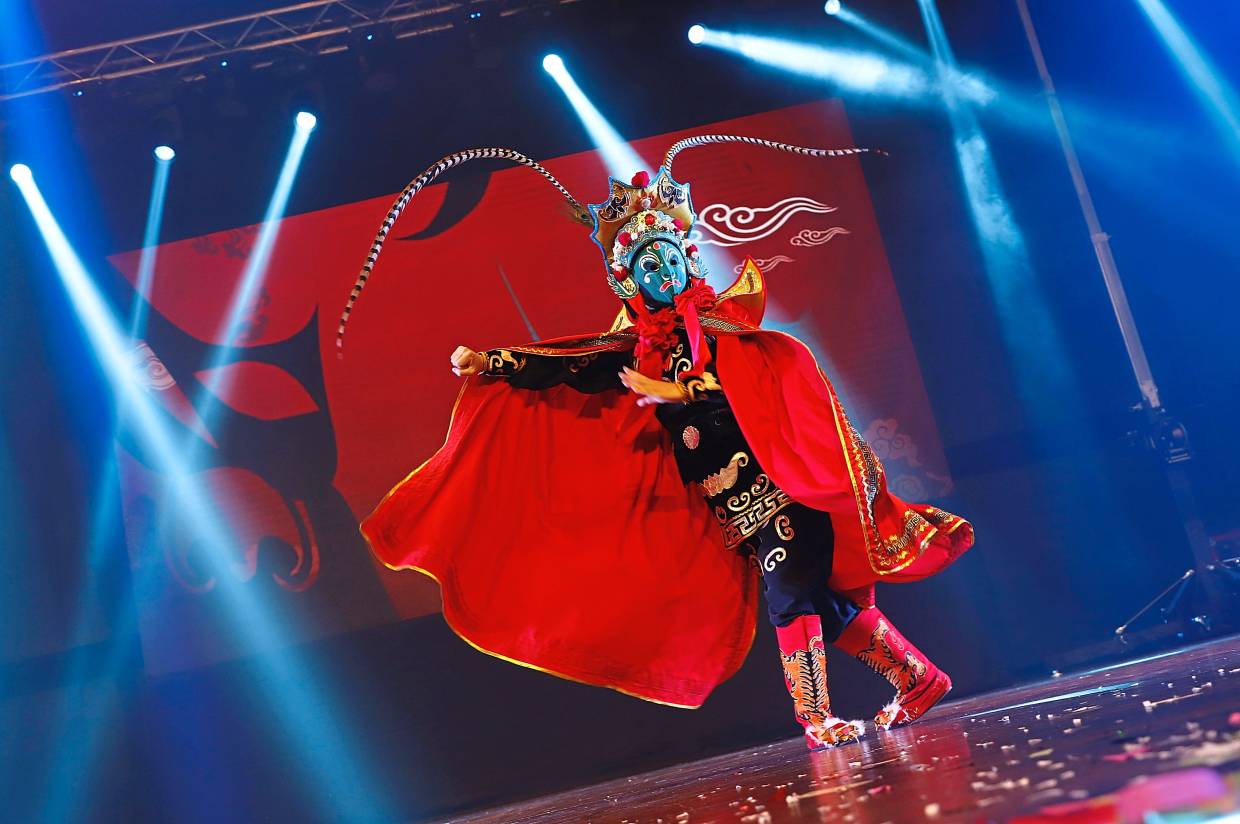 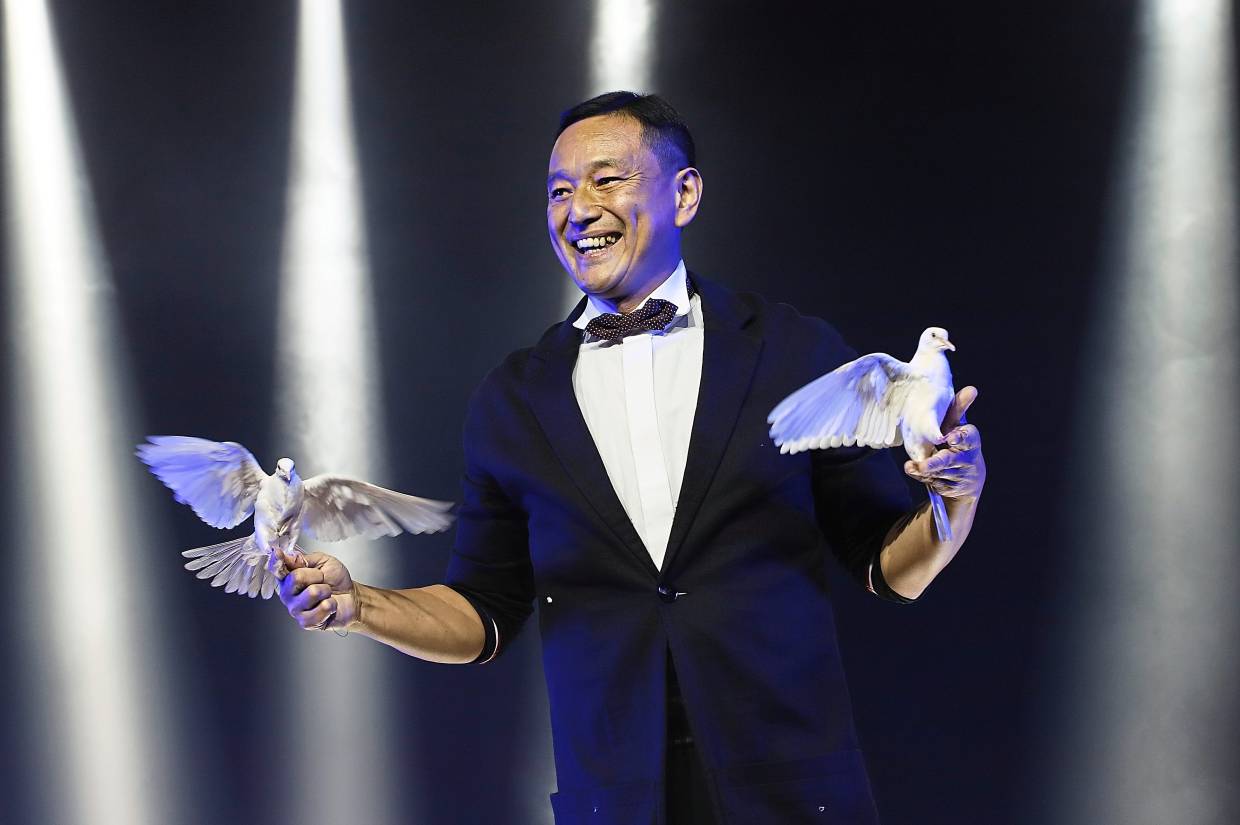 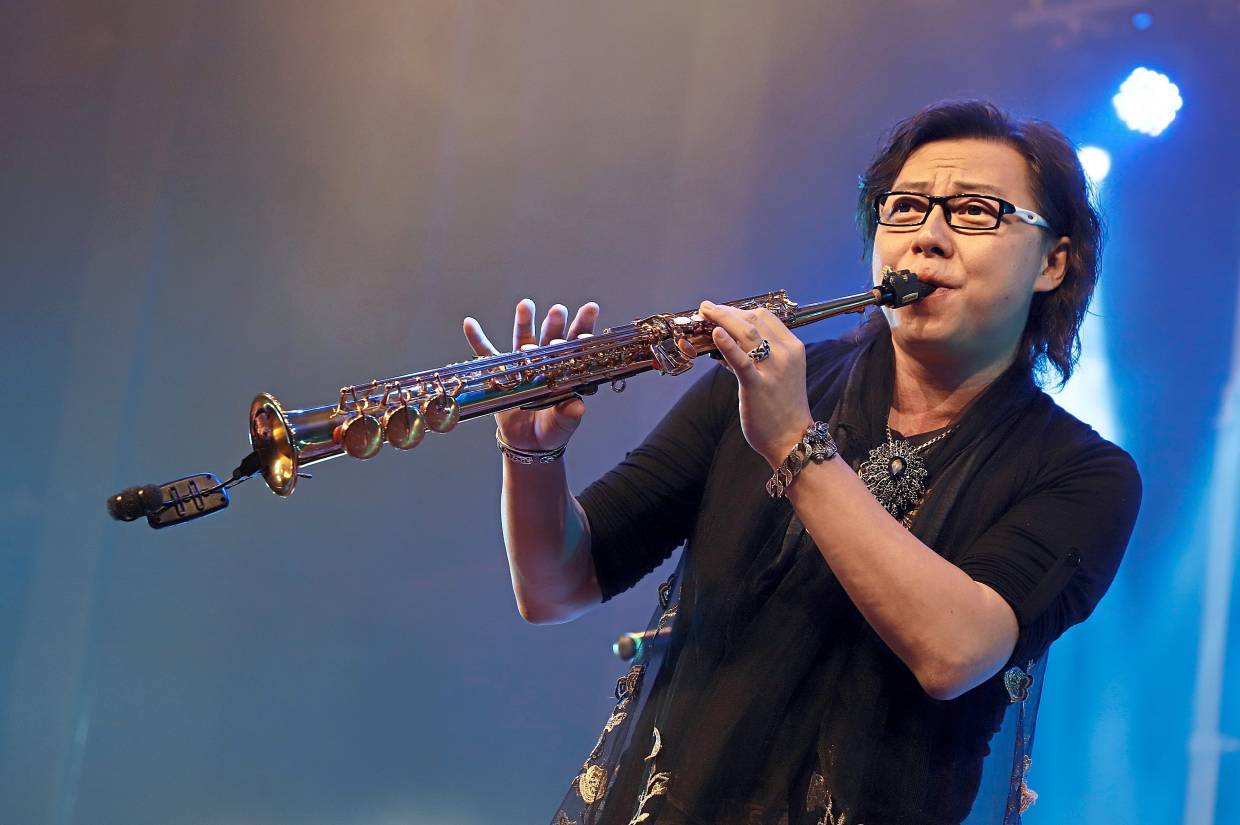 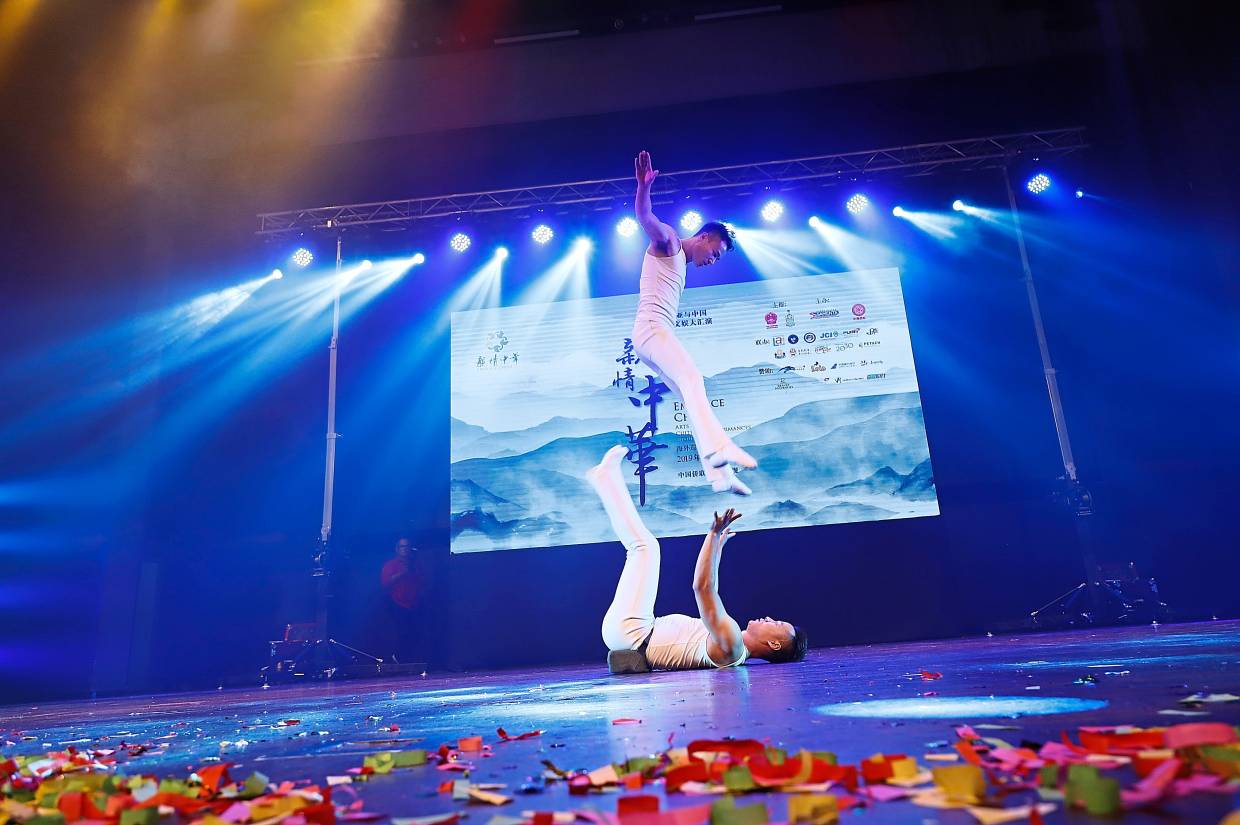 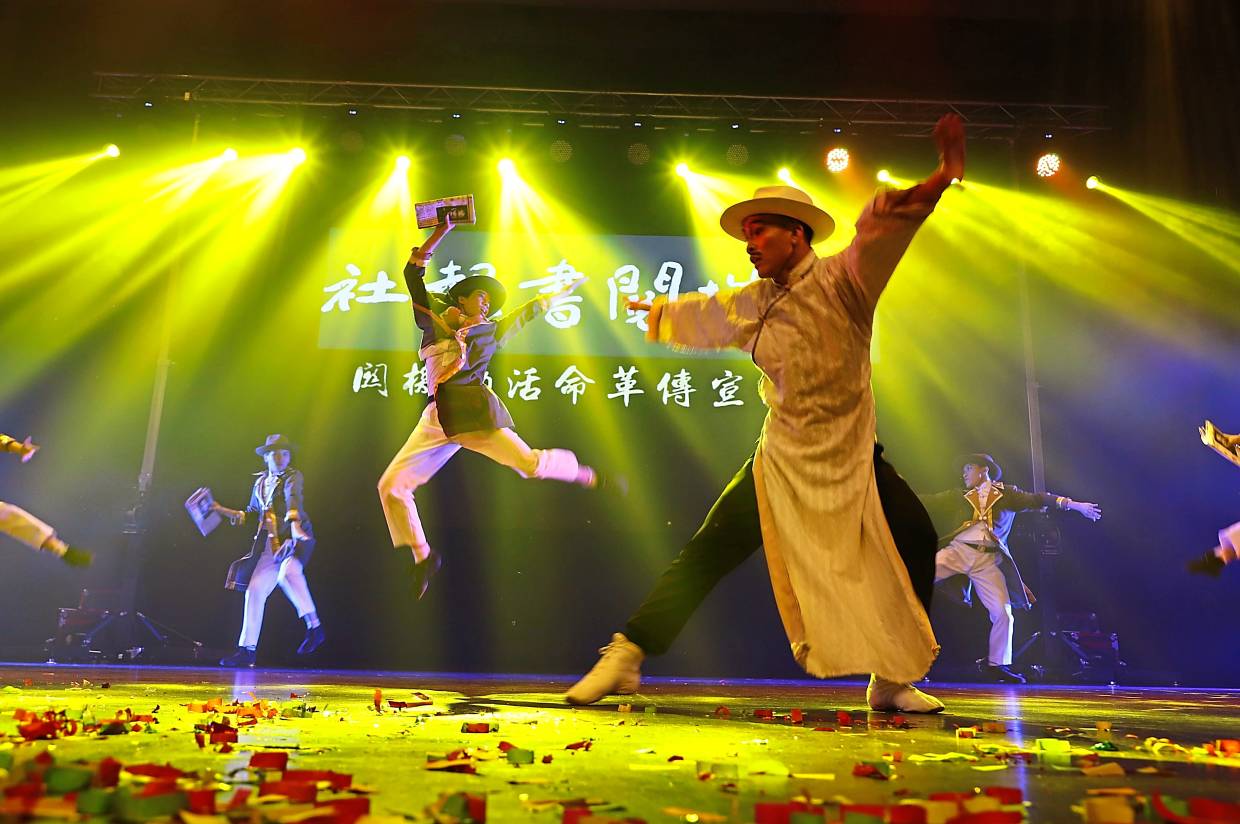 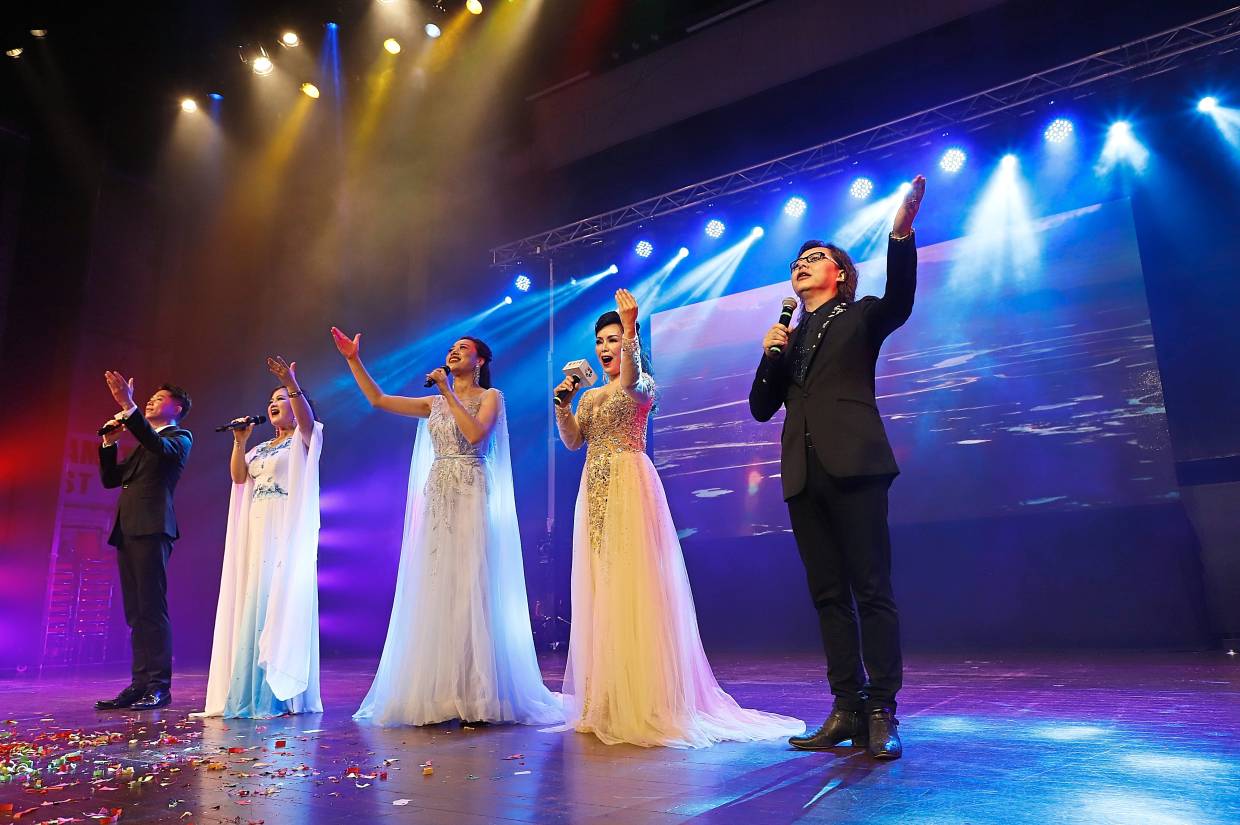 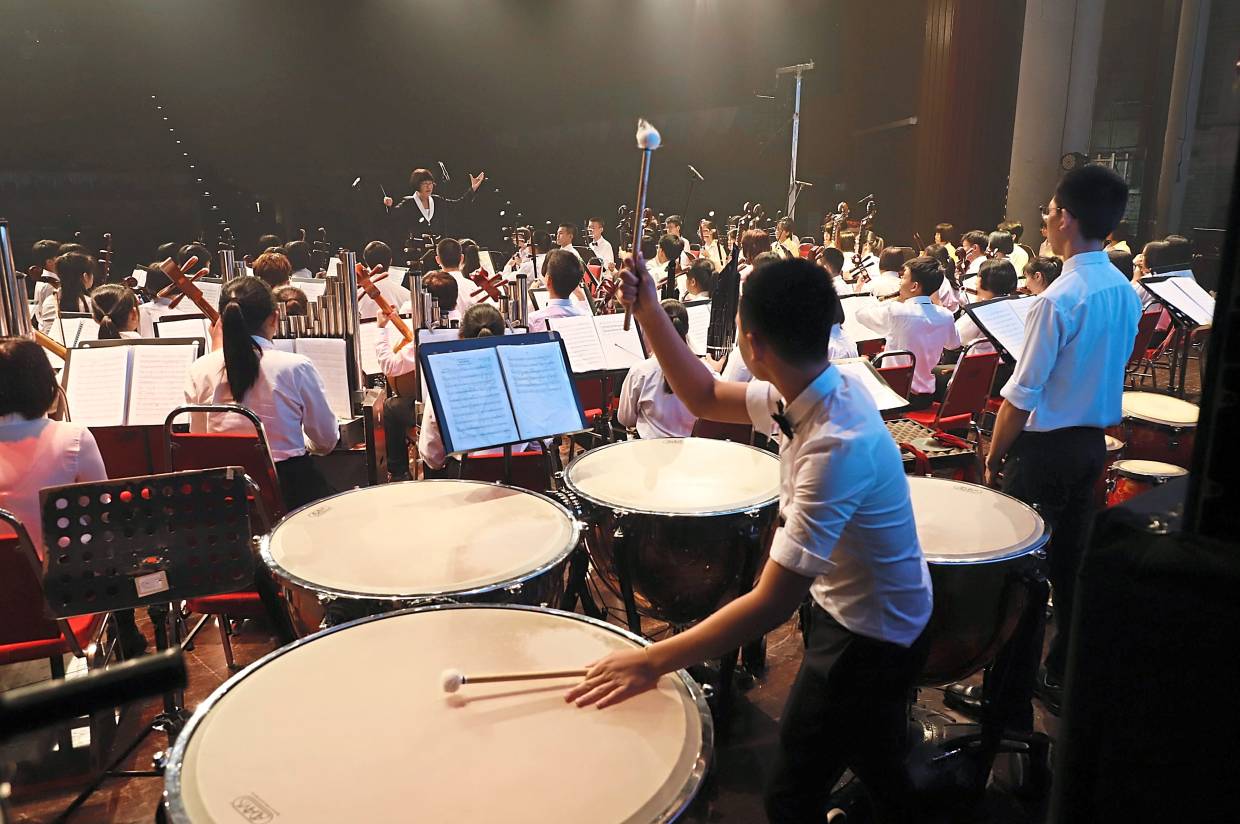 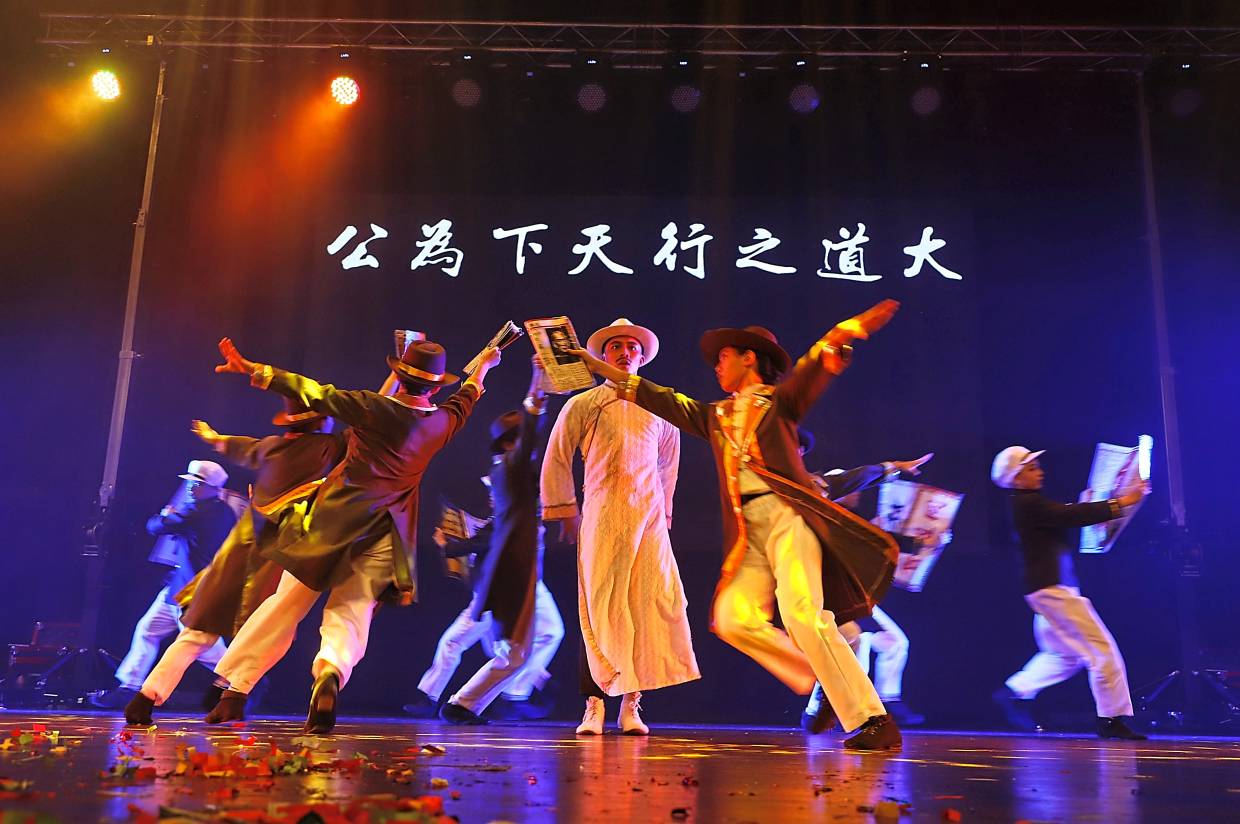 The swift and skilful movements in the mask-changing act saw the audience cheering on the performer.

A magician entertaining the audience with his tricks.

A musician using a chinese musical instrument for his performance.

An acrobatics performance at the event.

The orchestra delivering a number at the ‘Embrace China 2019’ arts and cultural show.