A HOST of activities were held during the Christmas open house organised by Penang Deputy Chief Minister II Dr P. Ramasamy in his Prai constituency.

Guests were treated to a variety of local delicacies during the buffet lunch at the grounds of Saints Chastan & Imbert Catholic Church in Chai Leng Park, Butterworth.

There were also dances, Christmas carols and musical performances, with Santa Claus going around giving out sweets to little children at the event on Sunday. 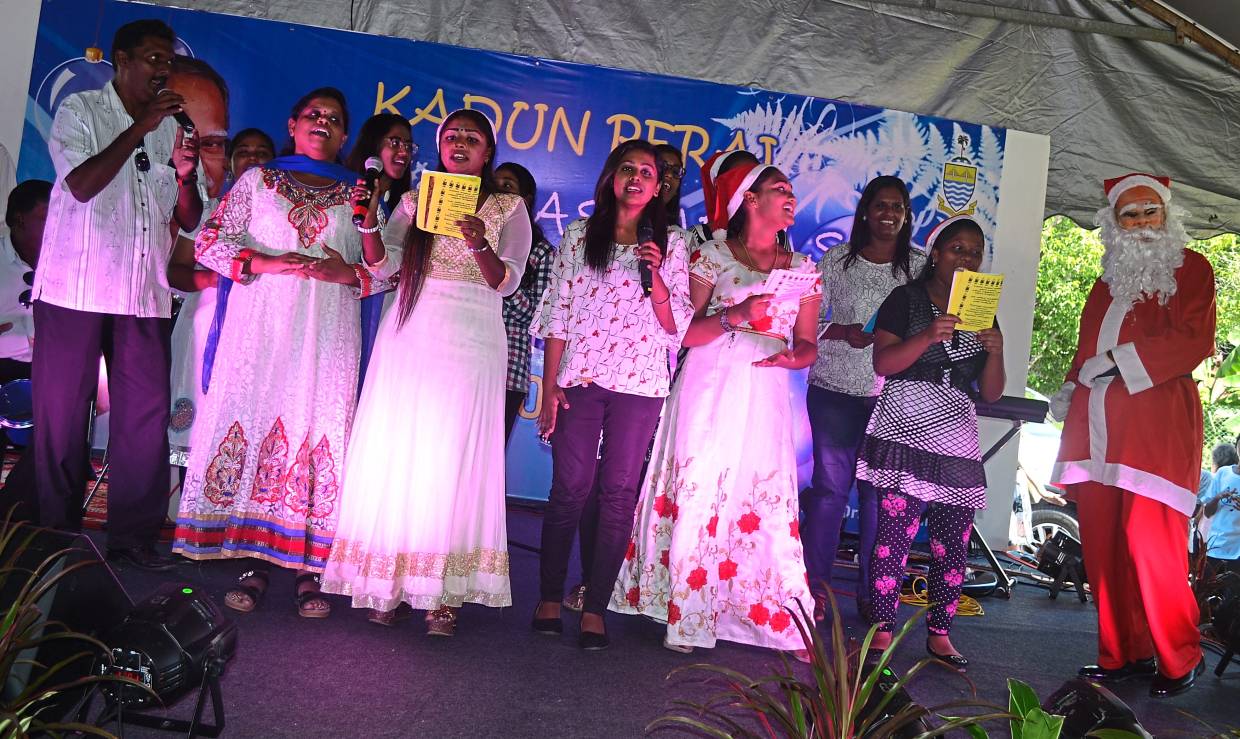 The Nativity Of The Blessed Virgin Mary Church Tamil Choir group singing an evergreen Christmas song. (below )Ramasamy presenting goodie bags to the children. Joining him on stage are (from left) Father Dominic, Satees and David.

Goodie bags were also given out to children aged seven and below.

Ramasamy said Malaysia is famous for its different festive celebrations.

“Though I am a Hindu, I am open to all religions. 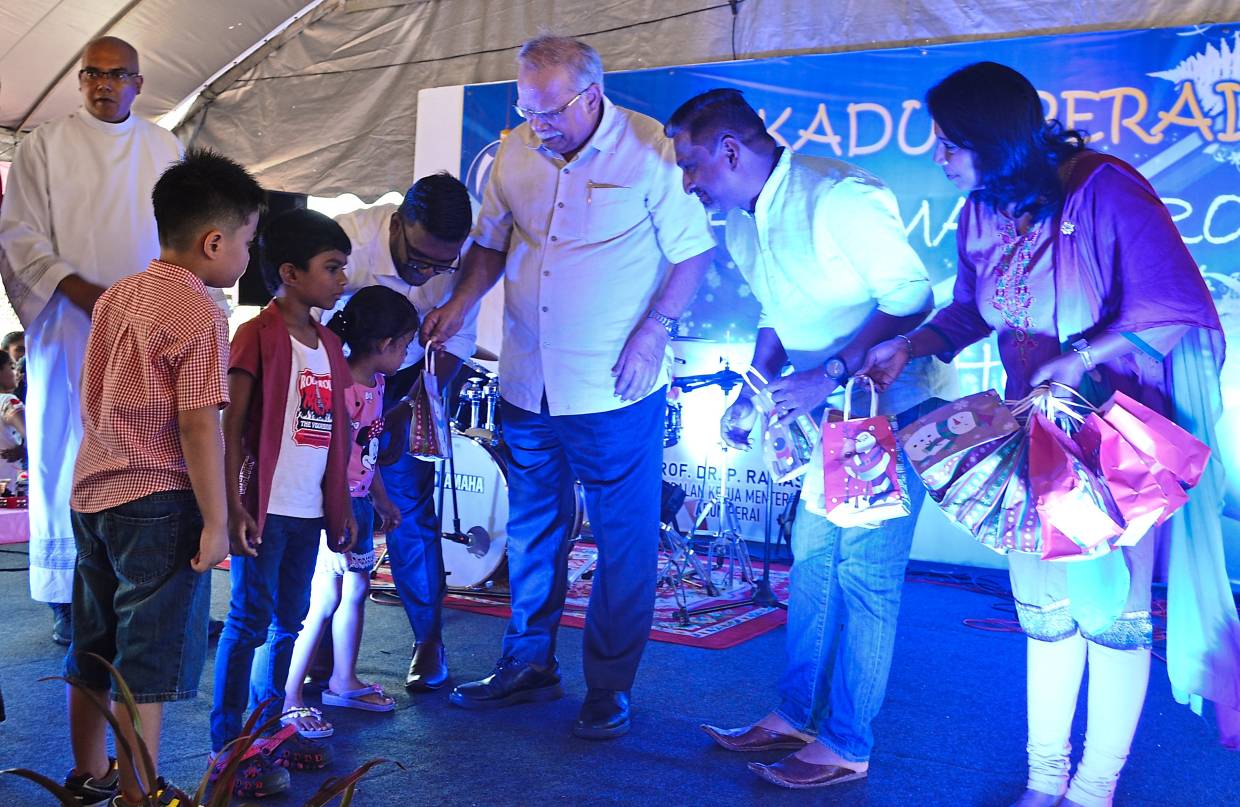 “Hinduism has taught me to appreciate other religions.

“We will never look down on other religions, whether it is Islam, Christianity, Buddhism, Taoism and others.

“We encourage diversity as that is the foundation of a successful Malaysia, ” he said in his speech.