RIVER activists from various backgrounds came together at the confluence where Sungai Klang and Sungai Gombak merge to celebrate their contributions and achievements in keeping the rivers clean.

In an award ceremony held at the Masjid Jamek Lookout Point in Kuala Lumpur, representatives from local communities, educational institutions, corporate sector, non-governmental organisations (NGOs), individuals and media members were recognised and rewarded for their efforts to help educate, create awareness and preserve the rivers.

The event was held in partnership with the Global Environment Centre (GEC), an NGO working on environmental issues, and the Drainage and Irrigation Department.

“I was informed that 71 nominations were received for the award themed ‘Celebrating Local Champions of Klang River’.

“And the work of these nominees, which involves adopting the Sungai Batu campaign, Community Gardening projects, cleaning up rivers and the Sungai Gombak Zero Rubbish Campaign are all remarkable work that deserve credit.

“They have done great work and I congratulate everyone for a job well done, ’’ Khalid concluded, before presenting the awards to the winners.

Among the winners was Kawasan Rukun Tetangga (KRT) Kampung Kasipillay, who won the community champion award for their efforts in keeping Sungai Batu clean.

“We adopted Sungai Batu in 2017. The river, which flows through Kampung Kasipillay, is notorious for being dirty, no thanks to people who dump rubbish into it, ” said KRT Kampung Kasipillay committee secretary Muruga Rajan Lingappan. 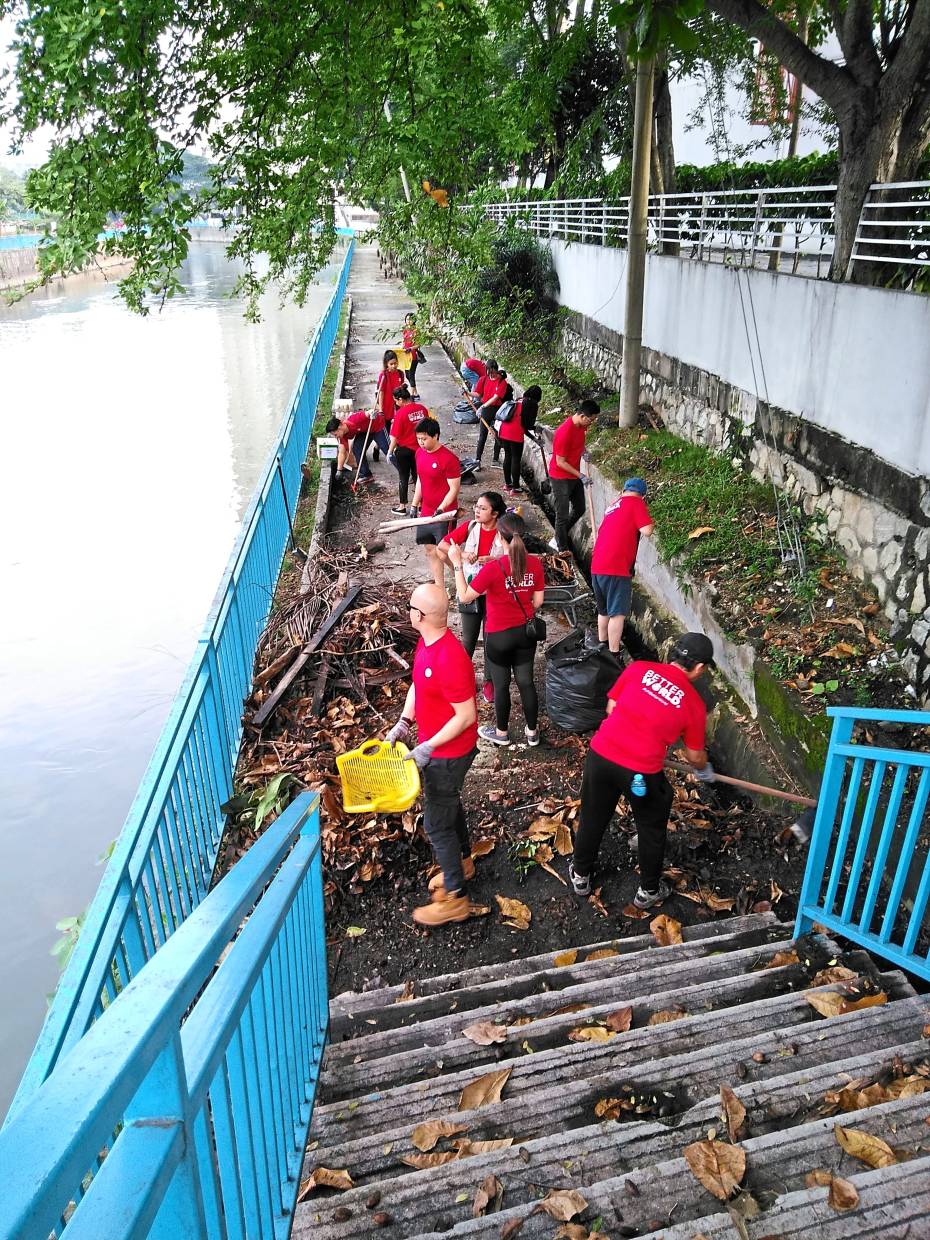 “Together with GEC, we carried out massive clean-up activities and painted the river berm. We also learned to check the river’s water quality from time to time, ” he said.

“In 2018, we planted banana trees along the riverbank. This year, we carried out mural painting in the area to give the place a more vibrant feel.

“The committee has seen some improvements from the way people look at the river and we will continue with our efforts.”

“We engaged 420 volunteers in March to pull out some 1,800kg of rubbish that was thrown into the river, ’’ said Shayley Hing Shwn Yi.

“It was not an easy task as we initially had problems with gaining access to the site but it was worth the effort.”

Friends of Sungai Klang Mid Valley is a group of river lovers who saw a post on Facebook of a riverbank that became a dumpsite.

“We were shocked to learn that it was right next to Mid Valley Megamall. With GEC’s help, we started cleaning the riverbank, ’’ she said.

Also recognised were media members, including Star Media Group. StarMetro journalist Bavani M won the main prize under the media category for her series of articles on illegal sand washing activities causing pollution along Sungai Klang and its tributaries.

The expose resulted in the government closing down several of the sites, where the perpetrators were also penalised and their equipment confiscated.