Making new friends and raising funds for a good cause

Participants of the Yolo fundraising and awareness campaign posing for a group photo while (below pic) Lim serves fried rice to attendees during the buffet session at TAR UC in Tanjung Bungah, George Town. — Photos: LIM BENG TATT/The Star

OFFLINE activities, such as socialising, had some 280 students at the Yolo fundraising and awareness campaign creating friendships with their peers at the Tunku Abdul Rahman University College (TAR UC) in Tanjung Bungah, Penang.

Among them were SEGi College Penang students Goh Sin Ee and Teoh Wei Wen, both 18, who were spotted having fun mingling with the others.

Sin Ee, who is pursuing a diploma in business administration, said the event was a great opportunity for them to meet like-minded friends.

“We get to make more friends and personally, I do not regret coming here as I am having a really good time so far.

“Even though I am not a student of TAR UC, I am enjoying this campaign where we get to meet and socialise with people, ” she said.

Teoh, who is pursuing a diploma in early childhood education, said she found the event to be very heartwarming.

“I was initially afraid to mingle with the crowd.

“But after a while, I find it a refreshing experience that we get to meet all types of people, especially those who are not from our own campus, ” she added.

During the campaign, the participants indulged in a variety of performances, traditional games and a meet-and-greet session. 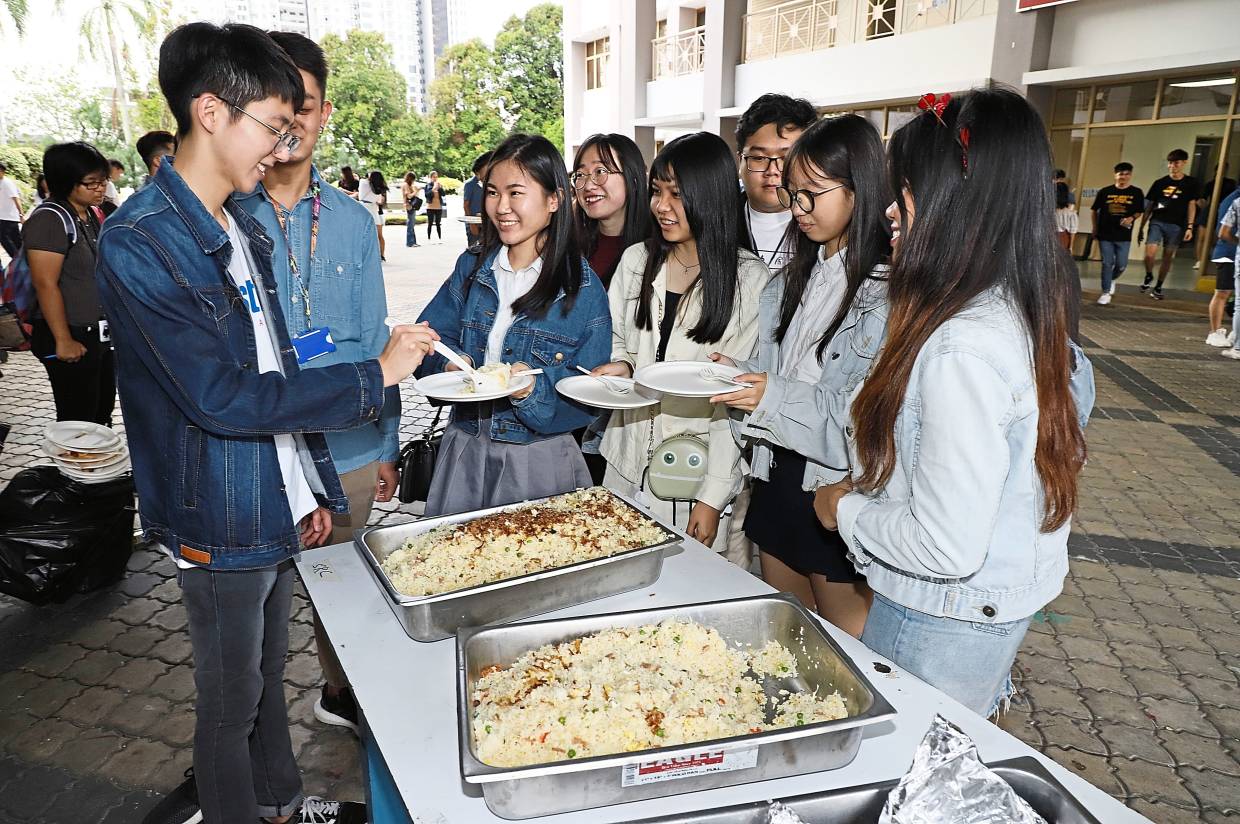 Event director Lim Chin Yi, who is a diploma in public relations student at TAR UC, said the meet-and-greet session was the event’s core activity.

“The session encourages participants to step out of their comfort zone to experience a new social circle.

“Our event is named Yolo, which means ‘You Only Live Once’, and we wanted to bring in the ‘Back to the 90s’ theme.

“We hope to provide the space and opportunity for participants behind smartphones and social media profiles to meet in real life, ” he said.

Lim said the campaign also aimed to spread positivity as a reminder to participants on the importance of self-love and loving others.

“Through this campaign, we are also raising funds for TAR UC through the sale of participation tickets at RM20 each for early birds and RM25 for those who registered later.

“So far, we have raised over RM2,000 and these funds will go to TAR UC, where they will be used to upgrade the campus facilities, ” he added.

“One of the goals of this campaign is to raise mental health awareness among millennials.

“According to the World Health Organisation, suicide is among the top 10 causes of deaths in the world and is the second (biggest) cause of death among those aged between 15 and 29. This is a matter that needs to be taken seriously.

“Thus, the students wish to help raise mental health awareness by creating opportunities for millennials to make real connections with one another and share about life through this campaign, ” she said in her speech at the recent event.