About 60 abandoned cars were removed from the streets at the Saujana Indah industrial area in Section U2 Shah Alam during a joint operation between MBSA, police and immigration officers. — Filepic

WITH the eighth mayor Datuk Haris Kasim at its helm, Shah Alam City Council introduced new initiatives to improve its services to the people and at the same time strive towards becoming a smart and sustainable city.

MBSA was one of the first to take the ban on plastic straws seriously by including the clause into business licences in the third quarter of the year.

Notices were sent out to all eateries in the city on July 1 where offenders would not only be slapped with compounds but also stand to have their business licence revoked.

Action would be taken against eatery operators in Shah Alam caught offering straws and placing them on counters and tabletops.

This move came after the state government’s ban on plastic straws middle of this year, and is also in line with the state’s six-year plan towards a zero plastic straw policy by 2025.

Meanwhile, about 600 vehicles were also disposed of this year and sold as scrap for RM300,000, thanks to the numerous raids carried out by the city council throughout the year.

Apart from coming down hard on abandoned vehicles, MBSA also raided 778 eateries citywide to ensure cleanliness is prioritised by operators.

From those operations, 573 compounds were issued and 54 premises ordered shut for unhygienic practices.

In October this year, MBSA was also the first local council to set up an Unlicensed Factory Task Force to tackle the problem of legalising such premises in the city.

The task force has identified 1,500 unlicensed factories to date, with more to come.

Comprising 24 officers from 14 departments in MBSA, this task force was formed after a recent directive from the Selangor government to legalise unlicensed factory operations statewide by Sept 30 next year.

Failure to comply would result in the land being seized by the district land office and factory operators slapped with hefty fines.

In order to serve its residents and stakeholders more efficiently, the city council also formed a public complaints monitoring committee to be overseen by the mayor, councillors and department heads.

This committee will meet once every two months to sort out complaints and review proposals by residents.

Currently, the existing complaints system is not working as effectively because all complaints and proposals get lumped together and are often brought up at other committee meetings.

For example, complaints are discussed at engineering or licensing committee meetings and this takes up too much time, leaving little time to discuss other pressing issues.

This year, MBSA has received 34,000 complaints, of which 5,000 were on rubbish collection.

However, MBSA will not receive many complaints on rubbish collection starting next year as KDEB Waste Management Sdn Bhd takes over the task come Jan 1.

MBSA is the last council to hand over rubbish collection and cleaning works to KDEB Waste Management.

MBSA also encourages its residents to go green and carbon free by organising monthly car-free weekends as well as launching a second dedicated bicycle lane in the city in May.

Covering a 15km marked path around Section 2 and Section 14, this bicycle lane costs RM1.6mil and is located on the main roads.

The first 9km bicycle lane launched three years ago in Section 4, Section 5 and Taman Tasik Shah Alam, were concentrated within the lake and housing areas adjacent to it.

MBSA is also working on a third bicycle lane in Sections 7 and 13 costing RM1.5mil.

To beautify the city, the MBSA plans to upgrade and landscape 24 roundabouts in the city starting with Bulatan Bestari in Section 2.

Each roundabout upgrade will cost about RM2mil and an additional RM1mil for landscaping.

After 20 years of not being upgraded, the roundabouts will see upgraded infrastructure and also a themed landscape based on its location.

To make this work, MBSA has on board five corporate companies to adopt a roundabout each and landscape it according to themes it set.

For example, the roundabout near a university will be education themed while the one near the palace would adopt a royal design. 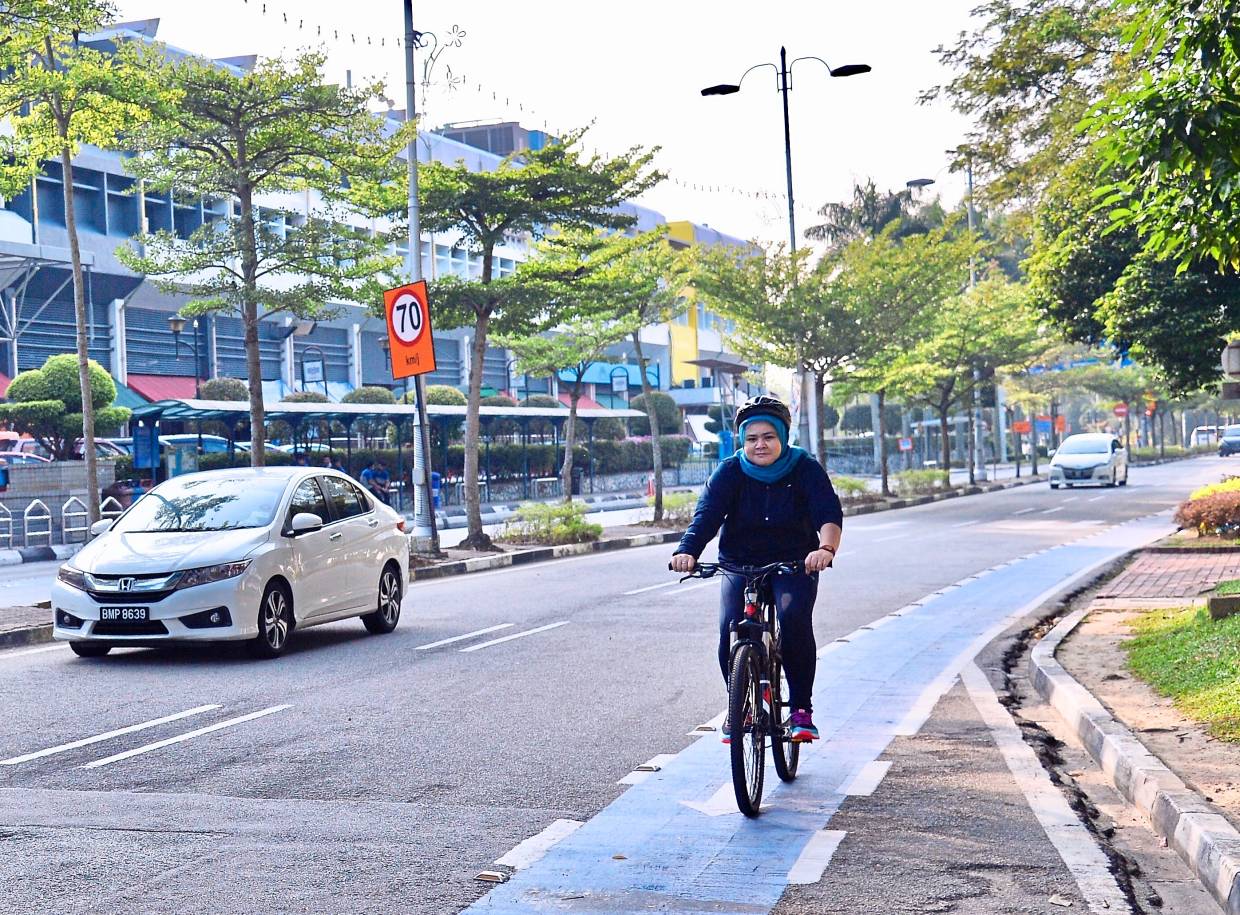 About 60 abandoned cars were removed from the streets at the Saujana Indah industrial area in Section U2 Shah Alam during a joint operation between MBSA, police and immigration officers. — Filepic

Bulatan Setia Jasa in Shah Alam is one of the roundabouts earmarked for refurbishing next year. — Filepic