Penang gets into MBR for tallest upcycled Christmas tree

The choir group singing their hearts out.

PENANG has made it into the Malaysia Book of Records (MBR) for having the tallest upcycled Christmas tree in the country.

The tree will be lit up until Dec 31, and after that, all the recyclable materials from the ornaments will be sent to a licensed recyclable collector.

Spotted admiring the tree were engineer Ng Chin Leng, 39, his wife Beh Lee Sun, 39, and their four children, aged between one and 10.

“This is our first time attending such an event. When I saw the eco-tree from afar, I thought it was an ordinary Christmas tree. But when I look closer, I realise that it is made of rejected bottles.

“It is very creative and acts as a reminder of how much waste we generate on a daily basis, ” said Ng at the recent ‘Experience Christmas In Penang 2019’ grand finale night at the Esplanade in George Town, Penang.

The event saw the lighting up of the eco-Christmas tree and the MBR certificate presentation ceremony.

The tree will be lit every night until the end of December as part of a series of Christmas-themed events in Penang this year.

In his speech, Christian Federation of Malaysia (CFM) Penang chairman Reverend Thomas Ch’ng said the state government has taken the lead again in celebrating the auspicious occasion on a much grander scale compared with previous years.

“We hope that the spirit of love, joy and peace will not only be demonstrated during this Christmas season but also all year round so that it can have a lasting positive impact on our society, ” he said.

State non-Islamic religious affairs committee chairman Chong Eng said throughout the years, Christmas has become one of the most looked forward festive celebrations by everyone all over the world.

“The theme we have set for this year is ‘A season of love, joy and peace’.

“These are the three words that we would like to spread through our celebration this year.

“This year, instead of the usual open houses, we have decided to share our blessings with the less fortunate, ” she said.

Chong Eng said together with CFM, the state launched the ‘Grant-A-Wish’ programme.

“Through this event and some sponsors, we have, altogether blessed 20 homes in Penang, which were identified by CFM.

“We have asked them to share with us their Christmas wishes and we will do our best to grant them, ” she said.

Chief Minister Chow Kon Yeow said he hoped Penang and its people could be an example to the rest of the country where people from different backgrounds are able to live together harmoniously.

“The state government will spare no effort in ensuring that Penang remains in the forefront and exemplary as far as religious tolerance and freedom of worship are concerned.

“The Penang Harmony Centre was launched recently and opened its doors as the first ever centre in the country where different religious faiths can share the premises to conduct classes, retreats and seminars.

“This fosters greater understanding and closer coherence among the practitioners of different faiths, ” he said.

Visitors also thronged the Christmas Market, which was held at the same venue. 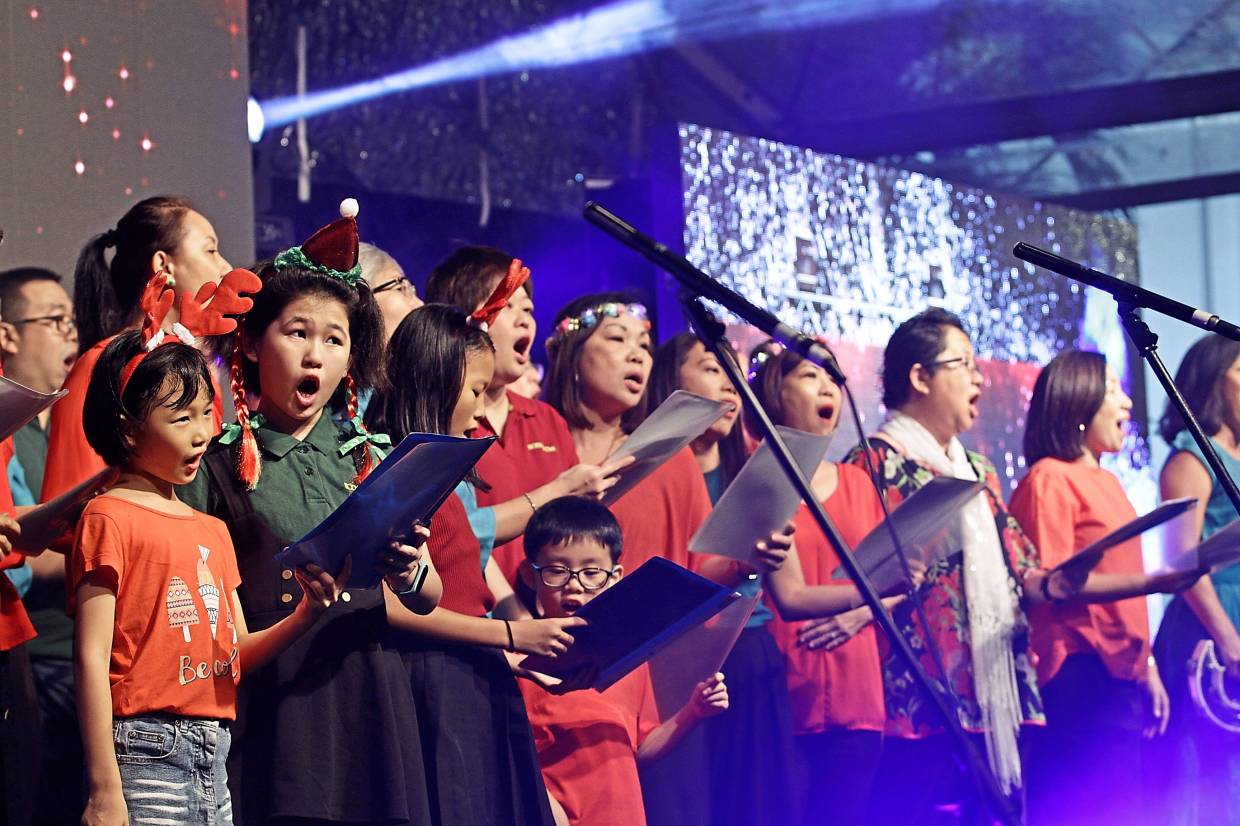 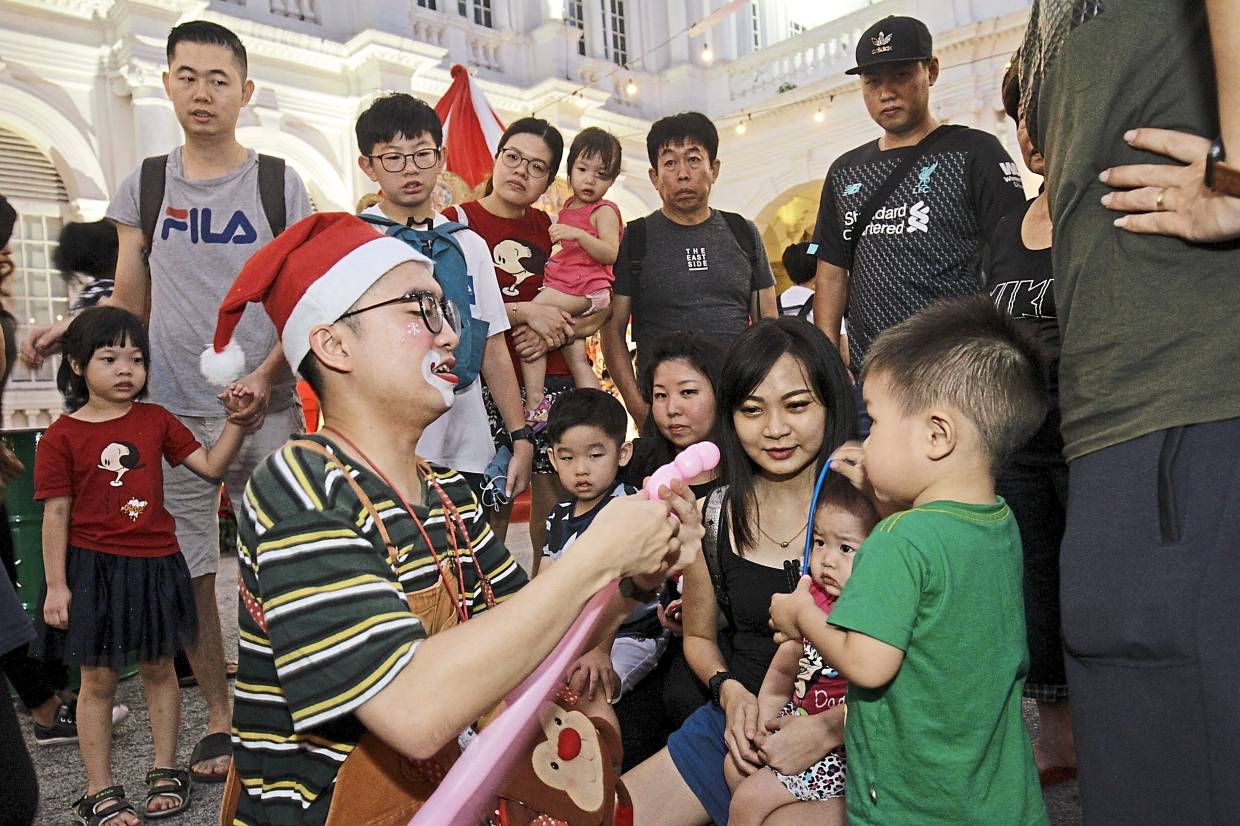 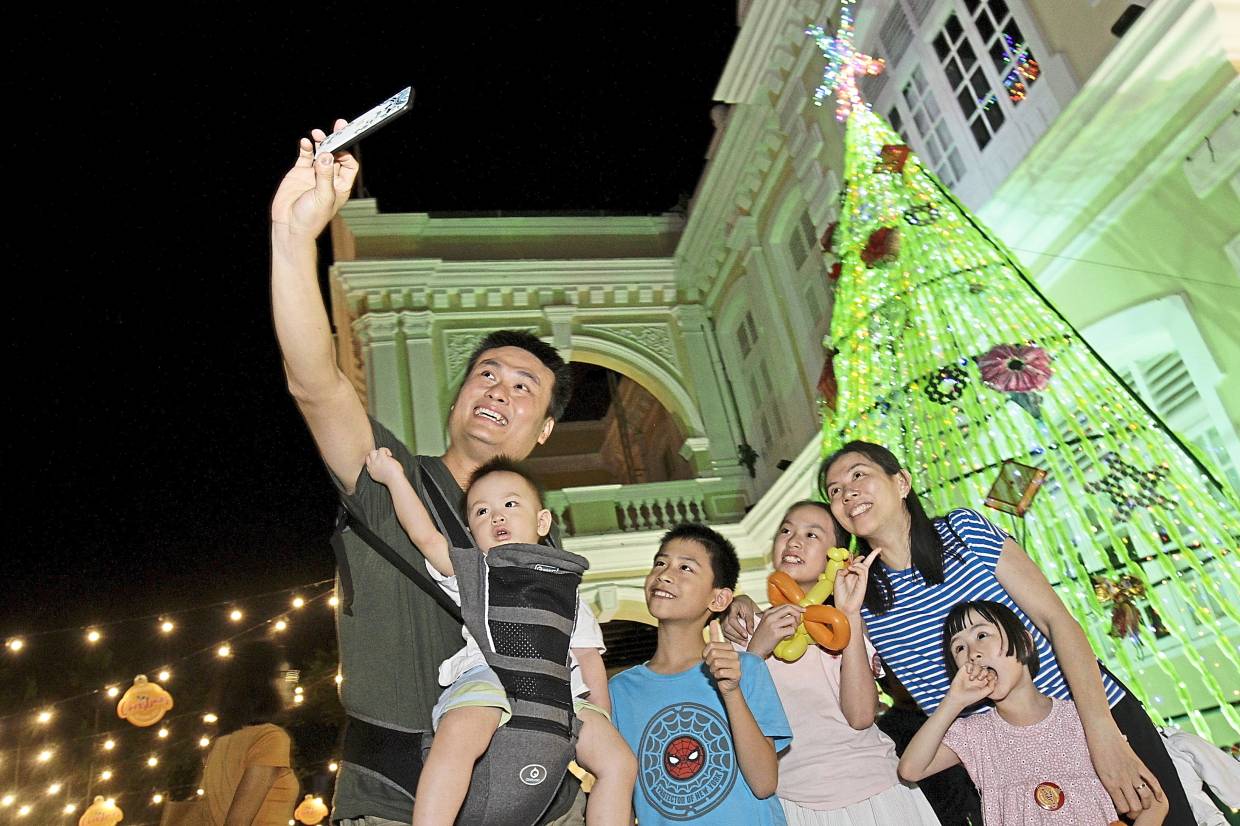 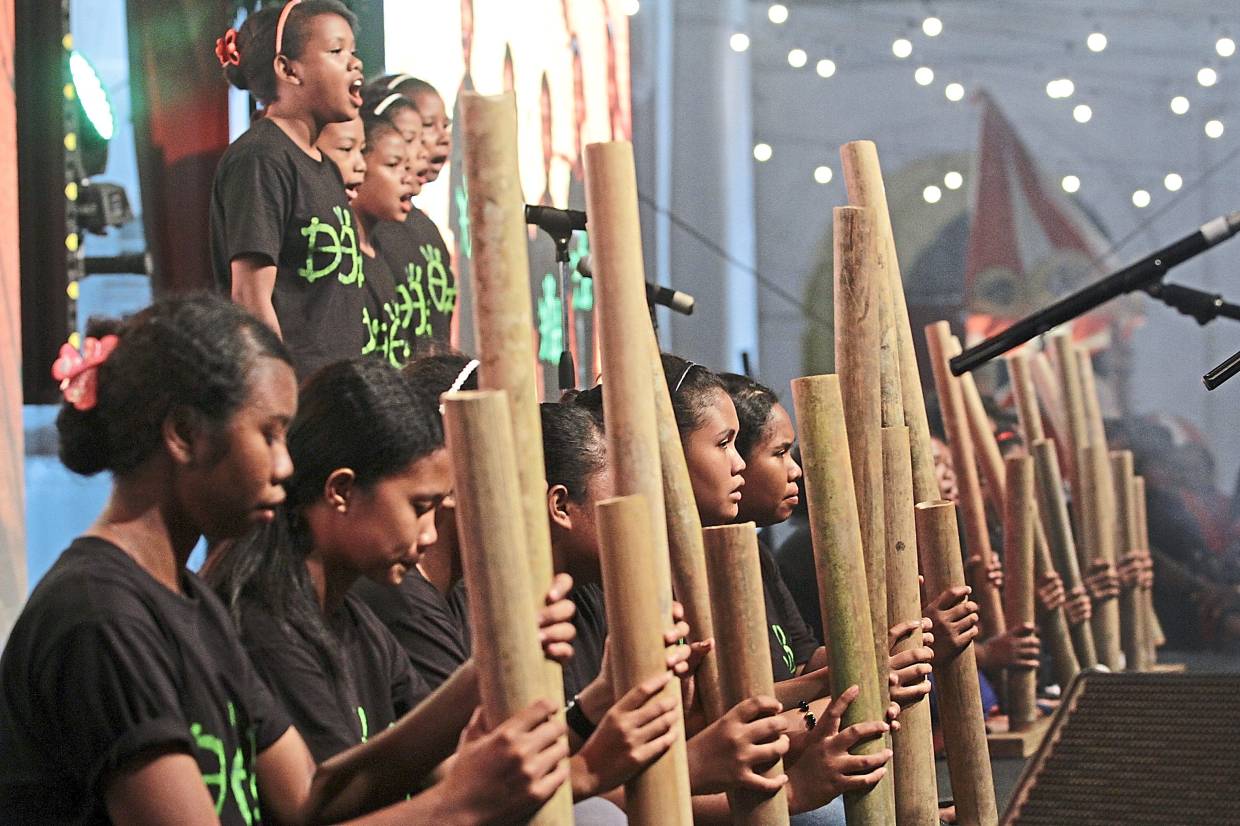 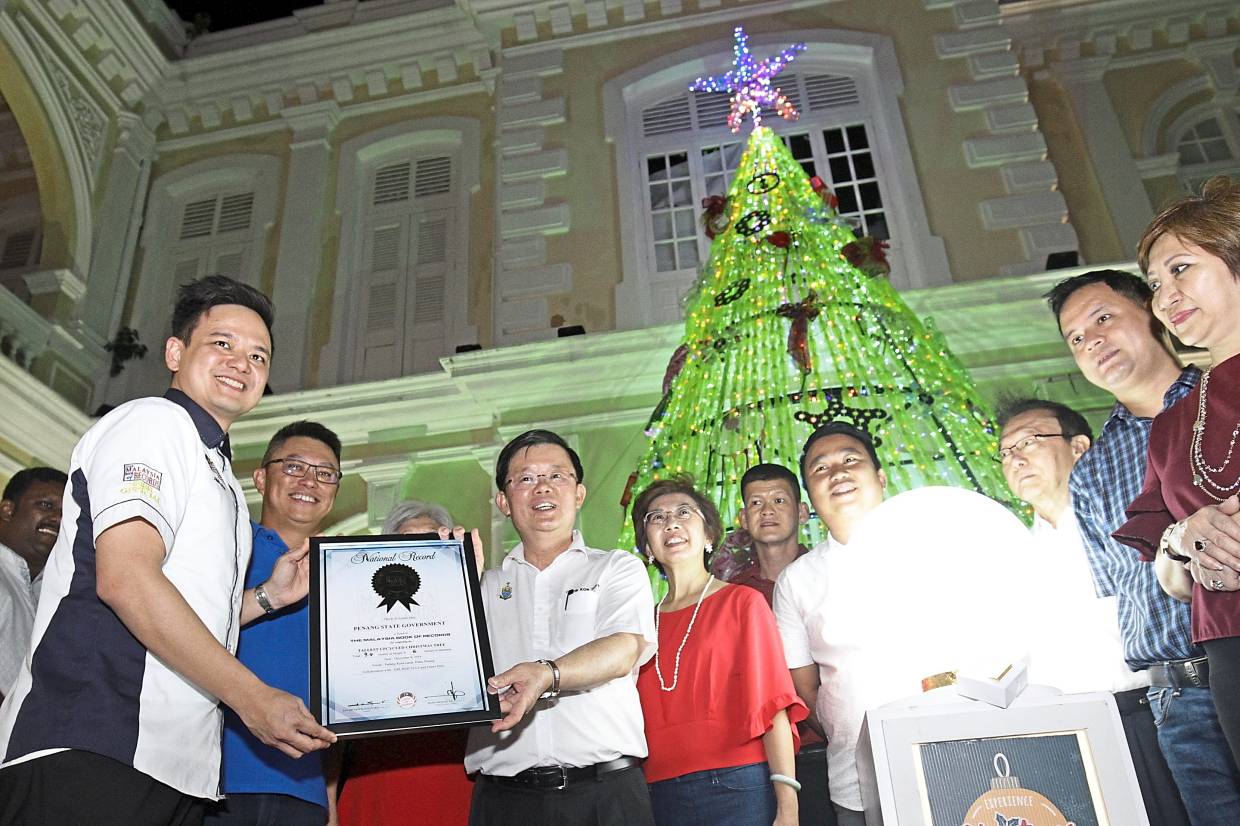 The choir group singing their hearts out.

A clown entertaining children at the event.

A visitor and his family members taking a wefie in front of the tallest upcycled Christmas tree in the country.