Standing up for comedy’s future

Van Geyzel says the challenge is to get a wider demographic to appreciate stand-up comedy.

IT takes serious courage to deliver lines on stage and hope strangers in the audience would laugh as they do at Jerry Seinfeld, Dave Chappelle or Trevor Noah.

In Malaysia, however, we are only just beginning to laugh at ourselves more.

Here’s where two Rizals at the forefront of the Malaysian comedy scene are helping to propel the industry forward.

It all started because Rizal Kamal felt he needed to laugh more.

So, with two partners, he set up LOL Events in 2009 and launched “The Comedy Club KL”. It was the first to bring in international comedy acts to Malaysia, and went on to successfully produce the Comedy Start Series and Kings and Queens of Comedy Asia, as well as organise comedy festivals.

Rizal, 44, said when they first featured famous comedians like Jon Atheron and Andrew Netto, some in the audience had never heard of stand-up comedy before.

He has since brought in about 250 big comedy names like Kevin Hart, Russell Peters, Jeff Dunham, Gabriel Iglesias and Ronnie Chieng, among many others.

“We can charge more now, ” he quipped cheekily.

Ten years down the road, Rizal, who goes by the title “CEO of Cool People”, has no regrets switching from a graphic design business to promoting laughter instead. 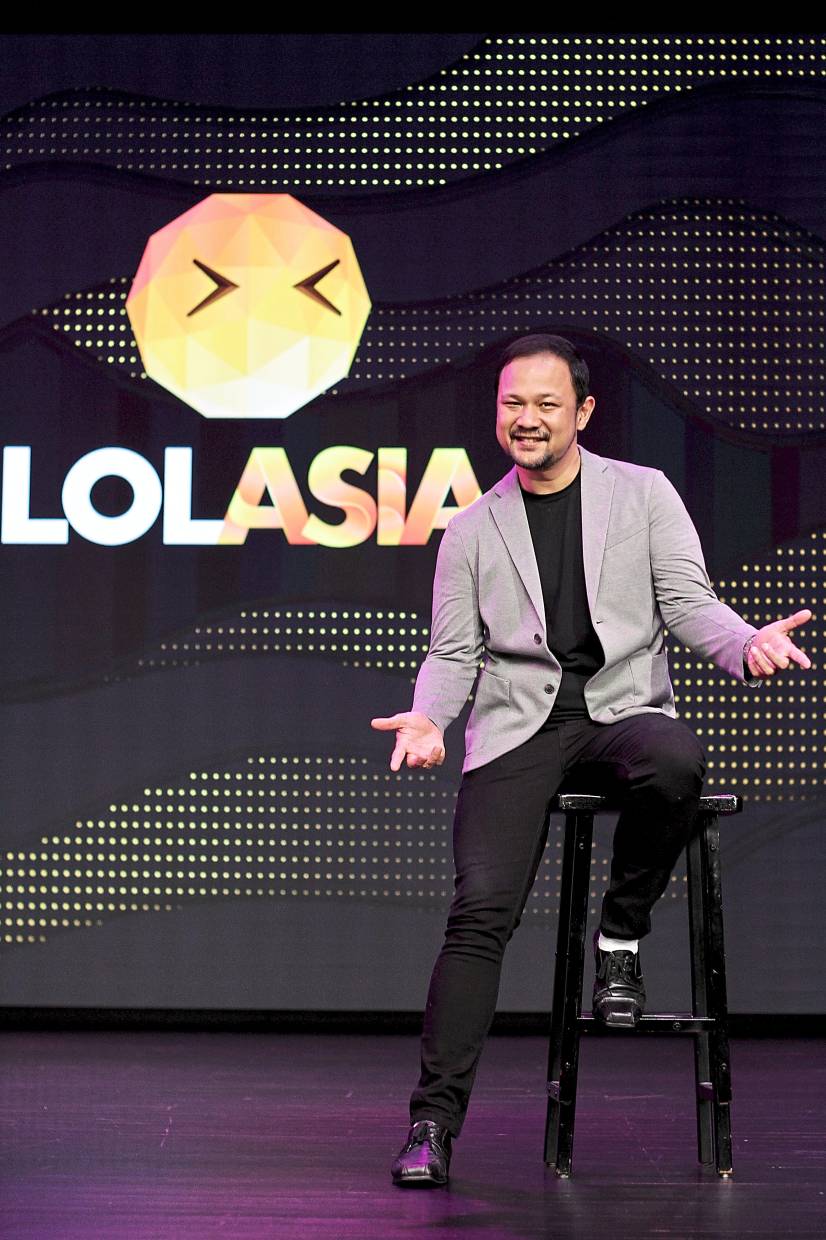 Rizal’s company was rebranded to LOL Asia to reflect their aim for a new niche in Asian comedy.

“I have a deep passion for stand-up comedy. I love the art; how it is so simple and yet so compelling. I feel like I’m changing the world by making people laugh. It’s also educational as comedy teaches tolerance, be it about politics, taboos or sex, ” said the father of two girls.

According to Rizal, stand-up comedy is still in its infancy here. However, Malaysia is considered the most advanced in Asia, second only to India.

“You may not realise this but there is no censorship for Malaysian comics. Our shows are for those 18 and above, and you’re expected to be able to take a joke, ” he said.

So far, audiences are usually between their 30s and 40s, and surprisingly, mostly locals with Malays making up the least of the crowd, Rizal noted.

In the early years, there was a big expat following, but not anymore.

Things were going great for them in 2015 when they brought in Russell Peters to sold-out shows and had a permanent venue in Trec Kuala Lumpur. However, that took a toll on them and they struggled to stay afloat.

But they have since rebuilt the company.

One of the most challenging shows, he said, was producing Laugh A Mania, held at The Platform in Taman Tun Dr Ismail, Kuala Lumpur last October.

“It almost got cancelled as it was really tough coordinating 12 stand-up comedians to come together, but our efforts finally paid off and it was a huge success.

Last year, LOL Asia held a six-month Comedy Star Programme for 15 people. One of the participants, Juliana Heng, is trying out for Britain’s Got Talent this month.

Rizal rebranded the company LOL Asia early this year. He aims to bring in more big names next year and feels Asian comedians will have more relevance to the Malaysian audience.

“I’m hoping to build different markets in Penang and Johor Baru, and perhaps expand the business across Asia to cities like Manila, Jakarta and Bangkok, ” he added.

Meanwhile, (in a separate interview) Rizal van Geyzel was very apologetic for being late. His wife had just given birth to a baby girl two days before and he was still adjusting to fatherhood, night feeds, diapers and all.

Should we then expect a whole new bunch of parenting jokes?

“For sure, ” he grinned, beaming at his new dad status.

“Generally, my style of comedy is more personal. I joke about myself, our culture, school, my observations on life and being of mixed race, ” said van Geyzel whose father is Chinese Eurasian and mother, Malay.

Six years ago, he took the plunge and quit his day job in the hotel industry and became a full- time stand-up comic. One thing led to another, and together with two partners, van Geyzel started The Crackhouse Comedy Club in 2014.

The Crackhouse plays to a full house every weekend to a diverse crowd of locals and expats. Some top international names that have performed there include Gina Yashere and Stephen K. Amos from Britain, and Peter Burke from Australia.

“There’s a huge market for mature, sophisticated, intelligent comedians, regardless of race, religion or language. The challenge is to get a wider demographic to appreciate stand-up comedy, ” he said.

A few years ago, Astro gathered a few comedians for a show but when it finally aired, it was not well-received.

“It was all over the place, with slapstick, sketches and stand-up comedy all rolled into one. And it bombed as people didn’t get (the point) of the stand-up comedy. In fact, the Malay phrase for stand-up comedy is lawak biadap (rude comedy) which shows it’s still not widely accepted, ” he explained.

“Stand-up comedy is a minority’s playground. The majority needs to be humanised; we need to break down barriers. The reality is, the Malays need to laugh at themselves more, ” said van Geyzel bluntly.

A perennial class clown back then, KL-boy van Geyzel, 36, said being a stand-up comedian is a fulfilment of a fantasy.

“My mum used to work as a secretary while dad was in the army. He is a typical Chinese Eurasian as he’s really kiam siap (calculative). He sent me for a hotel management degree so he could get a free night’s stay!

“When he found out I was doing comedy, he was in denial for a while but he’s proud of me now, I think, ” he said.

One thing is for sure, van Geyzel takes his work very seriously.

“This is one art form where you cannot afford to be someone else, ” said Rizal, who is known to turn off the mike if any comic is caught citing jokes off the Internet.

Van Geyzel dubs himself “lord of the underground” and has performed in more than 20 countries, including Britain, Australia and the US. He regards travelling as food for creativity.

So how does one improve at being a comic?

“By ‘dying’ every day. Go in front of a real audience and keep practising. You also need to know when to move on when the material is not working, ” he explained.

One of the hardest shows he had to do was in 2016 when he had to perform the day he buried his mother.

“If you knew my mum, you would know she would’ve wanted the show to go on. I was trying hard not to cry and after my routine, I told the audience about my mother and the mood changed, ” he said.

How long does he see himself working at comedy?

“Forever!” he quipped. “This is my passion. It grows on you as there’s nothing quite like it!”