A contractor caught in the act of dumping waste in Taman Sri Murni Cheras, Kuala Lumpur.

The contractors’ covert activities were detected after construction waste started emerging in hidden areas in the city and SWCorp started placing officers in plain clothes at the sites to catch the perpetrators in the act.

The offenders were charged at the Kuala Lumpur Sessions Court on Dec 9 for dumping waste illegally.

Both pleaded guilty and were ordered to pay a fine of RM10,000, failing which they would face a jail term of four months.

“We hope this will serve as a lesson to anyone intending to dump waste illegally, that our officers are watching their every move, ” said SWCorp Federal Territories director Mohd Zahir Shaari.

As the culprits were dumping waste in the wee hours of the morning, DBKL could not catch them in the act.

SWCorp, which is the waste regulator in Kuala Lumpur, was called to investigate the matter. 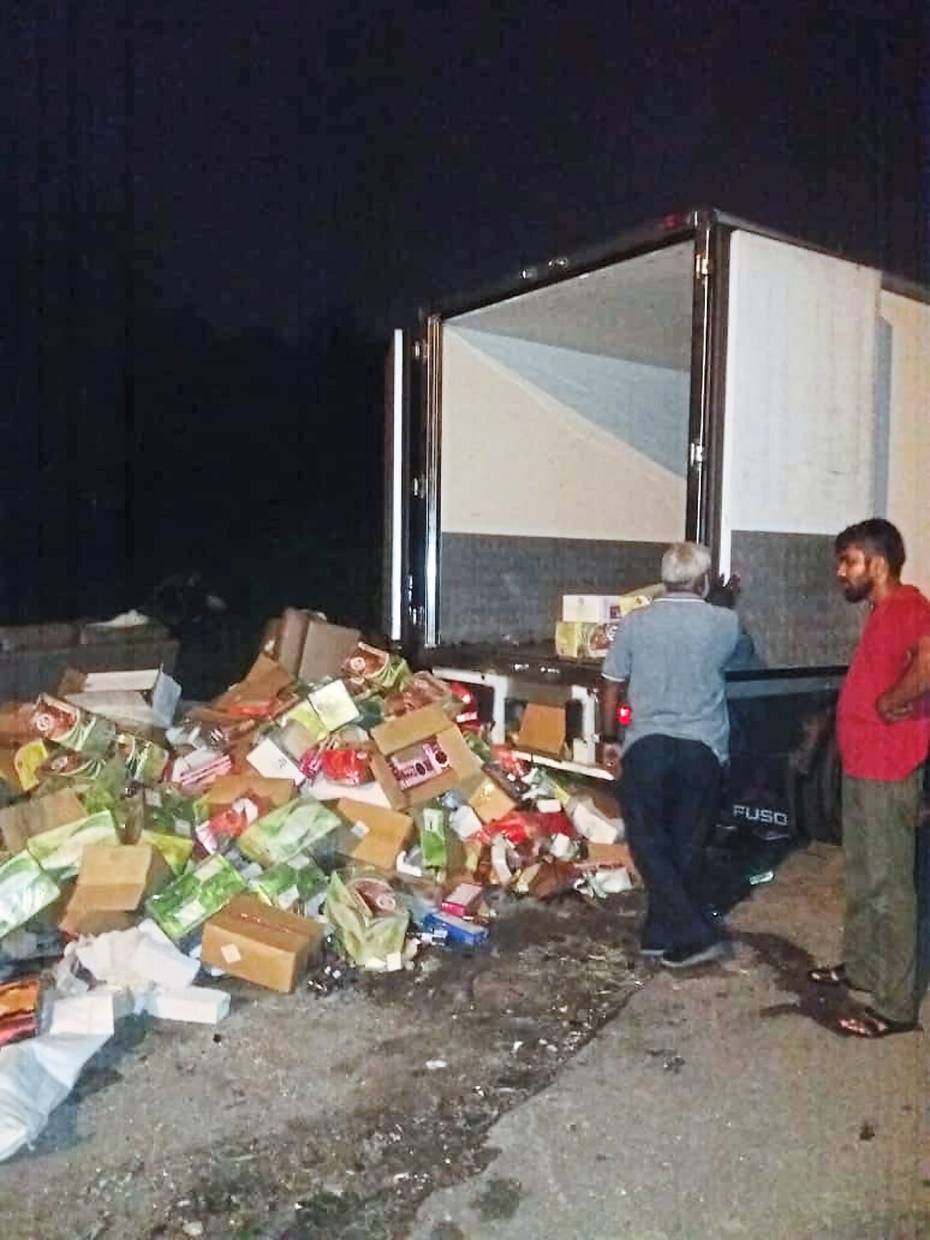 SWCorp officers at the site in Cheras after nabbing the culprits.

“We knew someone was dumping construction waste but we did not know who or where it came from.

“You can catch the people dumping (waste) or their employers by studying the waste being dumped, similar to the Foodpanda incident where the company’s food delivery bags were dumped in a jungle in Gombak, Kuala Lumpur.

“But with construction waste, it is hard to find the perpetrators, so we had to catch them in the act, ” Zahir said, adding that the offenders were ambushed and caught off-guard.

Kuala Lumpur mayor Datuk Nor Hisham Ahmad Dahlan was pleased that the culprits were caught and punished for their misdeeds.“They just want to avoid paying the tipping fees, that is why they dispose of the rubbish illegally, ” he said.

The tipping fee is a fee paid to anyone who disposes waste in a landfill.

The fee helps the landfill operator carry out maintenance and pay for operational costs.

For the disposal of construction waste from Kuala Lumpur, it costs about RM30 per lorry and waste is usually disposed of at the Sungai Kertas landfill.

When asked if the developers who hired waste contractors found guilty of illegally dumping construction waste would be taken to task, Nor Hisham said, “It is the small developers who are doing it.

“In any case, developers applying for planning permission are required to follow the rules, otherwise we will take action, ” he added.