PARTICIPANTS of the City of Dreams Hike 2019 put their physical and mental strength to the test by running 6km up Penang Hill while carrying barrels of water.

The event, which aimed to raise awareness on water conservation, required teams of up to 10 people each to carry 10 litres of water from the starting point outside the Penang Botanic Gardens up to the hill’s peak.

They were, however, not allowed to bring their own drinking water during the race, nor were there any water stations along the steep tarred road going up.

Event organising chairman Wilson Teh said the event themed ‘Every Drop Counts’ emphasised the importance of saving water, teamwork and a healthy lifestyle.

“Participants had to decide if they would like to quench their thirst from the 10-litre water barrels that they carried along. 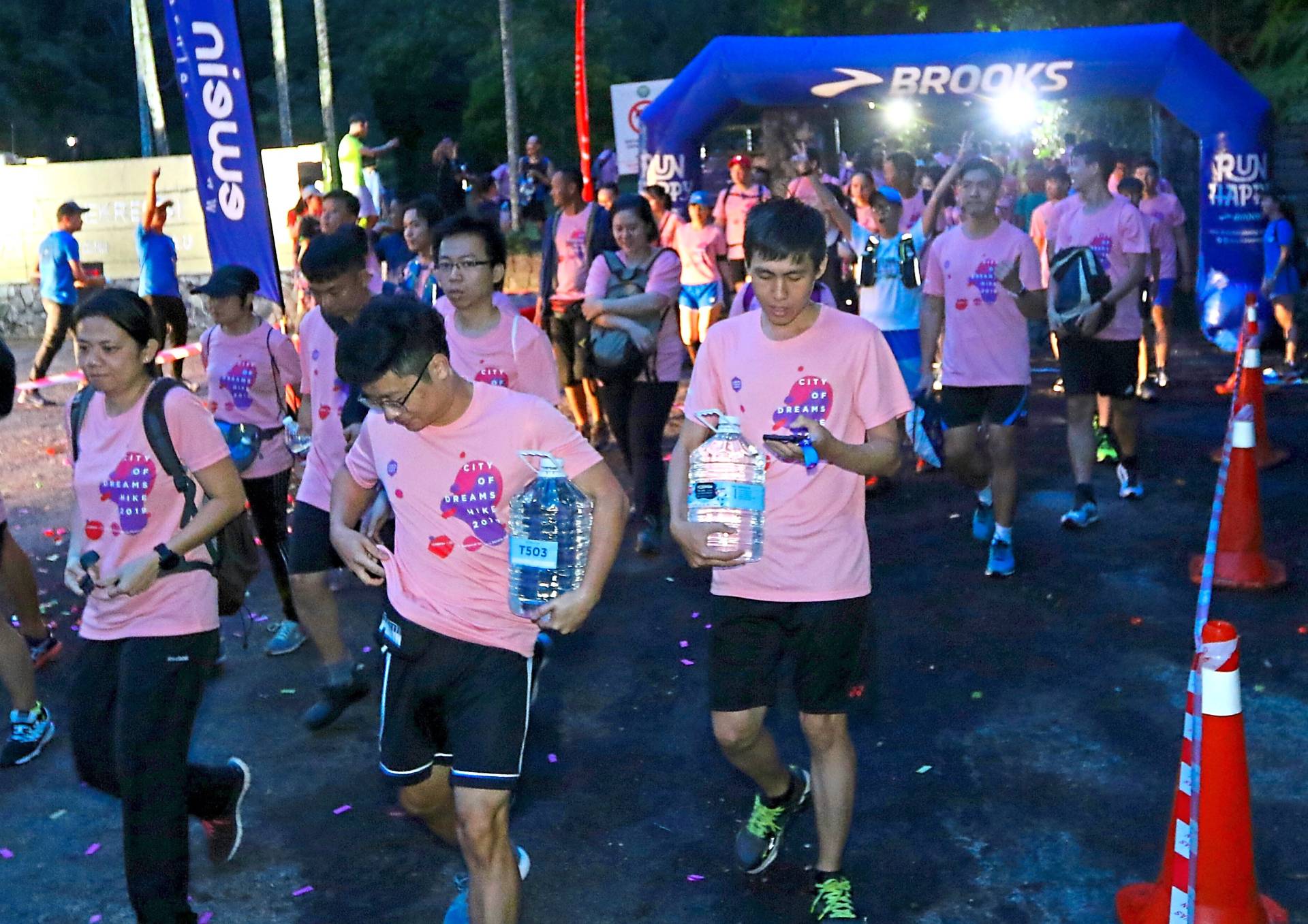 Participants carrying barrels of water during the City of Dreams Hike organised by Ewein Zenith.

“The winning teams were decided based on the most amount of water left upon reaching the finishing line, ” he said during the event recently.

The hike, which was organised by Ewein Zenith Sdn Bhd, drew about 800 people, with many of them children and families.

Ewein Group founder and managing director Datuk Ewe Swee Kheng, who was present, said various sporting activities were being organised by the developer company to encourage the public to stay active.

“This is our second year organising the hike. A participant feeling the strain of the hike.

“Taking part in a sport is a key aspect of a healthy and fulfilling lifestyle, ” he said.

He was accompanied by Zeon Properties Group chief executive officer and founder Leon Lee, who was glad to be part of the event.

“I have always been an adventurous, outdoorsy and sporty person and I’m glad to be here to share my passion with others, ” said Lee.

Participants who completed the hike were awarded finisher medals while some also went home with prizes from the lucky draw.