Visitors trying their luck at one of the games booths set up at the food festival. — Photos: LIM BENG TATT/The Star

A DRIZZLE failed to stop thousands of people from flocking to the third edition of the Penang Street Food Festival (PSFF) at Beach Street over the weekend.

They were spoilt for choice as there were more than 90 stalls selling the state’s best street cuisine, ranging from the ever-popular char koay teow to nasi kandar and laksa Melayu.

The two-day food festival showcased the best of Penang street food from the island and mainland, and aimed at bringing the hidden gems out of the shadows. Visitors making their pick from a wide array of food and snacks from the vendors.

At the Mainland Gems zone, Penangites on the island got to try the food of famed vendors on the mainland such as Bukit Mertajam Yam Rice and Bukit Mertajam High School Rojak. A crowd gathering to watch buskers in action.

Over at the Laksa Galore, lovers of this fish-stock noodle dish satisfied their cravings featuring over 10 versions of the laksa from the highly-sought Peranakan-style assam laksa to the equally tasty Malay-style laksa.

The Hainanese Delight zone was also a hit as those looking for another of Penang’s best kept secret, Hainanese cuisine, lined up for chicken rice, chicken chop and many others. 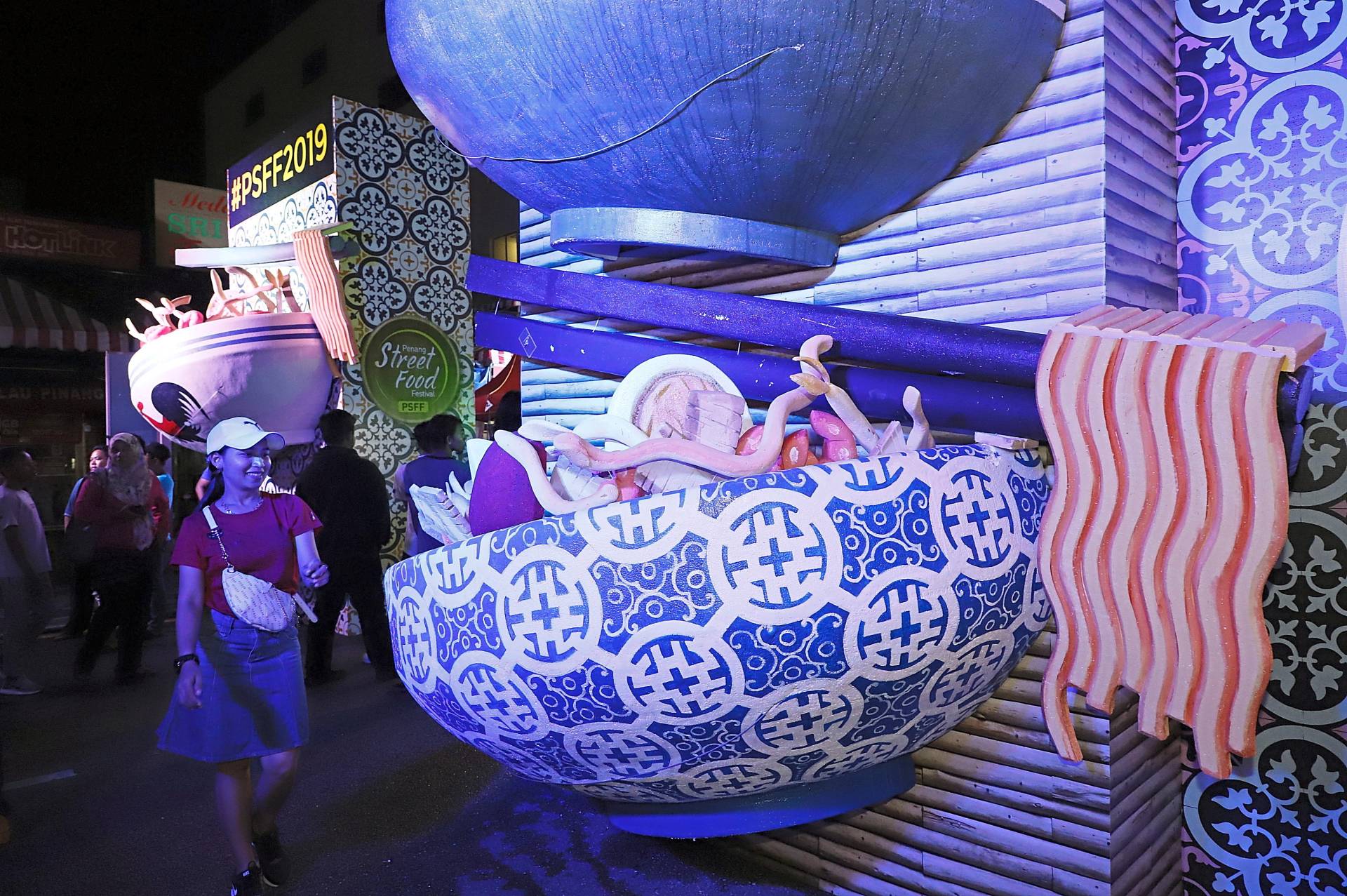 Sculptures of giant-sized bowls of noodles make interesting backdrop for selfies at the entrance to the Penang Street Food Festival 2019.

In his speech earlier, Yeoh said tourism was one of the state’s main economic contributors that had been on the rise each year.

“Last year, there were 7.79 million tourists making their way into Penang, an increase from 7.2 million in 2017.

“Tourism, which contributed to nearly 50% of the state’s GDP, has overtaken the manufacturing industry, ” he said on Saturday. 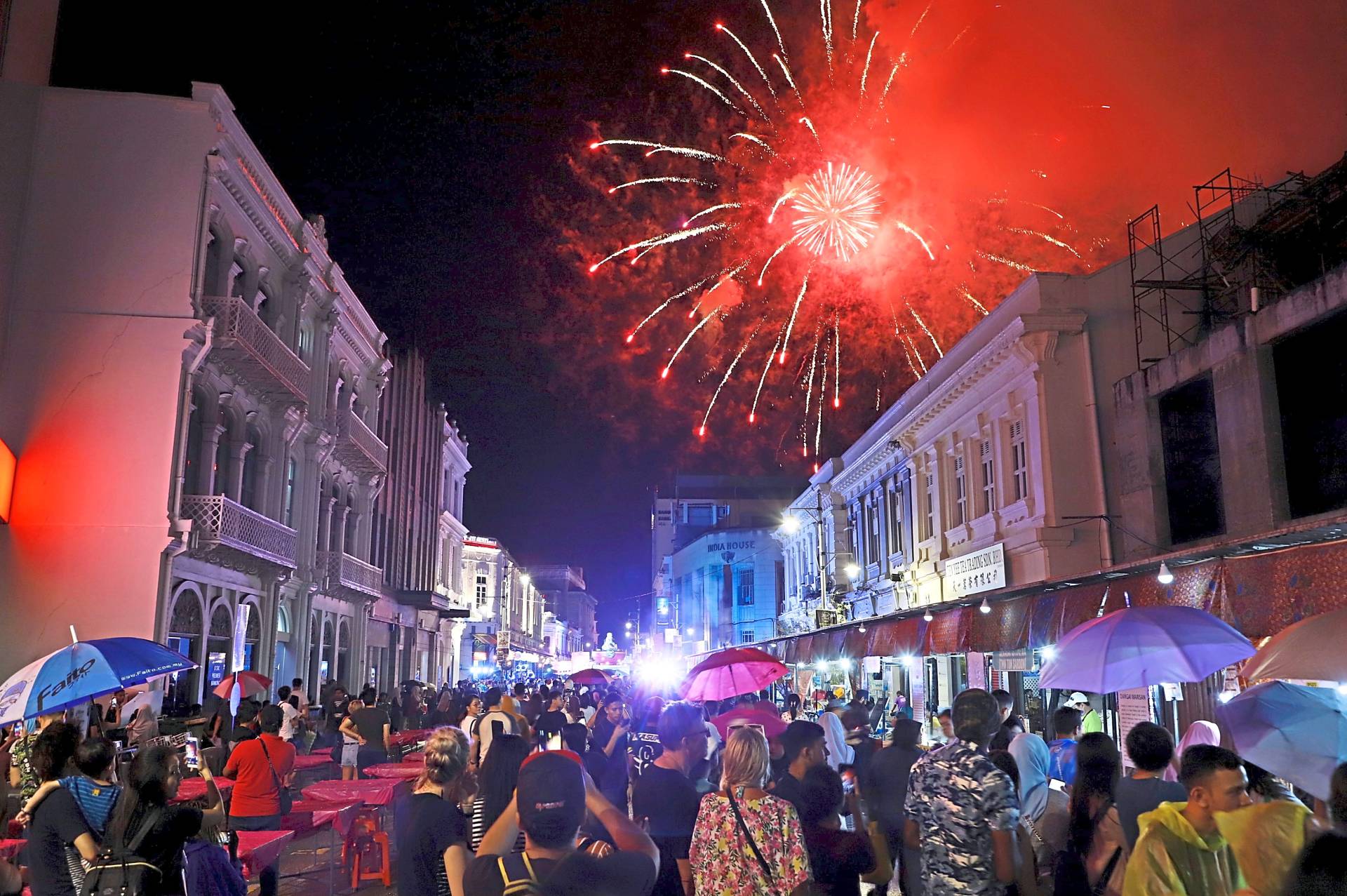 A fireworks display lighting up the sky above the Penang Street Food Festival 2019 at Beach Street.

Yeoh added that to ensure Penang remained competitive in the global travel market, Petach aimed to drive visitors to the state via “EPY 2020” or “Experience Penang 2020”.

“One of EPY 2020’s components, Celebrating Diverse Festivals & Events, will highlight Penang as a state that celebrates festivals all year round, including religious, cultural and arts festivals.

“Some people have advised me to appoint an EPY 2020 ambassador but I decided not to as every Penangite can act as an ambassador by highlighting the state to their overseas friends or relatives, ” he said.