Children rewarded for drawing and penning their dreams

Trikkas (back row, third from left) and Watsons trading head Foo Hwei Jiek (back row, second from left) with winners of the ‘I Have a Big Dream’ contest at Golden Screen Cinemas’ Gold Class Lounge in Pavilion Kuala Lumpur.

THE “I Have A Big Dream” contest encouraged children to aim high while learning about the importance of building a healthy immune system.

The contest comprised a drawing category for children aged four to six and essay writing for those between seven and 12 with a 100-word limit.

Speaking at the prize presentation ceremony at Golden Screen Cinemas’ (GSC) Gold Class Lounge in Pavilion Kuala Lumpur, AJRP country director Christos Trikkas said it was a challenge to choose the competition’s winners because most of the entries were inspiring.

“We selected eight top winners for this competition, ” he said.

In the first category, six-year-old Yoo Yu Yang, who he aspires to become an astronaut, won a basic telescope and astronomy set.

He also received a year’s subscription to Young Scientist magazine, a collector’s book, RM300 Popular vouchers and RM150 worth of Chewies’ products.

His school, St Elizabeth Pre-School, was also recognised for encouraging his aspirations and moulding their student.

Brian Chan Yan Hao, 10, won an annual Petrosains membership and 35 tickets to Petrosains for an orphanage of his choosing in the essay-writing category.

He said he wanted children in orphanages to be given an opportunity to explore and learn about science and technology.

Those present were treated to a screening of “Frozen 2” at GSC. — By SQISTYNA IZZAATIE ZAMARI 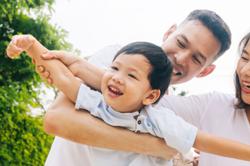 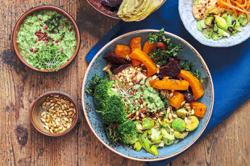 Balancing your immune system to help fight off Covid-19