THE week-long inaugural Penang Climate Action Week (PCAW) 2019 that just concluded last month spread the urgent message that everyone has a role to play in curbing climate change.

The event, organised by Think City with the support of the state, saw a wide range of partners stepping up to provide a range of activities to create buzz around Bangunan UAB in George Town.

“Targeted at the public, the inaugural Climate Week was aimed at promoting sustainable production and consumption, and encouraging discourse on climate actions and solutions,” said Murali Ram, Think City’s programme director for George Town and Butterworth.

The most exciting part of PCAW is undoubtedly, the Climathon, which took place on Nov 16.

The winning proposal was submitted to the global awards, where selected finalists from all over the world will be made known on Dec 13. PCAW is anchored by two forums, one on sharing of experiences and lessons by policymakers and practitioners on how to build Penang’s resilience in the face of climate change, and another more casual series to impart knowledge ranging from composting to living a zero-waste lifestyle.

A casual session was held to impart knowledge on the efforts of local climate advocates with regard to climate action and sustainable living as well as to provide a networking platform for activists and the public. 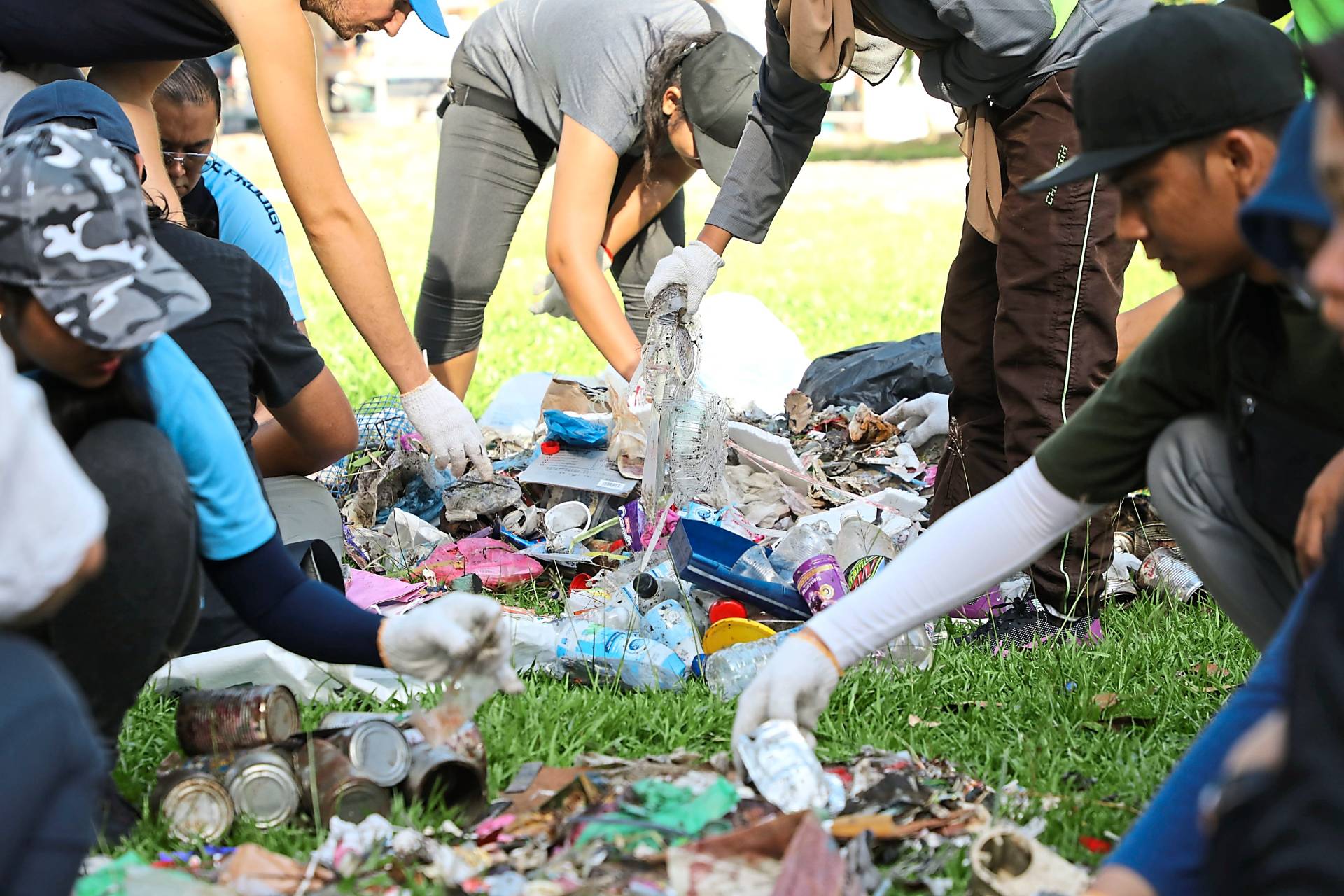 Volunteers from the private sector and NGOs plogging along the banks of Sungai Pinang.

An interactive exhibition to raise awareness about climate change was also set up at Bangunan UAB, which is Think City’s home, to encourage visitors to think about possible contributions to help address the problem, and to provide feedback for intervention.

The exhibition proved to be simple but refreshing as it presents relevant information in an easy to digest manner.

A series of short films were also screened, and these include Our Planet, Sumatran Rhino, Sunken Graves, River of Life Expedition and A Plastic Ocean.

There was also an opportunity to get one’s hands dirty for Mother Earth.

Volunteers rolled up their sleeves to pick up rubbish along the banks of Sungai Pinang at a spot near Jalan Patani. 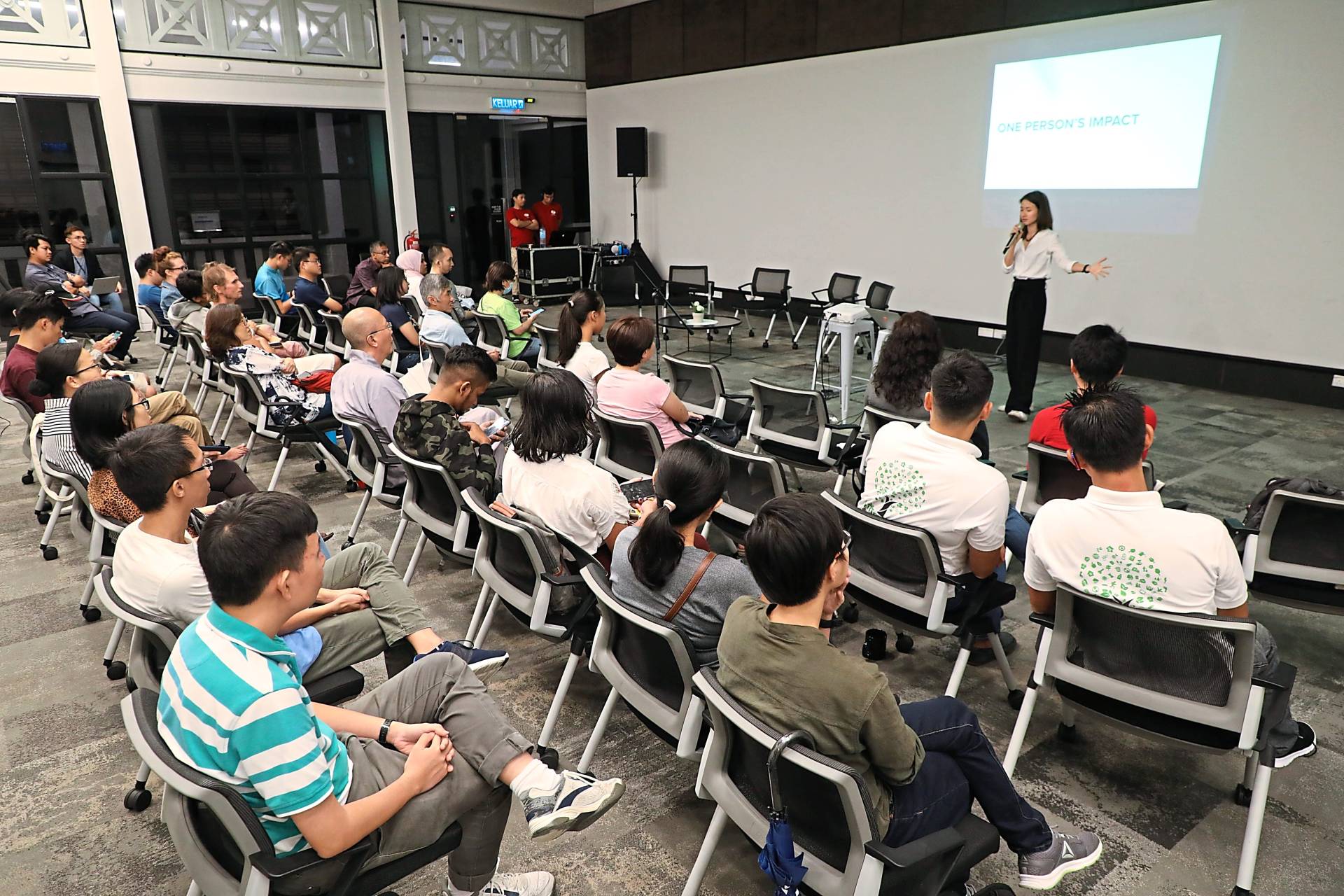 Participants are all ears during a presentation.

“Our plogging activity is a good collaboration between Gamuda, Think City and the Penang Island City Council.

“We are pleased to be partnering them and NGOs such as the Penang Science Cluster, Trash Hero, OWL Penang Zero Bulk Store and Aimpactz to create a better environment,” said Andy Lee, who heads Gamuda’s Quality, Safety, Health & Environment Department.

“Plogging is in line with the Penang Green Agenda and we are supportive of the state’s efforts in safeguarding the environment,” he said. Attendees watching short films dwelling on sustainability and the environment.

According to Murali, Think City is encouraged by the participation in the event, even in the face of limited promotional activities. If anything, he said the public can expect more of such from the organisation.