Setting the nights to music

Endleaves get into the groove at Where Else on Saturday (Dec 14).

Backyard has been kicking out the jams for over two decades and shows no signs of slowing down. Monday nights are usually pretty low-key but there is definitely more in store as the week rolls along.TEN

125, Jalan Gasing, PJTEN keeps it crazy from the stage. Monday nights are all about chilling out, so it’s time to let your inner musician out with a Karaoke Night for all.MANDOLIN

Tel: 03-7728 0532Online is one of those special places where your cares seem to just melt away on taking your first step inside. Mondays in December are a bit livelier than usual as the house experiments with a new three-piece outfit all set to hit the stage.

Damansara Jaya, PJAnother relatively new kid on the block that serves up great live music. Vishnu, a crooner who is a dab hand at the keyboards and guitar, will liven up Monday nights.ROCK BOTTOM KITCHEN & BAR

Bangsar, KLMonday nights are all about Mizan and Kyra as they get down to sing out strong for the crowd in the heart of Bangsar. It’s also Rock Bottom’s quiz night so Quizmaster Ram will be in the house to put your brain into overdrive.WHERE ELSE @ SUNWAY108, Ground Floor, Block B3, Leisure Commerce Square,

Tel: 03-7877 1888Fresh from its third anniversary celebrations, Where Else continues to liven up the nights. If there isn’t live music, there’s pool for the punters. On Monday nights, the Bluez Bugs take the stage. TUESDAY

Tel: 03-3318 2278Sometimes, it can be a bit hard to find good live music outside the heart of the city but 3 Monkeys in Klang does it well, with local boy Gerard Singh on the guitar and vocals every Tuesday.BACKYARDFor a taste of something completely different, check out Arumugam goes to Alabama for a blast of fusion vibes with a dose of the sitar and tabla.ONLINETam the troubadour lives it up in Online on Tuesday nights, serving up some magic with just his guitar and his voice.OVERFLOWEvery Tuesday, it’s a tune of a different sort in Overflow, with Liza and Soon King getting down to the groove to get the party started.ROCK BOTTOM KITCHEN & BAR

De Aphrodite takes the stage in the heart of Changkat Bukit Bintang every Tuesday in October.ROCK BOTTOM BANGSAR

Get set for a bit of double trouble as Vijay and Ramesh team up to entertain the crowd.TENTuesdays are all about Bennet and his invisible band. Not a karaoke session, it’s an open-mic night where Bennet invites all comers to join him on stage for some fun.WHERE ELSE

Tuesday nights are all about the fun, with everyone welcome to jump in and have a blast at the House of Blues’ Open Mic nights.WEDNESDAY

There’s another hotspot brewing out in Klang. On Wednesday nights, the Double J Band entertains.FATBOI TAVERN

Tel: 03-7863 0500Punters in PJ now have one more spot to head to for some great live music, although it is still only for hump day every week, with Gerard Anthony bringing his vocals to the fore from the floor.HANGOVER

2, Jalan 19/1, PJIt’s ladies night and the outlet invites Adagietto to take the stage to liven things up with some great live music selections.JOES UPSTAIRS @ SS2

Tel: 03-7865 1957There’s more to explore musically in Petaling Jaya with Joes Upstairs joining the fray. Wednesday nights are all about the classics.ONLINEIt’s hump day, and everyone is feeling it, so why not enjoy something a little more laidback, as Sharin dials down the rock and picks up his acoustic for an uplugged night for all.OVERFLOWSoloists get a field day in Overflow as the roster rotates for more fun on stage.RED PENGUIN

Taman Tun Dr Ismail, Kuala LumpurAnother new hospot in town, the Red Penguin is just starting up but it has some good vibes on offer. Wednesday nights see the veteran Victor M on stage in the heart of TTDI.ROCK BOTTOM BANGSAR

Veteran rockers Hydra are all set to turn up the heat as they strive to get the crowd jumping as they try to get over the midweek hump with a selection of great tunes.ROCK BOTTOM CHANGKAT

Spoken Soul is in the house with a selection of tunes that range from the classics to today’s chart-toppers.TENGet over the midweek blues with a taste of High Systems in TEN.THURSDAY

While the Bee may be known as more of an indie joint, there is plenty of mainstream musical action to be had, especially on Thursdays when rockers Hydra turn it up to eleven from the stage. JOES UPSTAIRS @ SS2

There’s more to explore musically in Petaling Jaya with Joes Upstairs joining the fray. On Thursday nights, the versatile voice of Brenda Lee joins the ever-fresh Raymond Chia for some fun in the heart of SS2.ONLINEThursday’s are retro nights with KDee and Razman taking the stage to belt out the classic that will have the crowd tapping their feet and nodding along to some familiar favourites.OVERFLOWClinton J. Fernandez is in the house on Thursday nights to spice it up with his great vocals and some magic on the ivories. ROCK BOTTOM BANGSAR

It’s Ladies Night and Rock Bottom keeps the party going with Astra Malaysia getting into the groove of things from the stage.ROCK BOTTOM CHANGKAT

The Octaves are in the house to entertain the crowd as they serve up a good mix of the classics and some newer vibes for the more young at heart.RED PENGUIN

9, Jalan Pinang, KLThursday nights have a special kind of magic in Tujo when a trio of veterans get in on the live action and kick up a great time. Join Vijay David, Albert Sirimal and Badar as they sing out strong on Thursday nights.FRIDAY

Next week, Priscilla Xavier is back in action as she asks the question that comes to mind in the Yuletide season — “Naughty or Nice?”.BACKYARDFriday nights are always good nights in the Backyard with Union, taking it to the 1980s.HANGOVER PJ

Friday nights prove to be an interesting pick for music fans in Section 14, PJ, as the Pandavas Fusion Band team up with vocalist Glenn Salay (of Alleycats fame) to get the party off to a good start.ONLINEGet into the groove at the Temple of Rock, with Soul Statue getting in on the action of a Friday night.SALA @ SHERATON PJ

Tel: 03-7859 7858Rockers Hydra are in the house to blow your socks off as only they know how to with a selection of favourites. WHERE ELSE @ SUNWAY

On Friday nights, it’s more rock and blues as the Bluez Bugs scream out loud on stage but also take it slow at times.TENIt’s a groovy Friday night with Chemistry leading the action from the stage.SATURDAYALEXISTonight, Evelyn Feroza continues to thrill the crowd with her great vocals. Next week, Priscilla Xavier continues to get the crowd going as she sings up a storm. COBRA CLUB

Section 52, Petaling JayaIt’s not just a rugby club but also a place to chill and unwind with some friendly vibes.MANDOLINSaturday nights are all about Chemistry as the six-piece outfit get into the groove.ONLINEThis week, the Temple of Rock gets back into the groove with Sharin on stage with the rest of his Trio. TENOn Saturday nights, the Rare Species are in the house to take the crowd for a ride.SUNDAYBACKYARDThe DoubleAze duo are back on stage in Backyard to entertain.ROCK BOTTOM CHANGKAT

For some great blues and rock just in time to help deal with the end of the weekend, check out Rock Bottom in Changkat as the Sons of Adam belt it out from the stage.TENTake a stroll down memory lane as the Small Stones feature Thomas Williams for a nice Sunday chill-out session at TEN. 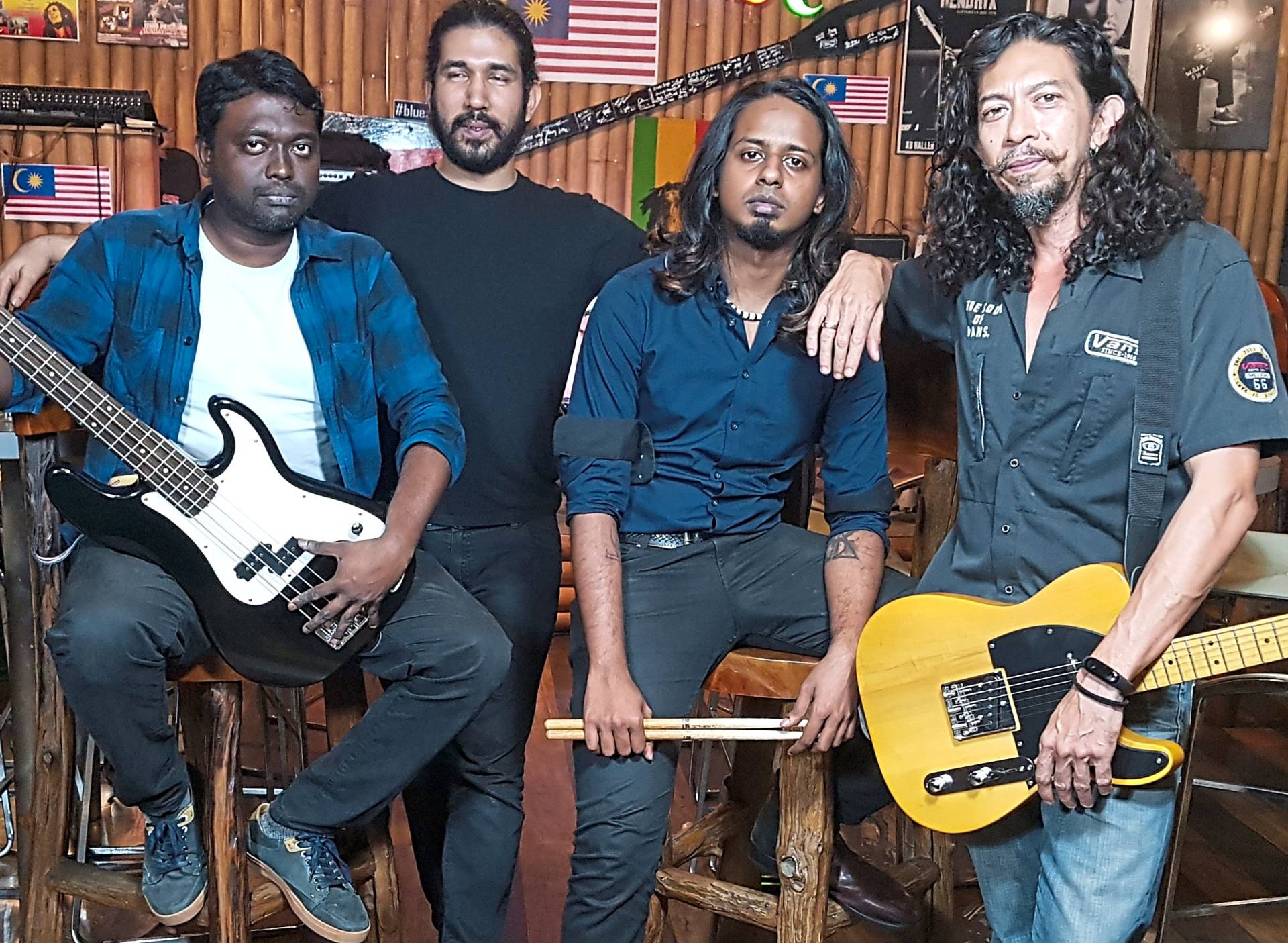 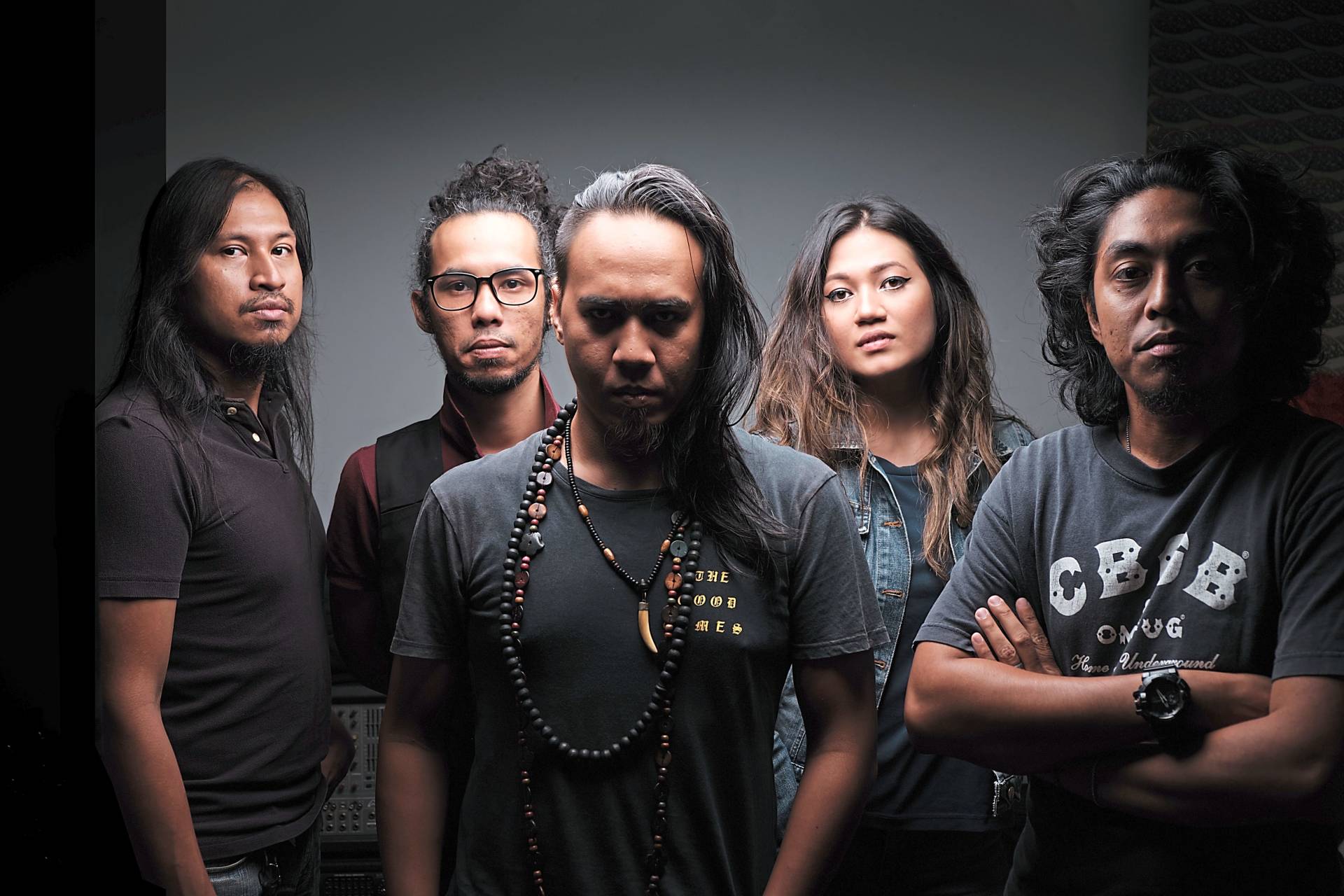 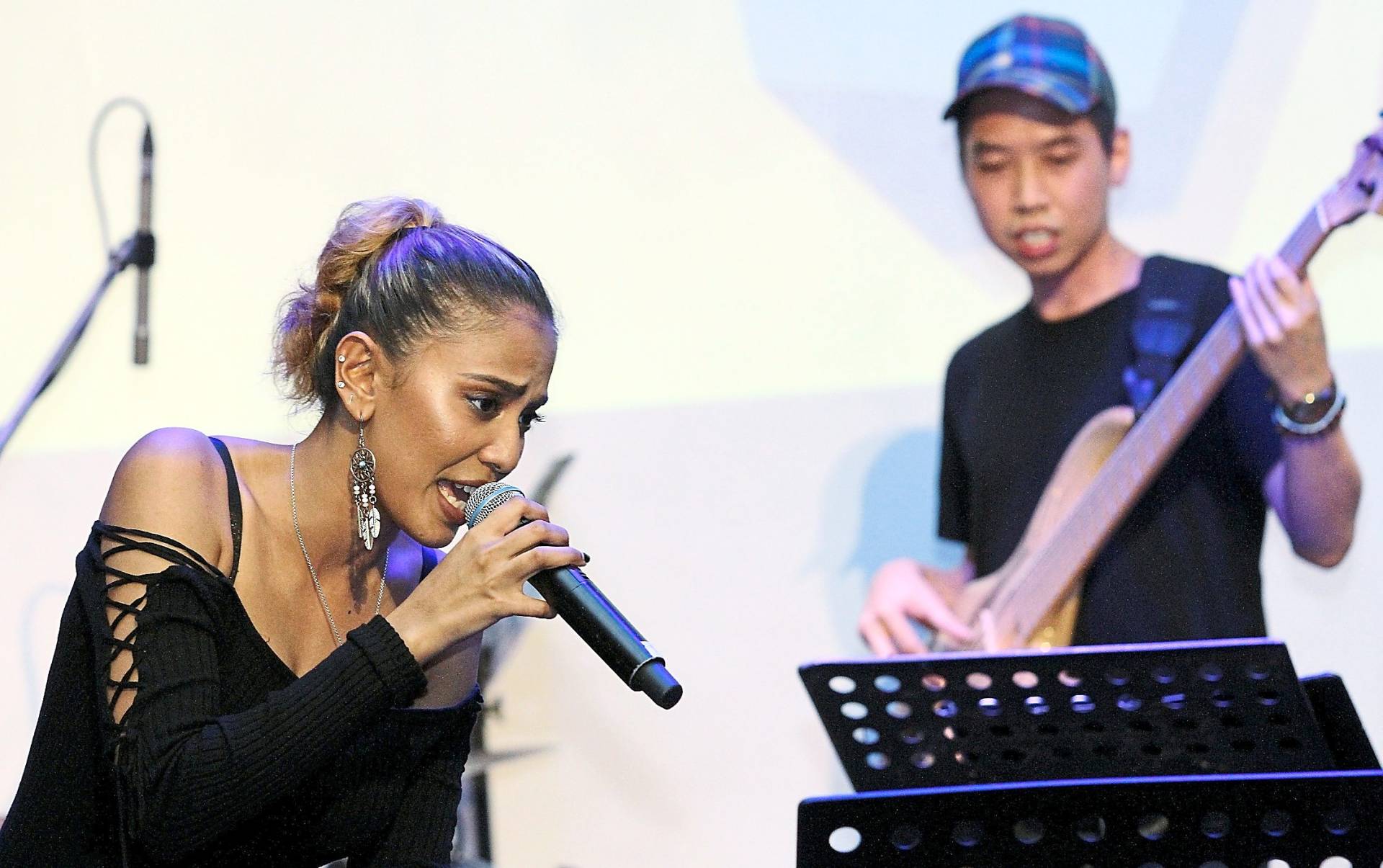 Endleaves get into the groove at Where Else on Saturday (Dec 14).

DoubleAze are always in the mood for some chill sounds in Backyard on Sunday nights.

Soul Statue serves up a rocking good time in Online on Friday nights.

Evelyn Feroza will be singing her heart out in Alexis tonight.

Priscilla Xavier will be getting her groove on in Alexis next weekend.

Join Clinton as he rules the roost in Overflow on Thursday nights.