Each Grand Imperial restaurant features different appetisers and the newest eatery is known for its cold dishes made from quality ingredients such as Australian Cuttlefish with Tartar Sauce and Dried Scallop with XO Sauce.

The restaurant, which covers an area of ​​about 1,115sq m, has seven luxurious rooms that can accommodate up to 450 people.

Grand Imperial Restaurant group managing director Rand Cheung said that goals set by the company two years ago — to open a branch in Genting Highlands and another in Pavilion KL — had been achieved.

“Another new restaurant is expected to open in June next year at The Club@Bukit Utama in Bandar Utama with a ballroom that can accommodate up to 1,000, ” he said at the opening of the latest Grand Imperial venue.

On future plans, Cheung said there were plans to set up restaurants in Hong Kong and Singapore.

A prominent company in the food and beverage industry, Grand Imperial Restaurant takes its role in corporate social responsibility seriously. To make its opening even more meaningful, a charity dinner was held after the opening.

Grand Imperial Restaurant business development manager Maggie Chow said the price of a table at the charity event was RM3,988. — By MINNOW YANG 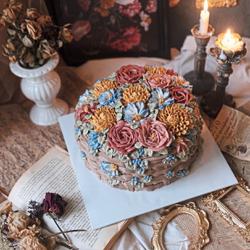