IT was a night of fun and merrymaking for pressmen who attended the media appreciation night organised by Ewein Zenith Sdn Bhd at The Whiski in Karpal Singh Drive, Jelutong.

The developer of City of Dreams (COD) hosted the event as a show of appreciation to the media organisations.

More than 50 journalists, photographers and marketing representatives from various media organisations attended the event despite the strong winds and heavy rain that night.

Zeon Properties Group chief executive officer and founder Lee Toong Leon said the media was the vital bridge that connected the group to a spectrum of target audiences.

“I used to just read the news without giving a thought to the hard work which goes on behind the production until I came to know our media friends personally.

“It was only then that your dedication, day and night, in following through every piece of information from different sources just to ensure just and fair, impartial and professional reporting that made me realise that there was so much effort put in just to produce one news article.

“Imagine the work put in to produce a newspaper on a daily basis.

“My respect and admiration goes to all of you, ” he said to the media guests.

Zeon Properties is the marketing agent for the COD project.

Guests were treated to a sumptuous buffet and free flow of cocktails.

There was also a live band to keep the crowd entertained.

The pressmen were also introduced to the staff members of Ewein Zenith who were behind the COD project.

It would not be a media appreciation night without lucky draws and true enough there were 15 prizes in the form of cash up for grabs that night.

COD, which is developed by Ewein Zenith, a subsidiary company of Ewein Group, is a luxury residential development located between Seri Tanjung Pinang and Gurney Drive.

The project is the brainchild of Ewein Group founder and managing director Datuk Ewe Swee Kheng.

Prospective owners will be pampered by over 80 world-class amenities spread across a trio of facility floors covering over 120,000 sq ft.

Work on the project is nearing completion, with handover expected next year. 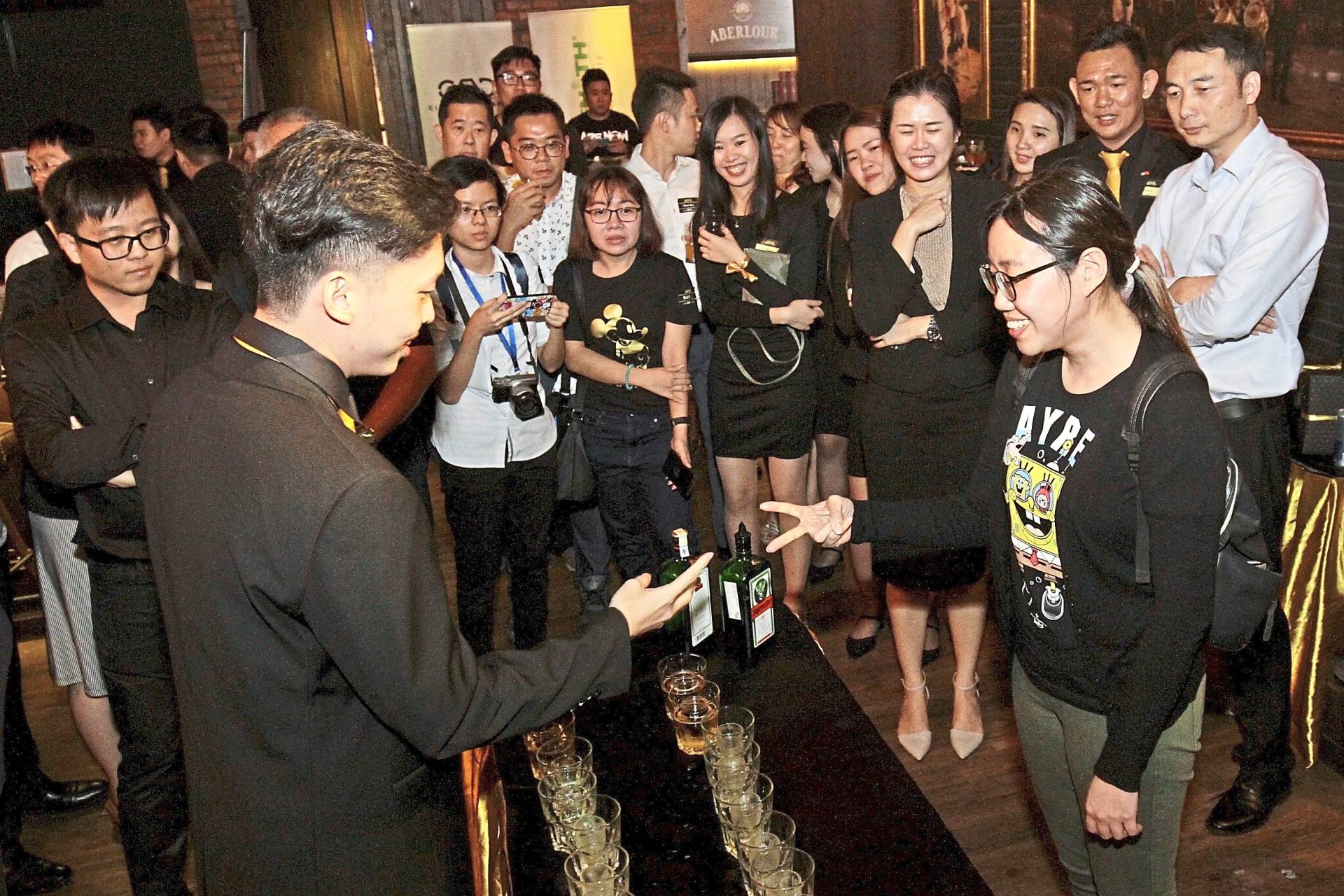 Ewe (centre, white shirt) smiling for the camera with SMG client brand marketing general manager Simone Liong (on Ewe’s right) and her team and other VIPs during the media appreciation night at The Whiski.