ALTHOUGH the Penang Island City Council (MBPP) has given its explanation over the earthworks on the hillslope of Mount Erskine, George Town, the residents are still having sleepless nights as they feel the road project could jeopardise their safety and well-being.

Darren Quah, 43, said the view from his apartment was an eyesore and it did not reflect Penang’s ‘greener, cleaner and safer’ tagline that the state government always talked about.

“Before I moved into this condominium, the hill opposite our building was untouched, virgin and green. Quah (right) pointing at the ongoing works at the construction site next to Mont Residence.

“It was also peaceful and suitable for my family as we always wanted a quiet and private place as our home.

“But now, the place is a mess and I am baffled as to how this could happen in the first place, ” he said in a recent interview.

Quah said what he feared the most was a serious soil erosion that could trigger a landslide.

“During the rainy season recently, mud flow inundated the parking area at the basement of our condo. Quah fears that a serious soil erosion may occur, triggering a landslide to happen.

“We don’t want this place to become another Highland Towers or victims of a landslide, ” he said.

Another resident Patrick Lim, 42, also echoed similar sentiments about the safety of the residents there.

“This place has lost its charm as the hill-clearing has totally destroyed the wonders of nature, ” he told The Star team that visited the area upon request by the residents.

Sahabat Alam Malaysia (SAM) in statement a few days earlier, had also raised concern over the earthworks and hill-cutting along steep slopes in Mount Erskine. 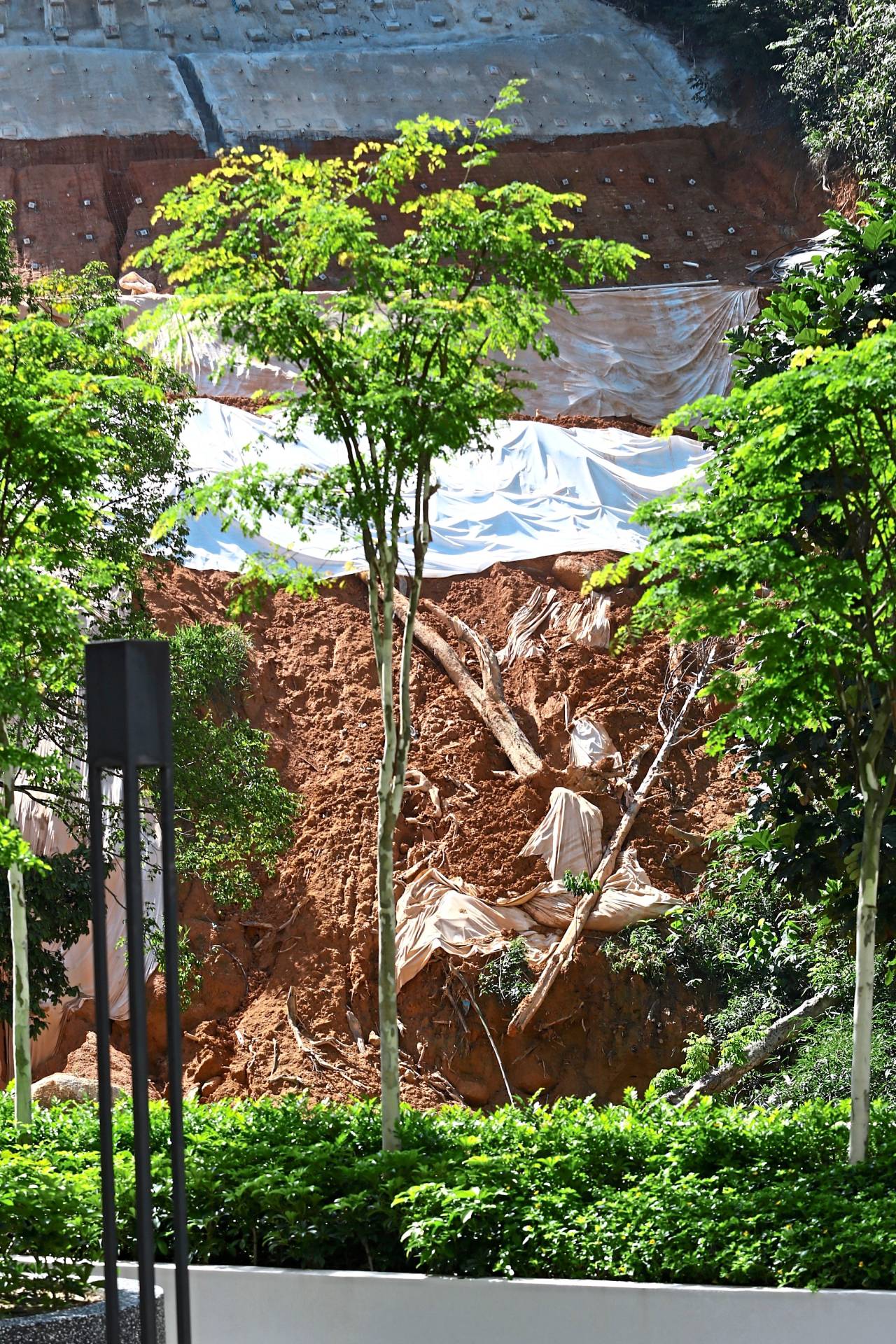 Part of the hillslope clearing close to a playground at the condominium in Mount Erskine.

However, the MBPP clarified that the hill-cutting and earthworks on the slopes of Mount Erskine were for the construction of a road linking Persiaran Halia 3 to Jalan Mount Erskine.

When contacted, Kebun Bunga assemblyman Jason Ong Khan Lee said from what he understood, MBPP had imposed conditions to the developer which are to be duly followed.

“As for my part, my team and I will monitor the situation there and report to the MBPP if there is any wrongdoing, ” he said.