Traffic management is among the issues that will be discussed when drafting the Kuala Lumpur City Plan 2040.

These figures include new births and migration of people from other states to the city.

Out of the total population, working adults will comprise 60% while retirees and children will make up the rest.

Mayor Datuk Nor Hisham Ahmad Dahlan said this figure reflected only the number of residents.

“In the day, the city is host to some four million who travel from outside KL, like the suburbs in Selangor, for work,” he said.

“Among our chief concerns are the increase in traffic, the need for affordable housing and improved public facilities.

“We also need to ensure that there are enough job opportunities to support the increased population,” he said.

Nurazizi said it was important for DBKL to pay close attention to population growth to ensure it could deliver services accordingly.

Nurazizi explained that the act was unique, because it applied to Kuala Lumpur only, unlike other states in the peninsula which relied on the Town and Country Planning Act 1976.

“Unlike other peninsular states which are governed by their respective state governments and local assemblymen, Kuala Lumpur falls under the direct purview of Federal Territories Ministry.

“Thus, the administrative structure of DBKL as a local government is different from that of local councils in other states,” he said.

“The structure plan outlines the objectives and proposals for development, land use, environment, social aspects and traffic management.

“Meanwhile, the local plan outlines the detailed proposal for specific sites in the city.”

Nurazizi said that once the first draft of the local plan was completed, it would be opened to public scrutiny.

“The public is invited to raise objections and provide input on the draft.

“These include individuals, residents associations, non-governmental organisations, businesses and government agencies, among others.

“A special advisory board comprising former civil servants and prominent figures will then review the input and submit a recommendation to the mayor to amend the draft.”

Members of the special committee are appointed by the Federal Territories Minister.

Nurazizi said 20 offer letters had been sent to appoint new members for the advisory board, of which 13 had accepted.

“Based on the board’s recommendation, the mayor will then submit the amended draft to the ministry to be gazetted.”

He added that when drafting the previous local plan in 2008, DBKL received 62,224 objections including matters related to traffic, public facilities and housing.

“DBKL was committed to incorporating public input in the draft,” said Nurazizi.

He said public participation in the planning was crucial because it gave stakeholders a sense of belonging to the city.

“KLites can be directly involved in the city’s planning and development,” he added.

However, objections must be made in written form.

The public can view and provide feedback and suggestions on the first KLCP2020 draft until Dec 2 at the City Planning Department at Level 13 of DBKL’s headquarters in Jalan Raja Laut.

Feedback and suggestions can be sent to DBKL at klmycity2040@gmail.com 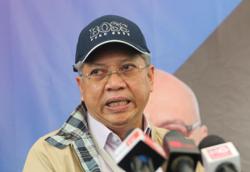