A government high-rise housing project in Jinshuihe township in Jinping county in Yunnan province which will house over 1,000 people relocated from impoverished places.

IN Kunming, the capital of Yunnan, China’s southwestern province, a jewellery shop assistant is seen entertaining a Pekingese dog to allow its owners to shop in peace.

In Mengzi, a city in the Honghe prefecture, some restaurants serve noodles in bowls so big that even an extremely hungry diner would not be able to finish its contents.These are clear examples how the Chinese are enjoying better quality of life these days.

But as recent as the 1990s, the Chinese population were surviving on ration coupons.

Zhang Zhixin, 45, who hails from Heilongjiang province and is now counsellor and division director for the Asian Affairs department in the Chinese Foreign Affairs Ministry, remembers this period well.

“It didn’t matter if you had a lot of money. To buy food, you had to use coupons,” said Zhixin.

The China Daily reported that coupons were not only used for food but also for fuel, bicycles and televisions.

Meat was scarce, and it was rationed at 0.25kg per person per month. 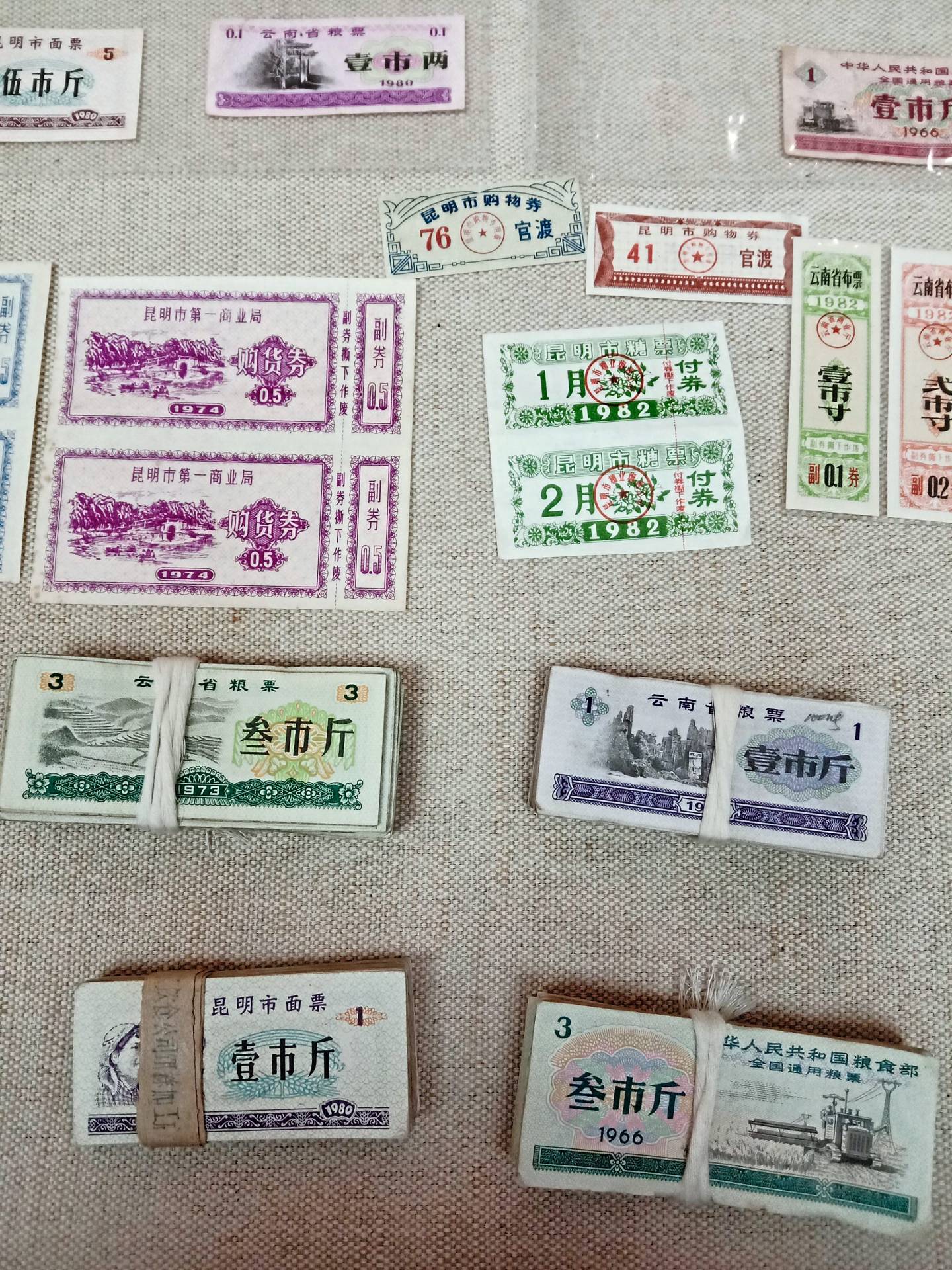 A memento from the past at the 70 Years Anniversary of Yunnan. The Chinese population were surviving on ration coupons as recent as the 1990s.

The ration coupons were finally stopped in 1993, after food and commodity supplies improved and surpassed demand.

Zhang Liang, who General Affairs department deputy director-general in the Chinese State Council Leading Group Office of Poverty Alleviation and Development, provides insight into how the country lifted some 700 million of its people from the clutches of poverty within four decades.

“We made it our first priority. The process involved all government agencies from the Foreign Ministry to the Education Department at provincial, municipal, county and village levels.

“Promotion prospects for civil officers would depend on the success of their department’s poverty alleviation programmes. “More than three million staff were sent to rural areas to assess who would receive help and coordinate needs such as access to drinking water, roads, housing, healthcare and education. Those who failed were punished,” said Liang.

From 1978 to 1985, land reforms was implemented in the rural areas where farmers were given the freedom to decide what they wanted to grow and made responsible for the results, replacing a former system where the state bore all profits and losses.

This not only boosted productivity but also raised prices of agricultural products and spiked interest for productivity.

From 1986 to 2012, poverty standards were set up and stricken regions identified with funds and manpower mobilised.

“Our first poverty level standard per capita was set at RMB100 (RM59.22) per year. This is very low but then the financial conditions were terrible as we were still recovering from wars and social conflict.

“This sum was based on food expenses required for basic survival, which was based on 2,000 calories per person per day. We were only thinking about nutrition because we didn’t want people to starve to death,” said Liang.In 2018, the poverty level standard was raised to RMB2,995 (RM1773.57) per capita per year.

Providing insight as to how the nation had clawed its way out of such dire circumstances, it looks to Yunnan where slightly over seven million of its 48 million population were lifted out of their impoverished circumstances within five years.

Countryside tourism, e-commerce and agriculture have been named as the main economic activities which have allowed all registered poverty-stricken people to gain access to basic medical care, critical illness insurance and medical aid.

One example lies in Nanyou, a village in Malipo county which currently has 132 households and a population of 462.

Ten years ago, the income per capita was only a few hundred renminbi a year. Today, it has risen to RMB7,000 (RM4,148) per year said Li Shujuan, who is head of the village’s Communist Party committee. 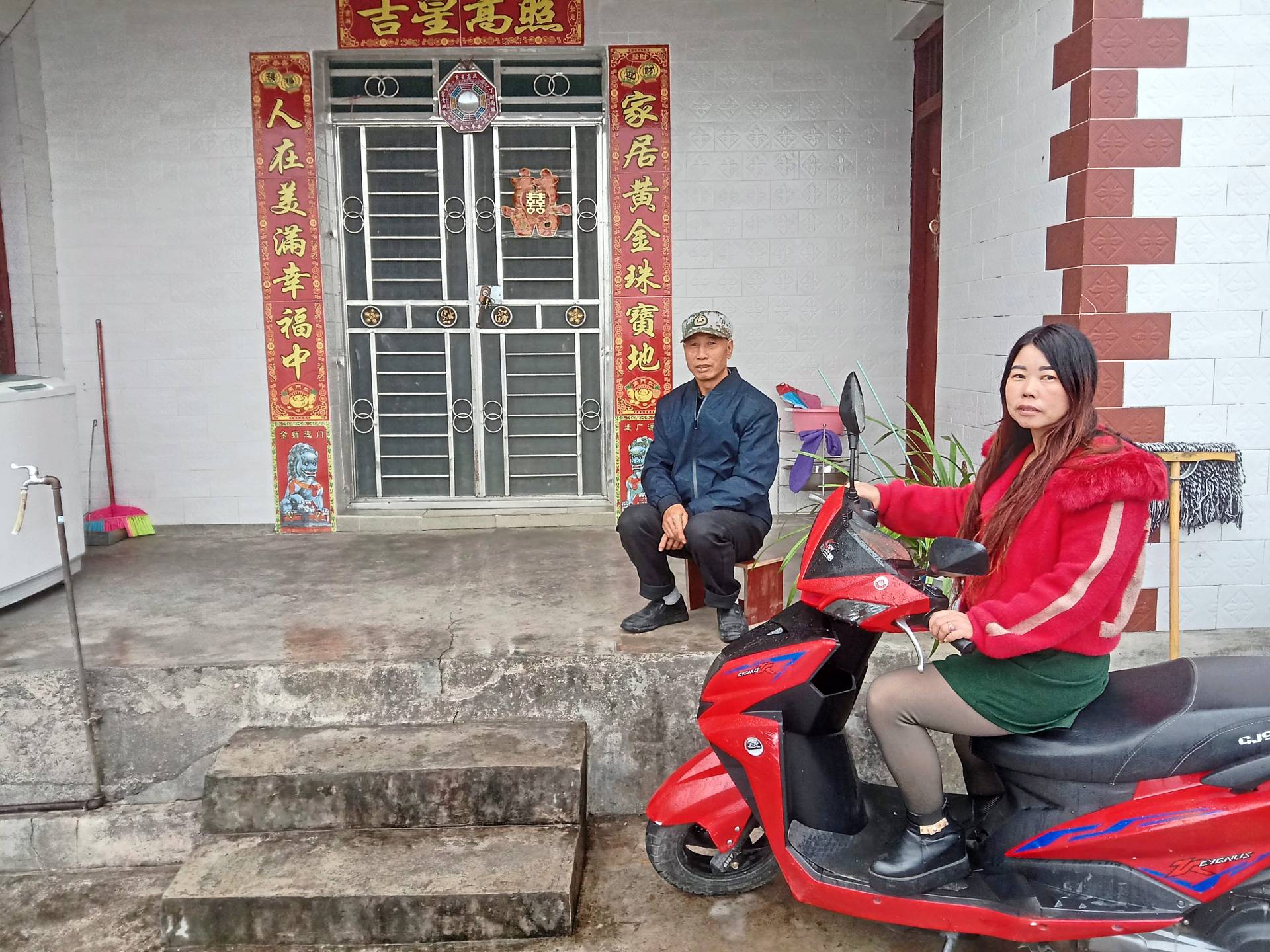 Chen Jia Jie (right) on her motorbike in front of her new house built with the help of government subsidy in the village of Wangou in Jinchang, Yunnan.

There are around 10 to 12 mushroom farms here, each measuring about 2,500 sq m, and there are plans to expand the number of farms to 50 by year end.

“We began to see changes in the village in 2014. Ninety percent of the houses, formerly wooden huts, have been rebuilt using bricks,” said villager Long Kaijia, 38, a former construction worker.

Mushroom farming has enabled him to educate his two daughters and build a RMB300,000 (RM178,161.24) bungalow on a hill overlooking the village.

Over in Wangou, a village in the township of Xiajinchang, a government initiative to support the cultivation of herbs and spices such as Chinese black cardamom and dendrobium has allowed the parents of Chen Jia Jie, 47, to continue living in a wooden two-room house they built some 40 years ago.

The house has no central heating and the only source of warmth is from an open fire in the middle of their bedroom.

It is not that Chen’s parents, both in their 80s, have nowhere to go.

Their children’s houses which are spacious, whitewashed brick structures with electricity and piped water, are just steps away.

However, Chen’s parents have insisted on staying put in their old house for sentimental reasons.

Not wanting to disrupt their parents’ choice of lifestyle, their children are letting them have their way, but not without fixing the roof and installing electricity beforehand.

At provincial level, the Chinese government has given out RMB36.58bil (RM21.66bil) in subsidies to 1.8 million rural families to have their dilapidated houses renovated.

All of the 8,502 villages in the province have access to concrete and asphalt roads, electricity, Internet, clinics and public service centres.

Those living in environments that are either too remote, are fraught with natural disasters or where the geographical and weather conditions are too harsh, are relocated. 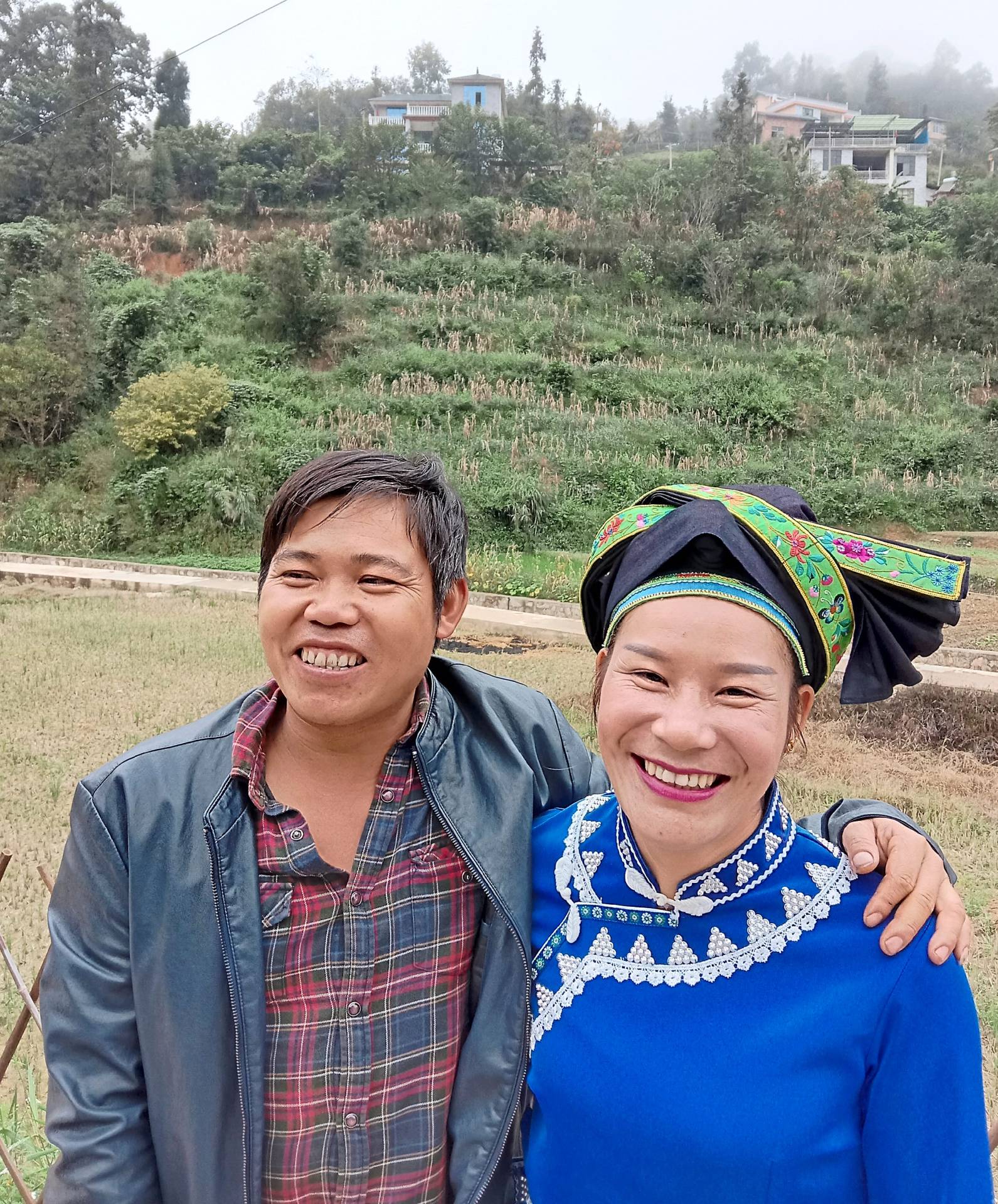 Long Kaijia, 38, a former construction worker seen here with his wife Loo Tze Yue, says mushroom farming in Nanyou, a village in Malipo county, has enabled him to educate his two daughters and own a bungalow.

To date, the provincial government has spent RMB57.57bil (RM34.08bil) for relocation programmes on 995,000 poverty-stricken folk.

An example of where these people will live after they have been relocated is in Jinshuihe, a border town close to Vietnam.

Developed by Jinping Urban Investment, some 410 apartment units measuring from 70.28 to 93.80 sq m with three to four bedrooms will see villagers from as far as 100km away living here by end of this month.

Rent is free and ownership will go to the next-of-kin upon the resident’s demise.

The RMB30mil (RM17.8mil) project for these 12 apartment blocks will take up a total area of 42,890 sq m and each block will be no higher than five floors.

As for dealing with the voices of dissent from populations targeted for relocation, Zhixin stressed that no force is employed on unwilling participants.

Instead, he said, many were sure to readily comply after being assured of better education, job opportunities and medical facilities for themselves and the next generation.

“For communities living in harsh environments, experiencing the grief of losing loved ones to disease and injury due to lack of medical care makes them eager for change,” said Zhixin.

At present, all who are registered as poverty-stricken in Yunnan

Some 1.4 million people are covered by a rural subsistence allowance system amounting to RMB4,200 (RM2487.65) per capita year.

Motivation does come from the government in the form of incentives and vocational trainings.

Yunnan regional cooperation office chief Yang Shaocheng said the battle against poverty was largely driven by those who have struggled and emerged triumphant in the end.

“Yes, we have dealt with poor people who were initially resigned to their fate. But when they see their neighbours who were once poor like them succeeding and leading better lives, they are inspired to follow in their example,” said Yang.
Article type: metered
User Type: anonymous web
User Status:
Campaign ID: 1
Cxense type: free
User access status: 3

Don: Next step is for Malaysia to achieve invention stage