No extension for use of Jawi on signage in Pahang 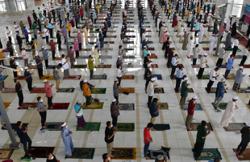 A signage in Jawi in Kuantan. — Filepic

KUANTAN: No time extension will be given to owners of premises in Pahang to use Jawi writing on their signage, before enforcement begins on Jan 1.

Pahang local government and housing committee chairman Abd Rahim Muda said the deadline had been extended before and the parties should have been aware of the directive.

Abd Rahim said the state government’s decision to make the use of Jawi writing mandatory was also in line with the King Al-Sultan Abdullah Ri’ayatuddin Al-Mustafa Billah Shah’s wish for wide use of the writing in Pahang. “The order was issued when Al-Sultan Abdullah launched a Jawi writing programme in November last year and other than owners of premises, instructions were issued to local authorities to use Jawi writing on road signs,” he said when winding up the Supply Enactment Bill 2020 at the Pahang state assembly sitting in Wisma Sri Pahang here.

During the session, Abd Rahim also emphasised that the use of Jawi writing should not be an issue or seen as promoting Islam because the two were different.

He added that there should be tolerance as there were traders who used Tamil or Chinese characters, although it was not mandatory.

At the assembly sitting, Sim Chon Siang (PH-Teruntum) repeatedly asked for the state government to consider extending the period of the Jawi signboard until March.

Sim said the extension was necessary as the number of signboard makers in Kuantan was limited.

“We have given a year and it is not necessary for them to instal new signboards. The jawi writing can be pasted on existing signboards because our goal is to enhance the use of jawi,” Abd Rahim said.

In response to a question from Lee Ah Wong (BN-Cheka), he confirmed that allowances would be made for small-sized Jawi writing to be used, if the original signboard could not fit both writings. — Bernama 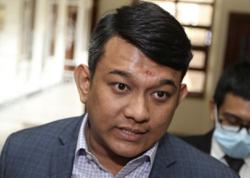