Tee with the three cows he bought at the auction.

JOHOR BARU: Two men spent more than RM13,000 between them to buy three cows and a bull during an auction held by Johor Baru City Council (MBJB).

He said they would be sent to an animal shelter called Malaysia Compassion Life Association in Negri Sembilan.

“The price of the bull was a little too high. I wish I could afford the price to save it,” Tee said at the auction which drew a large crowd in Kampung Maju Jaya, Kempas here. He added that he had been going around the state saving animals for the past 15 years.

Tee said besides livestock and domesticated animals, he also rescued wild and exotic animals that were taken from their habitat and sold online or in markets.

“Pythons, giant squirrels and foxes are some of the animals I have bought and released back into the wild,” he said, adding that each year he spent about RM150,000 on rescuing animals.

Tee works with 30 volunteers and all of them are passionate about saving animals. 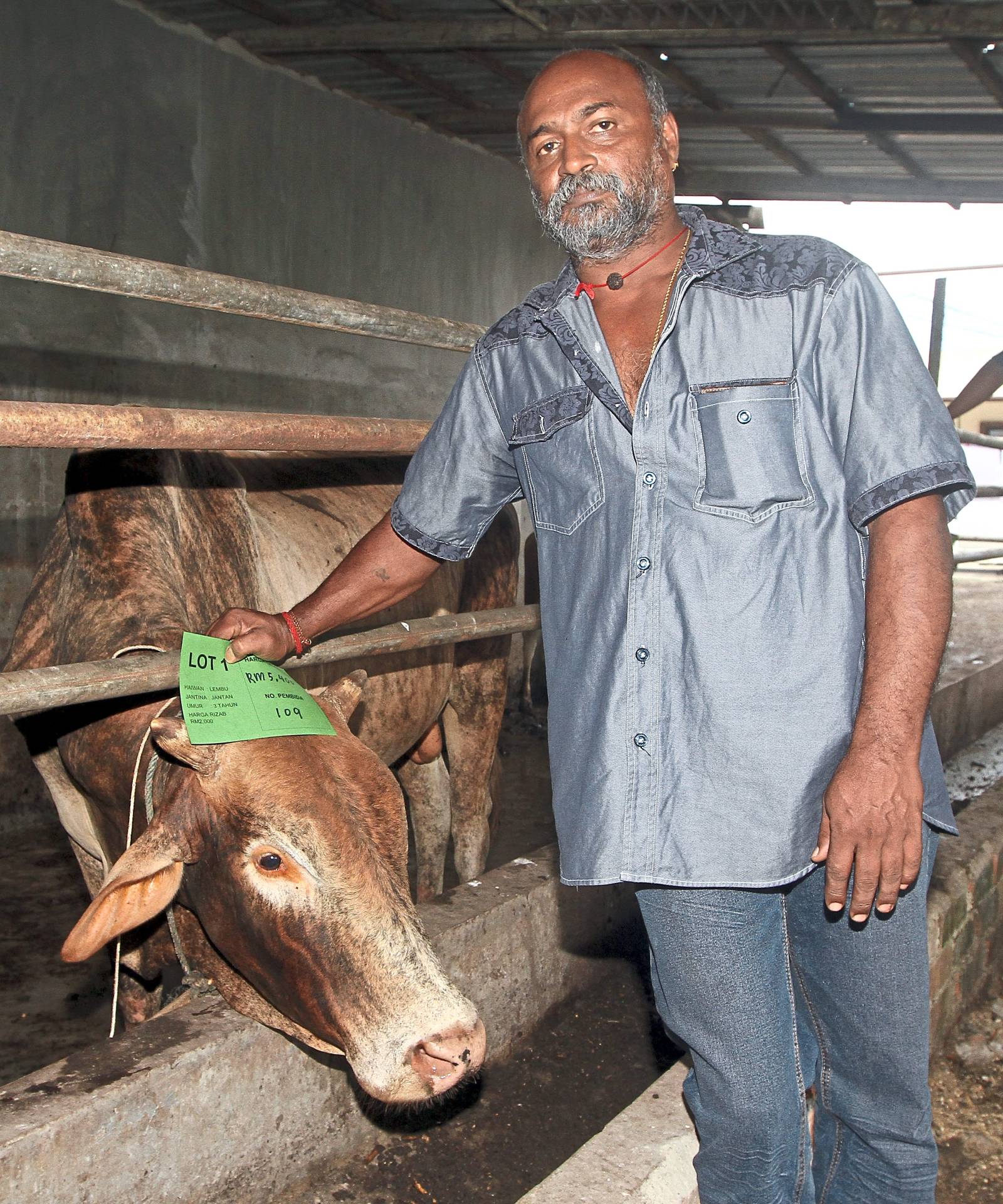 Ramachandran with the bull he bought for RM5,400 during the auction.

“My funding comes from relatives, friends and the public who support the cause, and of course from my own pocket,” he said.

He said the bull would be used for breeding purposes.

“I run a farm in Kangkar Pulai with 30 cows and this bull is strong and prime for breeding,” he said.

In a statement, MBJB mayor Datuk Adib Azhari Daud said the cows were caught by the council when roaming around Taman Desa Cemerlang here.“Enforcement officers caught them following complaints from the public.

“We issued compounds to the owner but he has not settled them,” he said.