COLOURFUL G-Shock and Baby-G watches are cool fashion items to show off, but not when they are counterfeits and not made by Casio in Japan.

The counterfeit watches, piled up in big boxes, were among some RM300,000 worth of counterfeit fashion and electronic accessories, DVDs and VCDs as well as beer and soy sauce that were disposed of by the Domestic Trade and Consumer Affairs Ministry after the cases were solved.

The ministry’s Penang director Mohd Ridzuan Ab Ghapar said the items from four cases were among the total RM5.7mil worth of items that were already disposed of so far this year.

“The items range from counterfeit soy sauce and beer, as well as imitation handbags, wallets, and belts bearing brands such as Louis Vuitton, Chanel, Gucci, Michael Kors, Adidas and Nike.

“We also have imitation Casio watches from the Baby-G and G-Shock series, and mobile phone chargers, batteries and earphones.

“The clothing and compact discs will be shredded to bits for recycling while the electronic devices will be disposed of accordingly as e-wastes, ” he told reporters at the ministry’s storage depot in Bukit Minyak on Tuesday.

Mohd Ridzuan added that most of the seized items were sold at night market stalls while others were sold at shops in popular places. 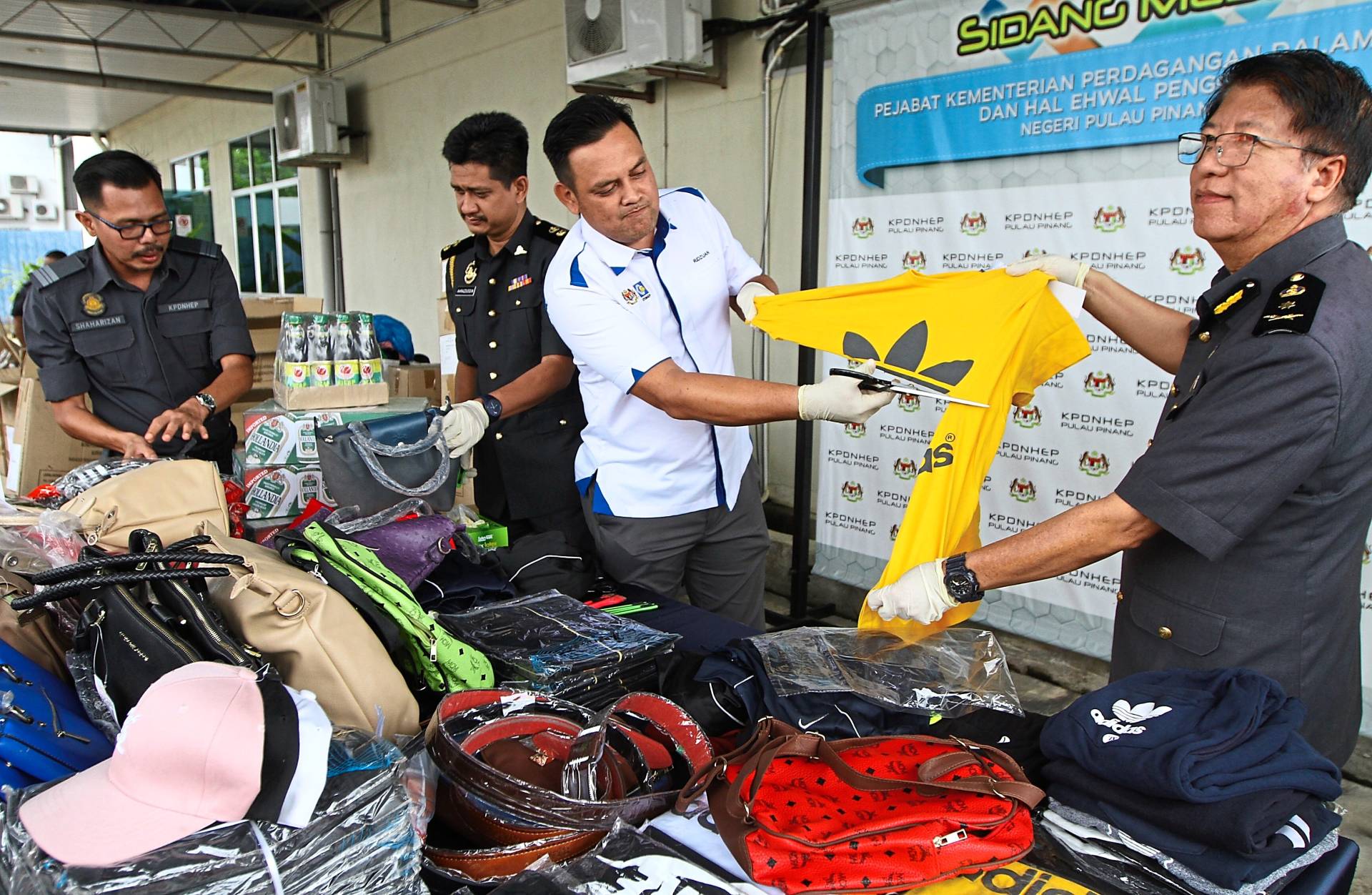 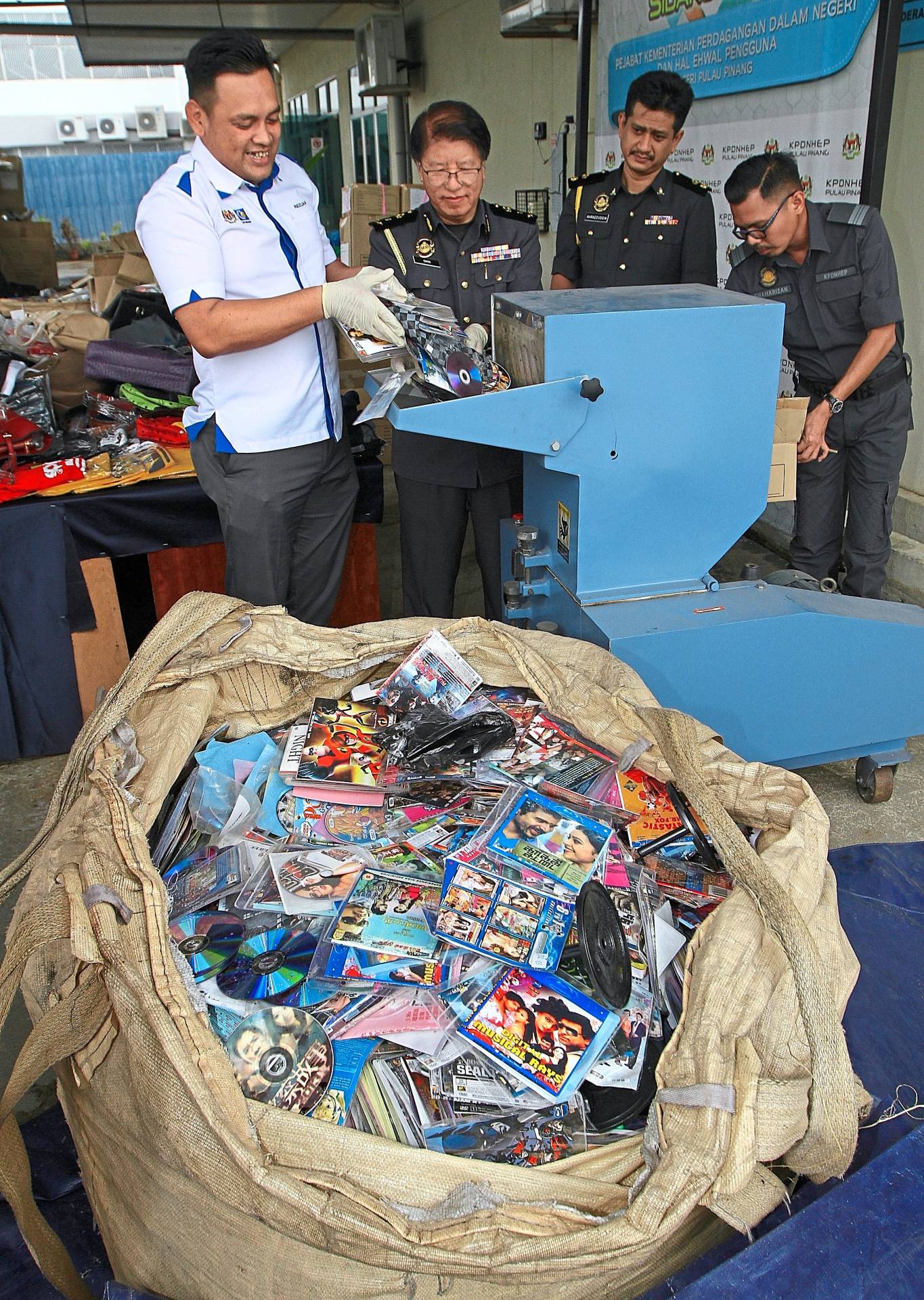 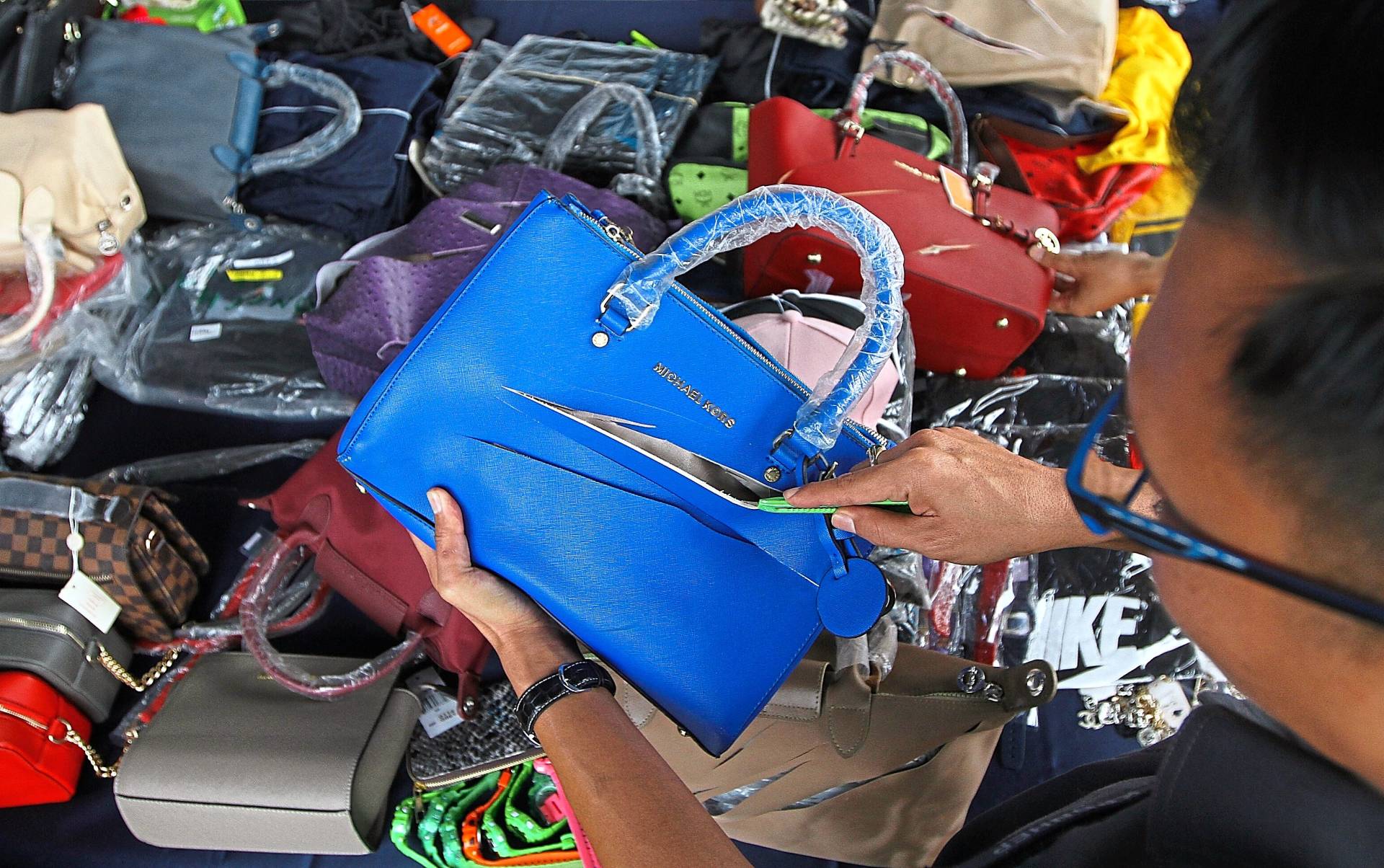 Mohd Ridzuan putting the imitation items such as watches, DVDs and CDs into a shredding machine.

An officer using a blade to cut up an imitation branded handbag.