Tales of triumph from proud graduates

Among the 684 Malaysian and 27 international graduates were two valedictorians from the School of Engineering, Computing and Built Environment.

The other graduates were from the School of Mass Communication and Languages, School of Business, and School of Hospitality, Tourism and Culinary Arts.

Dr Chong in her speech said the students were being rewarded for all their sacrifices.

“They have shaped themselves into people with a high level of intellectual capability, perseverance and diligence,” she said.

Naris Pillaii, in his speech, said he clocked 17,250 hours of hard work, assignments, exams and sleepless nights to reach the convocation ceremony.

“If only life was a digital video. One can then replay the ups and downs. Like every college student, I faced them too and to be honest, there were more downs than ups.

“But I was lucky to have God, my parents, supportive lecturers and my college mates. They were the Infinity Stones that made me into a bold, passionate and responsible individual,” he said.

(Infinity Stones are a reference to powerful artefacts in the Avengers movie franchise.)

Ong, in his speech, recalled the honour he felt when he joined a technology competition and UOWM-KDUPG’s Head of the School of Engineering, Computing and Built Environ-ment Dr Yeap Gik Hong became his “Grab driver”.

“How many of you can say that the head of your school was your driver? It was a privilege indeed,” he said.
Article type: metered
User Type: anonymous web
User Status:
Campaign ID: 1
Cxense type: free
User access status: 3 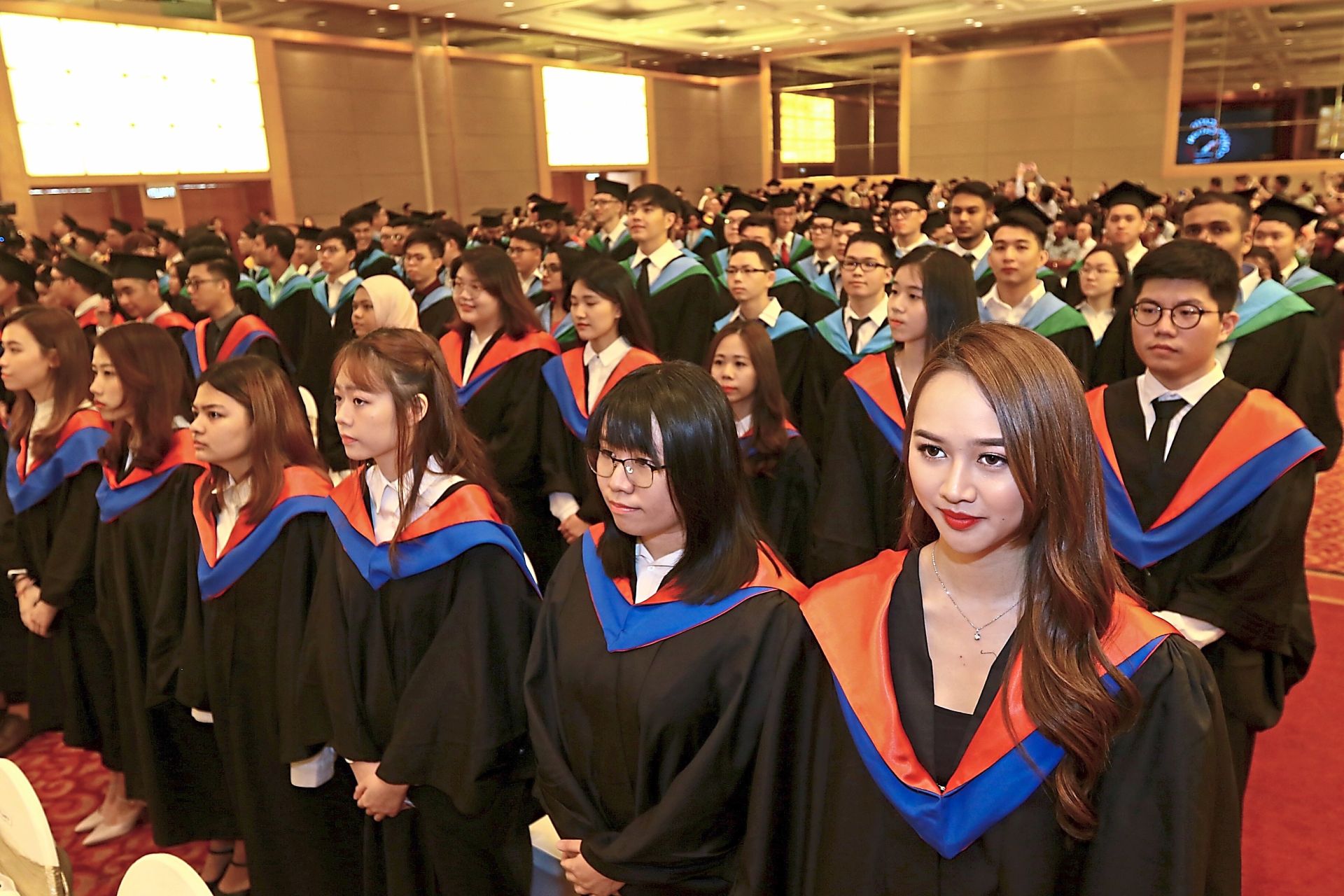 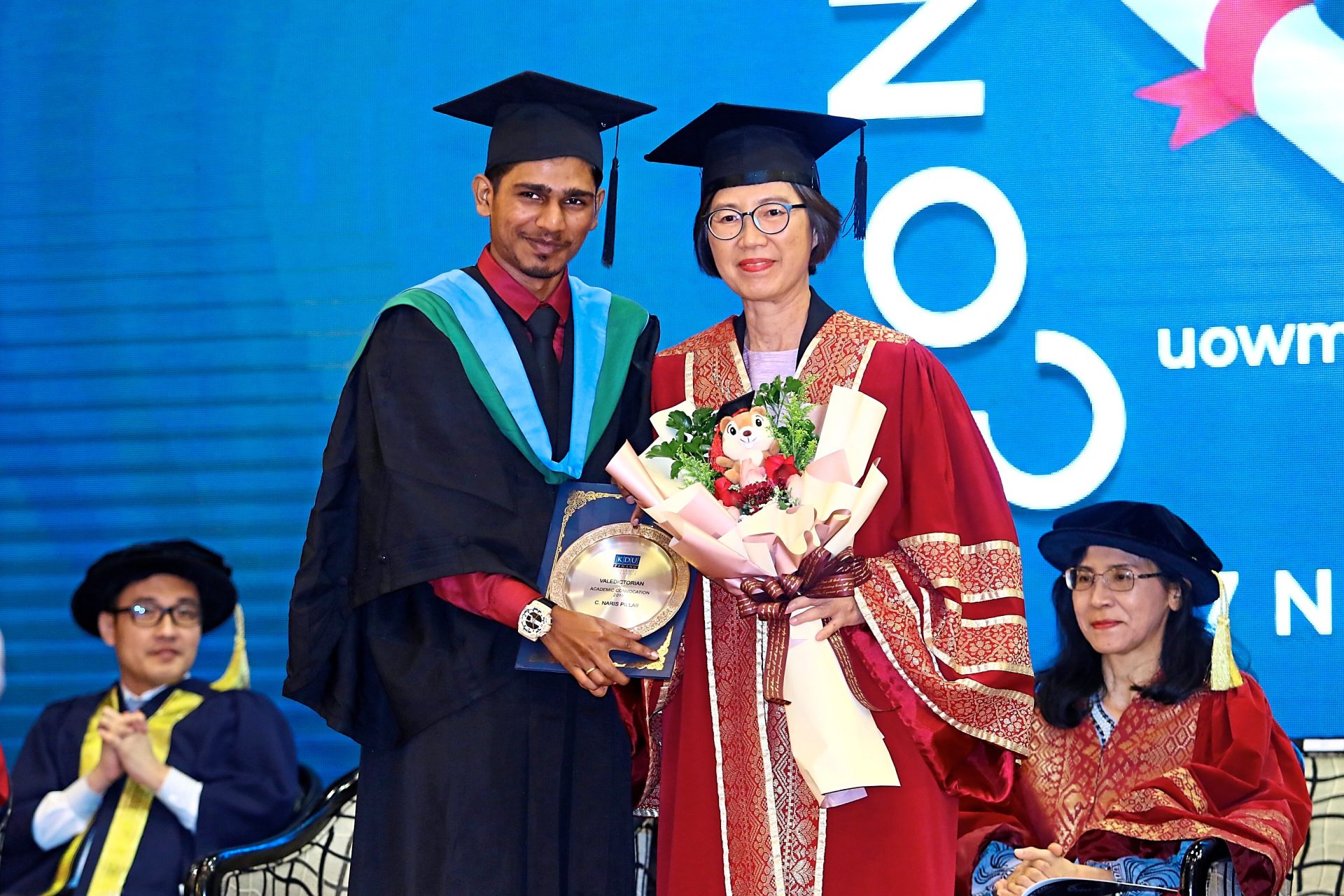 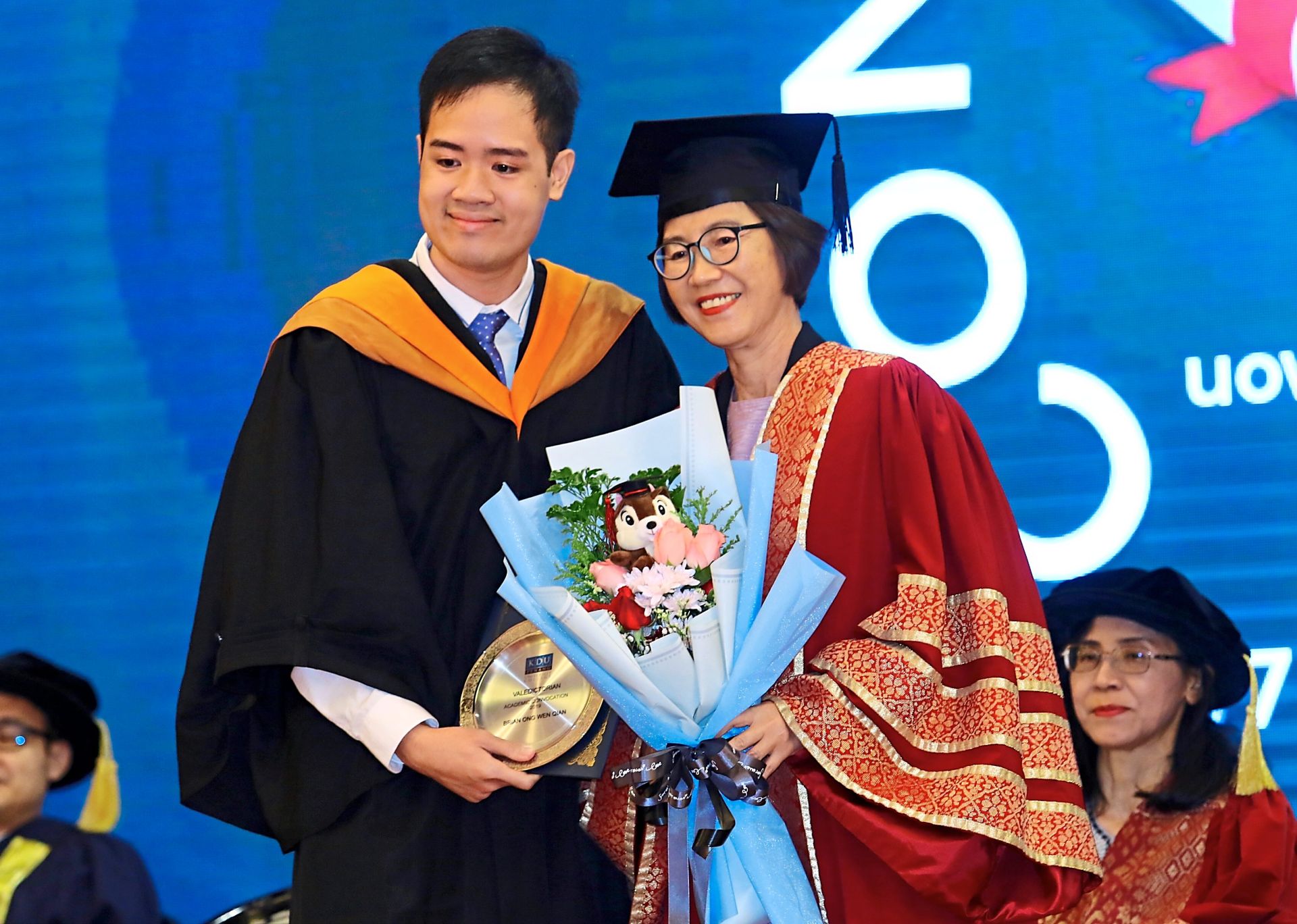 Naris Pillaii finally reaps his reward after his hard work. With him is Ng.

Ong is congratulated by Ng.

A graduate posing with Wikinson (right) and Dr Chong.