Gurdwara turns to solar power to save costs

Jagdeep (centre) and Manjeet (left) inspecting the solar panels on top of the gurdwara in Bayan Lepas. With them is roof project director Regine Choo.

TEENAGER Bhalvin Kaur Pannu, 16, was elated to be entrusted with the duty of holding the kirpan sword on an important day.

It was a significant task on the first day of the three-day Guru Nanak’s 550th birthday celebration at Wadda Gurdwara Sahib Penang.

“This morning, they told me that it would be my duty to recite salutations, sing hymns and hold the kirpan.

“The changing and raising of the flag is done twice a year — once for the celebration of the birth of Guru Nanak and the other is during Vaisakhi,” she said.

“I was a little nervous but I knew what to recite as I take Punjabi classes which teach me all about the ceremonies.

“I was excited that I was chosen as not everyone gets this opportunity.

“It will be an experience I will always remember and cherish,” said the student at Wadda Gurdwara Sahib Penang in Gurdwara Road, George Town.

A three-day recital of the holy scripture was held at the gurdwara during the celebrations which culminated in a grand celebration last Tuesday, the actual birth date.

“There was the singing of hymns. We provided meals for everyone five times throughout the day.

“For those who have been to this gurdwara for years, we have a memory cafe where they can take a walk down memory lane and reminisce their times here,” she said.

Over at Gurdwara Sahib Bayan Lepas, the temple had a double celebration by unveiling its solar system, making it the first gurdwara in the northern region to be solar-powered.

Gurdwara president Manjeet Singh said in line with their guru’s teachings to conserve the environment as well as the state’s green initiative, making the gurdwara solar-powered seemed apt.

“The solar panels on our roof cost us RM75,000, including the cost of the structure.

“We usually spend about RM1,000 per month on our electricity and with this, we see there being no electric bills as it should cover our whole consumption every month with an estimated savings of RM1,100.

“This would mean that we will recover our cost in six to seven years.

“We have raised RM25,000 to cover it and are looking to raise the remainder,” he said in his speech at the gurdwara in Bayan Lepas.

Manjeet said they were also hoping for additional land to extend their kitchen facility as they needed more space.

Penang exco member Jagdeep Singh Deo, who represented Chief Minister Chow Kon Yeow, said he was thrilled with the installation of solar panels at the gurdwara as it was in line with the states initiatives to go green.

“I am proud that they have taken the effort and I urge more gurdwaras to follow in their footsteps.

“It is great that they have undertaken this initiative to reduce their electricity expenses especially since they have a lift servicing the four-storey gurdwara.

“I urge them to send in a request for funding of the solar panels as this is considered upgrading work,” he said.

Jagdeep said he was also aware that they had submitted an application for additional land for the kitchen and were waiting for feedback from the state government.

“I will do my part to continue to help them and support their needs as their request is fair, considering that it is a place of worship and they serve free food every day,” he said. 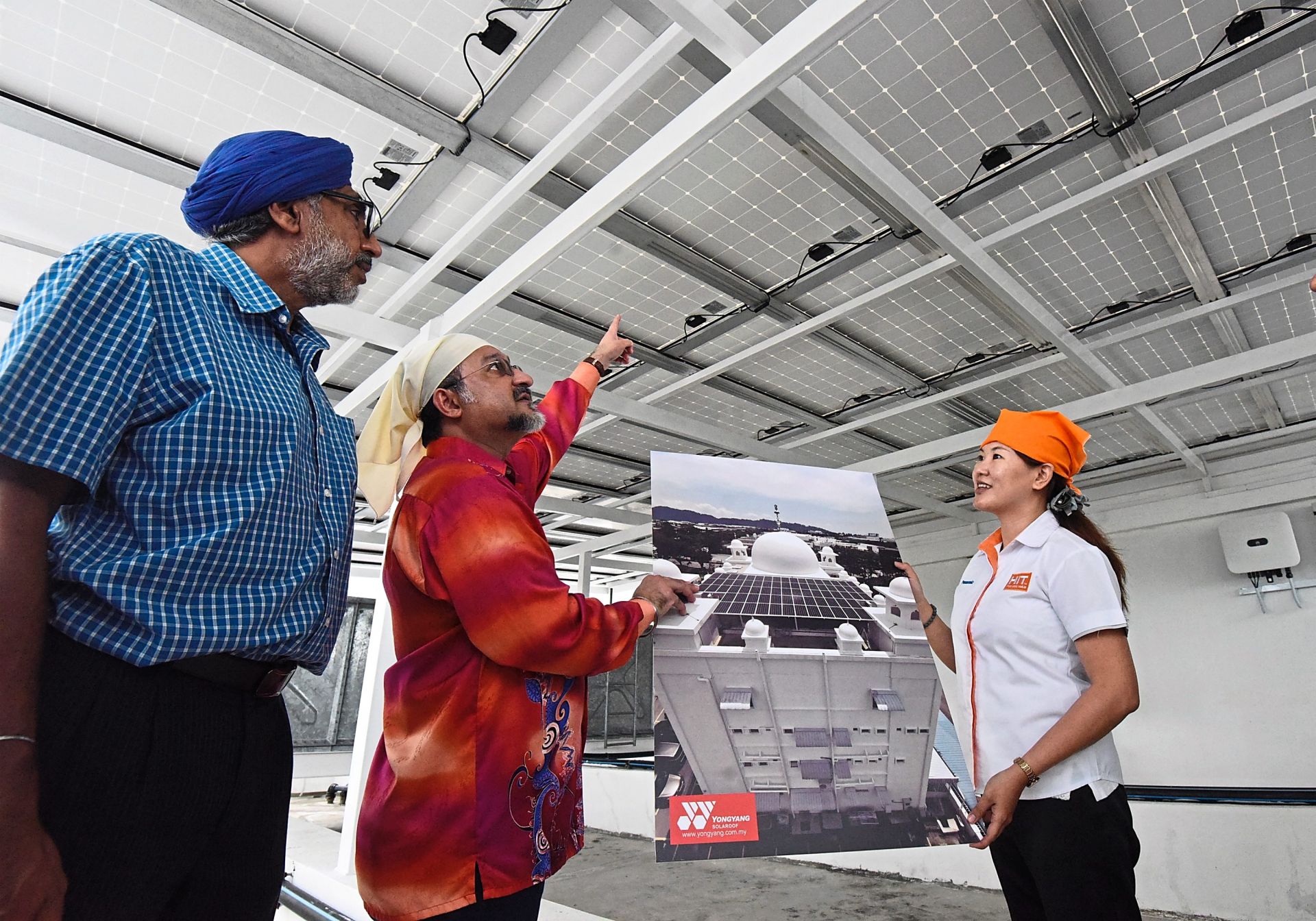 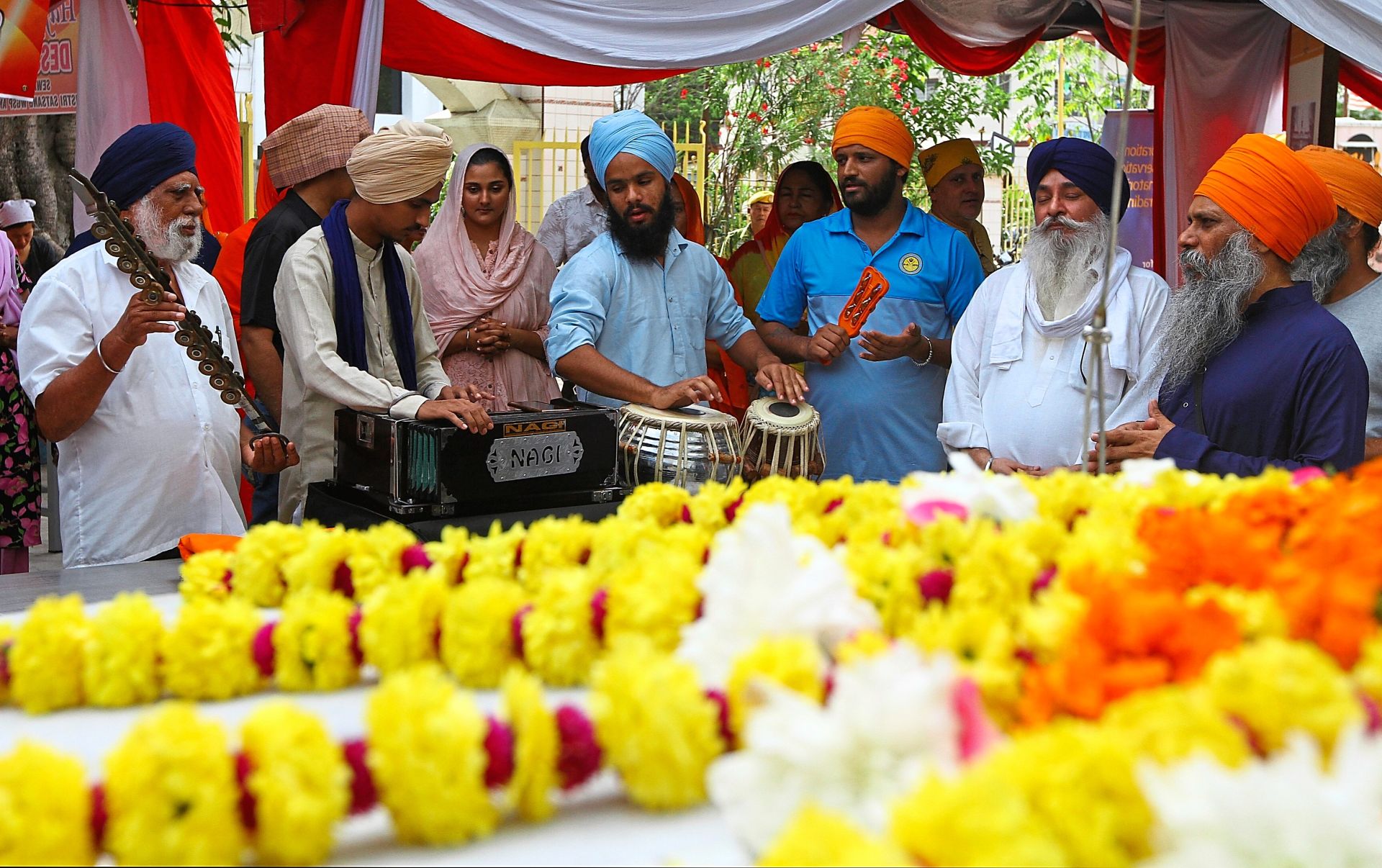 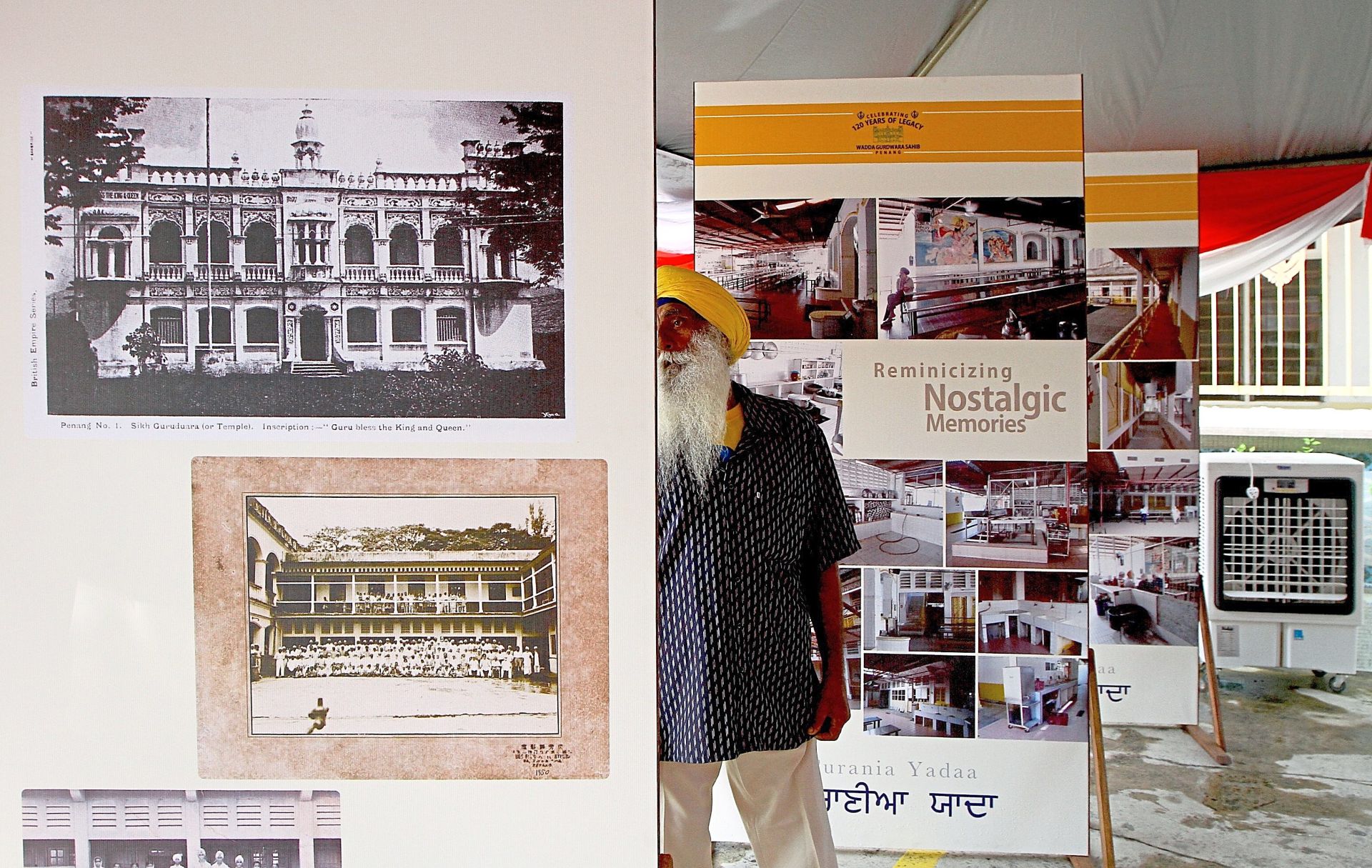 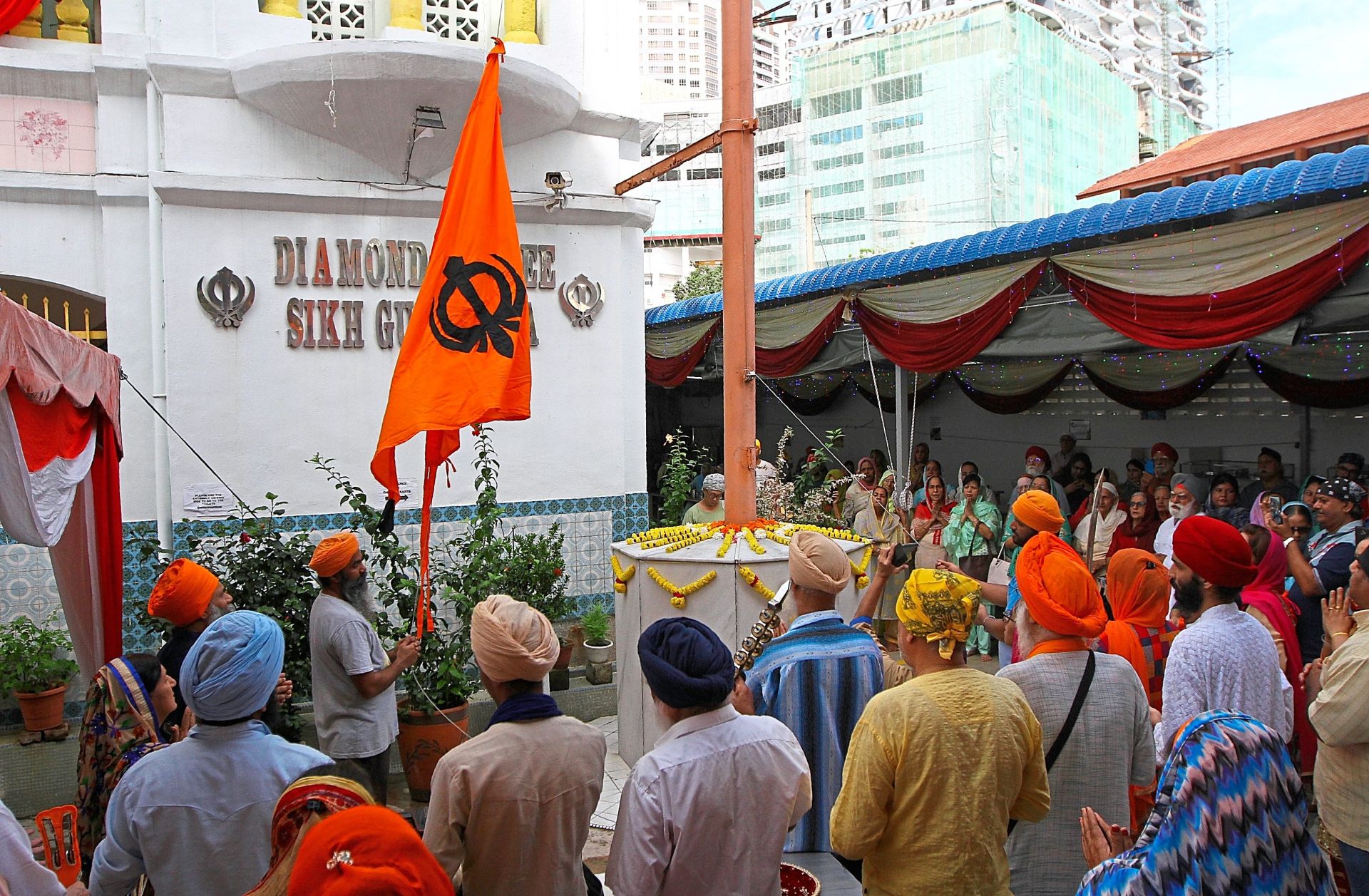 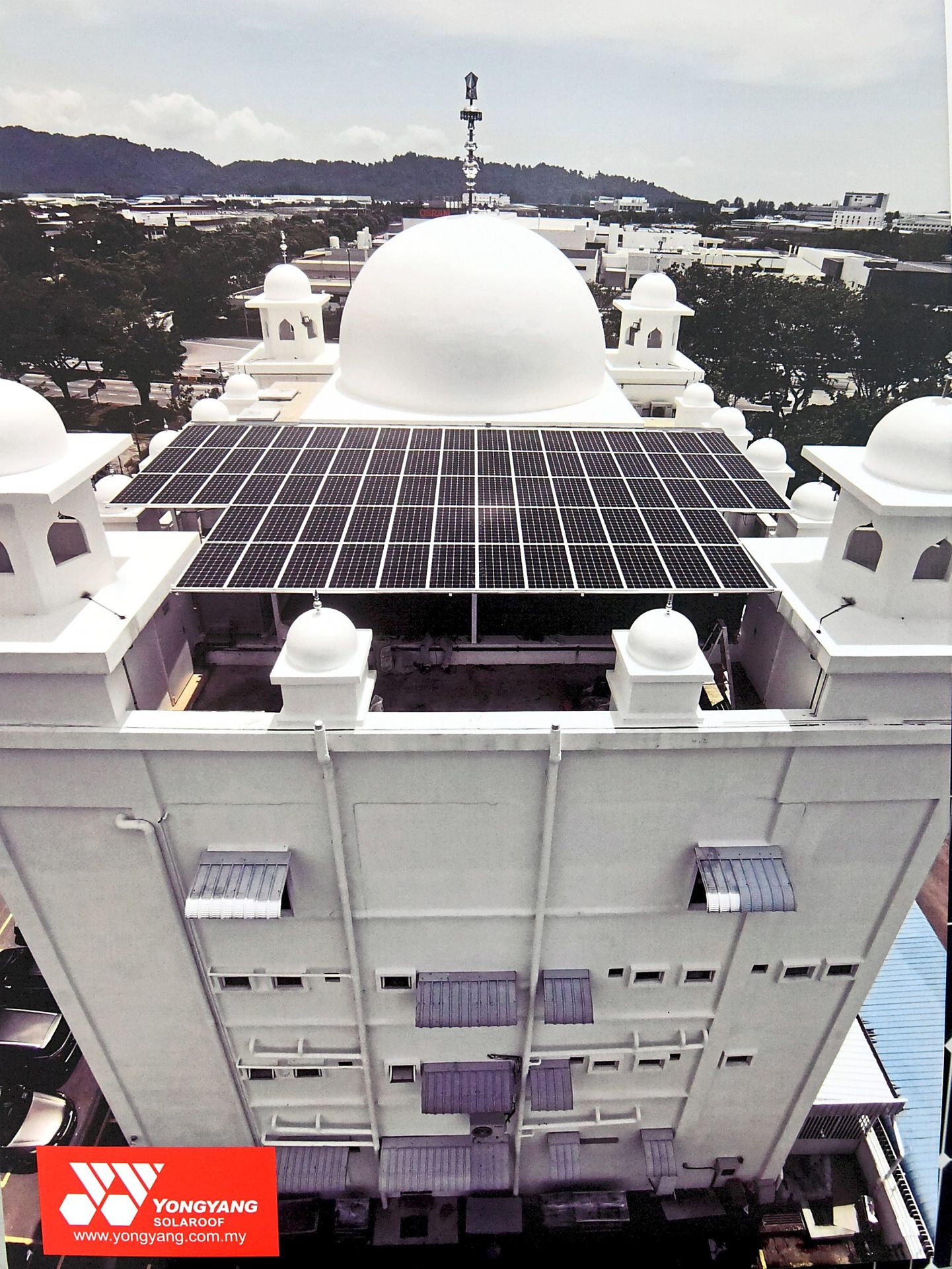 Jagdeep (centre) and Manjeet (left) inspecting the solar panels on top of the gurdwara in Bayan Lepas. With them is roof project director Regine Choo.

Meals being served at the Wadda Gurdwara Sahib.

Bhalvin holding the sword and reciting salutations as the flag is being raised during the grand celebration of Guru Nanak’s 550th birthday at Wadda Gurdwara Sahib in Gurdwara Road, George Town.

Musicians playing some traditional musical instruments during the celebrations at Wadda Gurdwara Sahib in Gurdwara Road.

An exhibition on the history of the Wadda Gurdwara Sahib in its compound during the celebrations at the temple in Gurdwara Road, George Town.

The flag being raised on the first day of the grand celebrations at Wadda Gurdwara Sahib in Gurdwara Road. 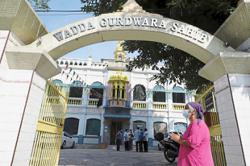 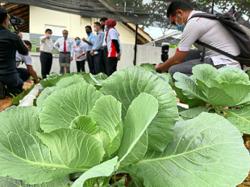 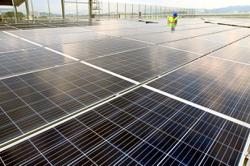