Monkeys sitting along the bridge flanked by mangrove swamps.

PONTIAN: The air is fresh and cool at the mangrove swamps.

Small fishing boats can be seen docked nearby after their owners returned home at dawn.

This picturesque scene in Kampung Belokok here is a hidden gem waiting to be discovered by outsiders.

Villager Goh Wee Liang said only the fishermen would go there daily.

“This is also home to monkeys and they can be seen swinging from the trees. It is fun watching them, ” said Goh, 56, who grew up in the village.

There is a 300m-long bridge, flanked by mangrove swamps, for pedestrians.

A walk along the bridge, linking the village to a river flowing to the Straits of Malacca, is like a walk down memory lane for Goh who is the third generation living in the village. 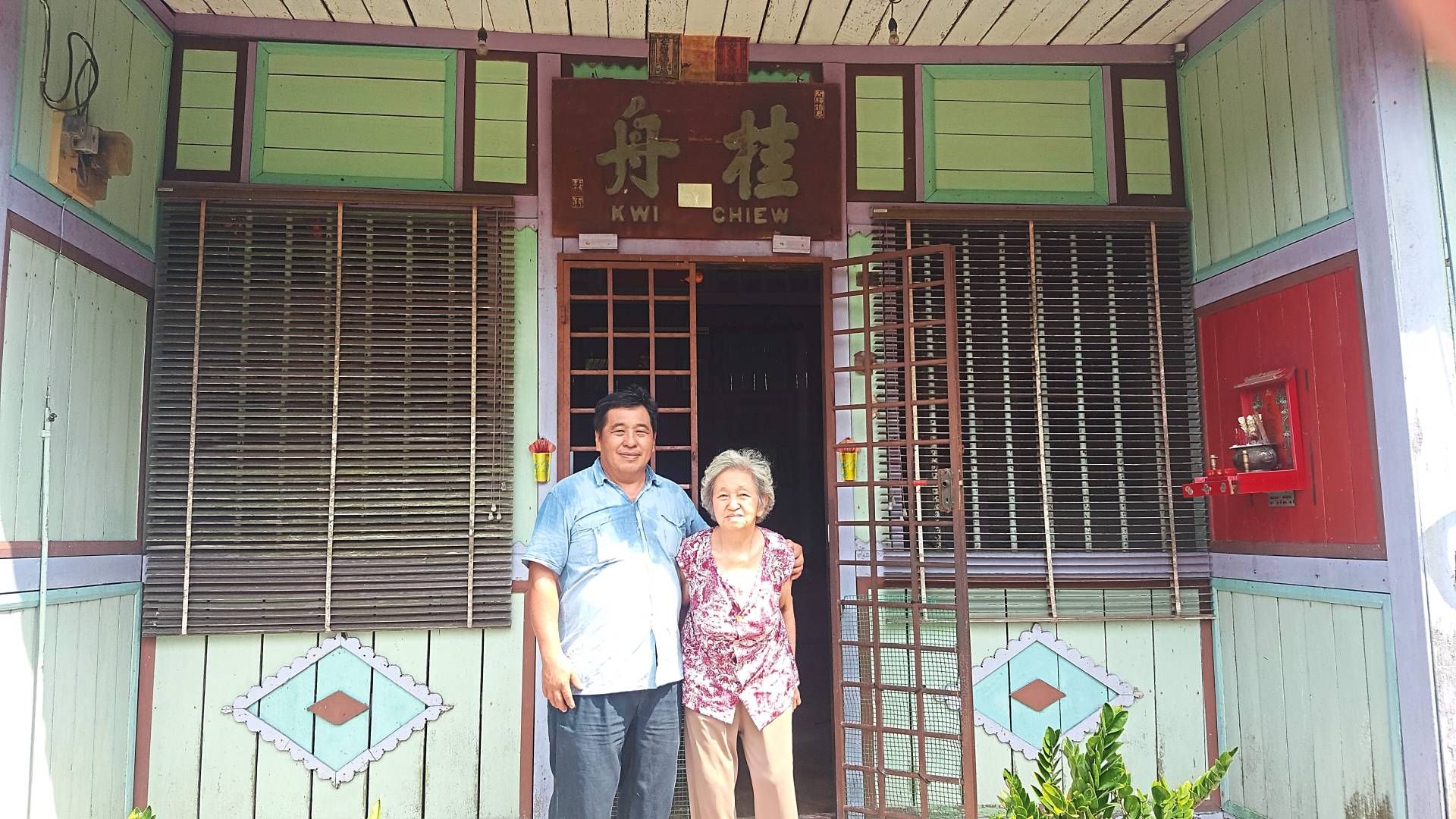 Goh with his mother Tan at their family home.

Prior to World War 2, he said the Germans made the area around the village their depot.

“Goods came here by ship in the olden days and transported by train to other destinations, ” said Goh who heard the stories from the village elders.

The site for ships to dock still exists here.

His said his grandfather Goh Bak Chua, who died in 1984 at the age of 88, had settled down in the village while his great-grandfather was from Singapore.

The black-and-white photos in Goh’s family home also give glimpses of the good old days in then Malaya.

Goh said his grandfather, who was very passionate about education, was a community leader whom villagers went to for help.

In response to talk that his house could be turned into a mini museum, Goh said he was keen to promote tourism in the village as there was potential, especially the mangrove swamps for eco tourism.

Goh, who is in the village committee, oversees the economic aspects. 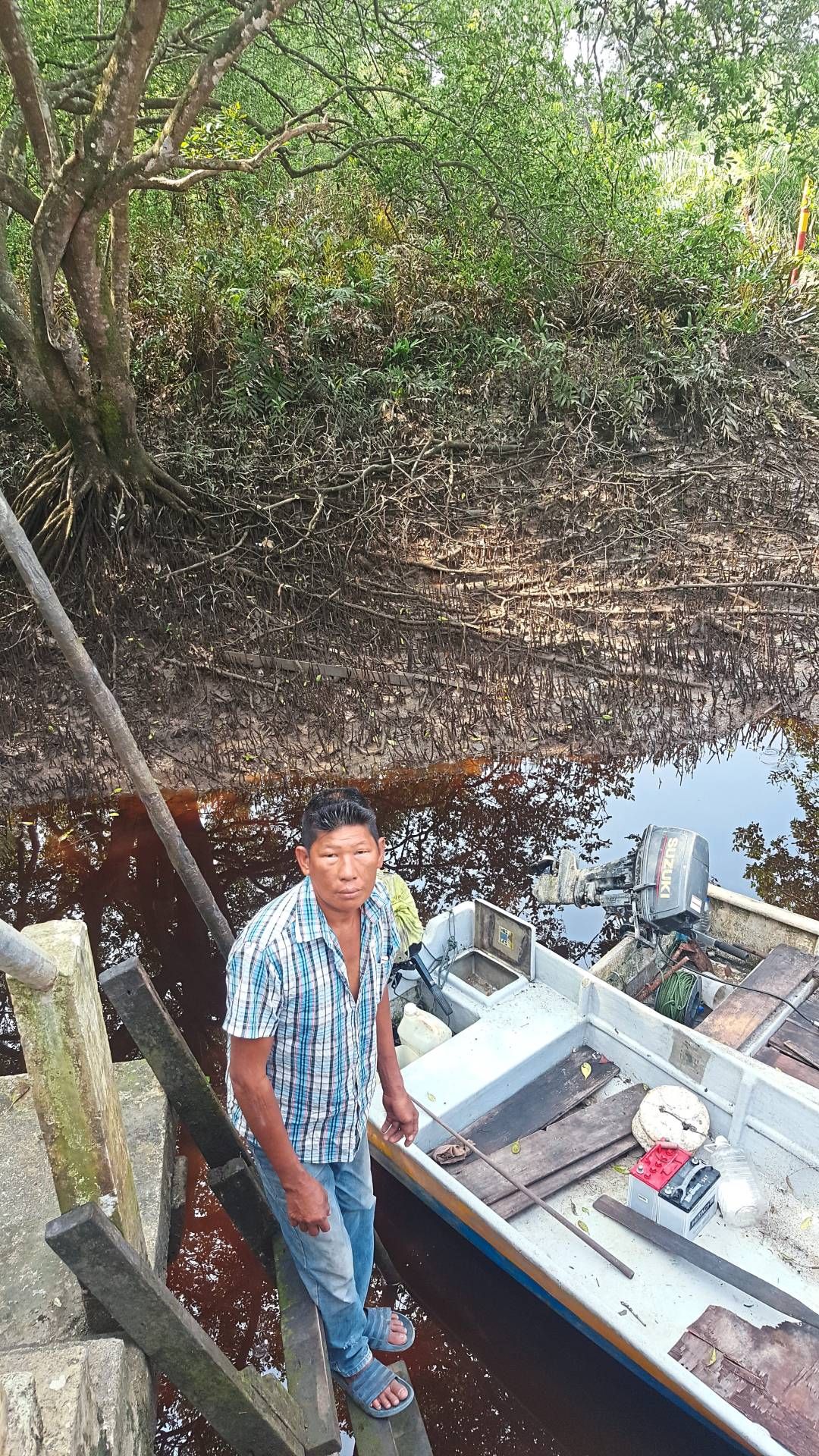 Hashim takes on part-time jobs like working at durian farms during the fruit season to make ends meet.

He said tourism would bring economic opportunities for the villagers who were mostly fishermen or oil palm smallholders.

The younger generation, he said, would stay on if there were economic opportunities for them.

He said the fishermen were also finding it hard to make ends meet these days and tourism would bring in some money.

Fisherman Hashim Pandeng, 58, said he could only catch prawns as he coulld not venture out far in his small boat to catch fish.

The bachelor said he got RM3.50 per 100gm of prawns and that his income was barely enough for him to live on.

Hashim said he took on part-time jobs like working at durian farms during the fruit season, to get by.

Goh, who is visibly proud of his village, said it was a showcase of different races living together in harmony.

There are about 40 families in the village, he said, adding that his family was one of the four Chinese families while the rest were Malays.Goh, his mother Tan Siang Gek, 81, wife Santy Tan, 39 and three children aged between five and 12 years want to continue to live in the village. It is their home.