NOT many know that besides the heritage beauty and great food in Penang, there is a pocket of pure, undisturbed realm of Mother Nature.

Located in the northwest corner of the island in Teluk Bahang and about 20km from George Town, Penang National Park might be the smallest national park in Malaysia, but is among the easiest to access and spend time at.

About 20 participants consisting of bloggers, ‘YouTubers’ and representatives from travel agencies were given the opportunity to explore the serenity of Penang’s hidden gem in the Balik Pulau Nature Exploration programme organised by Tourism Malaysia northern region.

According to its director Ahmad Husni Ahmad Basri, the programme’s objective was to promote eco-tourism products that Penang has aside from the other already well-known attractions.

“Normally, we show off Penang’s beaches, food and culture. But, this time we wanted show this unique eco-tourism product to local and foreign tourists who love nature.

“This is also a reminder for us to protect our environment that is rich in flora and fauna, ” he said.

The pristine site of about 1,213ha of forest and coastline is home to more than 1,000 species of tropical rainforest trees which are generally dominated by the Dipterocarpaceae, Leguminoceae, Apocynaceae, Anacardiaceae, Euphorbiaceae and Moraceae family.

The tropical park is also often visited by researchers, nature lovers as well as scientists, who explore its natural treasures.

The 2D/1N exploration programme kicked off with a briefing session by park rangers at Penang National Park on the do’s and don’ts while at the park.

The group then visited Universiti Sains Malaysia’s Centre for Marine and Coastal Studies (Cemacs), located in the fringes of the jungle in Teluk Aling.

At Cemacs, participants were briefed about oceanic species such as Irrawaddy dolphins and jellyfish and toured the research centre which is also the national depository of the genetic material of studied marine specimens.

Then came a sumptuous lunch at Teluk Kampi, where the sandy beaches are a glorious sight for those who love the great outdoors.

Teluk Kampi is also a campsite but campers must first get themselves a guide before they can pitch tents there.

The exploration also included a visit to Pantai Kerachut, where the Penang Turtle Sanctuary is located. It is open to the public daily from 10am to 4.30pm.

Most of the time, there are turtle eggs being incubated at the sanctuary. They are gathered up safely from turtle nests, which are regularly found in Pantai Kerachut.

Fisheries rangers will care for the hatchlings till they are larger and then release them just before nightfall so that predators such as eagles have gone to roost; and when the tide is most gentle to make it easier for the baby turtles to swim far and spread out.

As night fell, participants were given the choice of either visiting Batu Ferringhi night market or remain in Teluk Bahang for some night fishing.

They were ferried by boat to Kuala Sungai Pinang on the western side of Penang island.

They also went on a 10km ride on all-terrain vehicles (ATV) along a narrow trail between sprawling padi fields and the coastal mangrove forest in Pantai Malindo.

One of the participants, tourist guide Mirza Banoon Md Shahar, lauded the effort by Tourism Malaysia and described the programme as an efficient way to promote nature in Penang.

She said the experience she had gained was valuable to her as a tourist guide, as she could further promote other parts of Penang to clients.

She, however, lamented about the condition of some of the facilities at places she visited. She felt they should by upgraded or replaced as they can bring a bad image to Penang.

“I know Penang has its own national park but what I didn’t know is that it has such a good route for jungle trekking, ” he said.As an outdoor enthusiast, he said he felt the programme

could have been stretched, with some jungle-trekking activities.

Another blogger Jumie Shamsudin said after joining the tour, she no longer thought of Penang as an urban destination.

“Many visitors see Penang as a urban city full of history. They don’t know about nature on the other side of Penang island.”

For more details about Penang National Park and other attractions in Balik Pulau, call Tourism Malaysia northern region office at 04-261 0058. 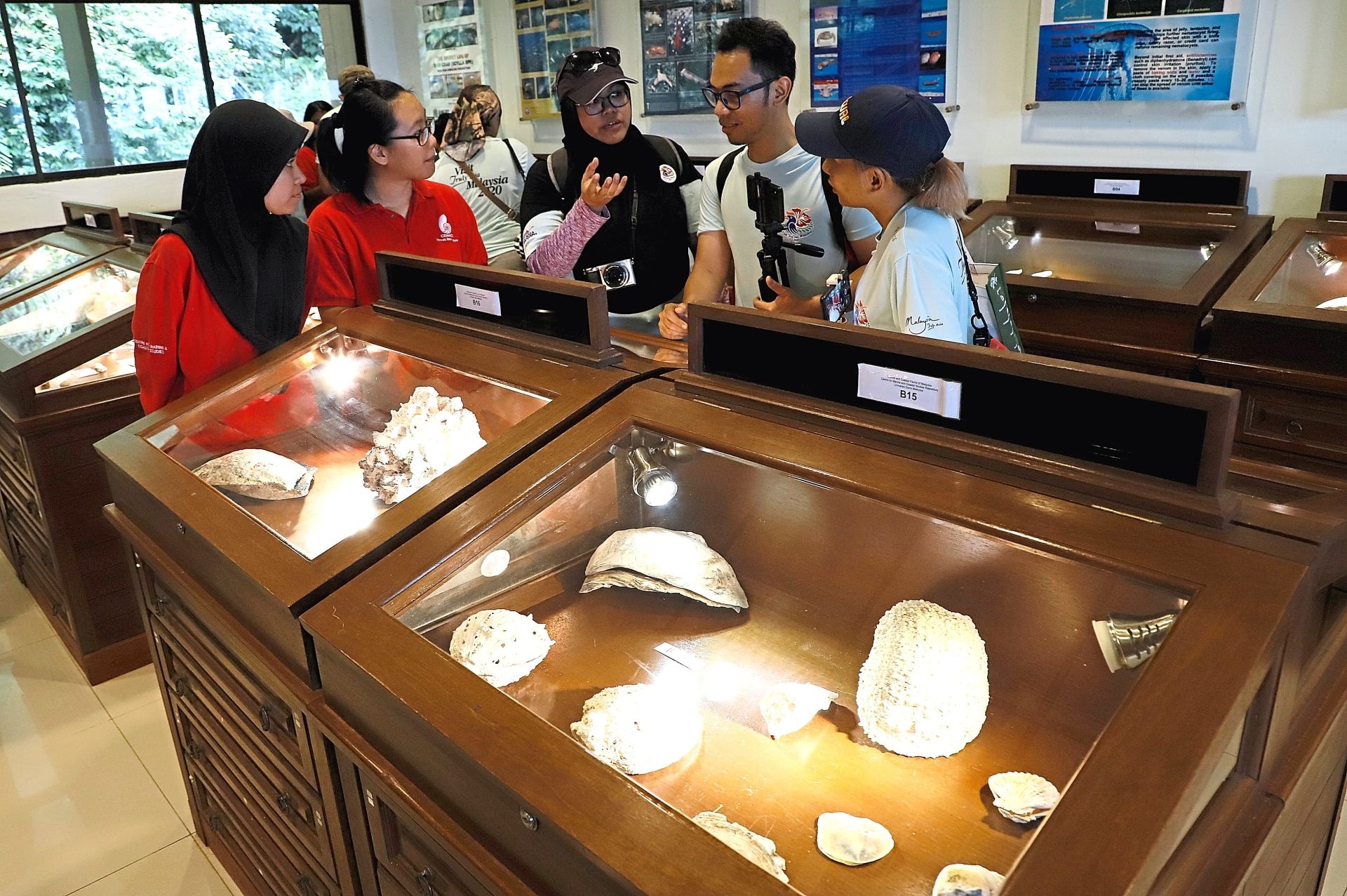 A group discussing about the exhibits at the Cemacs Gallery.

A participant taking a snapshot of a turtle at the Pantai Kerachut Penang Turtle Sanctuary.

A Cemacs lecturer holding up a jellyfish as he gives a briefing about it.

Participants gathering at the jetty at Penang National Park in Teluk Bahang.

A team member viewing a jellyfish sample with a microscope, as some jellyfish species are displayed at Cemacs.

Cemacs deputy director Dr Annette Jaya Ram (in red) allowing the group members to hold a starfish during the tour to the centre.

Ahmad Husni (second right) and team members viewing some of the coral specimens at Cemacs.