PONTIAN: The sunrise and sunset in Bagan Ayer Masin Fishing Village has always been beautiful, and still is.

But the village which used to be a bustling tourist spot until a year ago, is very quiet by sunset as villagers call it a day.

They said tourist arrivals has dropped drastically since more than a year ago.

The weekends where tourists crowded the narrow lanes in the village was also a thing of the past.

“There are still some business but very little.

“Bookings for homestay during long holidays and festive season like Chinese New Year are not like before,” said an elderly homestay operator who wanted to be known only as Lim.

The homestay business is known to be “value for money” for Singaporeans in particular because of the exchange rate.

Lim said a standard package is about RM180 for a two-day, one-night stay that includes lodging and six meals.

But the affordable packages are not drawing visitors like before. 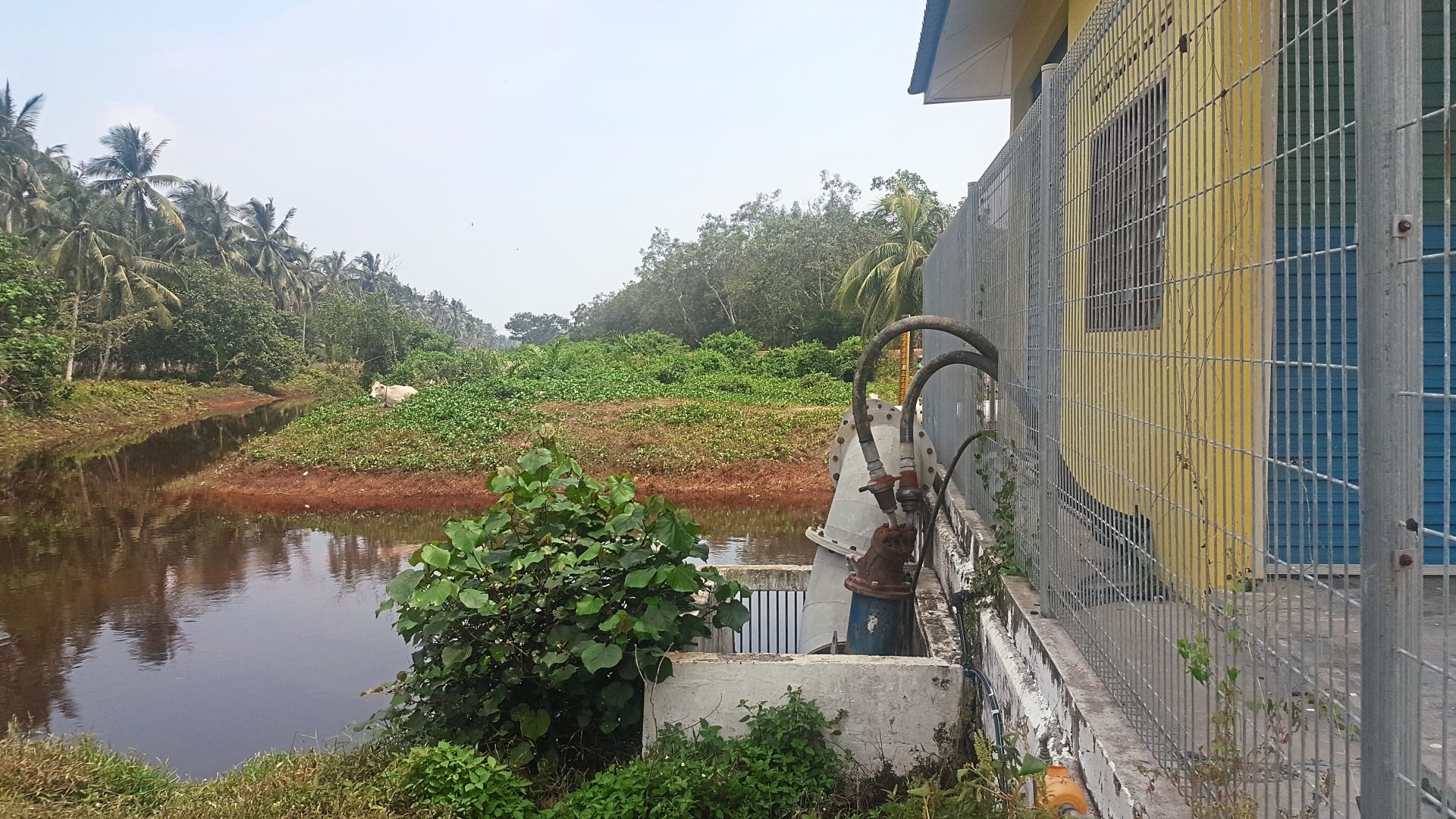 Water released from the floodgate along Sungei Durian and another floodgate are suspected to be cause of fishes dying.

Lim said the homestay business in the village dropped by about 80% during the Chinese New Year celebration in February this year.“We can only hope for the best during Chinese New Year next year, ” he said, describing it as a peak period.

The drastic drop in tourism in this rustic village is not without reason though.

One homestay operator in his 50s cited the lack of promotion and efforts to bring in tourists from China as a setback.

“Our business was good in recent years before the slide, ” he said, adding that some villagers spent a lot of money to expand their business and were now affected by the unexpected downturn.

“The former government had plans to bring in tourists from China on weekdays to boost business, ” he recalled, adding that it did not take off after the change in government last May.

The operator said then Tanjung Piai MP Datuk Seri Dr Wee Jeck Seng helped to promote the village as a tourist destination and that helped.

The operator, known only as Teo, said they were told that the jam at the Bangunan Sultan Iskandar (BSI) Customs, Immigration and Quarantine (CIQ) complex, at times up to about four hours, had also put off many Singaporean tourists.

It is just about an hour’s drive from Singapore to Kukup.

Teo said many were also on a tight budget due to economic slowdown, and cutting down on holidaying.

This year seems to be challenging for this little fishing village.

Last month alone, hundreds of tonnes of fish with an estimated value of RM10mil, perished in three incidents.

Some 76 fish breeders concerned are now in dire straits.

Lim Boon Huat, 52, a fish breeder for over 30 years, said the last of the three incidents was the worst, with 100 tonnes of fish with an estimated value of RM5mil found dead.

Former village chief Lim Thian Hock said the release of a huge volume of highly acidic river water into the sea was suspected to be the cause.

While the breeders can understand that the authorities had to open two floodgates to let river water flow into the sea to avoid flooding in Kukup, he said they should have been alerted to minimise the impact of a sudden increase of acidic water that was bad for the fishes.

The small shops lining the main road of the village are also seeing a drop in business.

An elderly couple, called the Tans, said the area was deserted these days.

“I am reducing items sold in my shop these days.

“There were days when sales was just a few ringgit, ” said Mrs Tan who sells toys, slippers and clothes.

The village is seeing a sudden increase in visitors now due to the Tanjung Piai by-election.

Kukup falls under this parliamentary constituency.