He said most of the traditional local handicraft products were made by the Murut communities in the south-west interiors of Sabah.

“The handicrafts can penetrate the international market if the communities have a strategic marketing method and suitable production base that suits current tastes.

“The traditional local handicraft products need to be made with unique and creative designs yet remain contemporary in line with current trends, ” he said.

He added that the Sabah government had received numerous requests from many Peninsular Malaysia contacts on how to obtain local Bornean handicraft products.

“This is indeed a good platform for us to promote the traditional local handicraft products in the global market, ” said Jamawi, in reference to the shop at KL Tower.

The handicrafts sold at the shop are sourced by Koperasi Rundum Highlands Berhad, which collaborated with 10 villages to produce the traditional handicraft products and market them outside Sabah.

A majority of the local women, especially housewives from the villages, produce the handicraft products as their source of income.

Jamawi also said the shop would act as a platform in promoting Sabah, especially Tenom and Kemabong, as places of attractions for tourists to visit in conjunction with Visit Malaysia Year 2020.

“Through this shop, we want to unite and nurture more traditional handicraft artists by giving them a chance to showcase their artwork, ” he said, adding that most of the handicraft products were made of bamboo and rattan.

The launch included an array of Sabahan and Sarawakian food such as kolo mee, Sarawak laksa and bajau loho served at Atmosphere 360 Revolving Restaurant, which were prepared by sous chef Abdul Halim Mansor.

Accompanying the feast was a performance by sape artiste Anderson Kalang.KL Tower head of human

“We have a strategic location to promote Malaysian condiments and dishes such as tempoyak and asam pedas as well as Sabahan native food.

“I have invited Jamawi to bring chefs from Sabah and Sarawak for a month to promote the food, handicrafts and cultures from those states, ” he said.

The Borneo souvenir shop at KL Tower is located at the upper ground floor (beside Santinos Pizza). 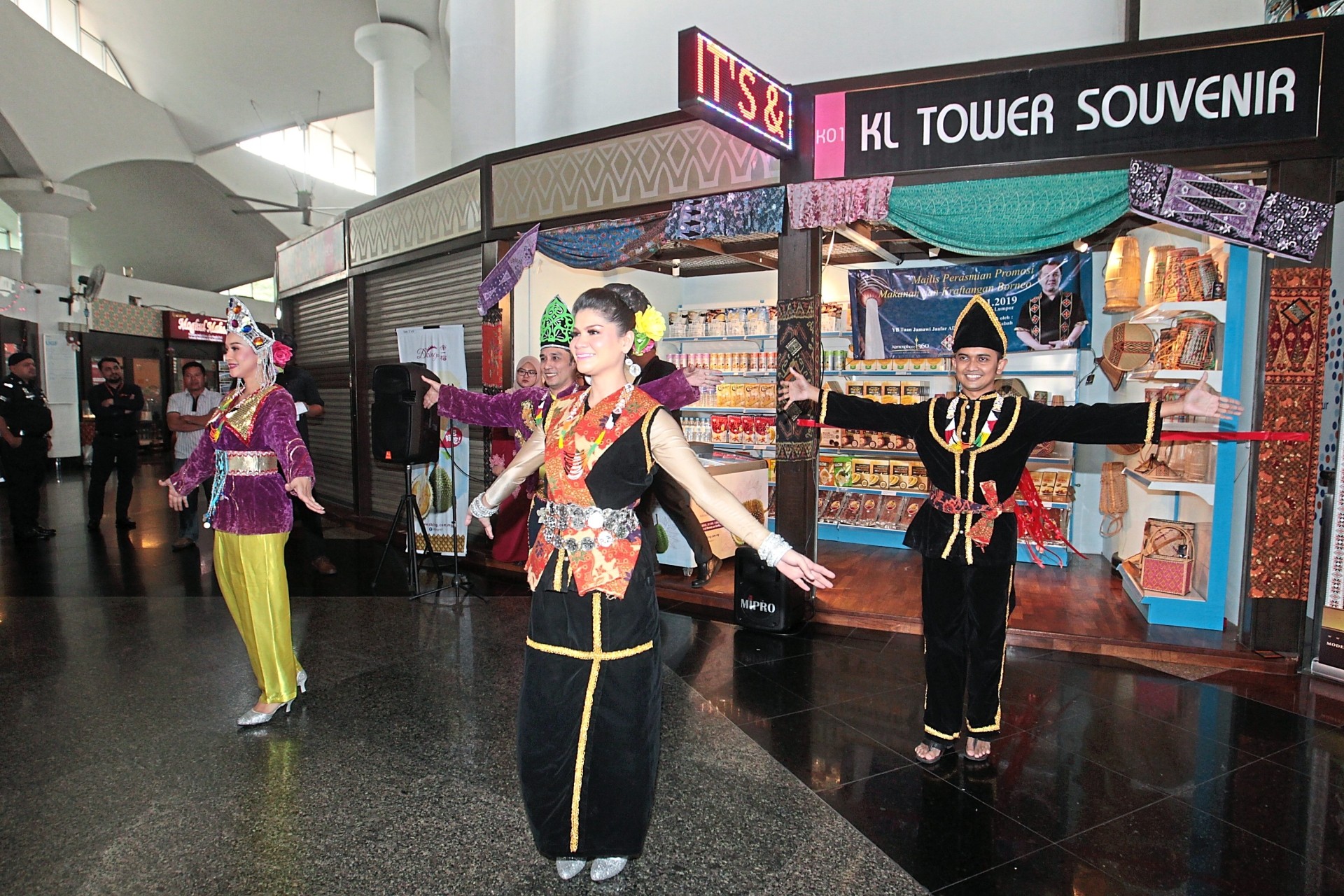 Sarawakian food like Kolo mee (top left) and Sarawak laksa were served at the revolving Atmosphere 360 restaurant as a part of the launch.