Teaching students to stand up as leaders

Students of SMK Taman Dato Harun in Petaling Jaya are now more well-rounded with the introduction of the Leaderonomics Club and Sustainable Fashion Class as a part of the school’s co-curricular involvement.

The idea for both programmes was initiated by Petaling Jaya MP Maria Chin Abdullah and her youth team Belia105 to encourage children from the B40 community to be more driven, creative and assertive.

The Leaderonomics Club, which comprises 40 students from Forms 1 and 2, aims to get students to learn and apply leadership qualities.

The Sustainable Fashion Class was attended by 23 students aged 13.

“The idea for the leadership programme is to bring the children out of Taman Medan, where the school is located, in order to expose them to different environments, ” said Maria, who acknowledged that Taman Medan was quite neglected and lacked recreational space for children.

“There are hardly any sports activities held outside for them. So hopefully, this kind of programmes will allow them to get out and learn more, ” she said.

Maria said the leadership programme offered a way to prepare students for their involvement in future general elections.

“Bearing in mind that the Federal Government is heading towards Undi18 (to lower the voting age from 21 to 18 years old), it is important that we teach them the right way to vote now, ” said Maria, who said that the voting education process would be done next year using a role-play method by the students.

“As for the sustainable fashion programme, we want to show the children that there is an alternative to pursuing a vocational occupation.”

With the children now creating interesting items from scraps, such as car seat belts into tote bags, Maria said the programme could lead to the creation of employment for women in future.

The teachers observed that there had been a significant improvement to the children’s personalities and character, as they were more punctual and better able to communicate.

“The programme has had a positive impact on me. I am now able to carry myself better in any public situation, ” said Nurul Nurazmira Azwar, 14, who is a member of the Leaderonomics Club.

“My hands used to shake when I had to hold the microphone to speak. I am no longer as nervous as before, ” said 14-year-old Adam A Hadi Syam.

Amirul Najmin Azli, 14, said there was always a purpose to all the club’s activities, such as learning about teamwork, and that his English had improved over time.

The club meeting is held twice a week, under the guidance of the Leaderonomics team.

“We want to help young people discover their own leadership potential. In order to do that, we offer mentorship and guidance to help them understand the course content and why leadership is important.”

Gurpreet said he observed that children felt insignificant or not suited for a decision-making role when they were not appointed as class monitor or prefect.

Asked about the involvement of B40 children in the programmes, he said they had a lot more potential because of their thirst for knowledge and resilience as a result of their living circumstances.

upon completing their respective programmes’ syllabus. 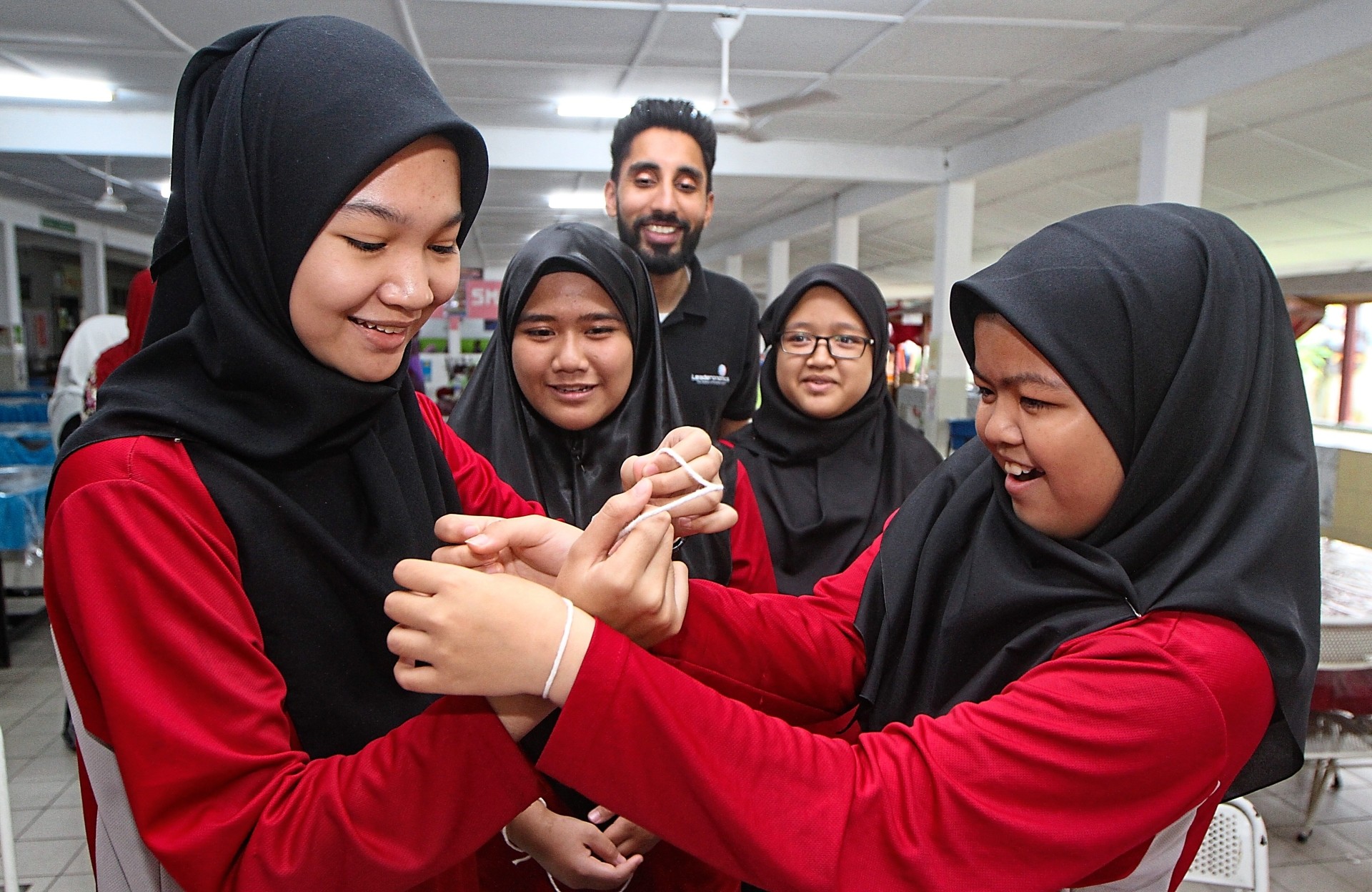 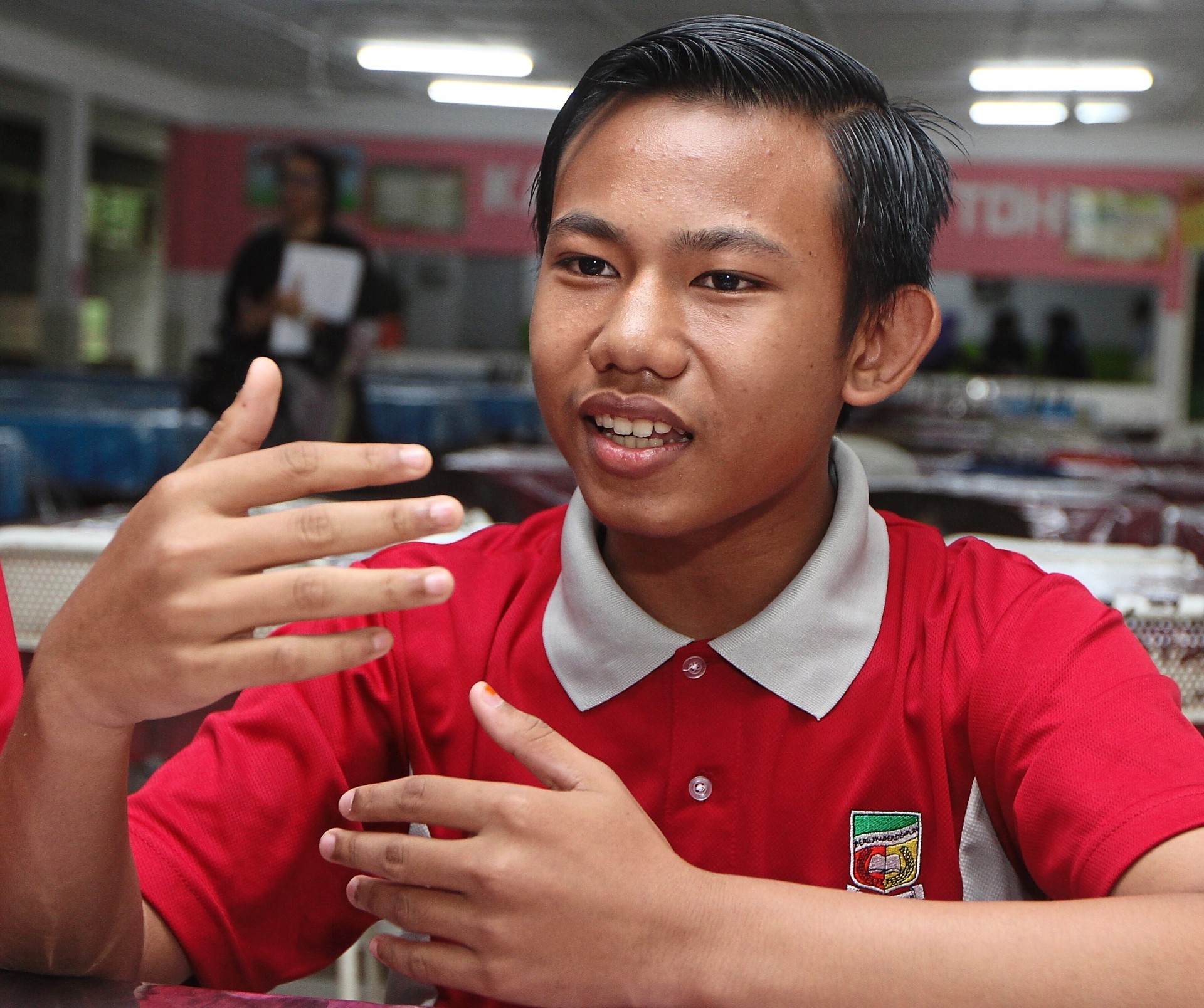 Some of the girls from the Leaderonomics Club trying a rope escape game under Gurpreet’s supervision.

Amirul Najmin Azli believes he has more courage and bravery to confront other people after joining the Leaderonomics Club.

Maria says the programmes are intended to encourage children from the B40 community to be more driven, creative and assertive.