The market’s new look after it was given a fresh coat of paint.

“One of the main problems was broken gutters that led to water leaking onto the stalls during heavy rain, ” said MPKj councillor Nor Zulaila Abd Ghani in a press conference.

“A total of six 73m gutters were repaired in June, which took two weeks to complete.”

Nor Zulaila added that the other upgrade was having the market repainted in a bright pink to make it more lively.

“However, traders were seen drawing graffiti on the wall.

“I hope the hawkers and traders will take good care of the facilities provided by the government, ” she said. 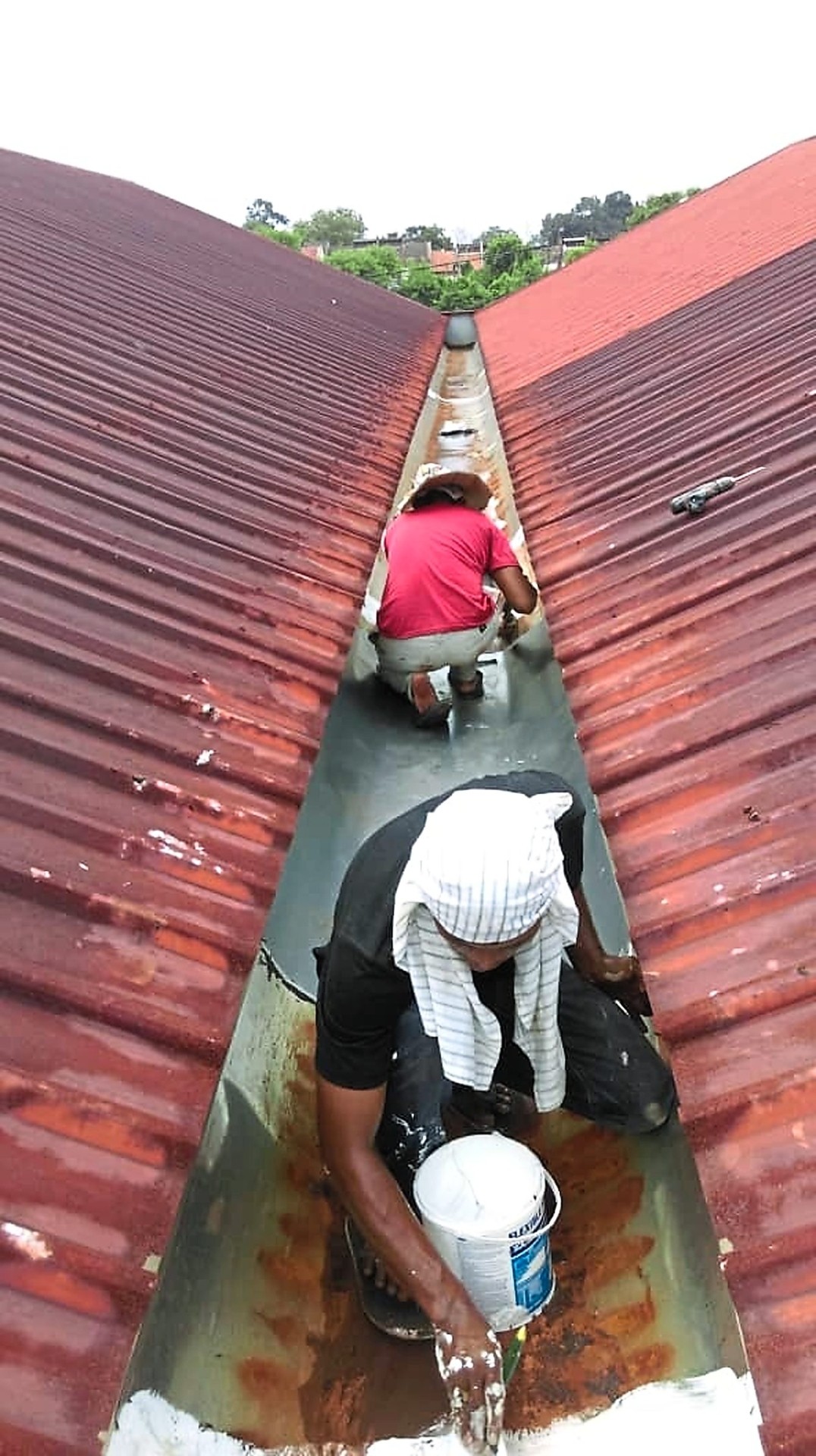 Workers repairing the broken gutters, which previously resulted in water leaking onto stalls during downpours.

Trader He Fong Lin, 53, hoped the government would upgrade the market building.

“The distance between stalls is very close and the paths are so narrow, making it difficult for customers to walk through, ” she said.

Her son Cheah Yau Pang hoped the government would improve other aspects of the market in future.