“Among Selangor’s six million population, almost half of them are youths aged 15 to 40, ” said Khairuddin at a press conference.

“All youths are invited to join us, regardless of their backgrounds.

“There will be various activities such as sports, arts and music, youth entrepreneurship, fashion and cosmetics, a job fair, lifestyle and drug campaign awareness.“

Thirty employers have been invited to the job fair targeted to provide more than 1,000 jobs for the youths.

Talks and workshops will be held for the drug campaign awareness to tackle drug abuse issues.

Khairuddin said there would be concerts featuring more than 15 bands over the three days, including Butterfingers’ 20th anniversary concert on Nov 2.

“About 6,000 tickets have been sold so far for the Butterfingers concert and this is the only event that requires payment to cover the cost of using the stadium.

“All other sections are free of charge, ” he said.

The carnival is a collaboration between government agencies, government-linked companies, non-governmental organisations, private companies and universities. 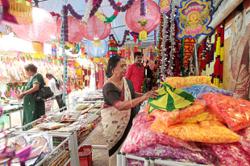 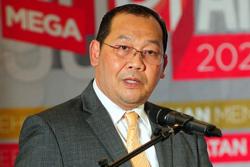