All the illegal advertisements are said to be quietly put up by the same agent.

IN JUST four months, a whopping 21 illegal billboards have mushroomed in George Town, Penang, sparking safety concerns among motorists due to their odd locations.

Penang Island City councillor Wong Yuee Harng said a check with the city council showed that none of the billboards were given permits.

“Applications to put up any advertisement on road shoulders or buildings must go through proper procedures, especially for giant billboards that may pose a safety threat.

“Whenever advertising agents apply to put up billboards, the council will first check the particular location to see if the structure may end up blocking the view of motorists or if it will be a hazard.

“Structure-wise, the council will also look at the materials used as well as the size and location of the billboard,” he said when contacted on Thursday.

Wong said that the 21 billboards were quietly put up in stages without the council’s knowledge.

“Six billboards were first put up in July, followed by another six in August, three in September and six more since the beginning of this month.” 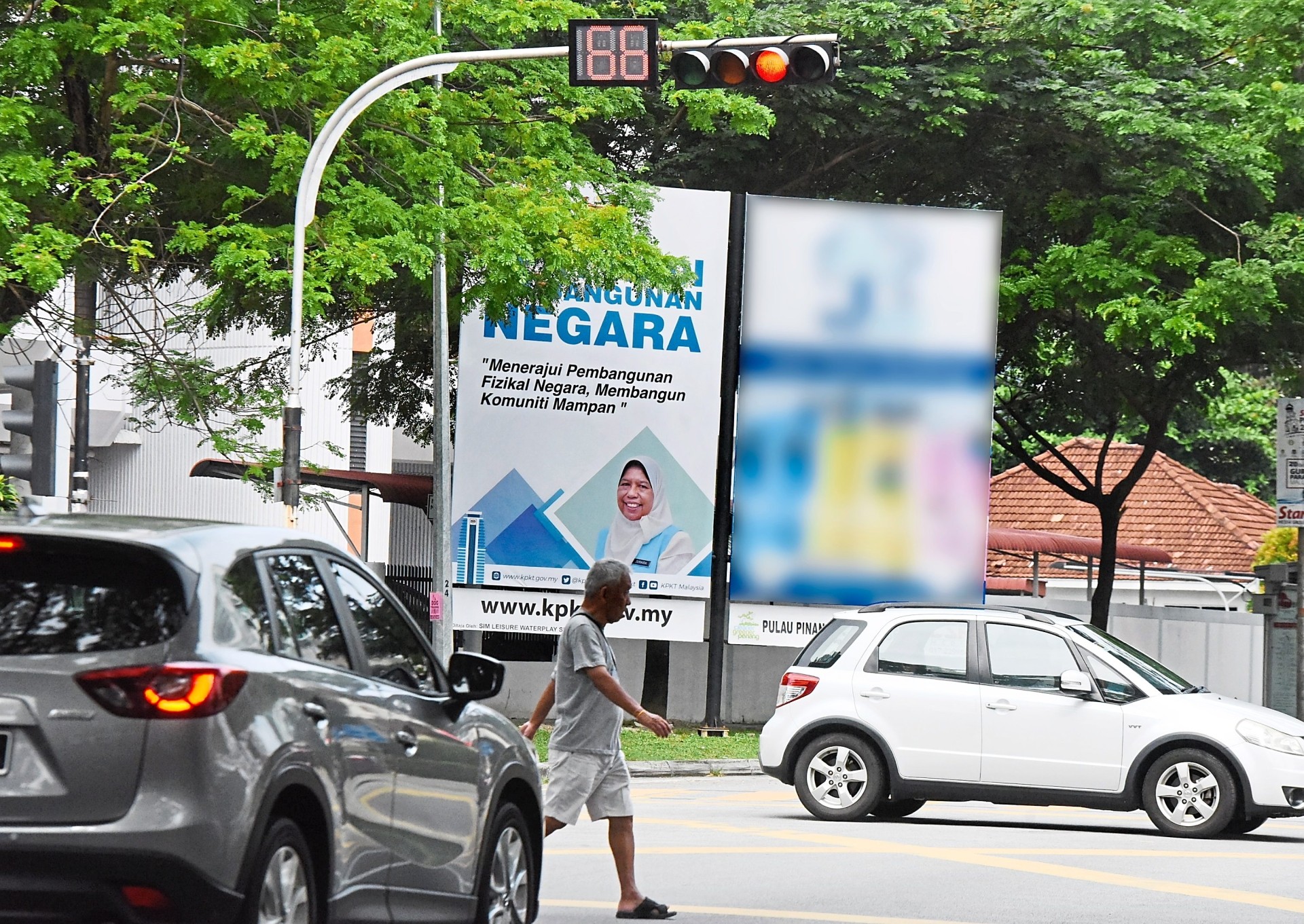 “These billboards are said to be erected by the same agent.

“The council has since issued notices to the agent, besides taking action to remove 12 of the billboards.

“But the agent is brazenly erecting more illegal billboards elsewhere.

“Such repeat offences are a big challenge to the council and we will not hesitate to take stern action against the culprit,” he added.

Wong said the council was willing to guide advertising agents that faced difficulties in applying for the necessary permits.

“Officers at the Licensing Department are always ready to assist them to apply for the permits. Lee (right) showing a spot along Jalan Burma where a billboard was torn down.

“But these agents must remember that they need to follow the law when setting up billboards with public safety as their main priority,” he said.

“One billboard was placed right in front of the Church of the Immaculate Conception.

“It was removed last week but by Wednesday, another one was erected in front of SMK Pulau Tikus nearby.

“This month, three billboards have been put up within Pulau Tikus and I am aware the council did not approve any of them,” he said at a press conference along Lorong Maktab on Thursday.