The Malaysian community in America held a grand march in New York to mark the 62nd National Day.

THE Malaysia Association of America (MAA), which marks its 35th anniversary this year, has been in the thick of things of late with its members participating in many events to promote their motherland.

Based in New York, MAA was in the forefront during the recent 62nd National Day celebrations as it organised a hugely successful Merdeka Parade at Main Street in Flushing.

Besides a march, there was also a convoy of cars bearing the Jalur Gemilang driven around town.

Then there was the visit of Home Minister Tan Sri Muhyiddin Yassin to the Big Apple, and Prime Minister Tun Dr Mahathir Mohamad coming by to address the United Nations General Assembly.

The association began as the Singapore and Malaysia Chinese Association of America on Aug 31,1984, to cater to the rising number of Chinese Malaysians and Singaporeans in New York city. As the years passed, its name was changed to the Singapore Malaysia Association in the early 1990s.

In 1992, the body turned its focus on Malaysians and renamed itself as the MAA, which now comprises a multiethnic membership of 75% Chinese, 20% Malay and 5% Indians from Malaysia.

“The MAA took considerable pride and honour to promote Malaysia’s interests and serve the Malaysian community in America which is growing, ” said MAA chairman Kim Bong.

He said MAA had tackled a variety of issues, such as visa and passport matters, employer-employee disputes, and even personal and family disputes.

“The goal has always been to assist Malaysians in distress or in need of advice or counselling. We will continue to strive to do our best, ” he added.

During his visit, Muhyiddin spent some time discussing issues with Kim and other senior officials of MAA, who included co-chairman Jack Liaw and president Peter How, during a gathering held at Malaysia’s Permanent Mission in New York. 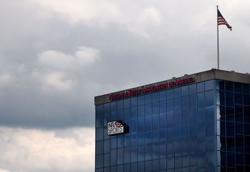