Ismail believes that the standardising of petrol prices would be better. — Photos: CHAN BOON KAI/The Star

THE RM2.2bil petrol subsidy announced in Budget 2020 may benefit motorists, but it was received with lukewarm response by some.

Driver Hafiz Mohd, 27, said although he was eligible for the subsidy, the initiative was not realistic or practical enough.

“It is a good initiative, but honestly, the subsidy does not help much for those who drive daily.

“For example, if I travel back and forth to work every day, I would have spent over RM40 on petrol in a week.

“So, the RM30 petrol subsidy per month would have only helped for the first week, ” he said commenting on Budget 2020 on Friday.

Retiree Ismail Mohd Ibrahim, 65, said he was not looking forward to the floating of RON95 price under the new petrol subsidy scheme, which begins January next year.

“Floating the petrol price may allow us to buy petrol at a lower rate at times but to me, standardising the price would be better.

“They would feel even the slightest pinch when the price jumps if it stayed low for several weeks, ” he added.

On Friday, the Finance Ministry announced that an allocation of RM2.2bil for petrol subsidy is expected to benefit more than eight million motorists under the Budget 2020.

The subsidy allows eligible car owners with not more than two motorcycles and two cars to receive subsidy for one vehicle.

On the announcement of toll reduction for the Sultan Abdul Halim Mu’adzam Shah Bridge, retiree Leong Wing Kwong, 57, who travels to Prai three times a week, said the toll reduction would not affect him much as he still preferred the first bridge.

“I usually use the first bridge when I travel back and forth to Prai, as the distance is shorter and it is more convenient for me.

“So it does not affect me much as I would still use the first bridge when I travel to Prai, ” he added.

Chief Minister Chow Kon Yeow said the state hoped that the reduction for the Sultan Abdul Halim Mu’adzam Shah Bridge toll would help ease the traffic on the first bridge.

“This has always been a claim, especially among the industrial sectors in Bayan Lepas and Batu Kawan.

“Now that the bridge toll is reduced, we hope that half the traffic on the first bridge would move to the second bridge to ease the congestion, ” he said at a press conference after attending the Salvation Army Annual Open Day and Charity Food Fair in Logan Road on Saturday.

“With this reduction, it will encourage more people to use the bridge, reducing the traffic on the first bridge.

“Besides, it would also reduce the cost for bridge users who are working in Bayan Lepas and Batu Kawan, encouraging development on both sides, ” he added.

The charges for the bridge, presently at RM8.50, is set to be reduced to a standard RM7. 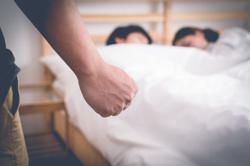