IT was a day to remember for members of St George’s Church in Lebuh Farquhar, Penang, when they received a historic visit by the Archbishop of Canterbury, Justin Welby.

He is the head of the worldwide Anglican Communion and also senior bishop and principal leader of the Church of England.

His arrival marked the first official visit by an Archbishop of Canterbury to an Anglican church in the Diocese of West Malaysia.

A special service was held to commemorate both the visit and the church’s 200th anniversary this year. St George’s Church is the oldest Anglican church in South-East Asia.

During the recent visit, Archbishop Welby preached and presided over the service and the congregation was given the opportunity to personally welcome him.

He was later accompanied by Anglican Church Diocese of West Malaysia Suffragan Bishop Datuk Charles K. Samuel when he unveiled the bicentenary plaque placed at the church foyer.

The Archbishop of Canterbury also visited St Nicholas Home on the same day where he learned about the creative ways the home was helping the blind and visually impaired. 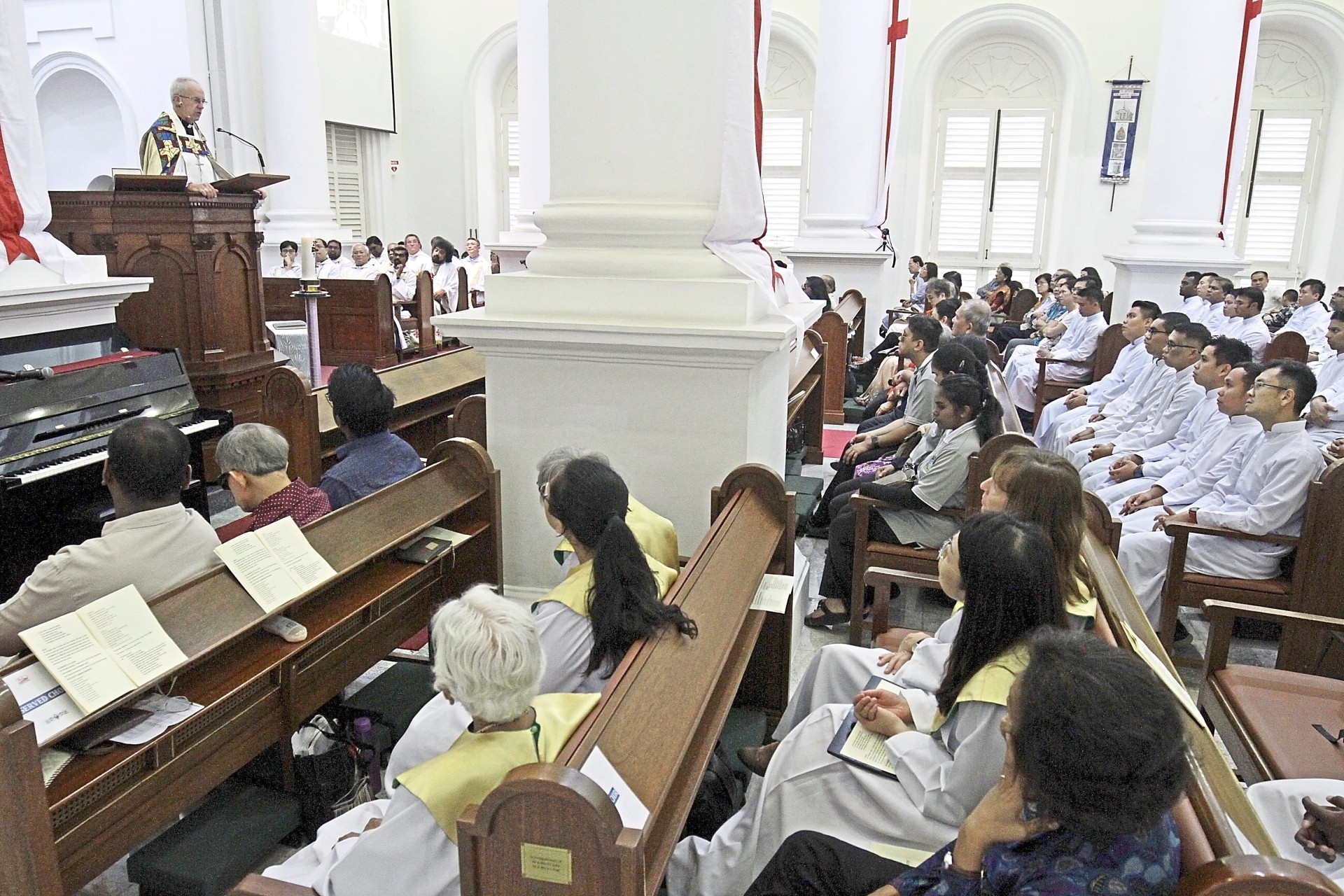 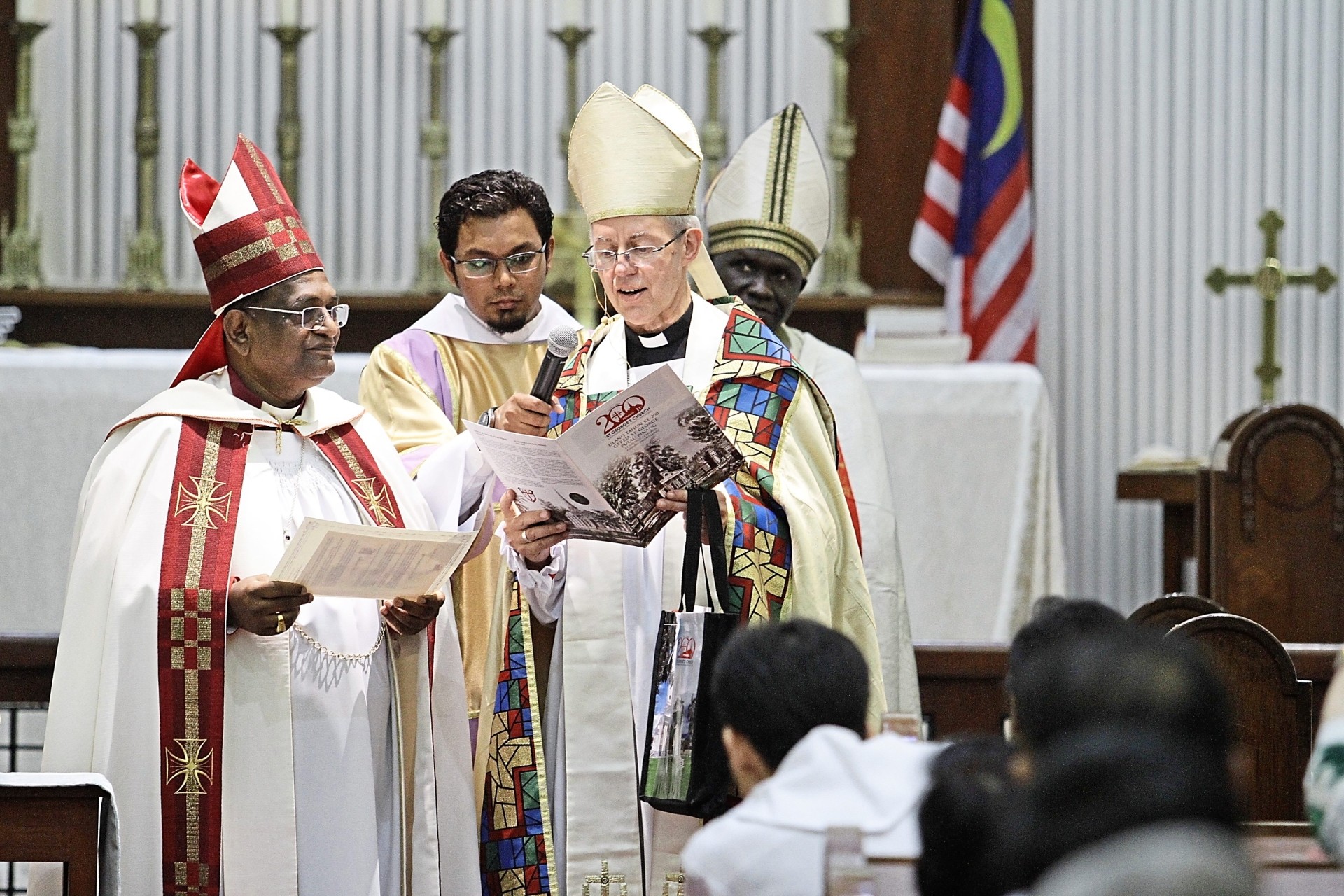 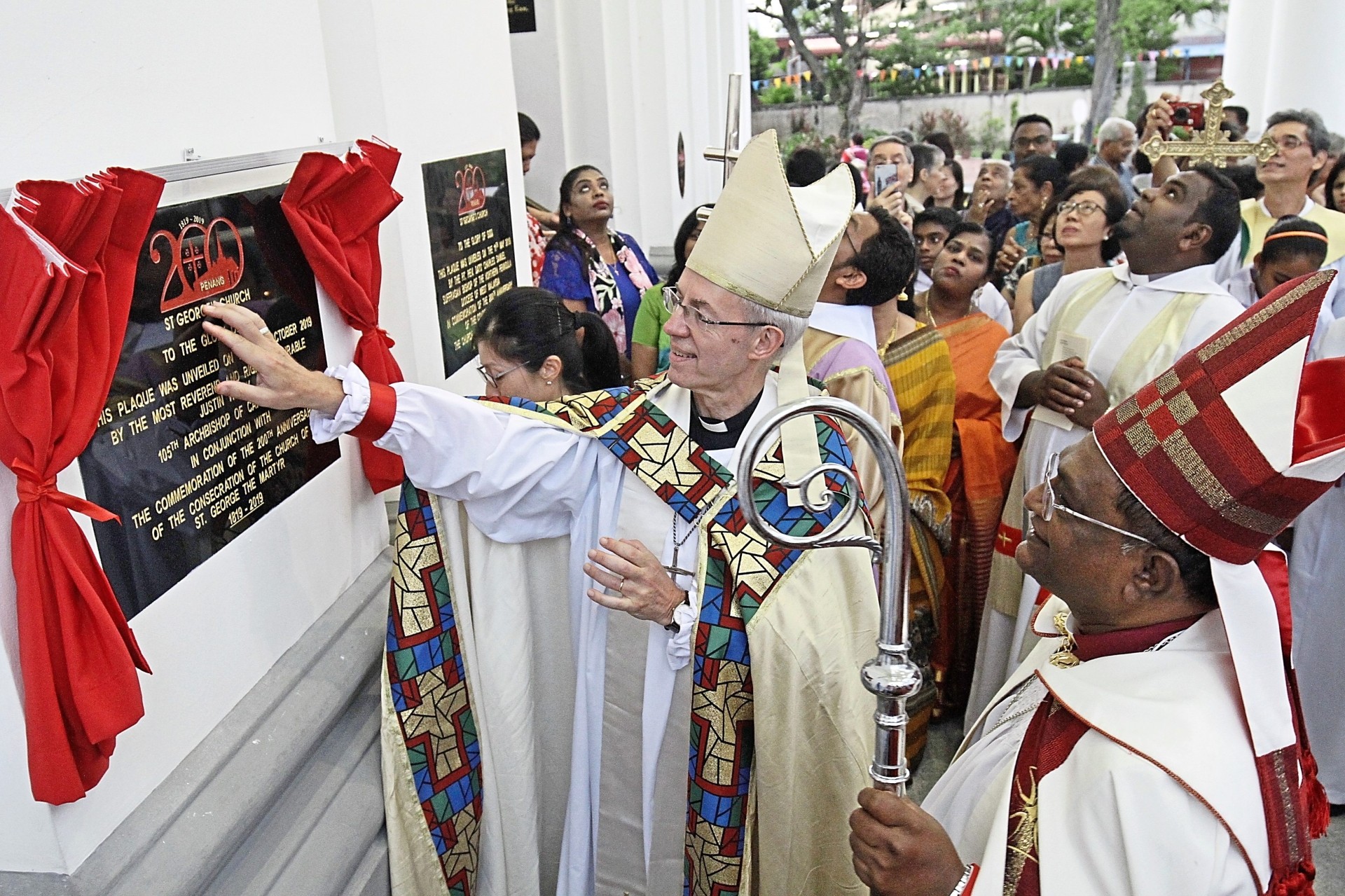 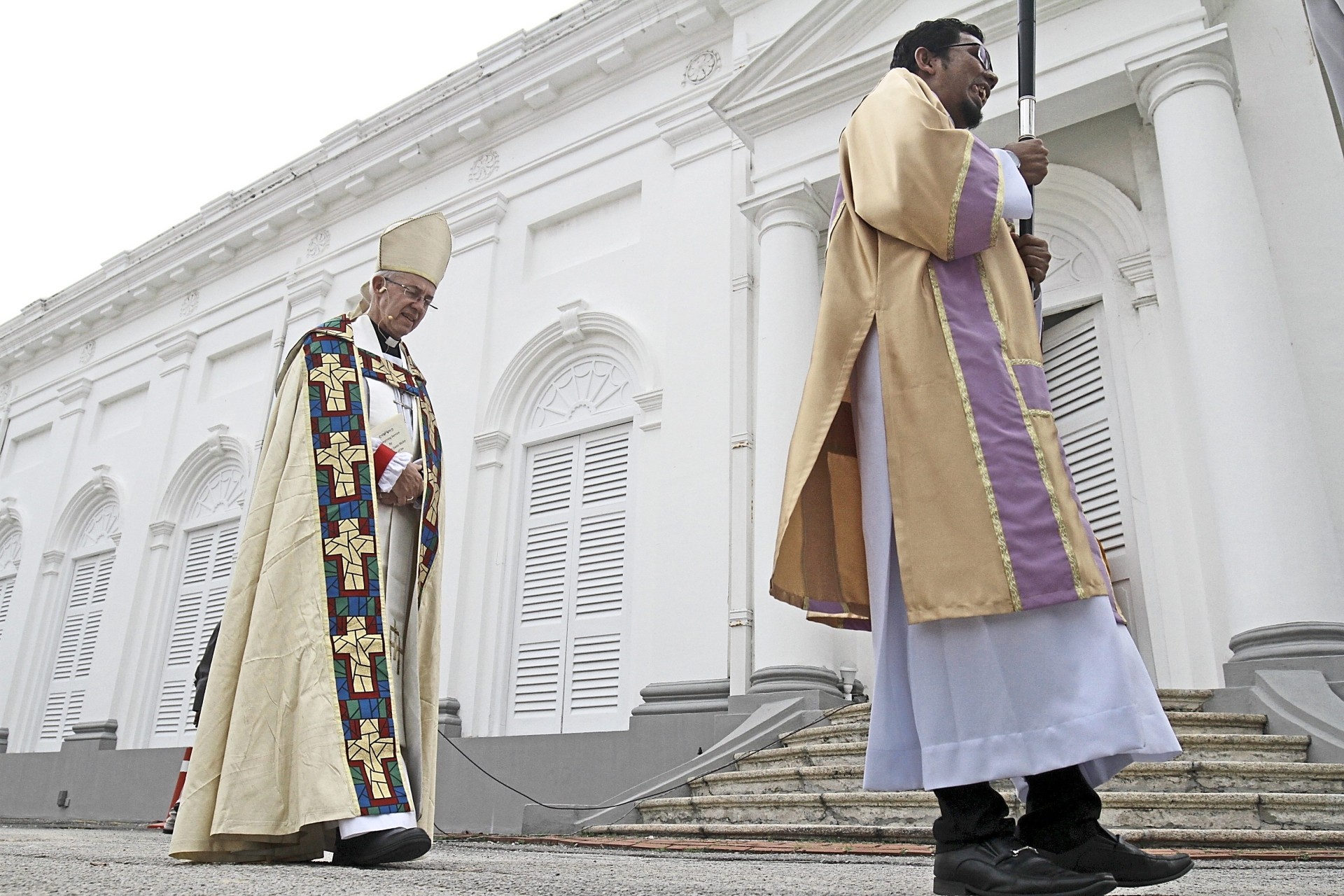 ^ Archbishop Welby unveiling the plaque to mark the 200th anniversary of St George’s Church. With him is Bishop Charles.