Some of the participants cycling at a leisurely pace on the overhead bridge at Simpang Kuala.

KEDAHANS had the chance to get friendly with Malaysia Anti-Corruption Commission (MACC) personnel when the state MACC marked its 52nd anniversary with a bicycle fun ride.

“The objectives were to get closer to society, deliver anti-corruption messages and strengthen MACC’s relationship with the people.

“MACC is not an unfriendly agency. We hope the public will not hesitate to channel information related to corruption to the commission.

“This event is for members of society to get to know more about the MACC and the scope of our duties.

“They need not worry about having close relations with MACC as the identities of whistleblowers are always protected. “Combating corruption is not solely on the shoulders of MACC but also the responsibility of all parties,” said Shaharom Nizam before flagging off the event.

The four of them also took part in the 12km fun ride, starting from the entrance of the Kedah MACC headquarters to the Simpang Kuala market and then back to the starting point. 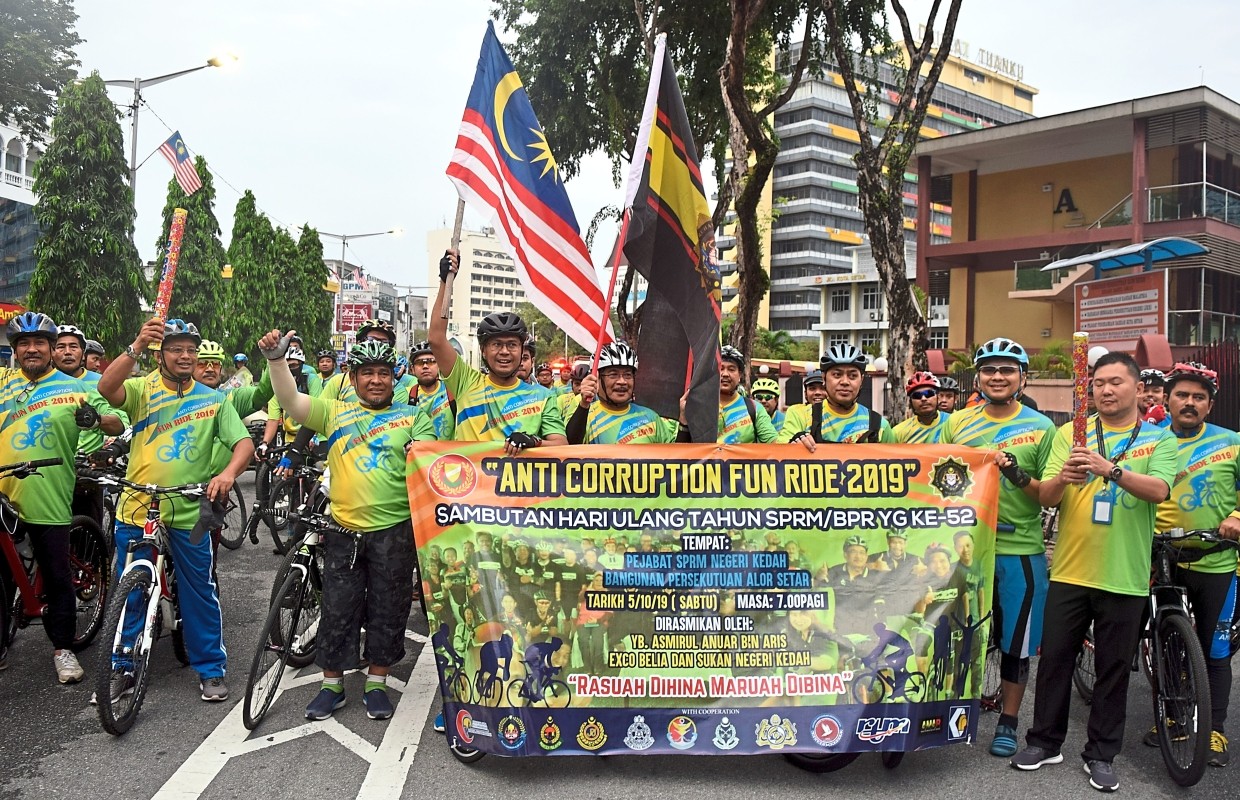 Shaharom Nizam (centre, raising the MACC flag) and Mohd Asmirul (hoisting the Jalur Gemilang) posing with the 100 cyclists from 12 government agencies before the flag-off of the Anti-Corruption Fun Ride 2019 outside the Kedah MACC headquarters in Jalan Sultan Badlishah, Alor Setar, Kedah.

Mohd Asmirul said the organising of such events would strengthen the relationship between the state government and various departments at the state and federal levels.

At the fun ride’s pit stop at the Simpang Kuala market, exhibition booths were set up by theMACC, Prisons Department, National Anti-Drug Agency and AMAR for the public to seek information.

A mobile van of the Road Transport Department allowed motorists to check their traffic offences and another by Election Commission offered voter registration services and polling area checks. 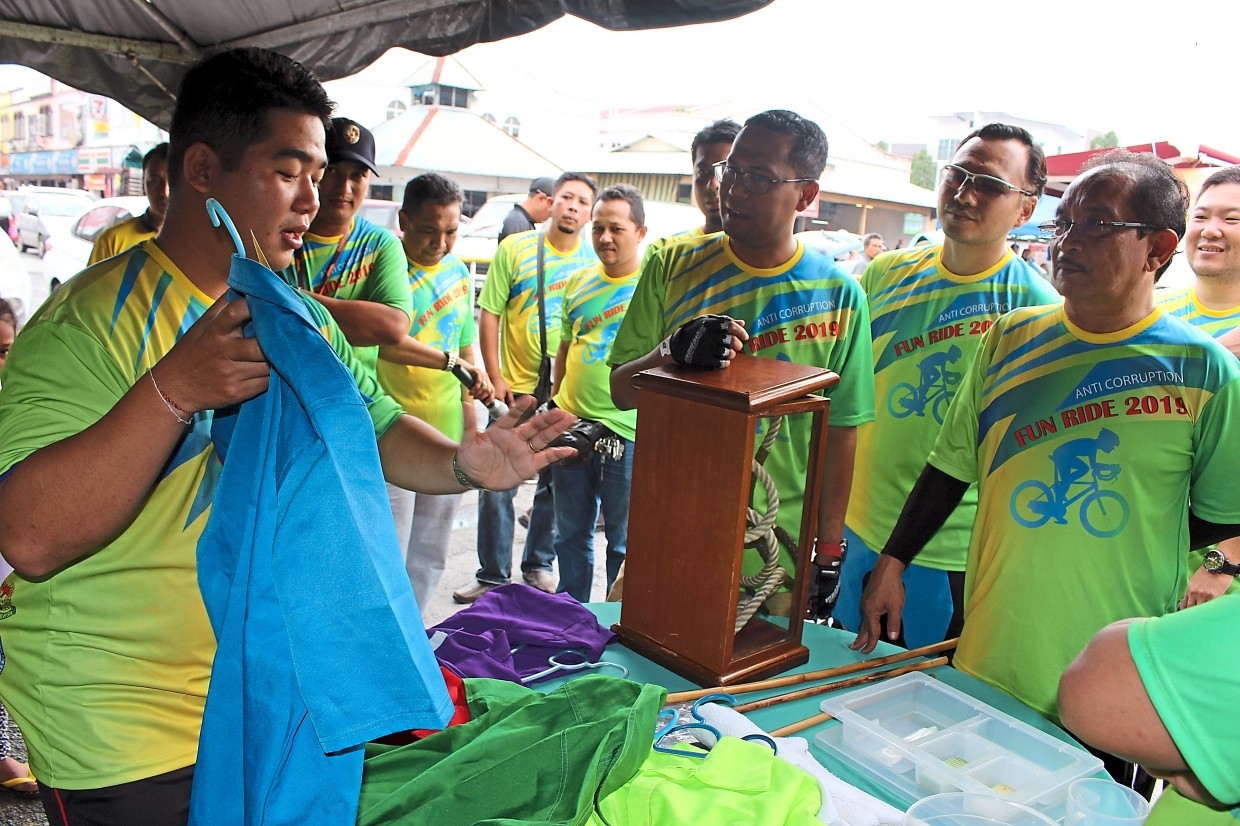 MACC’s anniversary falls on Oct 1 and the state body had earlier organised a walkabout at the Kota Sarang Semut market to meet villagers.

On Oct 3, a programme named ‘MACC at Samudera’ was held at Pulau Payar, Langkawi, to foster cooperation with fishermen to fight corruption and other crimes at sea.