Amirudin touring Terminal 17 with Haris (right) after the official launch.

It starts at Shah Alam’s Terminal 17 bus hub and goes to the Padang Jawa KTM station.

He added that this was in line with Shah Alam City Council’s (MBSA) goal of becoming a public transportation friendly and low carbon city by 2030.

MBSA is allocating RM1.4mil a year for the SA04 route.

As of August, 8,697,171 passengers used the free bus to travel on seven routes around the city.

“We will launch the SA07 and SA08 routes later this year and SA09 next year, ” Haris said, adding that 91% of users are Malaysian.

The additional stops to SA04 were launched by Selangor Mentri Besar Amirudin Shari, together with the Terminal 17 bus station which has been operating since May 1. – By BRENDA CH’NG 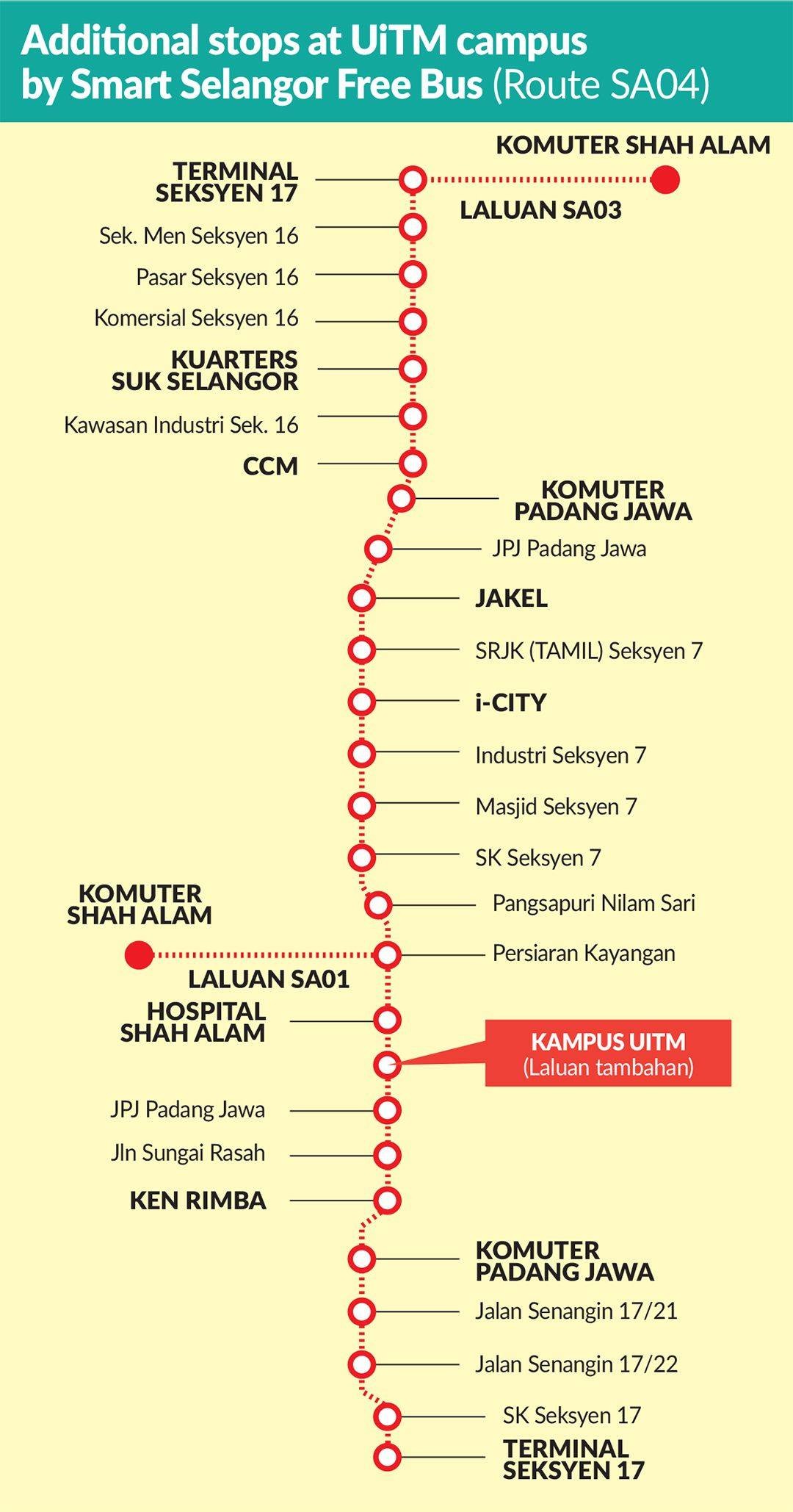