It is now called Menara Bandaraya

Abdul Rahman signing a plaque to commemorate the event. With him (from left) are Dr Afif, Ahmad Zakiyuddin, Rozali and Farizan.

This comes on the heels of Seberang Prai’s elevation to city status on Malaysia Day.

MBSP mayor Datuk Rozali Mohamud said the naming of the headquarters was agreed upon during the council’s One-Stop Central Committee meeting on Sept 12.

“In line with the elevation of Seberang Prai to city status, it is time for everyone to work together to make Seberang Prai a more resilient, inclusive, green, competitive and technology-driven city.

“Seberang Prai would not have become a city, if not for its hard- working people. 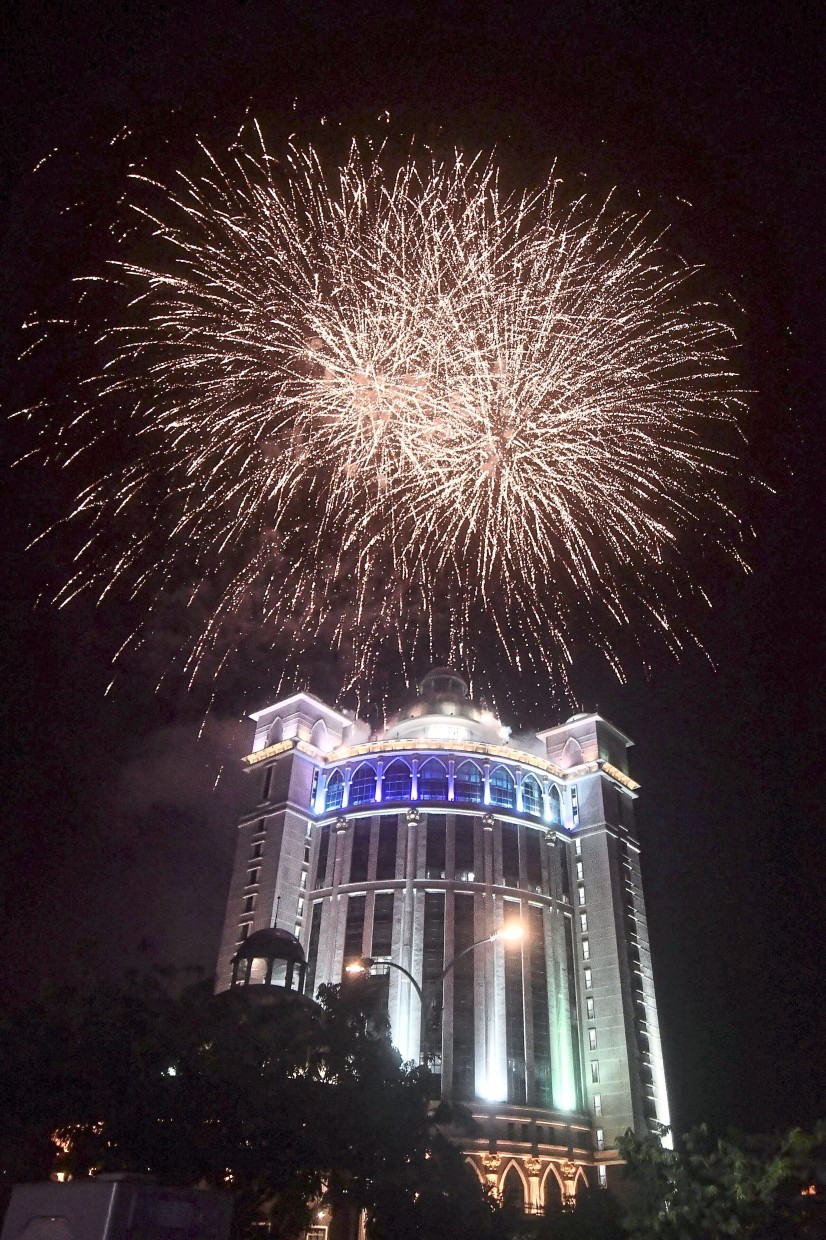 Fireworks lighting up the sky above Menara Bandaraya in Bandar Perda, Bukit Mertajam to mark the naming of the Seberang Prai City Council headquarters.

“Hence, with the naming of the council headquarters as Menara Bandaraya, I hope we can all work together to preserve our city as we strive to provide better services to our stakeholders, ” he said.

The building, located on a 4ha (10 acre) piece of land in Jalan Perda Utama, was previously known as the Seberang Prai Municipal Council headquarters complex.

The land was bought from Penang Regional Development Authority (Perda) for RM13mil on Nov 5,2001.

The construction of the headquarters commenced in 2002 and was completed on Dec 31,2005, at a cost of RM53mil.

Prior to the construction of the headquarters, the operations of the local council was at Jalan Datuk Ahmad Said, and also Wisma Umno Butterworth.

Earlier, hundreds of people flocked the grounds of the MBSP headquarters to celebrate the naming ceremony.

Visitors were treated to a sumptuous spread of food and drinks served by food trucks lined in two rows.

There was also a special fireworks display atop the building tower.