MOTORISTS can heave a sigh of relief now that the sinkhole along Jalan Universiti in Petaling Jaya has been fixed.The road has been reopened to traffic.

The sinkhole happened due to a burst pipe.

Bukit Gasing assemblyman Rajiv Rishyakaran said burst pipe incidents were not new in Selangor and occurred daily in different parts of the state.

“Every week, at least 50 of such cases are reported. This is because our pipes are old and need to be changed, ” he said, adding that most of the pipes had a 25 to 30-year lifespan.

Rajiv said changing old pipes would be a costly affair for the Selangor government as there were about 6,000km of pipes that needed to be replaced.

“Consumers must be prepared to pay higher water tariff if they want the pipes to be changed, ” he said.

On Wednesday, a car plunged into a sinkhole after an underground pipe burst around 5am, causing traffic congestion opposite the Sin Chew Daily office as residents headed out for work.

Repair works to fix the burst pipe and sinkhole continued throughout the day after Air Selangor closed part of the road and diverted motorists to Jalan 17/41.During the incident, households and business operators in Section 11,16,17,19,21,22 and SS2 experienced dry taps for almost 24 hours. 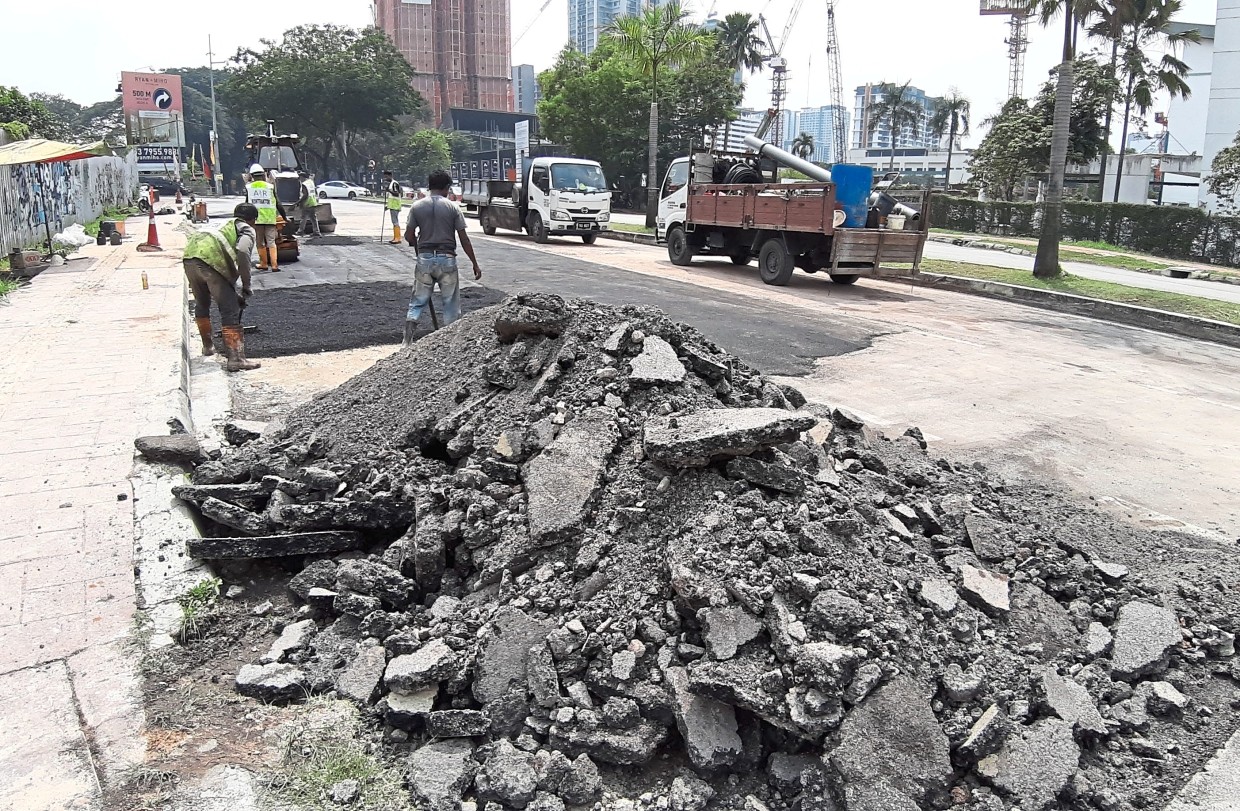 Water supply was fully restored at 6am yesterday.

At 11am yesterday, part of Jalan Universiti was still closed to motorists with workers busy resurfacing the large area.

A similar incident took place last year on the same stretch, leaving residents worried that the incident may happen again.

Several road users said they would avoid using the road to get to Section 17 as much as possible.

“It is so scary. You do not know when the pipes will burst again, ” said Fanny Tan who used this street to get to her regular coffeeshop in Section 17.

Tan said she would opt for alternative roads and would avoid driving along this stretch as much as possible.

Others blamed the growing development in the area as a contributing factor to the sinkhole occurrence.

“There are many large lorries and trucks using the road daily.

“These vehicles are damaging our roads, ” said Andy Wong.

Air Selangor told StarMetro that the old asbestos cement pipes could have broken due to high water pressure or heat. Contractors at the site said the water pressure would be monitored continuously to ensure they were stable following the repair works.