Lim and Dr Siti Hasmah with some of the students involved in the Malaysia International Cultural Festival 2019 at the university plaza. — Photos: RAJA FAISAL HISHAN/The Star

IT WAS a 13-hour experience of cultures at the 7th Malaysia International Cultural Festival 2019 by Limkokwing University of Creative Technology (LUCT), Cyberjaya.

The annual festival saw alumni, students and partners from 58 countries under one roof to showcase over 100 cultures at its plaza.

This year’s festival was themed “Peace Is Possible”.

LUCT branding, creativity and talent development vice-president Datuk Tiffanee Marie Lim said the word “peace” was very close to the hearts and minds of people at the university.

“In times where we see conflicts erupting in many parts if the world, devastating fire in Amazon and Borneo, it is very empowering to have peace and unity as the backbone of the festival, ” she said.

“We decorated the booth using batik, saree and a gong. We also served local food like nasi lemak and Malay traditional kuih for free, ” she said.

At the Palestinian booth, a group of seven Palestinian students were doing their traditional celebratory Dehhyyeh dance.

MBA student Mustafa Dababseh, 26, said the dance was performed by men at weddings.

“We are proud of our traditional dances and want to show them to the world as this festival brings together many countries under one roof, ” he said.

From China, broadcasting and journalism student Maya Wen, 23, and fashion student Peng Qianying, 20, were making traditional hairpins at their booth.

“Our traditional costumes are not complete without the hairpins, so we decided to focus on this part of our culture this year, ” she said.

Manning the Namibia booth single-handedly was PhD student Uhuhumina Stallone Freedom, 29. He chose to display items that represented the people from his country. “There are dolls of the Ovahimba and Ovaherero people. You can see the difference in the dresses worn by the nomadic cattle herders, which are very basic, and cattle farmers whose clothes are Victorian-inspired.

Alumni member Rawah Saad, 27, and Abbas Megdan, 24, from Iraq were playing dominos at their booth.

Rawah explained that dominos was a game mostly played by two to four boys in Iraq at night.

“We are also selling Iraqi paintings and T-shirts to collect donations for Baghdad, ” she added.

“This is how we will dress to celebrate Day of the Dead – Dia de Muertos – on Nov 2 every year, ” said Martinez. 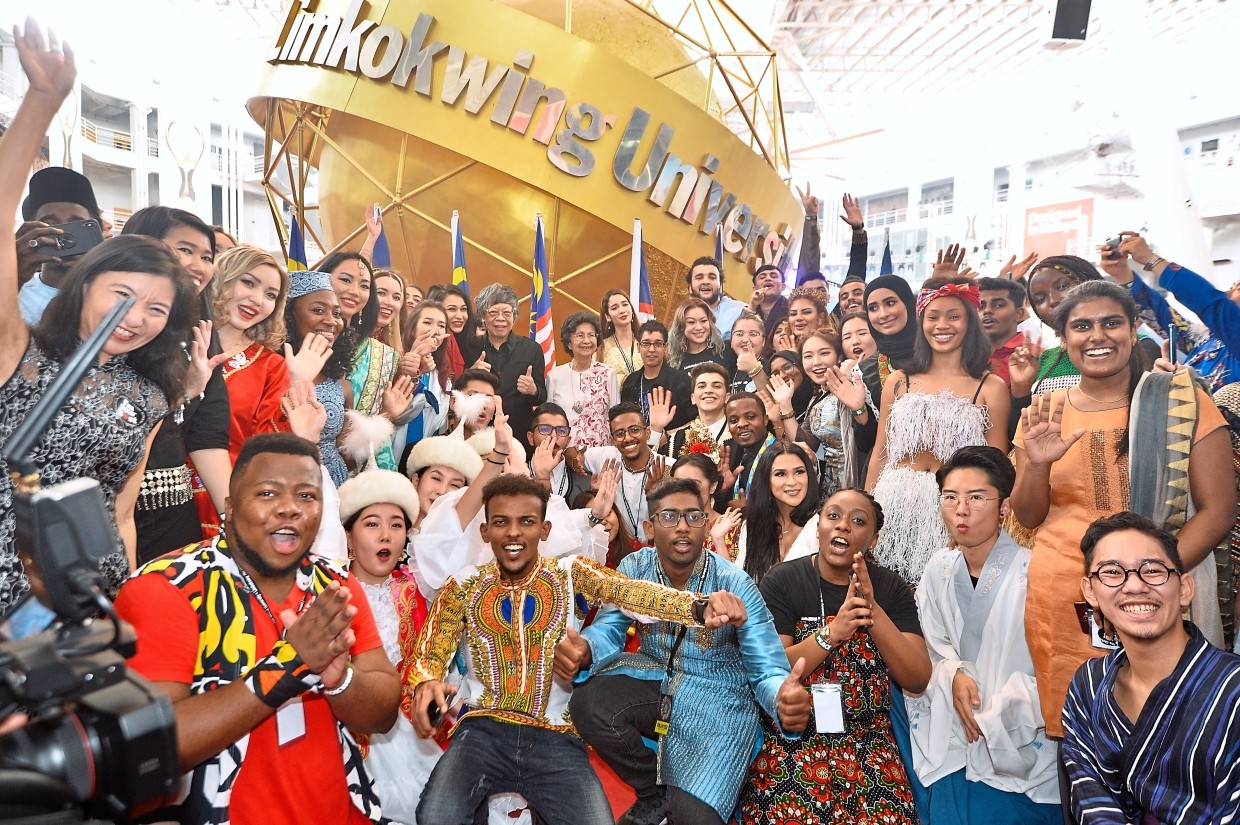 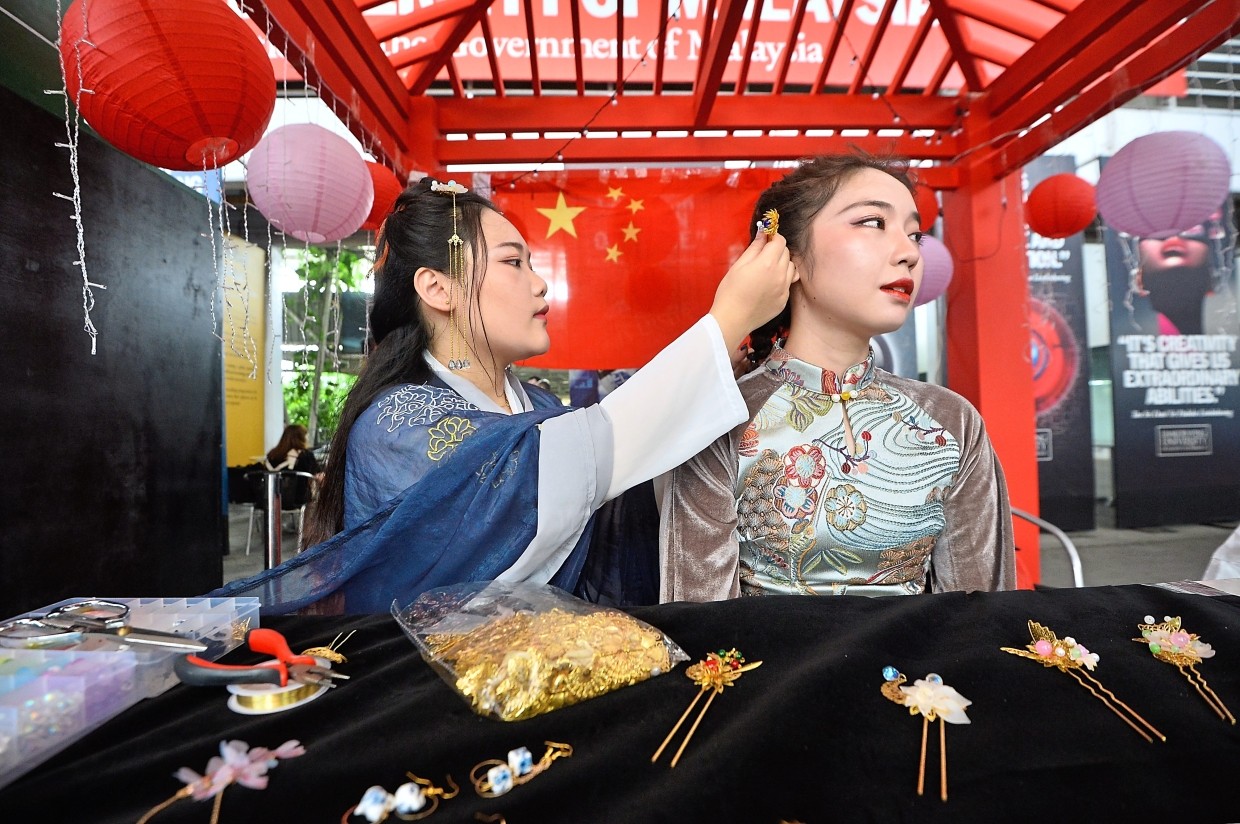 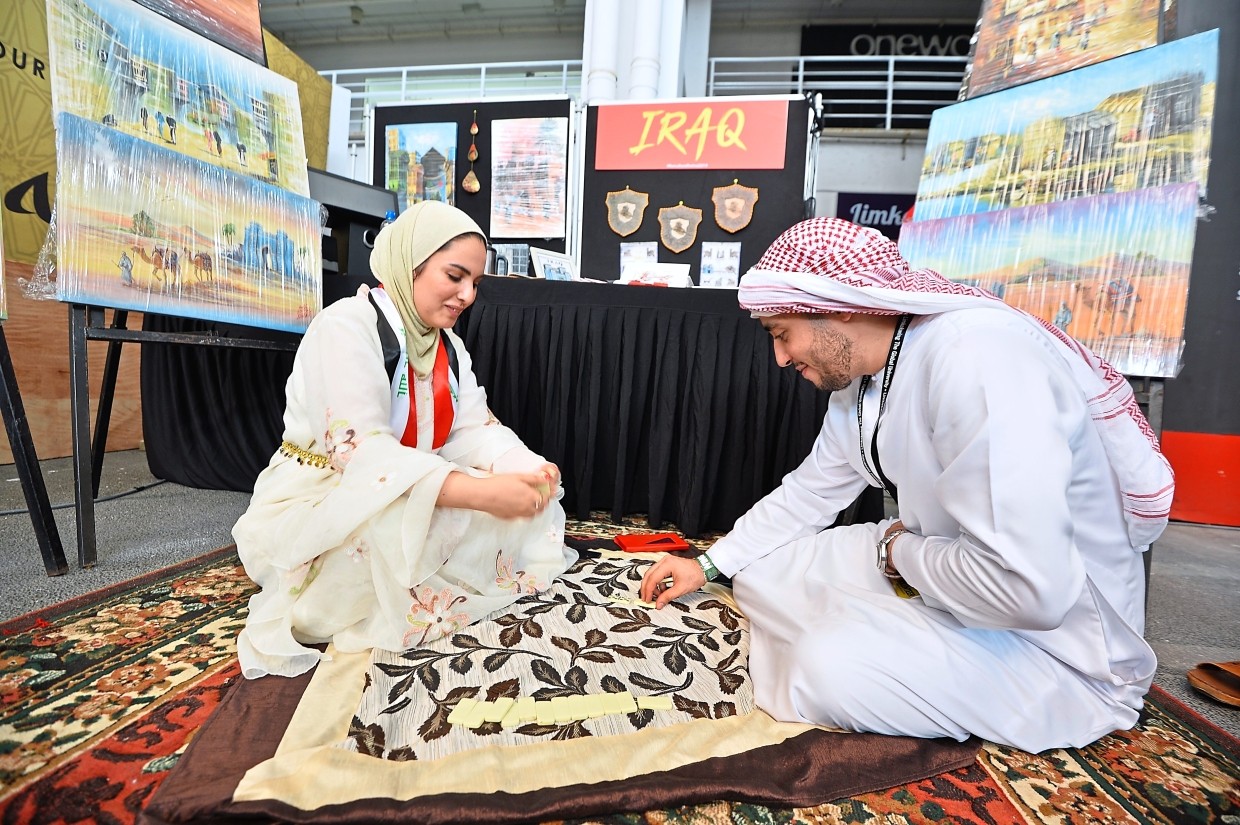 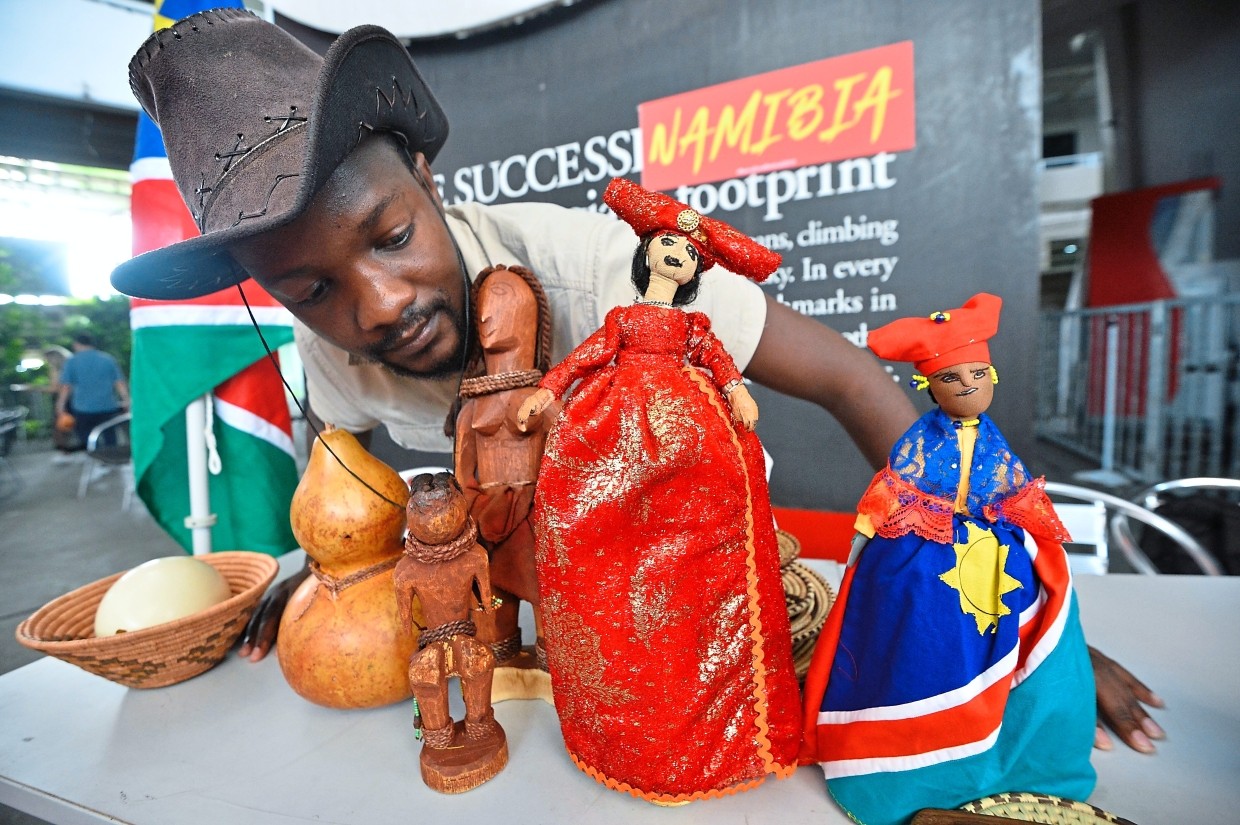 Lim and Dr Siti Hasmah with some of the students involved in the Malaysia International Cultural Festival 2019 at the university plaza. — Photos: RAJA FAISAL HISHAN/The Star

Dr Siti Hasmah looking at a caricature portrait of herself and her husband, Dr Mahathir, unveiled to her at the cultural festival.

Rawah (left) playing dominos with Abbas at the Iraq booth.

The Namibia booth displays feature the Ovahimba and Ovaherero cultures.