Base jumpers bring on thrills in Gua Damai

TWENTY-four participants took part in the 12th International Base Jump at the Gua Damai Extreme Park in Batu Caves, Gombak.

Apart from Malaysians, there were jumpers from Australia, Indonesia, Poland, Holland, Estonia and the US.

“This is a regular annual event at Gua Damai, especially before the base jump at KL Tower was created a few years ago.”

“I am happy with the facilities here. Since 2008, there have been a lot of improvements at Gua Damai with the funds from the Tourism and Culture Ministry and maintenance by MPS, ” said Amirudin, adding that Gua Damai was able to attract more tourists to Selangor. 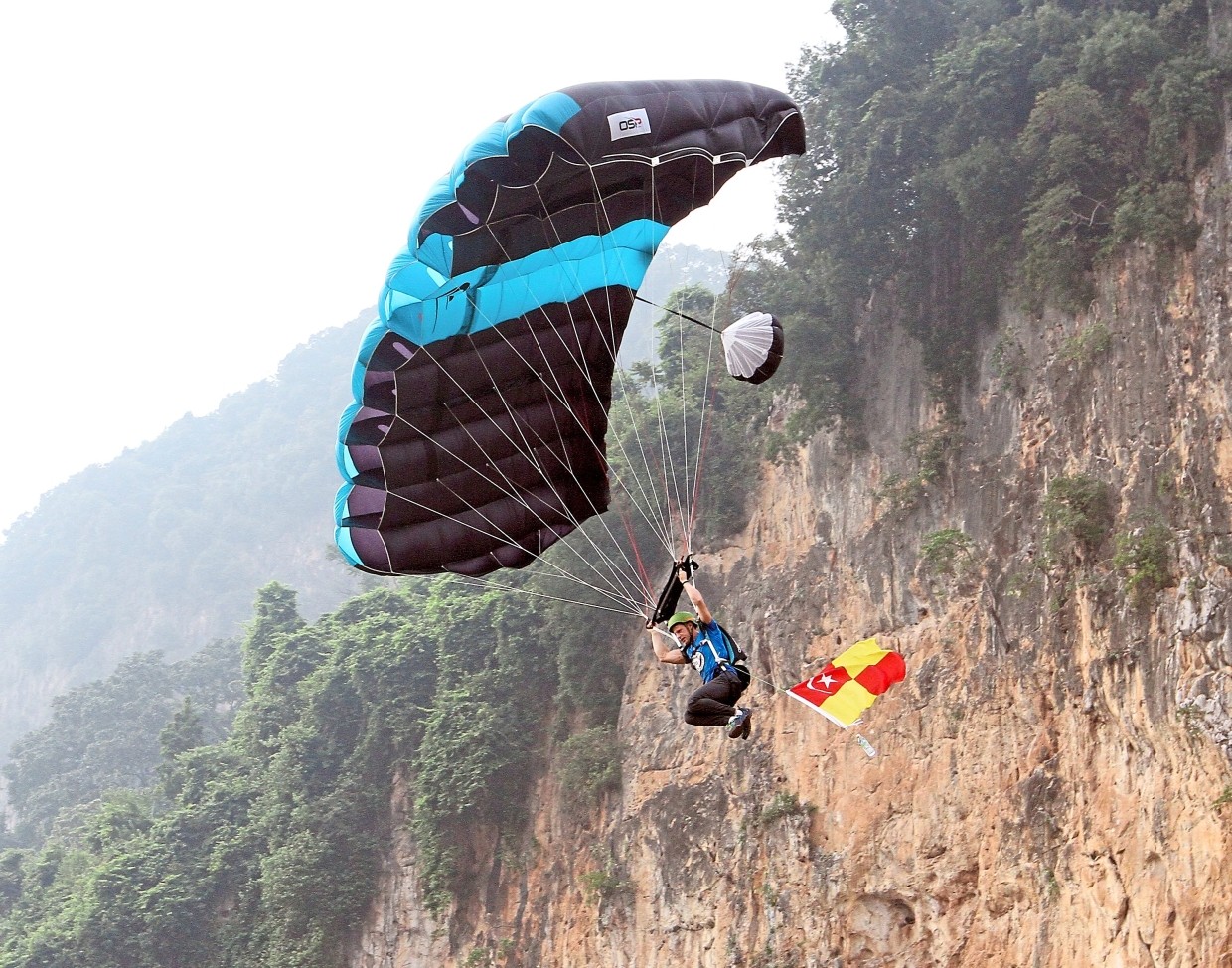 A participant making the jump with a Selangor flag as part of Malaysia Day celebrations.

“In other parts of the world, for example, there is transportation to bring visitors up to the base jumping platform, but here they have to hike into the cave for at least 15 to 20 minutes to reach the jumping platform, which is one of the attractions here.”

Polish wind tunnel instructor Grzegorz Ciesielski was one of 24 base jumpers this year.

Ciesielski, 33, who did his base jumping training in Poland, has five years experience.

“I have made about 600 base jumps so far, ” he said, adding that the thrill of free falling was the reason he started base jumping.

The stunt involves parachuting from four types of structures such as buildings and cliffs. 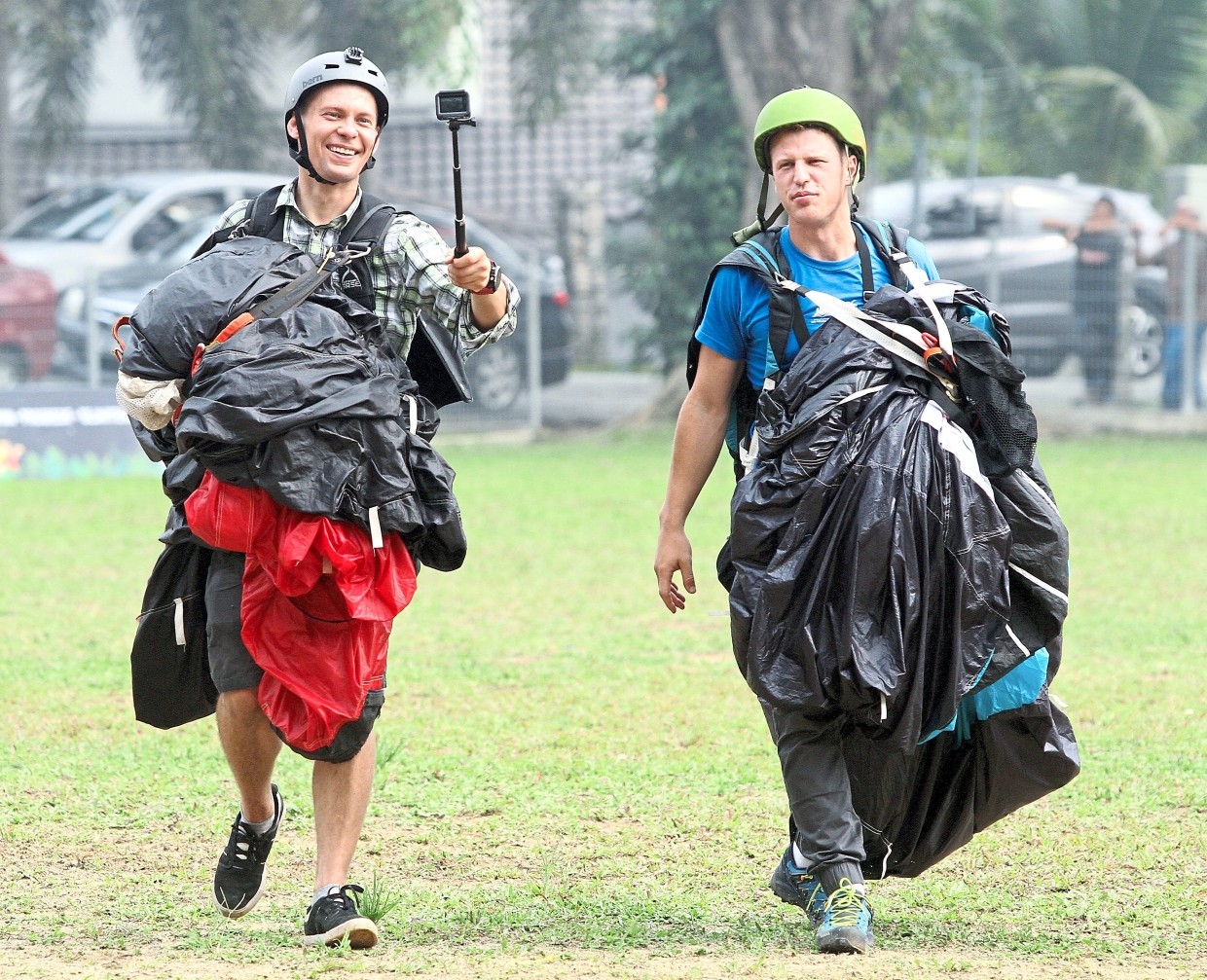 Base jumpers Ciesielski (left) and Filip Kubica from Poland reeling from their stunt at Gua Damai.

The Gua Damai base jump would be Ciesielski’s first cliff jump in Malaysia.

“The Malaysian base jump was always my dream and now it has finally come true, ” he said, adding that the Gua Damai base jump was a great experience.

“The view is super nice and the people here are friendly, too.”

Ciesielski said base jumping opened up many opportunities for him.

“For example, I would not have travelled to Malaysia if I had never done base jumping, ” he added. 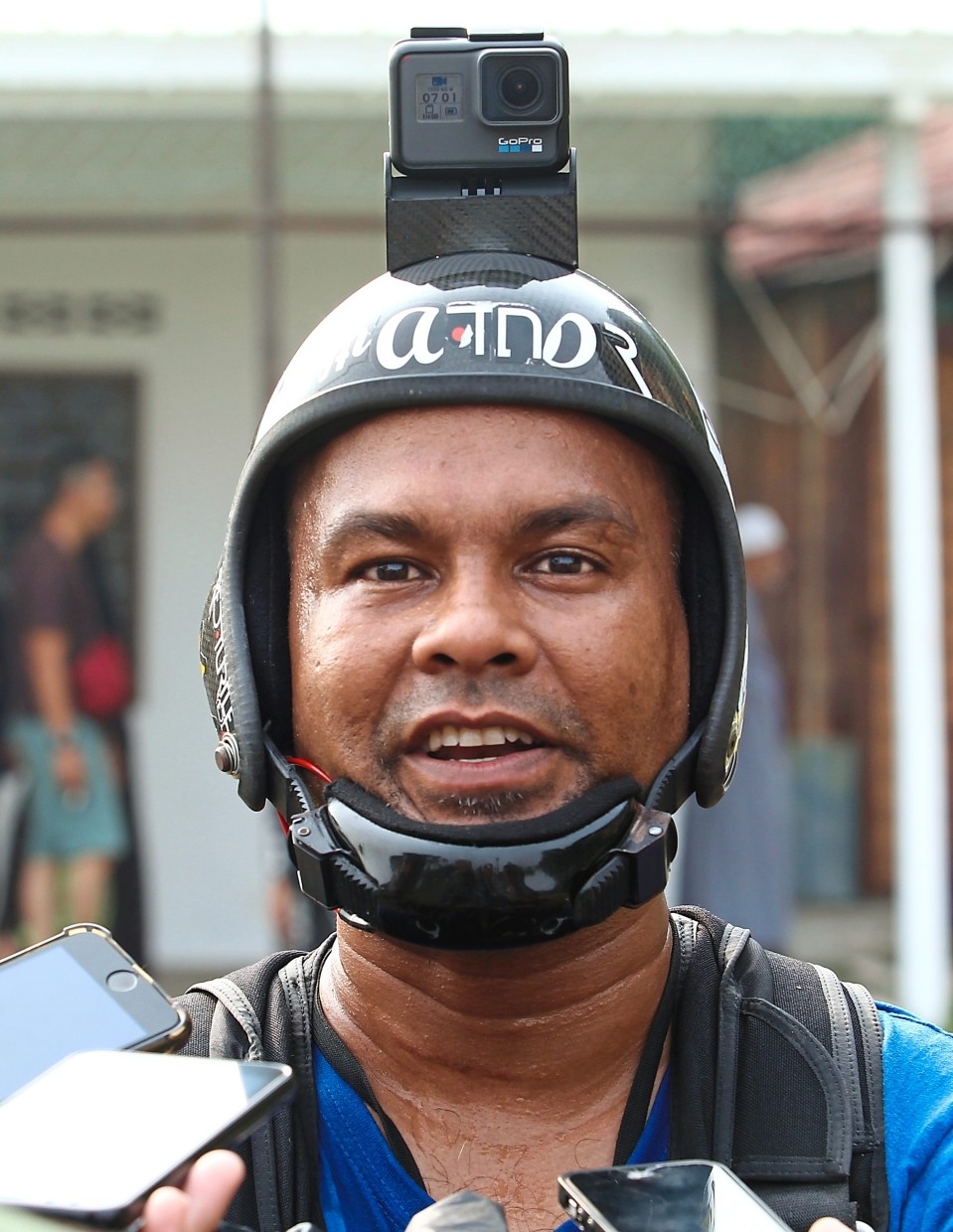 Mohd Nor is all smiles after making a safe landing.

Electronics company executive Mohd Nor Feirkan Razali from Ipoh was also a participant of the Gua Damai base jump.

The 42-year-old had a different introduction to base jumping.

“I come from a family with a few members in the military and I saw my father, uncle and brother do the jumps, so it sparked my interest.

“The idea to do base jumping was in my head since young. So I started asking my father about it. Later I managed to find a club that I could train for base jumping.”

Mohd Nor started out as a skydiver in 2014 then went into base jumping. 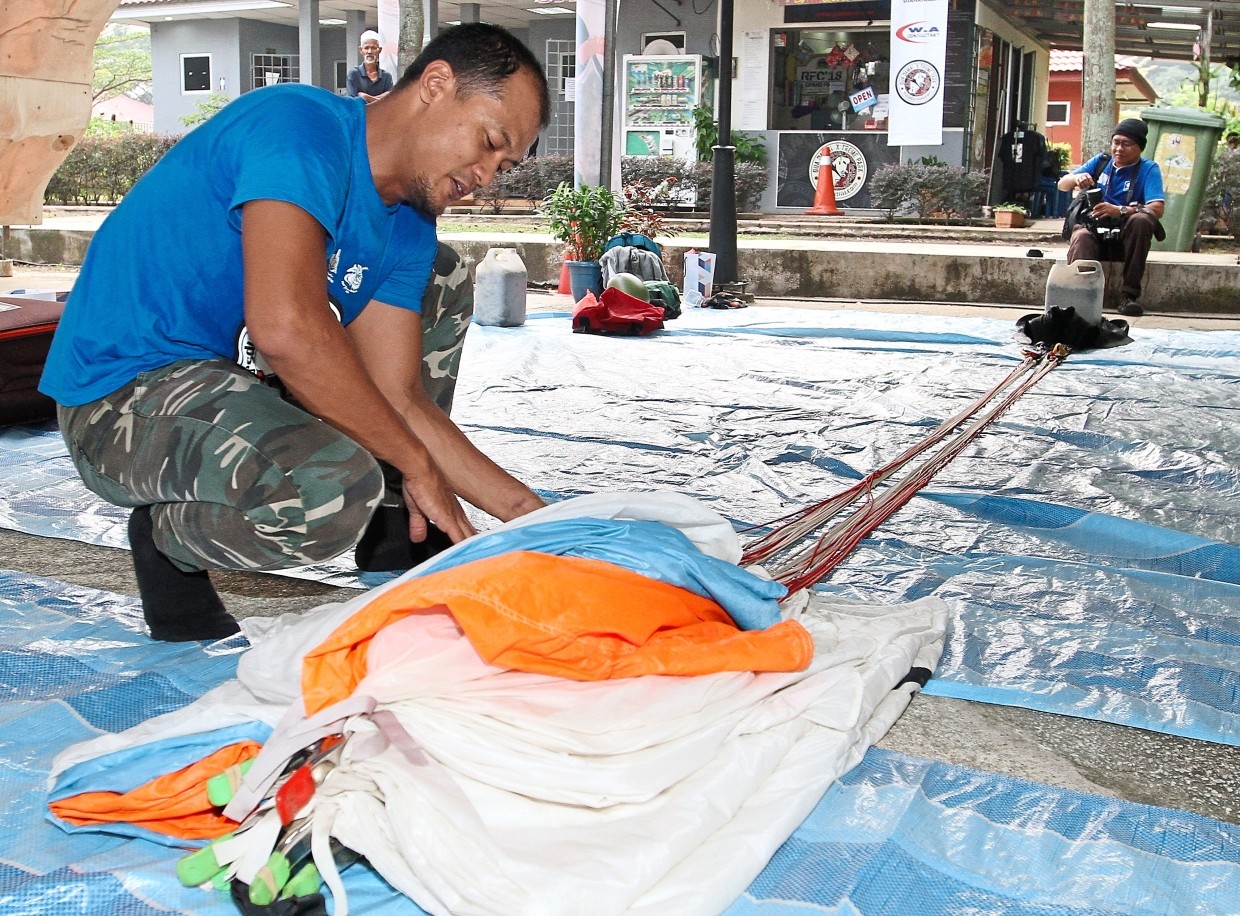 Base jumper Mohd Akmal preparing for his turn during the event.

Wira Adventures consultant and Gua Damai international base jump event director Mustapha Al Bakri said Gua Damai was the only cliff where base jumpers could legally jump off.

“It is a small cliff but it is well known among base jumpers.”

“It is 96m high with a jumping platform and a perfect landing space, ” he said.