Fun time for these youngsters as they try to lift up bottles using short poles at one of the game stalls.

SEVERAL streets in Taman Berjaya, Nibong Tebal, were aglow with multi-coloured lanterns as hundreds of children gathered to celebrate the Mid-Autumn Festival.

Accompanied by their parents, the children took a 30-minute stroll around the neighbourhood during the procession.

They also took part in various activities such as colouring contest.

Jawi assemblyman Jason H’ng Mooi Lye, who launched the event, said the celebration brought the communities together regardless of their racial or religious background.

“We unite the people and foster better friendship through such festival which is celebrated by all races.

“As we light up the town with lanterns, we bring joy to families as well, ” he said at the event on Sunday.

The annual event saw a new twist this year when the crowd also enjoyed free entry to a gated playground of a private company with colourful LED lights illuminating it.

The lantern parade came to an end after the participants passed through the 50m-long LED lights tunnel. 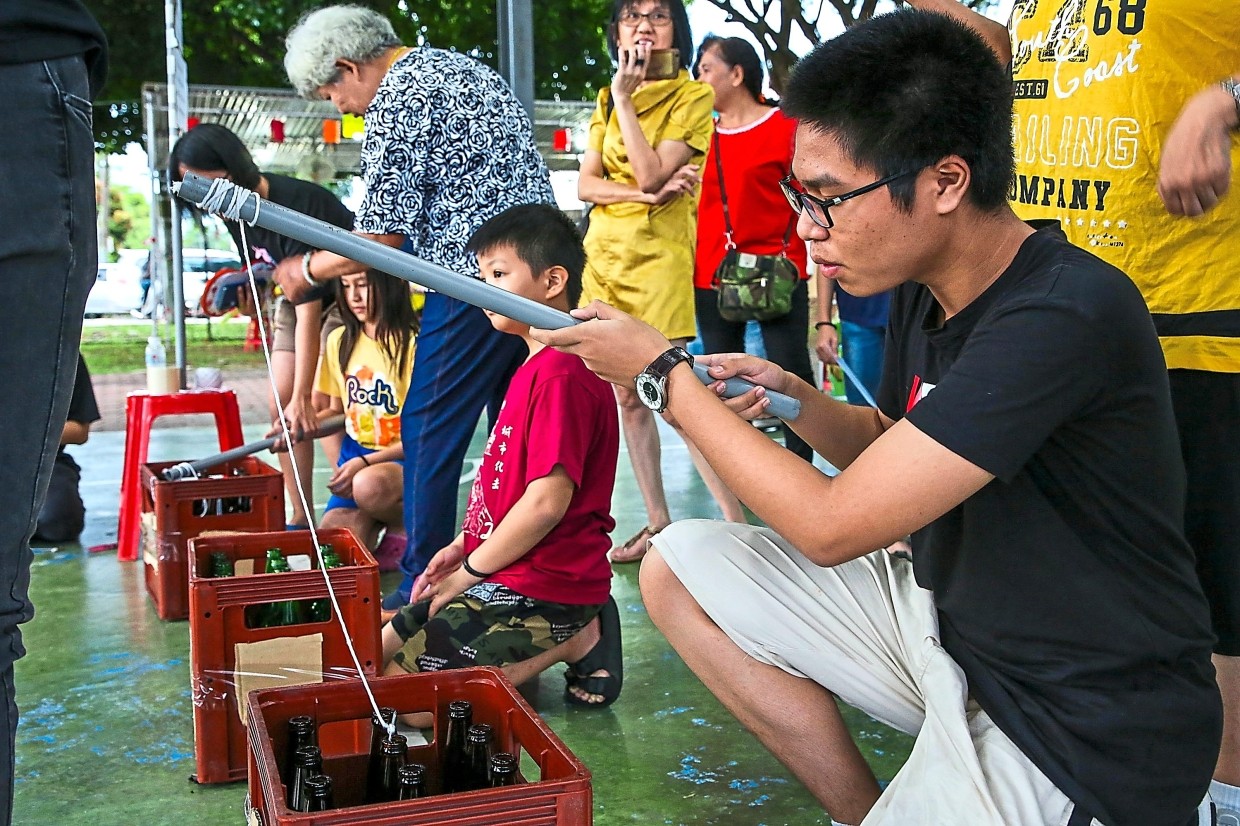 Fun time for these youngsters as they try to lift up bottles using short poles at one of the game stalls.

A group of children taking part in the colouring contest during the annual celebration.