Nor Hisham (left) exchanging documents with Zaharin after the signing of the memorandum of understanding. — Bernama

KUALA Lumpur City Hall (DBKL) will be giving Zoo Negara RM360,000 over a three-year period in sponsorship of three Malayan tiger cubs and their mother.

The cubs, named Melur, Wira and Hebat, were born on May 1 this year.

Kuala Lumpur mayor Datuk Nor Hisham Ahmad Dahlan said the donation was a corporate social responsibility initiative by DBKL to help protect and maintain the endangered tiger population in Malaysia.

The sponsorship covers food, maintenance and medical fees for the cubs and their mother.

“Currently, there are only about 150 Malayan tigers left in the jungles of Peninsular Malaysia. 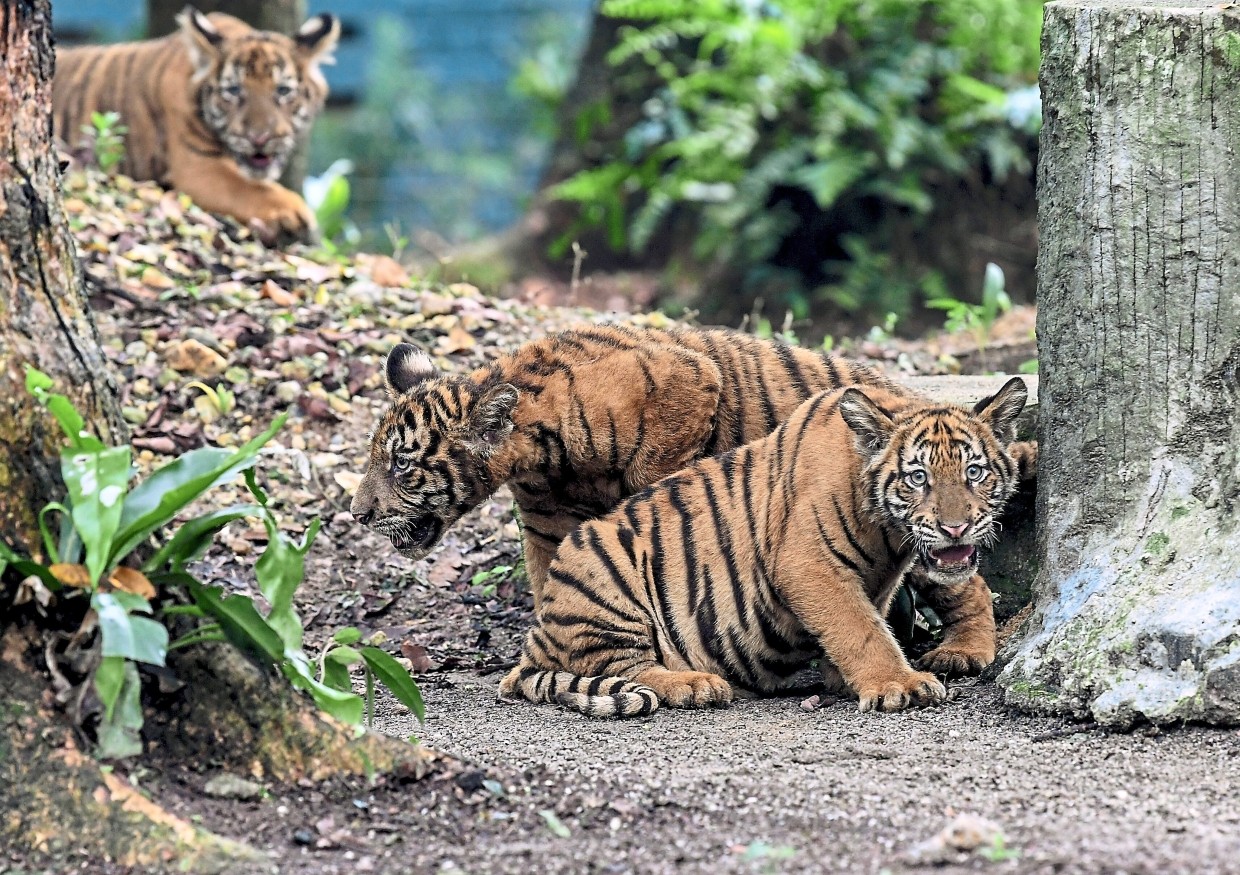 The three tiger cubs – Wira, Hebat and Melur – in their enclosure at Zoo Negara. — Bernama

“The Malayan tiger population has steadily declined over the years due to poaching.

“Our sponsorship is aimed at helping to preserve their population and preventing their extinction, ” said Nor Hisham.

The mayor was speaking during the signing of a memorandum of understanding (MOU) with Malaysian Zoological Society (MZS) which manages Zoo Negara.

The Malayan tiger, also known as “Panthera tigris jacksoni” is a protected species under the Wildlife Conservation Act 2010 (Act 716).

“It is important that the tiger population is maintained for future generations.”

“The cubs and their mother weigh 12kg and 100kg respectively and are in good health.

“The cubs are still suckling and sometimes they share their mother’s solid food.”

A total of 39 volunteers from DBKL also helped to clean the tigers’ enclosure.

The cubs were named by Tun Dr Siti Hasmah Mohd Ali, patron of the “Save Our Malayan Tigers” campaign, earlier this year.